The recent good weather coincided with some time off between jobs. I went up Liberty Ridge with skis three times.

June 25th: Up Liberty Ridge to Summit, down Emmons. I spent the whole way up considering whether I wanted to ski the ridge. Conditions were great: continuous snow the whole way up to the bergschrund, a convenient bridge around the 'schrund, and then a bit of exposed glacier ice on the cap. I was feeling bad and was uncertain about navigating the glacier ice at the top and the overbaked baked South aspects. I bailed. Partway down the Emmons, I ran into Kyle and Anthony in their Tahoma linkup.

July 5th: Up Liberty Ridge to Liberty Cap, ski down Liberty Ridge by the original Landry Route. I started two hours earlier on this trip 12:30am, the same time as Nicole and Riley, who were also looking to ski the ridge. Around 10am, a cloud settled over Liberty Cap. The last few hundred feet below the cap had some new snow plastered on, and I spent a lot of time mapping out the descent in low visibility. I kept skis on the whole way down, using two ice axes to traverse the icy bit above the 'schrund. I exited the cloud 1/3 of the way down, switched to regular ski poles, and found nice firm corn on the North side of the Ridge.

July 8th: Up Liberty Ridge to Summit, down Emmons. On July 7th, I picked up some skis from Connor, a stranger from Facebook. We got to talking and realized we shared a vision for a ski linkup involving a double-summit of the mountain. We met back at White River that night at 1am. Two parties had camped at Thumb Rock the night before, and we took advantage of their deep bootpack. We reached both groups at the Black Pyramid took our turn trailbreaking in deep powder. It was slow, exhausting work. We reached the summit at 1:30pm, well behind schedule. Connor was out of time for the linkup, and I was falling asleep walking. We bailed down the Emmons in firm conditions. The last snow bridge to get the corridor was very thin. Connor set up a belay. I was happy to be on a rope.

In these fat conditions, the climb is technically easy but still dangerous. Every trip I experienced close small rockfall that could knock someone out. I found the ski to be technically difficult because it forces you onto different aspects and constantly changing snow conditions. I'm grateful to have gotten away with it. If I retry the linkup we envisioned, it will probably be by a different route. 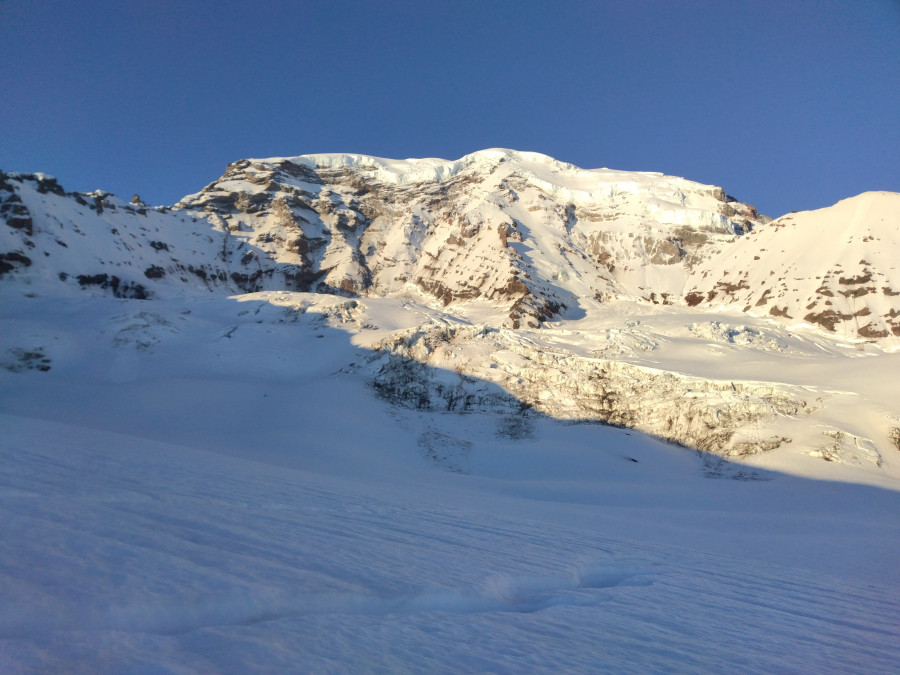 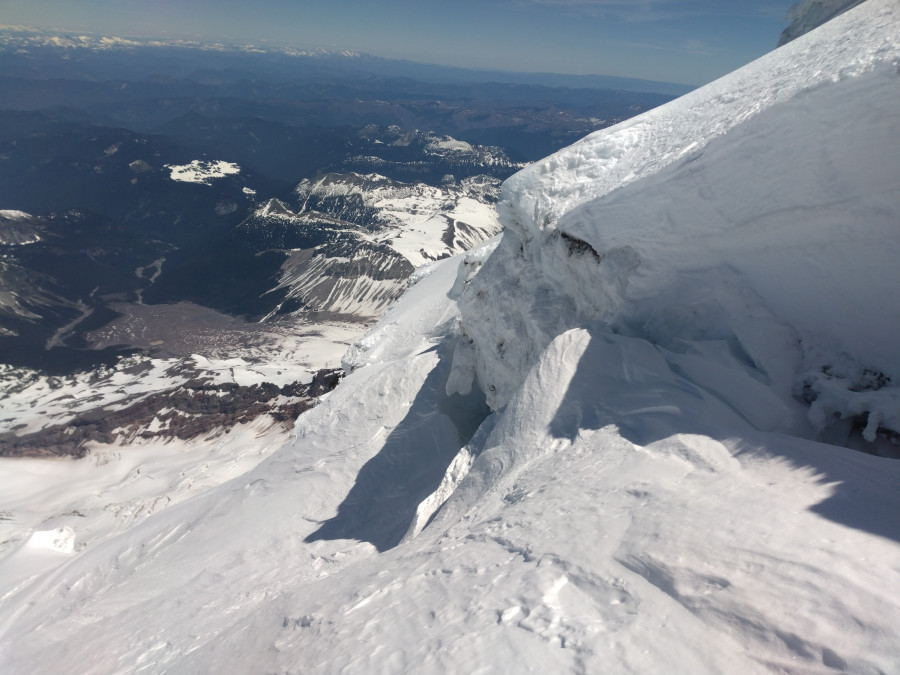 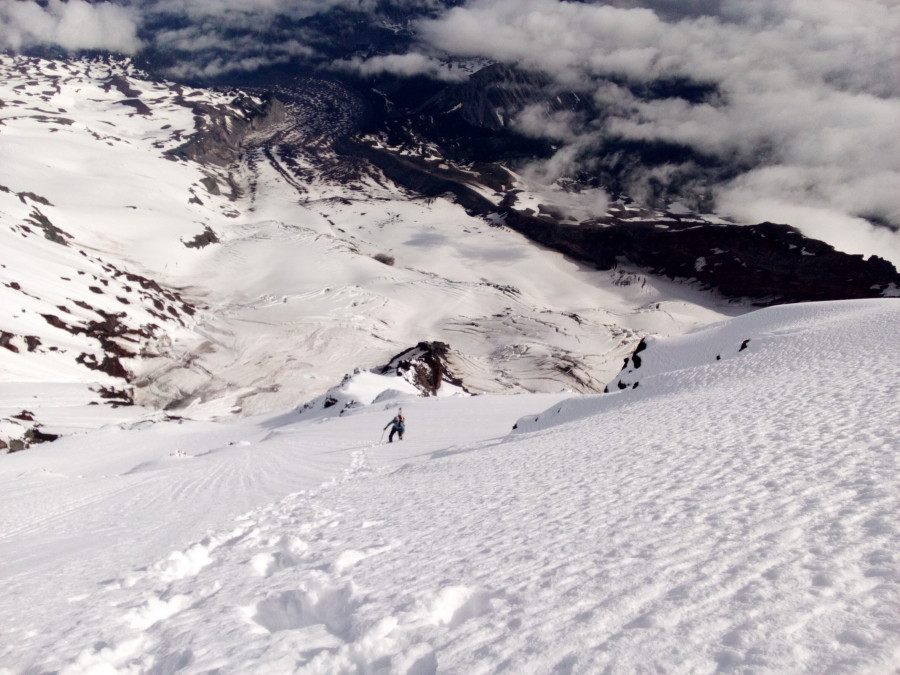 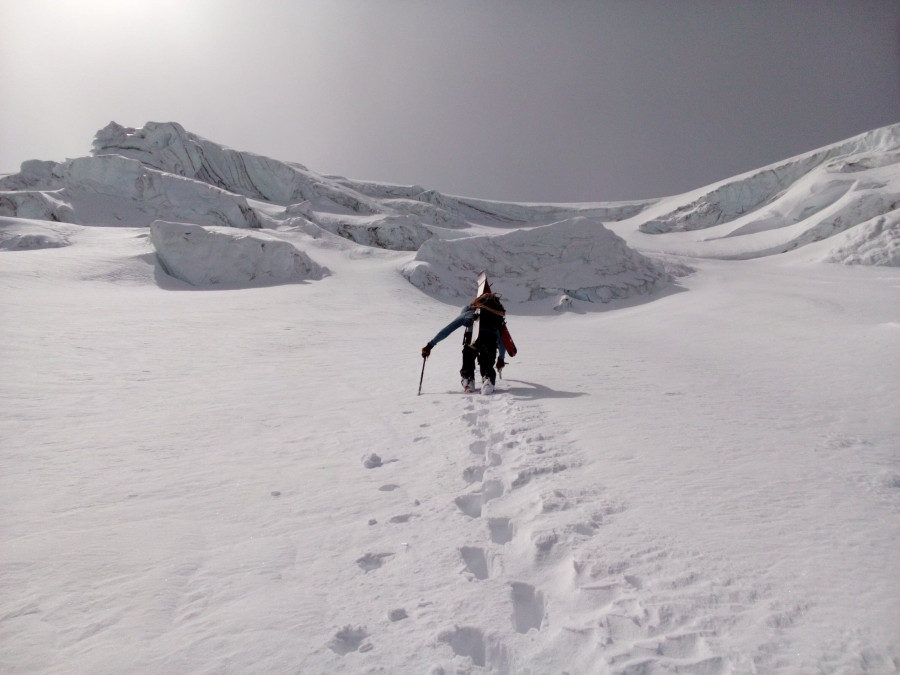 Love the persistence. Congrats on getting one of the big fish, and doing it on your own terms!

Good to recognize those times when we get away with it, stoked for your descent of the gnar

3x up Liberty Ridge in one season with skis.  Impressive!