Little Tahoma + Big Tahoma and the Worst Descent of My Life

Anthony and I finally attempted his dream of skiing Little T and Big T in a day. We approached from Summerland and Little T was great corn at 9 AM. We used the gully just above K Spire to connect down to the Emmons Glacier and crossed it around 7900 ft. Then we continued up the Emmons to the summit. The upper Emmons was all ice and sastrugi above 12.5k, even with the heat wave. We summited around 5:30 and skied down. The upper icy stuff was manageable but the real nastiness came beneath 12.5k, where the snow had softened and then refroze into a terrible skied out, booted out resort chunderfield of ice balls. It was so bad that Anthony walked down this section. Interglacier was bottomless schmoo. Got creeked out on the White River exit, had to cross a wet log to get to the trail. Ouch.

I think it is really hard to get both Little T and Big T timed correctly in a single day. Also, it was physically really hard, 14.5k ft of gain and all that time spent on glaciers at relatively high altitude. This one hurt a bit more than we expected.

Has anyone else attempted this crazy idea? How did it go? 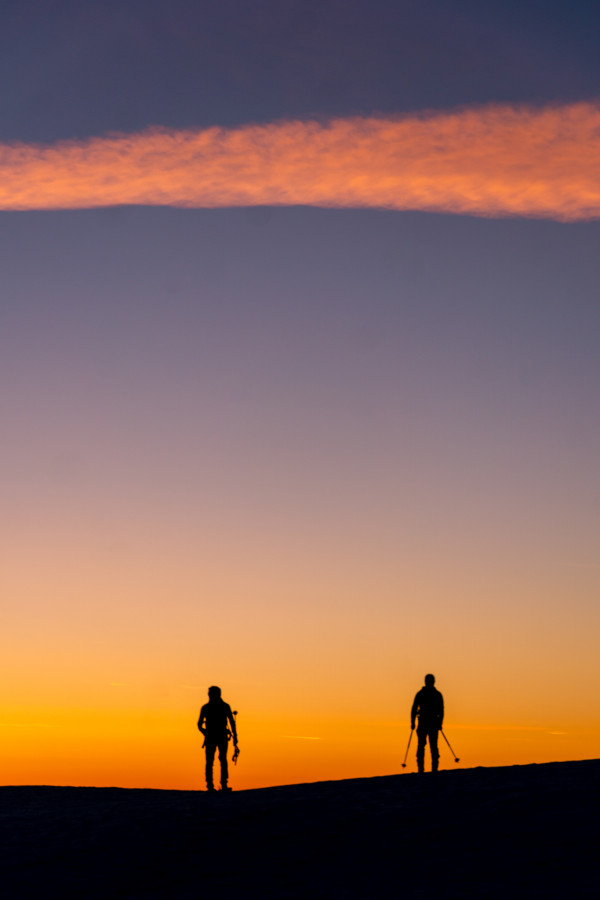 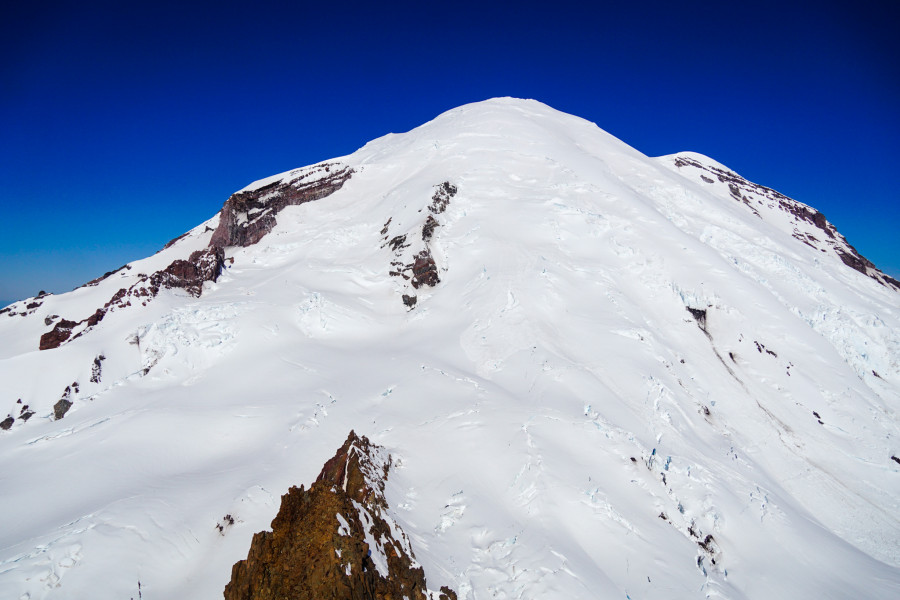 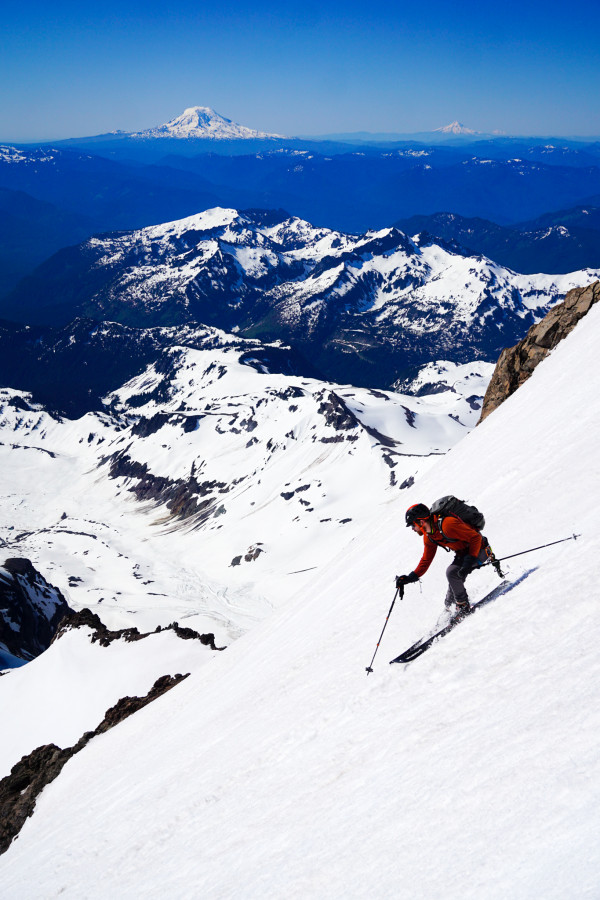 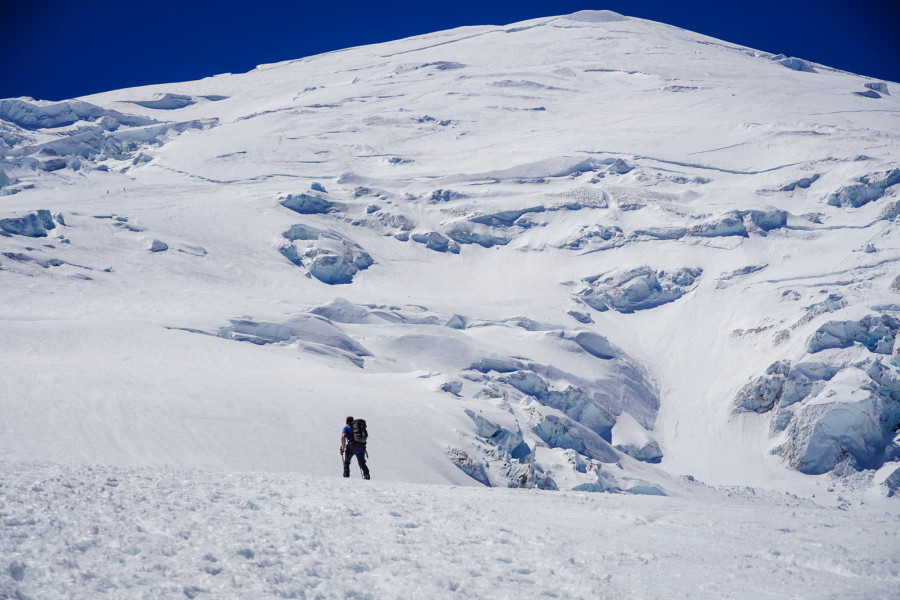 Looking back on little t 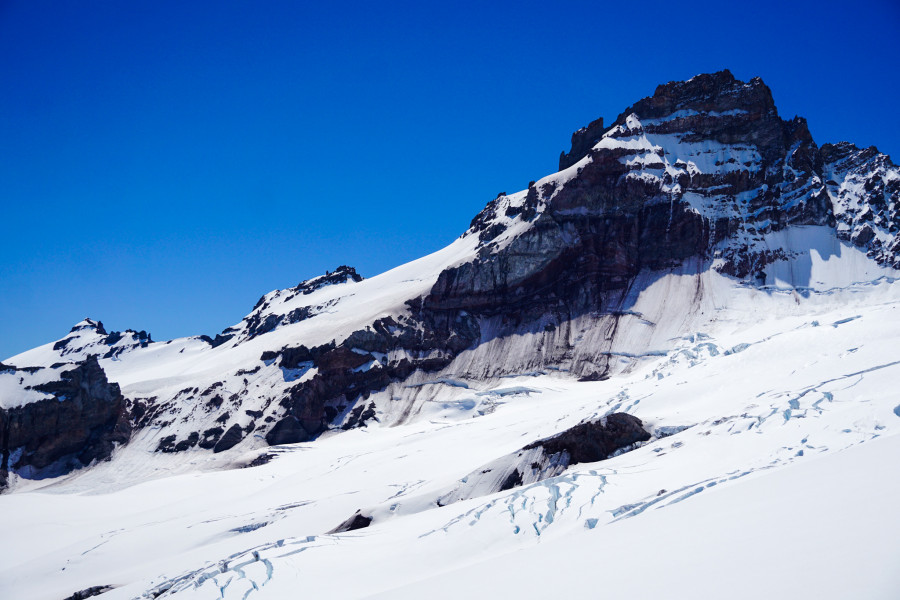 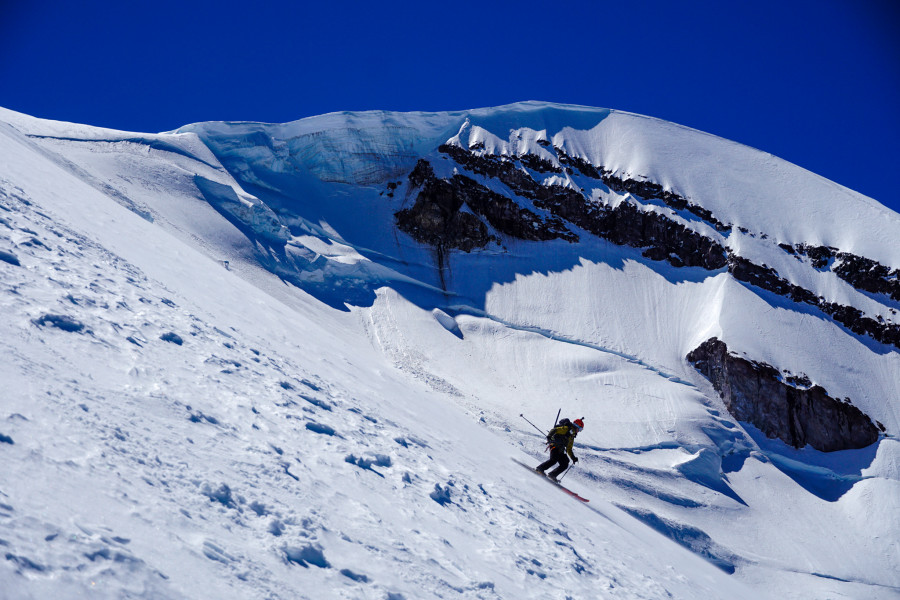 "Resort chunderfield of ice balls"... "bottomless schmoo"... Lol! This is by far my favorite type of TR--what a sufferfest. Strong work, and beautiful photos. Looks like you at least found some enviable corn conditions on Little T.

I've been reading a lot Dr. Seuss's ABCs to my daughter lately, IYKYK. In the style of the Dr.:

@waveshello I love it! Maybe you should write a T-themed Dr. Suess book for your daughter!