On Saturday Dan and I did the Monika Traverse, minus actually summiting Shuksan from the top of Hell's Highway. We were a couple hours slower than we were hoping so decided to get out of there. Which means now we get to go back and do it again.

Thanks to the prior art for inspiration!

We took the same route as Ben--Squak to Park to Fisher Chimneys to Sulphide. But we opted to skip the bike shuttle finish and instead used our cars :).

It took us 20 hours trailhead to trailhead. Damn Ben is fast! (16 hrs with summiting Shuksan) 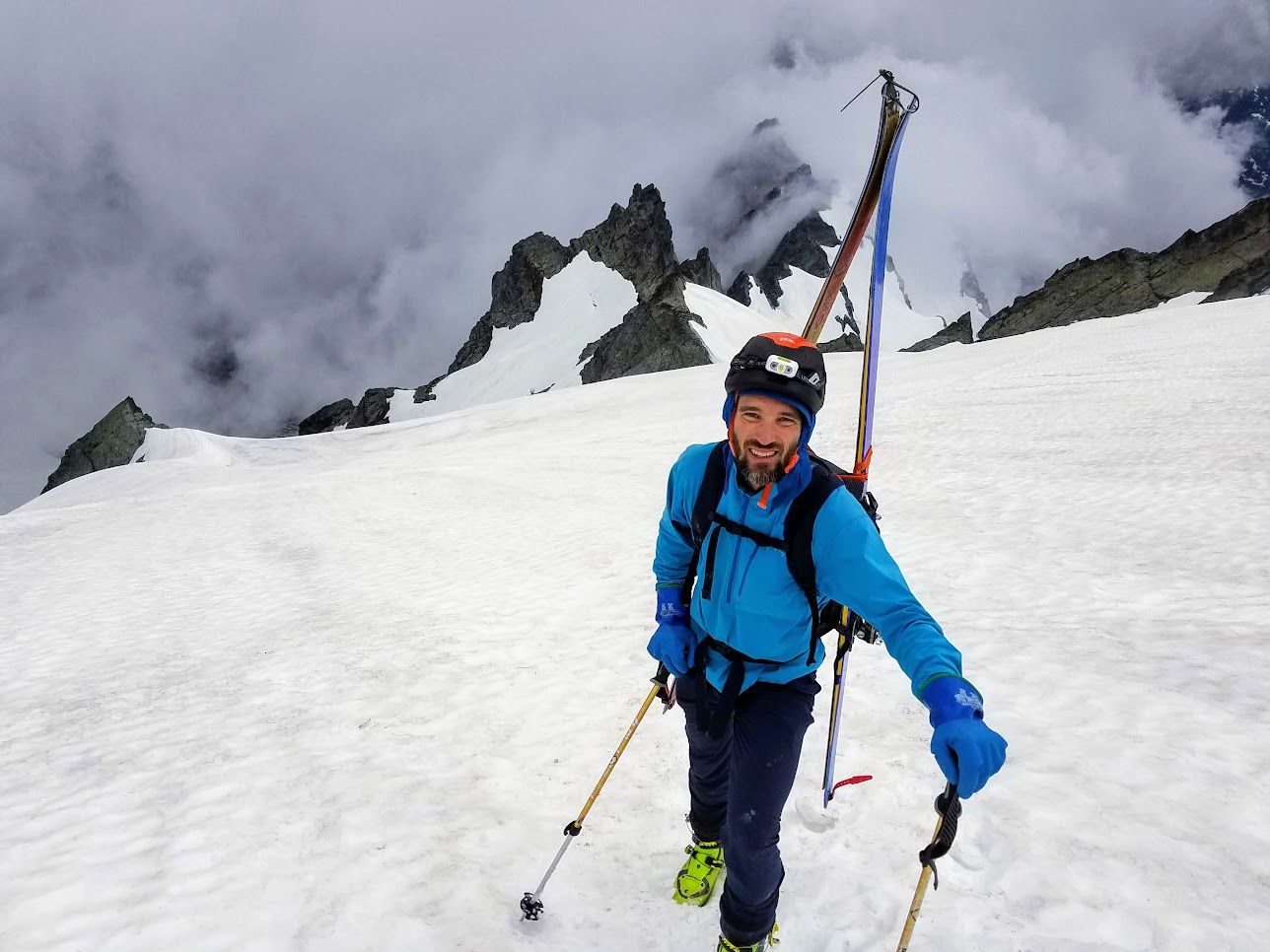 Did you get eyes on the Park Headwall 'schrund?

Sick, Dylan! I can see the ripping Park Glacier video but not your pictures. The bike shuttle sucked. 😅

Too Funny! I did the same traverse with a friend from Bham the day after you guys did. We appreciated having a set of tracks to follow but never thought it might be the same set of tracks the whole time. How about that pollen? We ended up not using skins for a big portion of the trip, just using it as kick wax instead (our attempt at finding a silver lining). Having to push to ski down 15-20 degree slopes was pretty rough though.

We also wimped out on the bike shuttle. We did attempt a Shuksan summit, but after watching a big wet slide run down the runnel off the summit I decided the mountain was telling us to call it a day. I was probably 100-200' below the top.

What a great route!

Sorry a bit late for your headwall beta but at that point it went on far skier's right, when I looked back from below.

No way Allen that's so awesome! The pollen was really bad, yes. It was a recurrent subject of discussion as you can imagine. Dan hypothesized that perhaps it could be a reaction to the previous summer's stress?

That’s awesome you guys. Some serious motors by you all, nicely done!