Home > Trip Reports > Kaleetan & everything else

On the last day of 2021 Lucas Cairns, Jeff Wong and I bagged a (presumably) rare early-season descent from the summit of Kaleetan. We approached via Bryant Col & Melakwa Lake. The crux of the route was gaining the south ridge via a steep bootpack through feet of unconsolidated snow. The upper south face is littered with rocks and ice that are barely covered with snow, which makes for unpleasant climbing and skiing. Further down the skiing was quite good. The day started out clear but as we approached the summit we were enveloped by cloud, fog, and eventually snow.  Below are a few photos from the ascent - due to poor visibility I didn’t get any footage of the descent.

Could we have gone somewhere else and found better quality skiing for less effort? Certainly. Did I do that every other day this week? Certainly! As far as I’m concerned this was the best week in the history of Snoqualmie Pass, hopefully everyone got some. Here’s a video edit with some ski footage from the rest of the week: 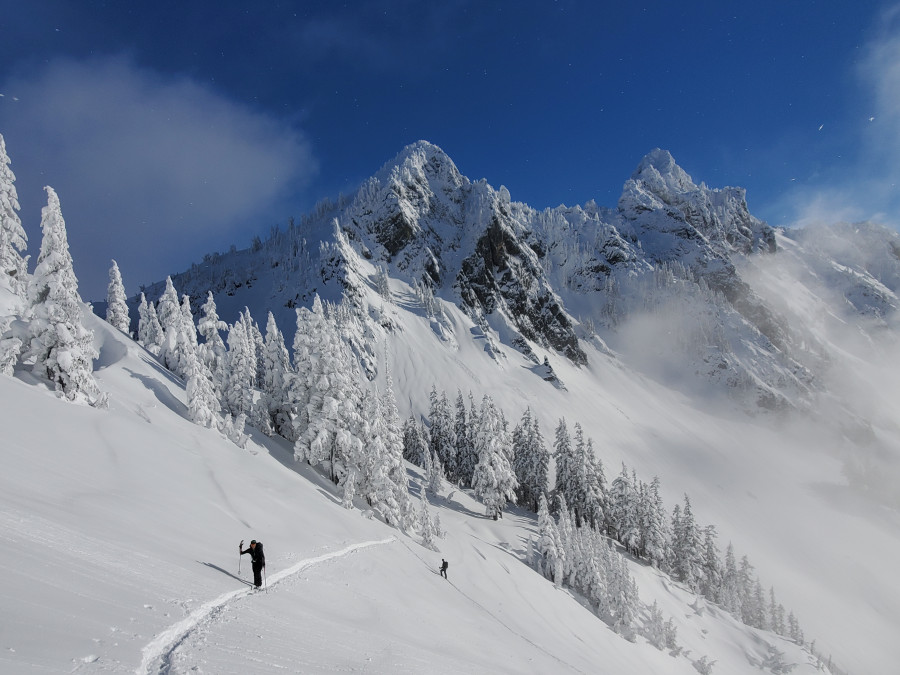 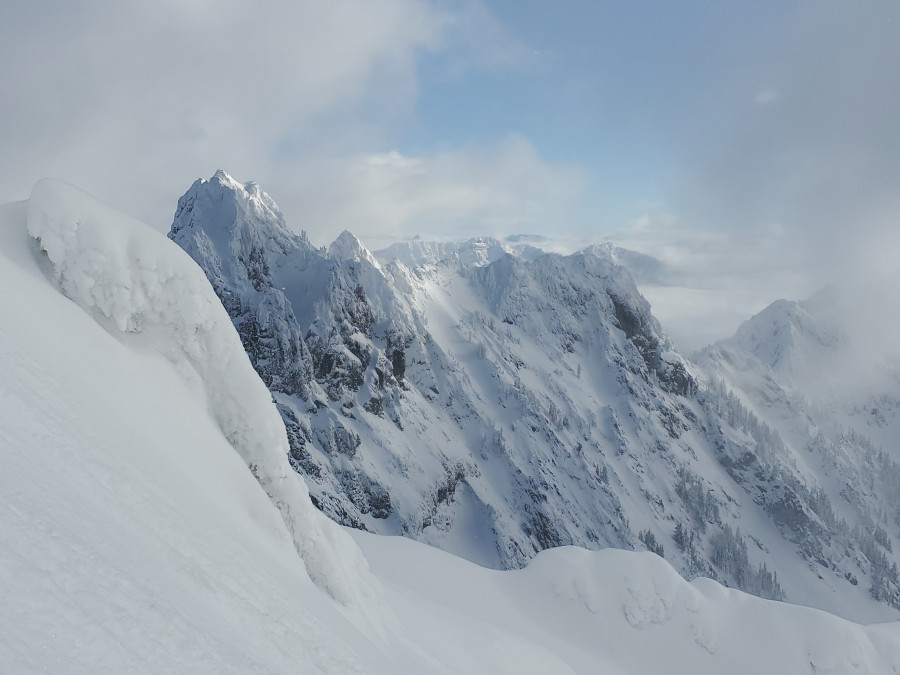 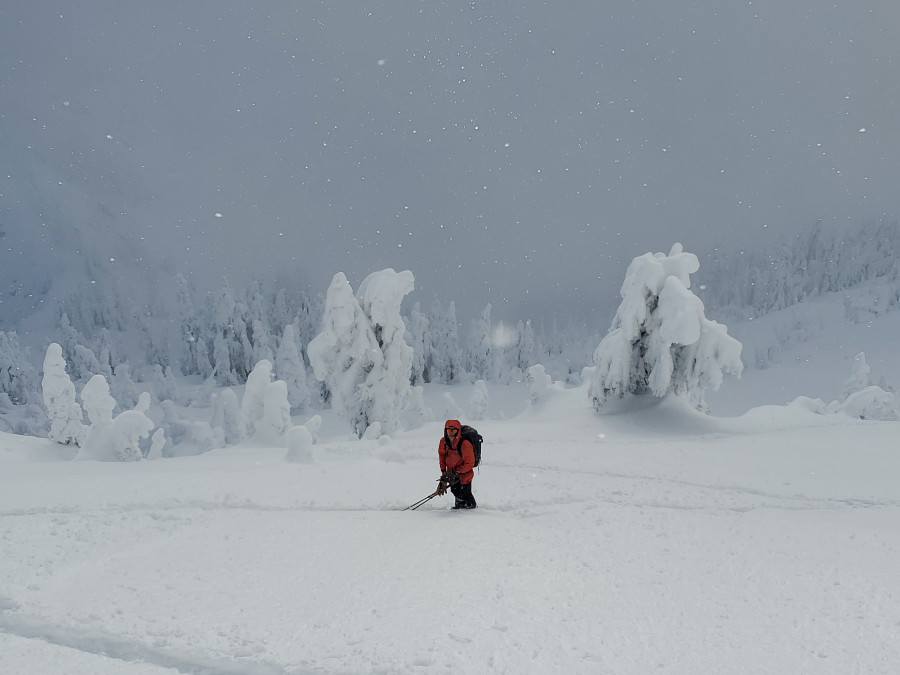 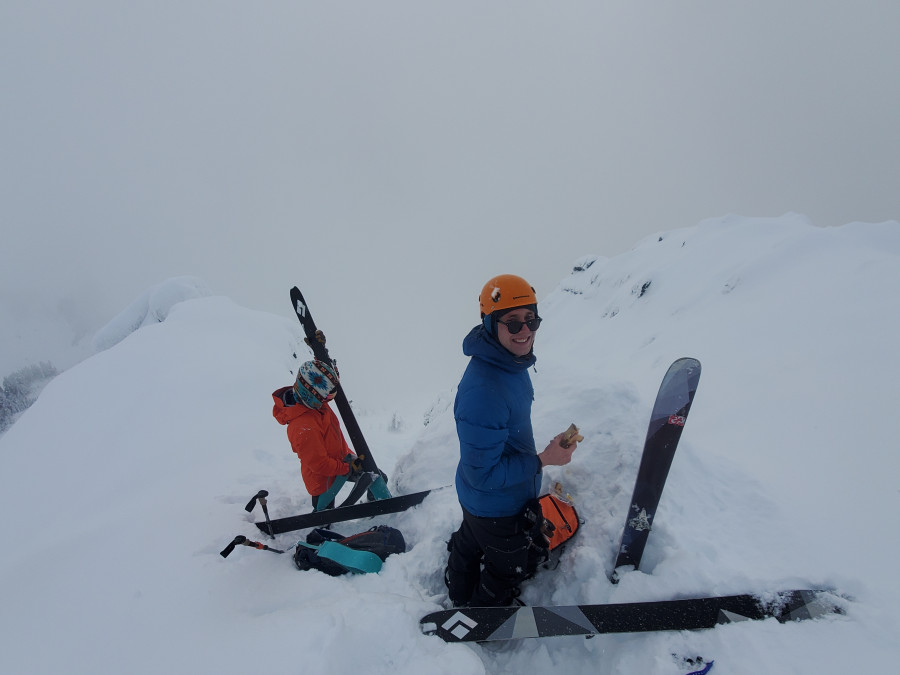 A wonderful video of "The Pass Area".😀

Nice video of backside of Hyak ;)

"I don't always go skiing, but when I do I get walled in on the backside of Hyak"

- The Most Interesting Man at the Pass