6/21/14
WA Cascades West Slopes Central
5263
6
Posted by kamtron on 6/27/14 6:07am
Went to check out Mt Maude with Eric and Dave, along with Justin, Samy, and Meira who did a mellower ski over spider gap. We camped in Spider Meadow, which still has snow. We were told by the ranger that there was "snow at the end of the road", which was a lie as far as I can tell! Massive trees across the trail in spots from avalanches this season.

We did the traversing approach to the N face from Seven Fingered Jack-Maude col, where we found snow that was already soft from the morning sun at 10am. The more northerly aspect of the face itself was firmer as we climbed that side (to avoid being under the cornice). However, the snow that we'd found on the traverse, indicative of a poor refreeze, and a close call with a loose rock had us concerned enough to bag the idea of skiing the N face. Instead, we headed S towards ice lakes. The climb alone was pretty rad, with exposed scrambling in crampons and one or two steps across deep moats. We had to walk down loose jumbled rocks between skiable bits on the S face but managed a run to the lakes before more walking and skiing took us back to our shoes at Leroy basin.

It was quite a beautiful day in the mountains, despite not skiing the line and having significant amount of walking with skis. The N face was continuous down to Entiat river with a number of runnels and glide cracks to keep you on your toes.
6/30/14 1:12am
avajane
Fotified! 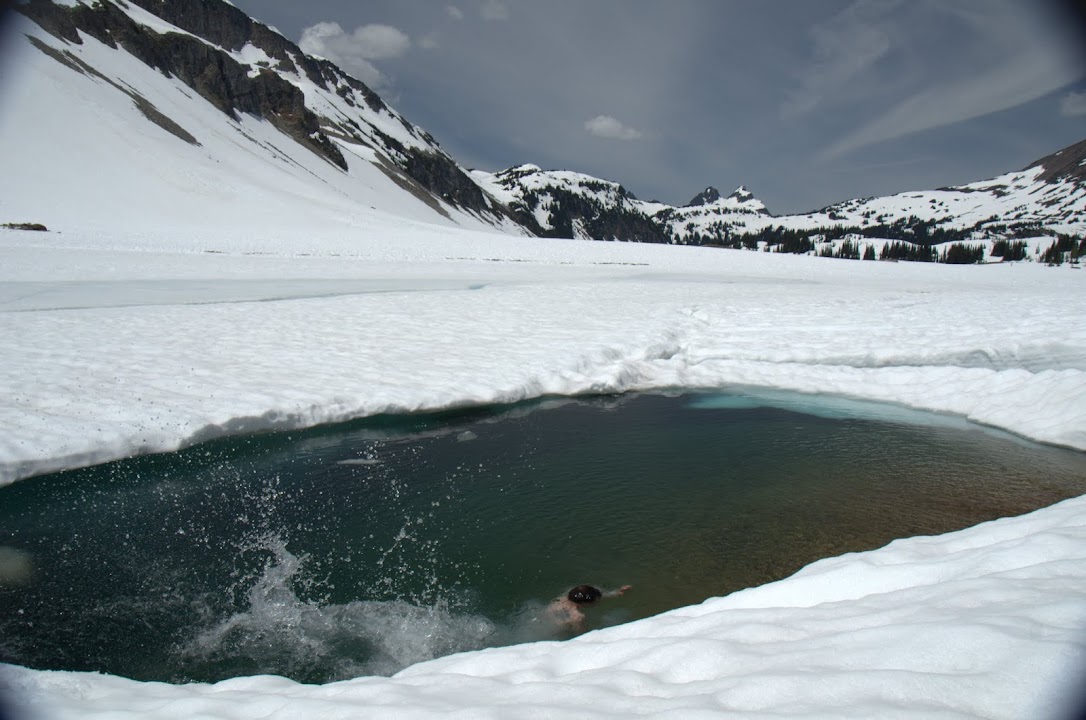 7/1/14 2:05pm
jasongriffith
I've got photos of you guys on the traverse and NF, taken from Fernow.  Shoot me a PM if you want them.  We were hoping that we could watch you descend the NF, we had the best seats in the house!
7/3/14 6:45am
jtack
WOW nice lemonade out lemons! And huge huge polar bear points, sure glad I was not on that trip, or I would have been honor bound to get wet!
7/6/14 7:42am
kamtron
Thanks! Justin definitely wins on polar bear points. I heard he was close to passing out after diving in deep for his sunglasses. The rest of us sure had wet feet from the multiple stream crossings and endless postholing...
7/10/14 7:14am
kamtron
Quite the photo by Jason: 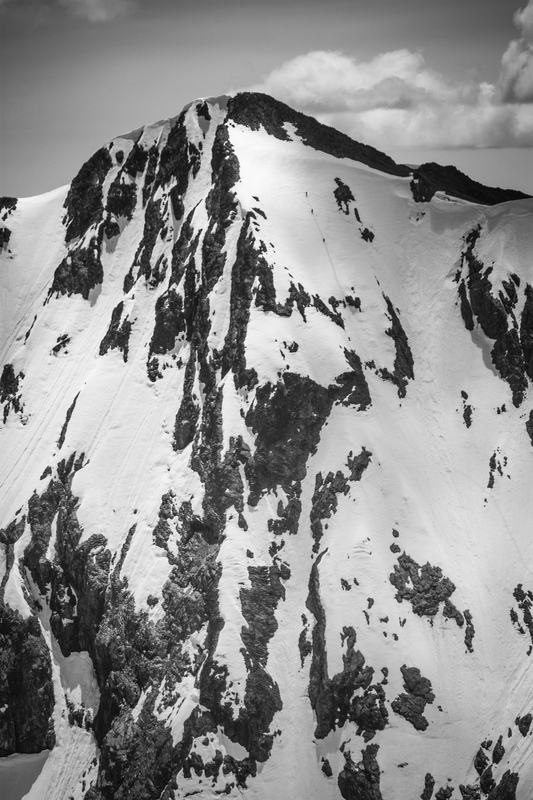