A low elevation, west-facing couloir doesn´t normally scream "bring your snorkel". But this week isn´t normal, is it?

Over the previous two days I had observed phenomenal snow quality on virtually all aspects and elevations in the Snoqualmie Pass area. The timing was perfect to go for a route that wouldn´t normally be in great shape. I chose the Oyster Couloir on Wright Mountain, a line that had called my attention a couple years ago while exiting from Holy Diver. There was a trip report earlier this season about the Oyster not being filled in, and some speculation about when it might actually be skiable. Well, it´s in now.

On Wednesday morning I cruised up and over Snow Lake divide with zero wind and intermittent snow flurries, and skinned halfway across Snow Lake. Someone had put in a skin track along the summer trail to Wright Knob, so I followed it to their turn-around point and broke trail from there. This route is less direct than the approach I´d used for Wright in the past, which starts further up Snow Lake, but the ridge walk allowed me to snap some great photos of the surrounding peaks which may be of interest to those planning trips to this zone in the coming days.

The summit of Wright is fairly exposed, with huge cornices on N-E aspects and steep, rocky, shrubby terrain on S-W aspects. The Oyster Couloir does not drop from the summit, you have to descend maybe 100 feet of the west ridge to reach the entrance. I didn´t like the terrain or the snow setup in this section so I downclimbed about 50 feet to a spot where I could click in and ski the rest of the way to the couloir entrance. After that it was blower all the way to the valley floor. I can´t comment on the presence of PWL in this zone since I didn´t dig for it, but hand pits revealed a right-side-up upper snowpack with no obvious layers of concern.

The couloir itself is quite steep and narrow. There are 2 chokes with some open terrain in between. The line faces west and it´s not hard to imagine it being a nightmare once it´s been sun-baked, melted out etc. But for now, the amazing powder and deep snowpack make for a really fun, fast ski descent. It was sluffing like crazy but that only added to the excitement. About 1300 feet of some of the best turns of my life and I reached the valley floor. From there I followed the standard exit route from Holy Diver/Wildcat Lake up to the shoulder of Roosevelt. The remaining descents to Snow Lake and Source Lake also skied great, with a bit of sun crust starting to form on S aspects in the vicinity of Source Lake.

This is definitely not a tour for the whole family, and I wouldn´t expect the benign conditions I found yesterday to be present on more than a handful of days per season. But if you´re confident in your ability to flash the Slot or the Crooked in a variety of conditions, with some summit shenanigans thrown in for good measure, then the Oyster is your world! Or is is the other way around?

***does anyone know the name of the couloir in the center of photo #3 that drops from the low point on the Kaleetan-Roosevelt ridge? Lucas and I skied that a few weeks ago, I´m sure it sees plenty of traffic since it´s a short detour that would tempt anyone doing the Chair circumnav, but I couldn´t find a mention of it anywhere. 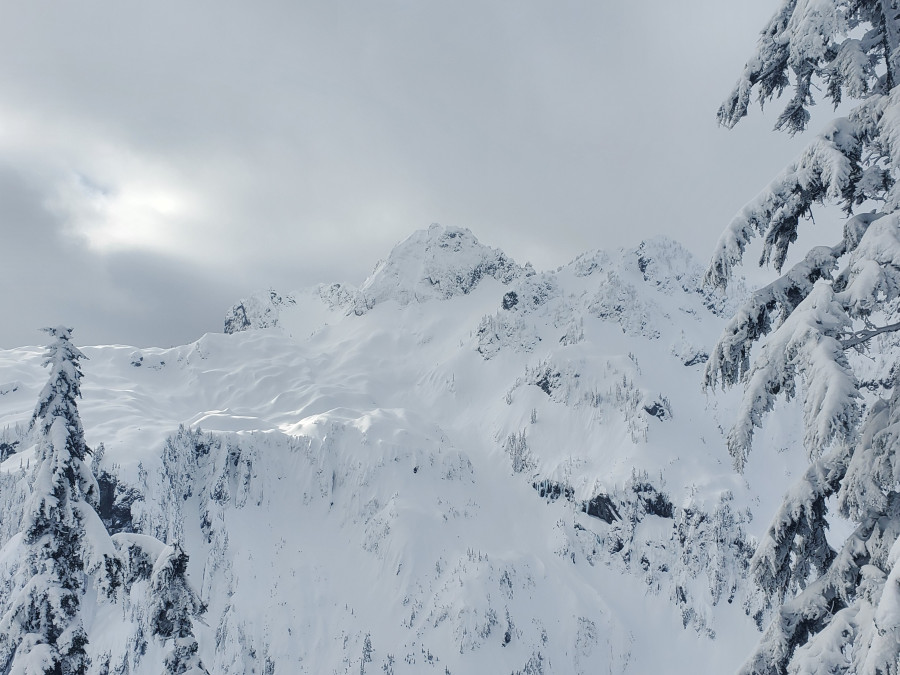 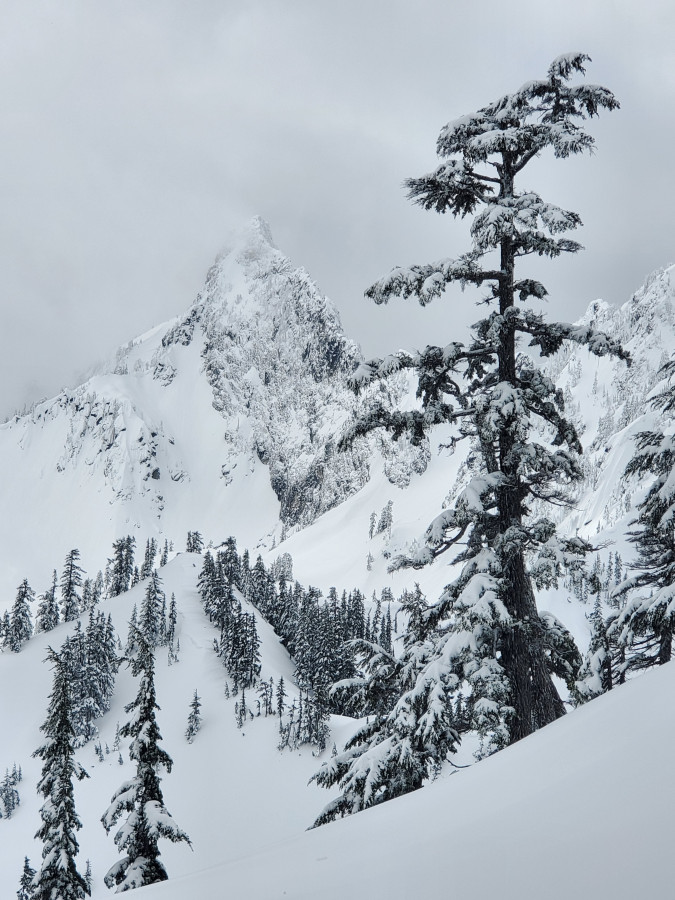 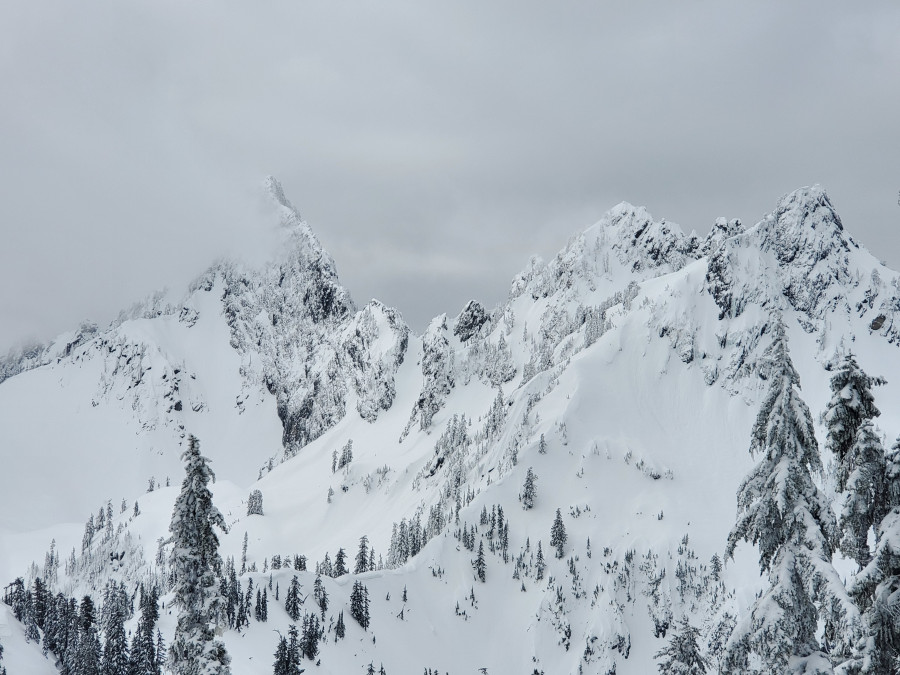 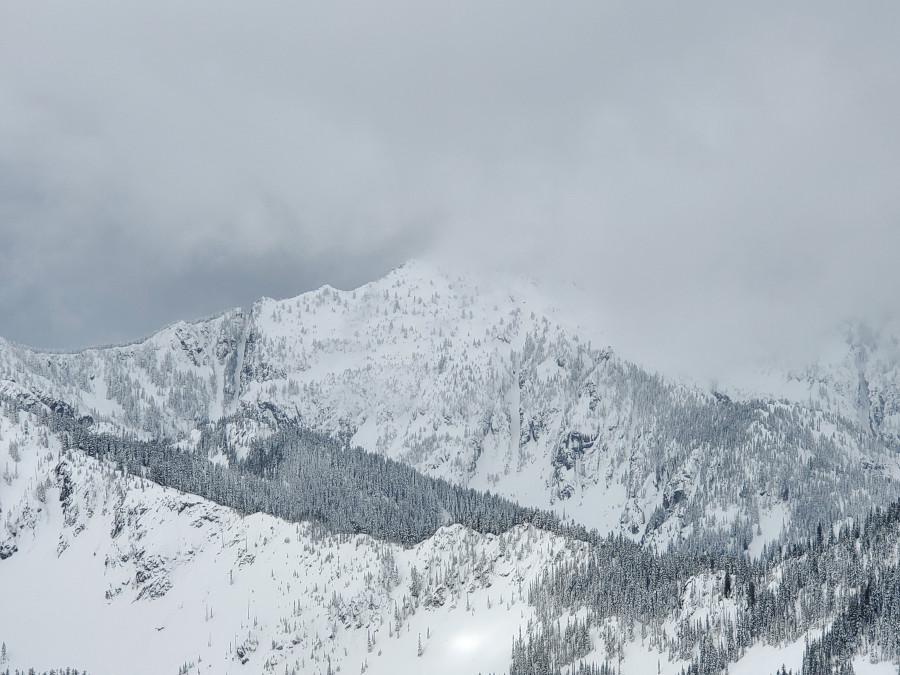 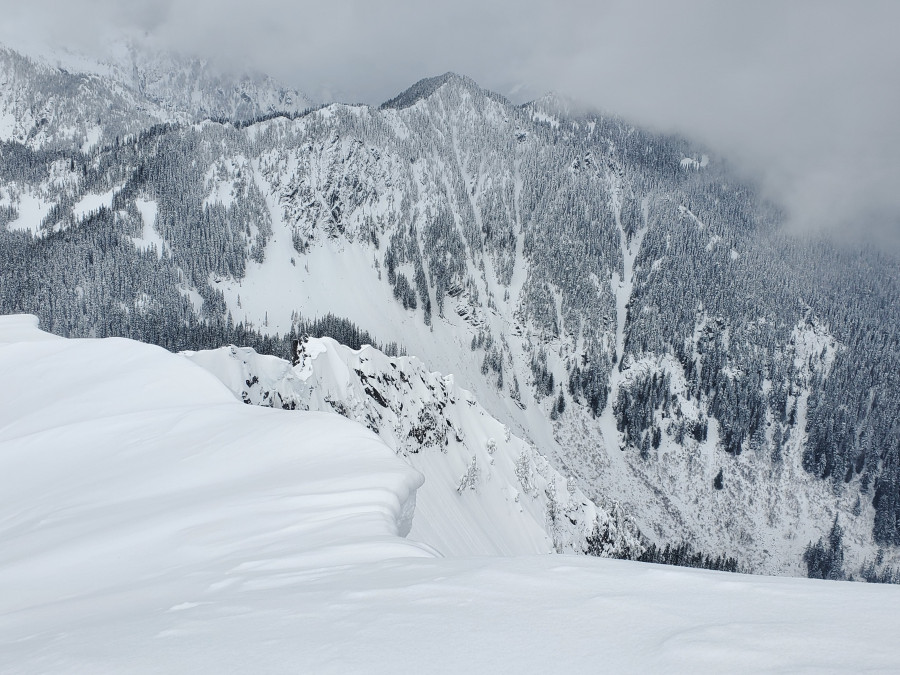 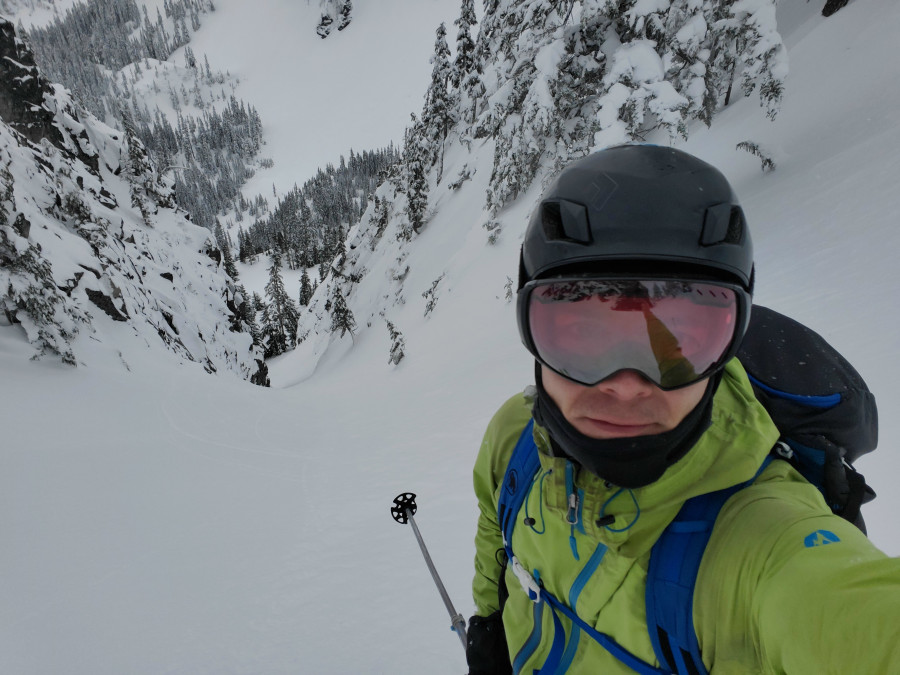 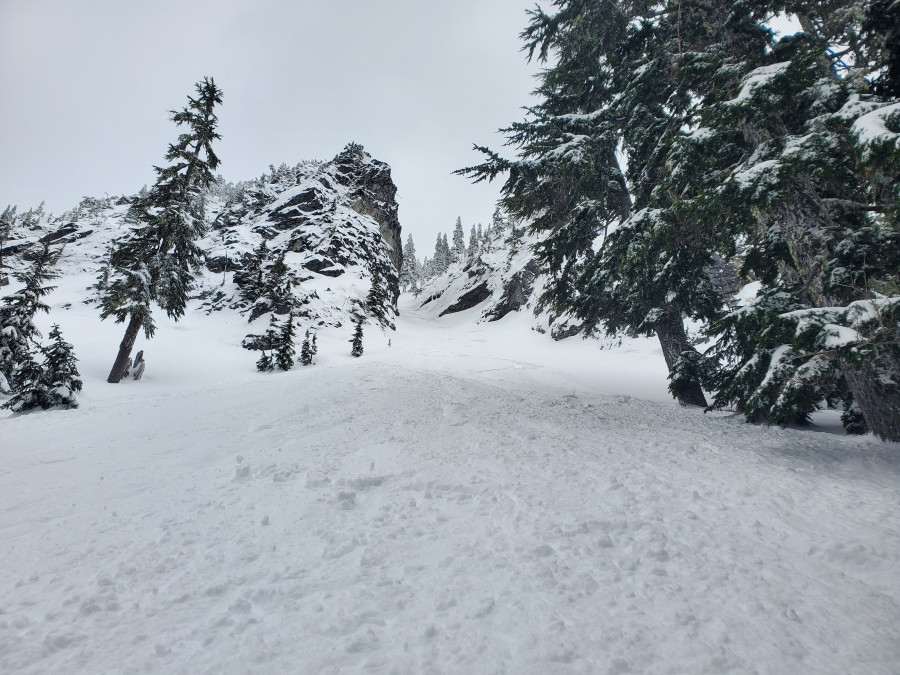 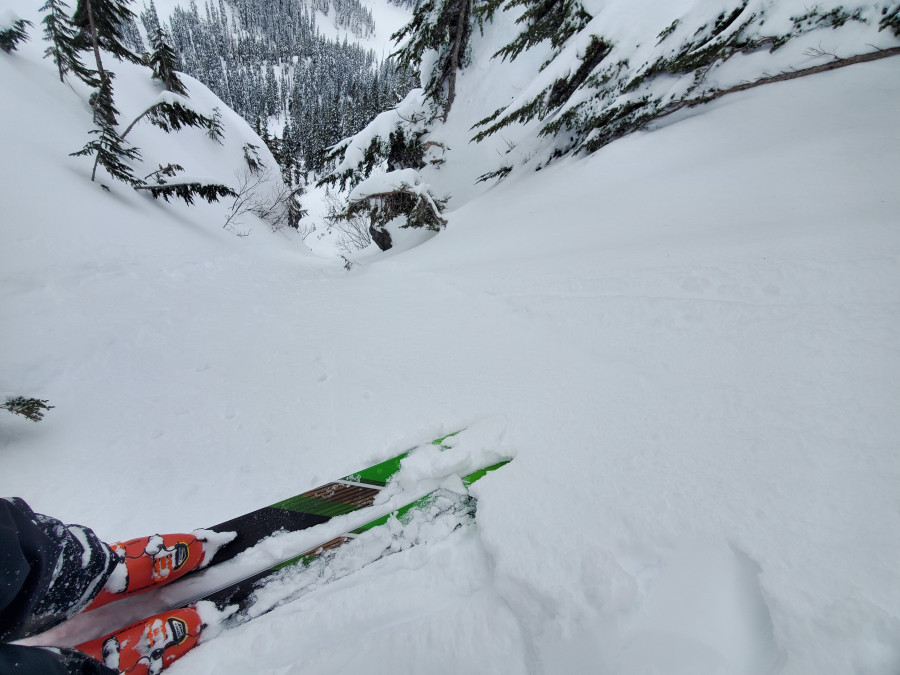 Good looking line. Thanks for the conditions update and photos!

Looks like good skiing but I'd poop my pants out there alone in these conditions.