Over the years I have been, mostly by happenstance, skiing with Mike on his birthday. As many of you know he has a tradition that could scar many viewers for life, so if you are of tender constitution, turn back now. As it turned out it was a truly rainy, sticky snow day, and I was slow to start.  Not Mike, he had a crew lined up, they were however unaware of the task that lay ahead. As they trudged up through the rain and fog, Miked explained his traditional ski attire for the birthday ski. They were game, they would record for posterity the blessed event.  Thankfully I was able to share a beer, and hear the story of skiing au naturel in the rain. Because it is such a momentous ski day, I feel like it’s my duty to share his exuberance on his favorite skiing form. Hopefully I can make the picture stick. 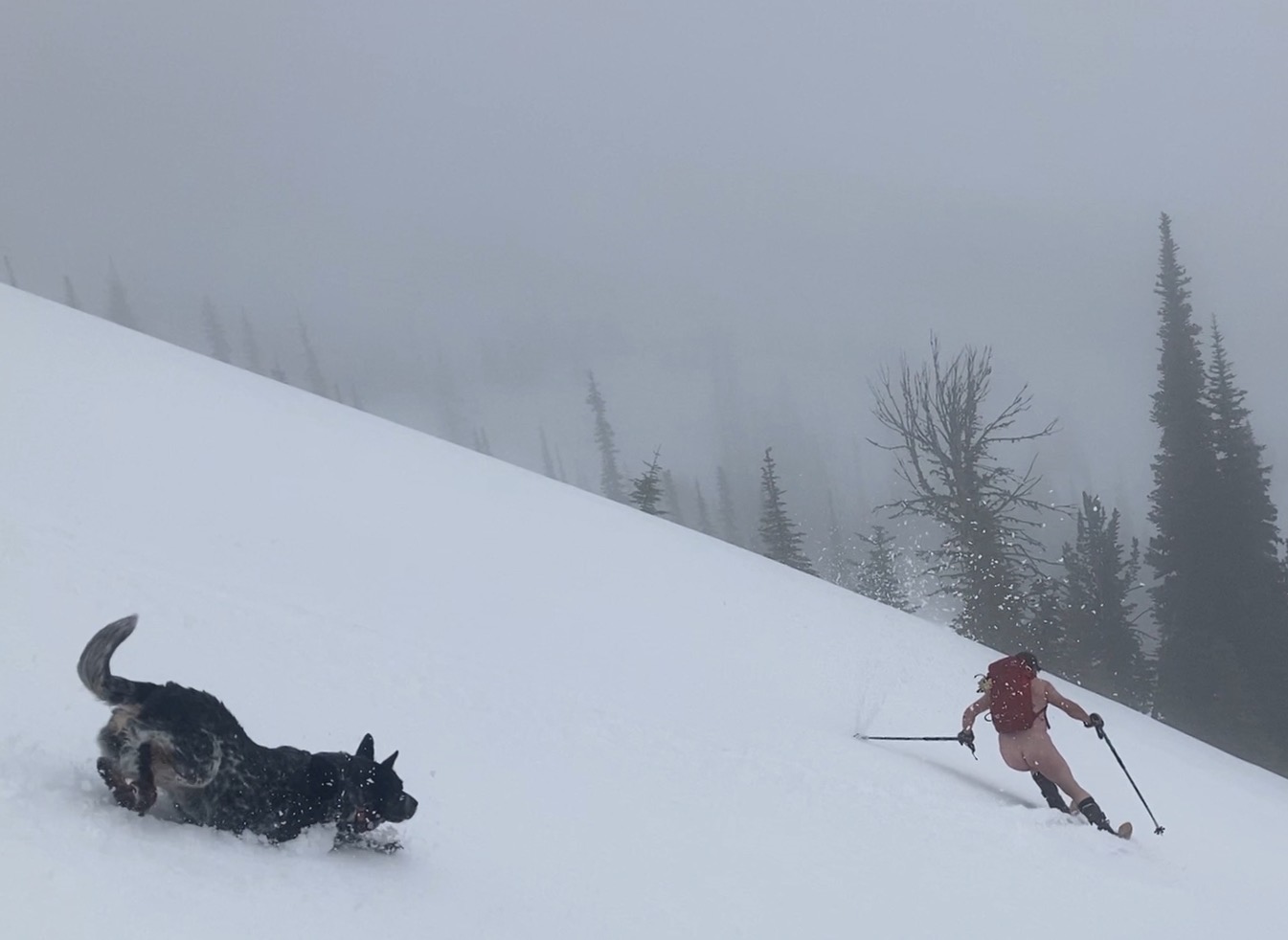 Tried to avert my eyes, but it was too late. Mooned!

Skinning on the descent, eh?