Successful summit ski of Koma Kulshan via the Squak glacier with Colin. We left the trailhead at 5:20am. Reached the summit by 12:03pm. Skied ~6000ft back to our shoes, and back to the car in 9:23.

Some small cracks down low on the glacier, and some bigger cracks around 8500ft that required some thoughtful navigation. On the way up we crossed on a solid but shrinking snow bridge. On the way down we realized we could just ski around it.

The at the base of the Roman Wall there were a couple of big cracks, and the bergschrund was pretty wide open, but, there was plenty of room to navigate around them.

Going into this trip this felt like the highest consequence skiing I've yet done, first time skiing with big crevasses, but it actually felt pretty chill. We got almost 6000ft of excellent and fun turns out of it. We timed corn-o-clock almost perfectly. The top couple hundred feet was a little firm and we could have waited it out maybe another half hour, but honestly the rest of the skiing was so good al the way back to our shoes I wouldn't have changed a thing.

We did hit a whiteout on the ski down that lasted from ~8000ft until just above Crag View. Fortunately we'd gotten past the big ass cracks before it hit. We had boot paths, skin tracks, or old turns to follow the entire route.

All in all, an epic day of volcano skiing!

Hiked about 2 miles to get to skinnable snow. 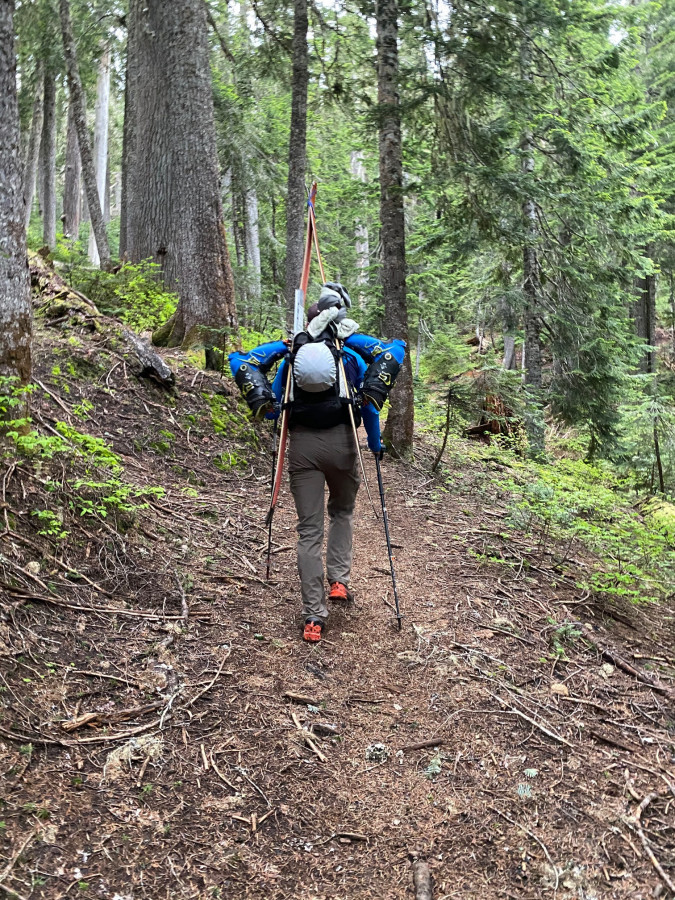 I kept thinking Colin was pouting with his hands on his hips. 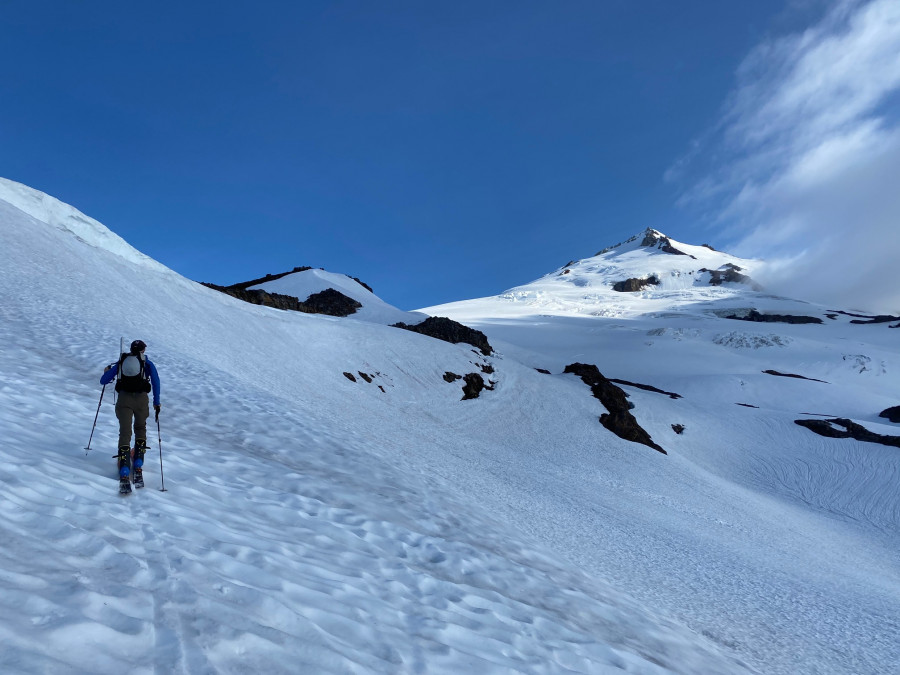 There were some low clouds when we started the day, but they cleared and we got a nice view of Sherman Peak and most of the route we would be taking.

Skinning up in a ping pong ball. 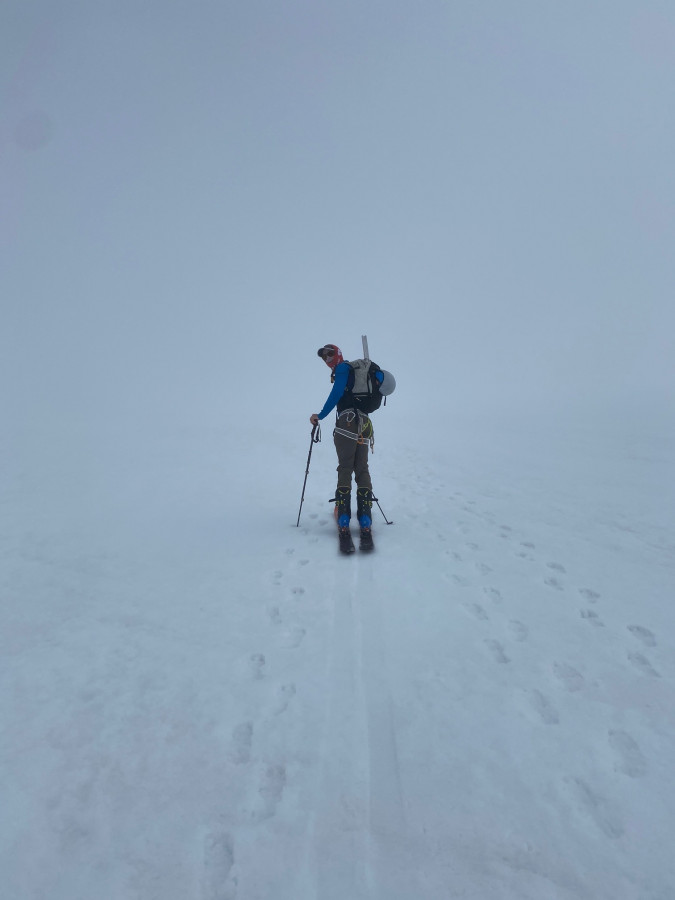 The clouds came back as we ascended the glacier. Whiteout on a glacier? What could go wrong? Good thing we had a quality boot path, skin track, and old turns in addition to our GPS tracks to follow.

I love these seracs! 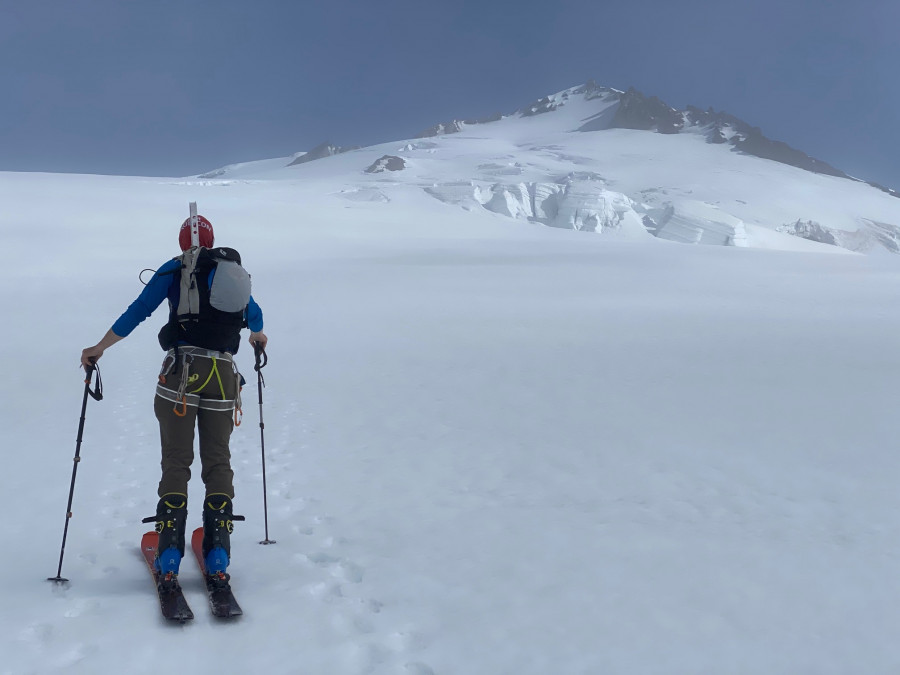 Last time I saw these seracs was on the Mount Baker Ultramarathon a couple years ago. The slope seemed much steeper then. Maybe I've gotten used to being on steep snow since then, it seemed tame today. 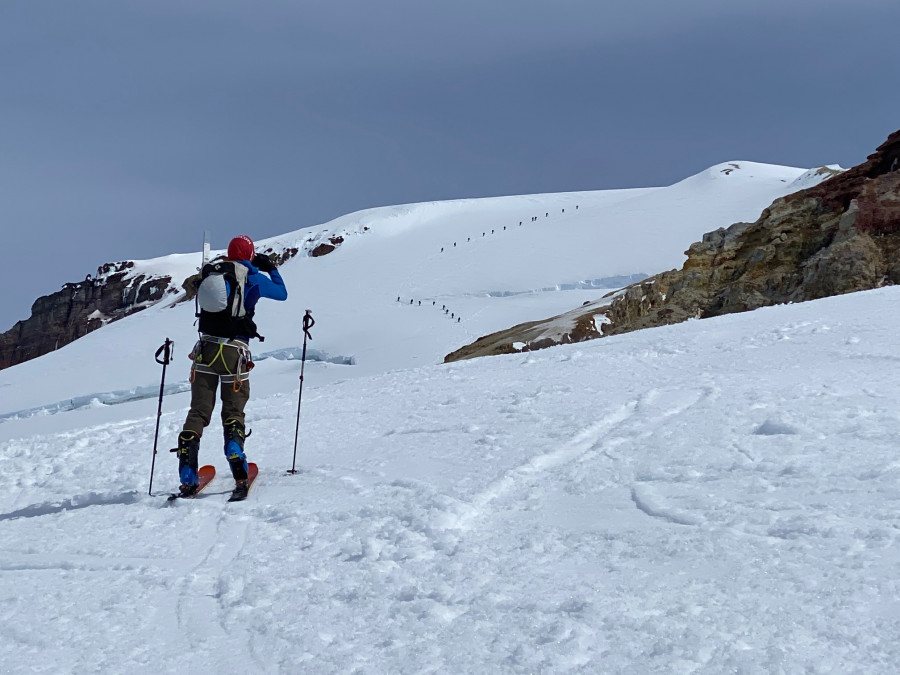 5 groups of 4 climbers ascending the Roman Wall from the Easton route! The bergschrund and crevasses under it looked huge to me from this view, as I contemplated skiing around them. Once we got closer I realized the slope wasn't that steep, and there was plenty of room to navigate.

Skiing from the top! 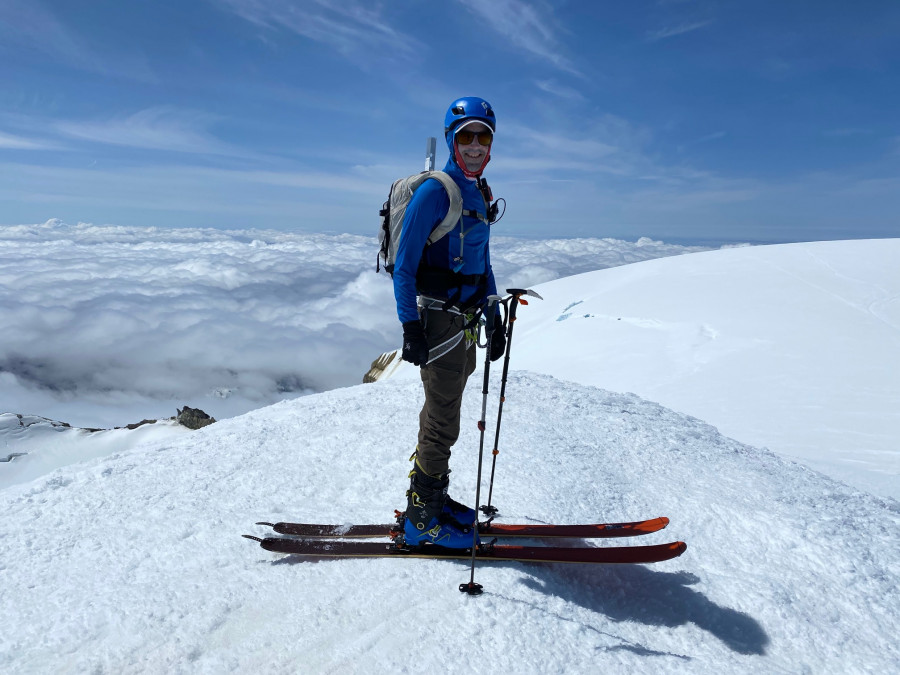 Fourth time skiing from the top of a volcano in the last month. Well, we actually skin skied from the true summit, then traversed to the Roman Wall before ripping skins. 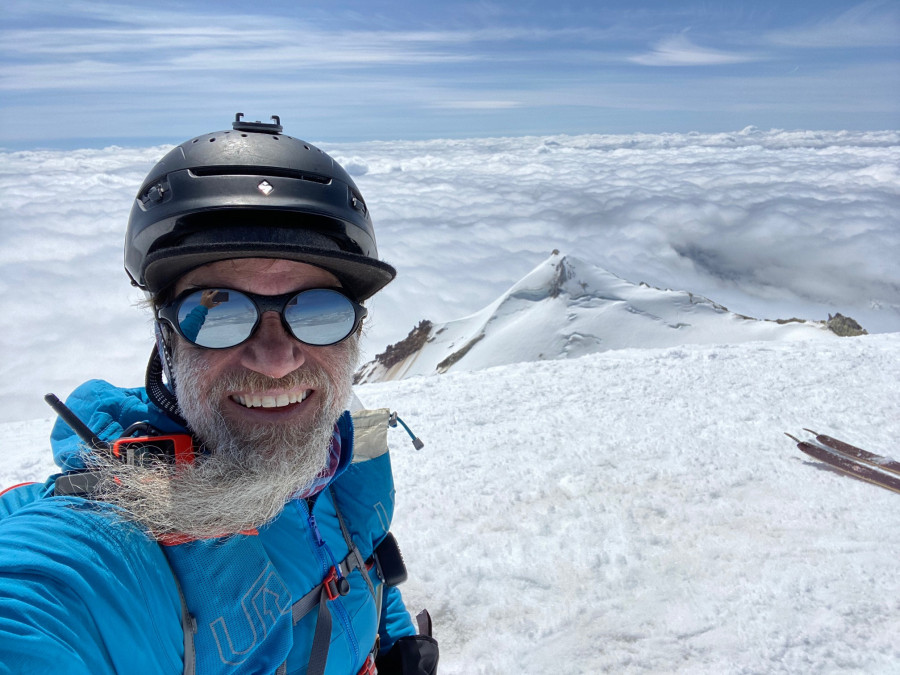 A timely report! My wife and a crew are headed that way soon. Thanks

Thanks for tha beta. You're on a roll!

Thanks for the beta!

Heading tomorrow with my son. We plan to have a camp above treeline and try the summit Saturday.