When I moved out here I found a lot of inspiration in the Dirtbag Diaries episode The Crusade. It's about as visual as audio gets, highlighting first descents of the North Face of the Northwest Ridge (NFNWR) of Klickitat (Adams) and the Central Mowich Face on Tahoma (Rainier). Both done by regular posters on here.

A couple weeks ago, on top of the NFNWR, I ran into two prolific skiers, Adam and Ben of the 2019 Archangel Ridge ski descent. They'd just come off a 1-day descent of the Central Mowich Face and said it was in good condition. This seemed outrageous, an object of aspiration for future seasons.

After two weeks to foment and some sleepless nights on the internet, I raged up I5 to the gate on the Mowich Lake Road. I tossed and turned for a couple hours and started biking uphill around 1am. Snow forced a transition to skis, then boots, then skis again and I reached Observation Rock around 5am. The glacier crossing and face climb went smoothly, with some high velocity ice and rock golf balls, mostly out to the climbers left. After reading Sky's report, I was worried about the connection onto the upper Mowich Face. It was in good condition: nicely refrozen corn.

I reached the main summit around 2pm. I was really hoping to find someone to talk to up there. It was a ghost town, with the last group descending the Emmons an hour earlier. The wind picked up. I put on all my clothes, ate some sardines, and pulled myself together. By 4pm the Northwest side of Liberty Cap was in direct sun, albeit still breezy.

The ridge down to the Mowich Face skied great. There was no wind at the hump, but the face below was still firm. I set my alarm for 5pm and woke up at 4:35pm, ready to ski! The upper face skied well, lightly baked and edgeable. The Central Face was "type 1 fun," the best corn skiing of my life.

I climbed back up to Ptarmigan Ridge and popped out next to a well-constructed tent shelter at 7pm. The return from there somehow took as long as the approach. Once the sun left, the long day and lack of sleep caught up to me. Several Klondike-esqu prospectors with gold pans appeared in the ditch along the road and then transformed into stumps.

Because I thought about it all day, I'll end this hoping for peace for the friends and family of Matt Bunker. His website shows a rewarding life. 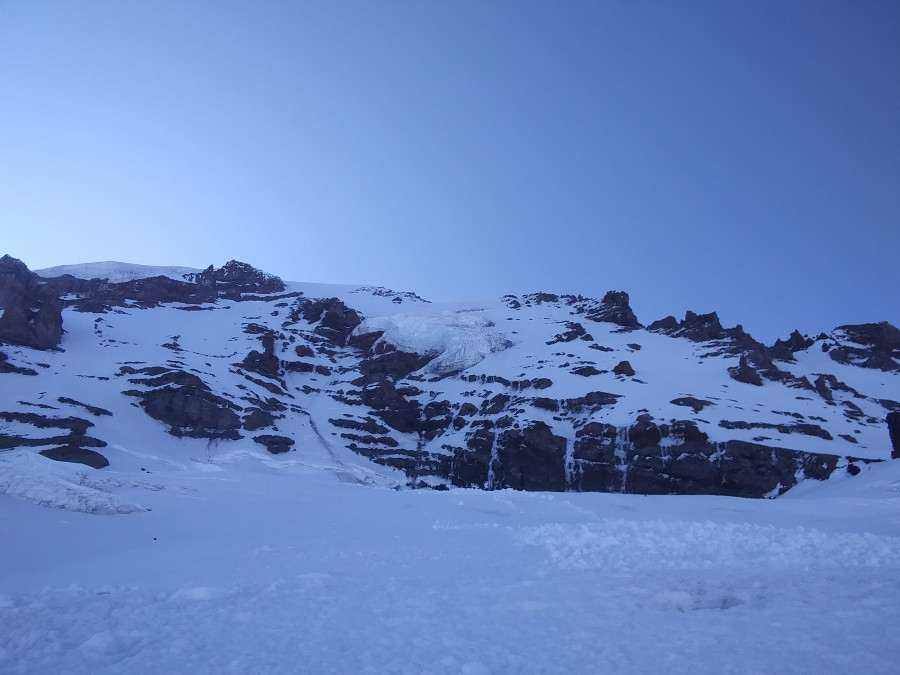 At the connector. Central Mowich Face below 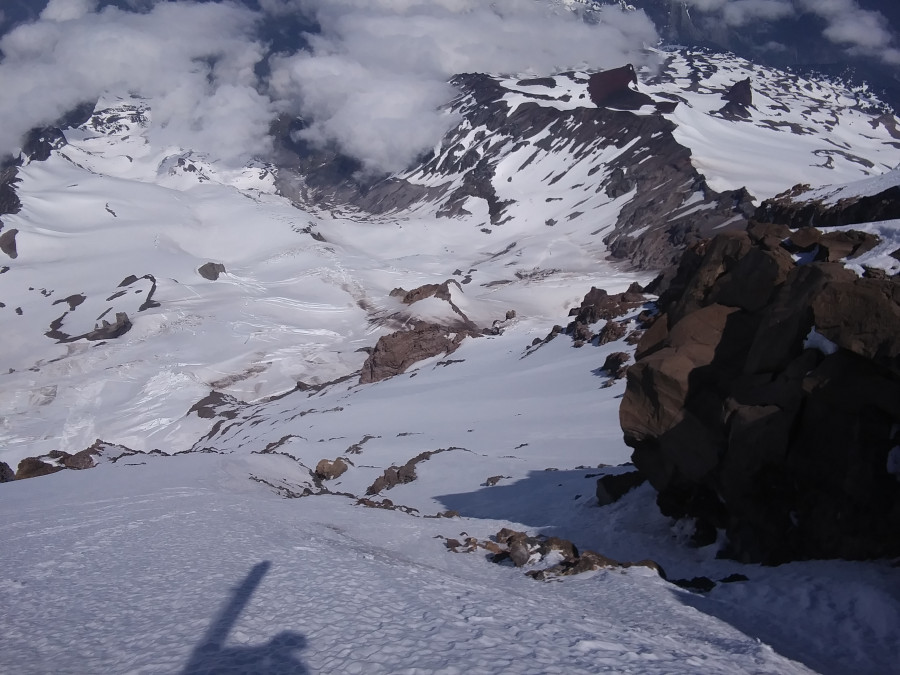 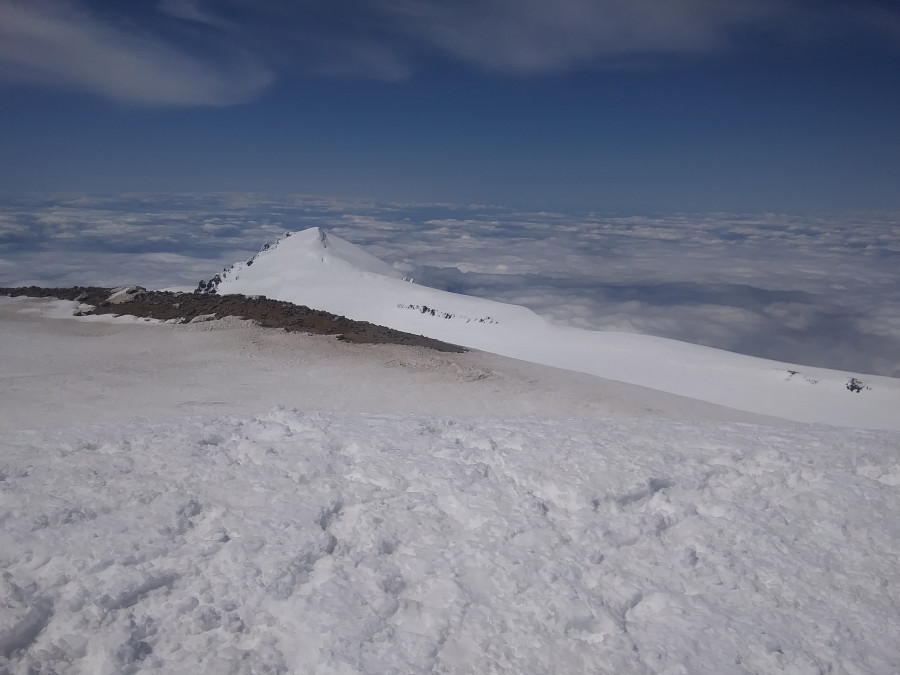 A selfy to break up all the landscapes 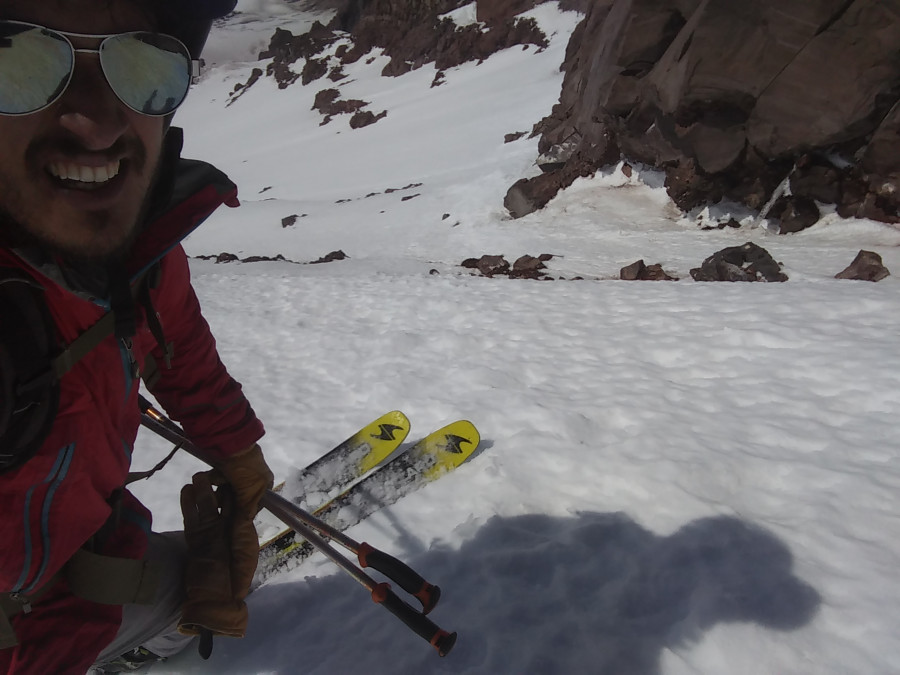 Looking up from the bergschrund 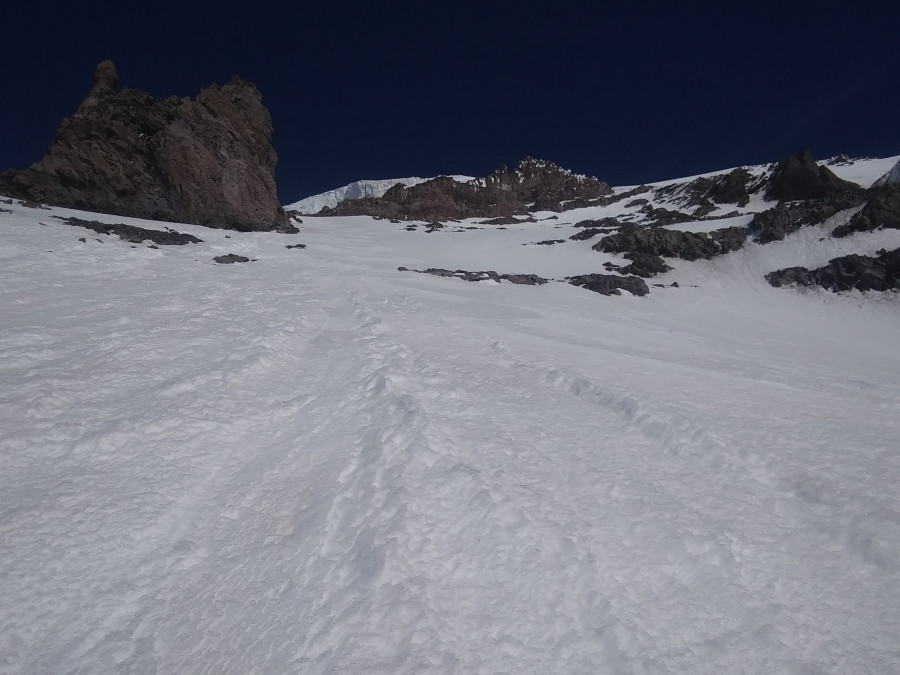 Finally back on Ptarmigan Ridge 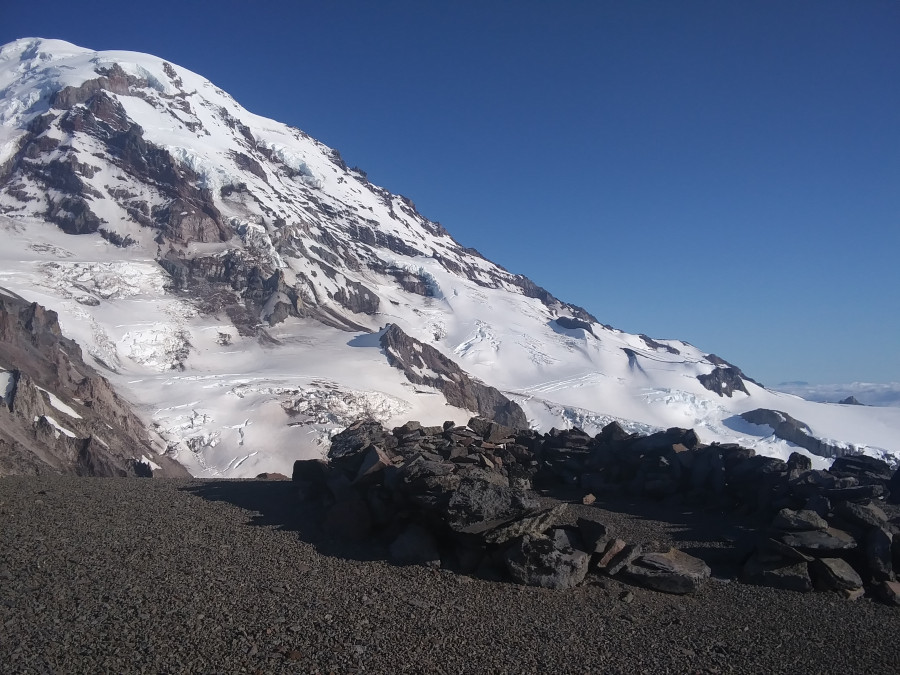 A BIG day with your thoughts and photos.

Yowza! Way to get after it. A day to remember.

Rad!  Between this and other accounts of skiing it with powder I feel like a goofball.  Might have to ski it again one of these years with good conditions.  Posted while escaping a heat wave with two munchkins in a grove of aspens at 10,000 ft.

Zap, Yep thought of folks who do the Wonderland without sleep. lots of stumps on that one.

skykilo, I'm sure it's a whole different game being the 1st. The baking instructions from your TR were spot on. So crazy the stuff you guys skied on ice.

Strong work day-tripping from the closed road!  As others said, good timing and quite the score.

Sent you a message inquiring re: more pics of the Mowich-Ptarmigan zone, if you are willing to share.

Here's the best I've got. Definitely some plums out there. Maybe a downclimb/rappel? 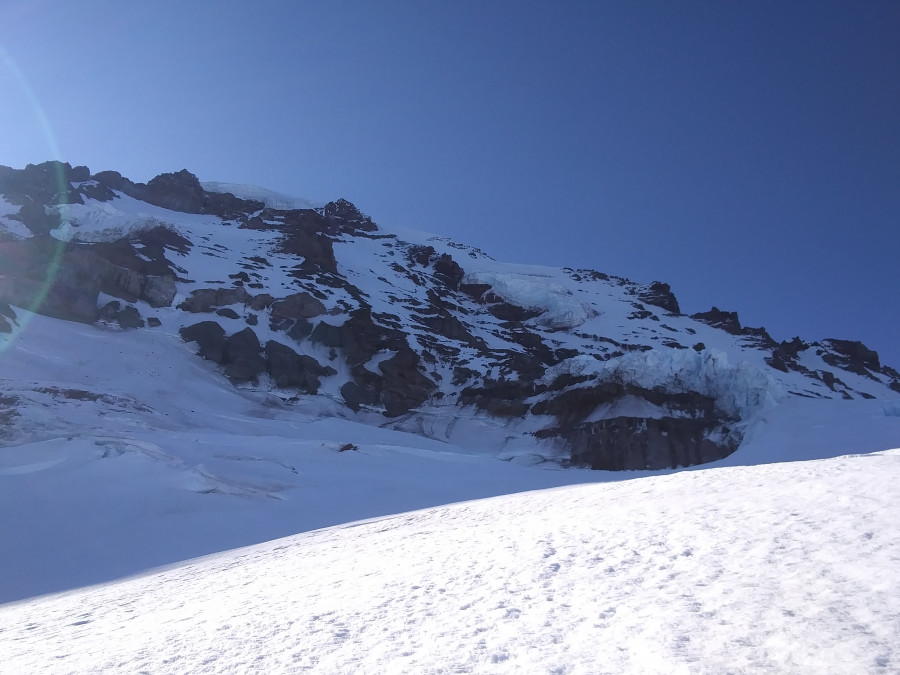 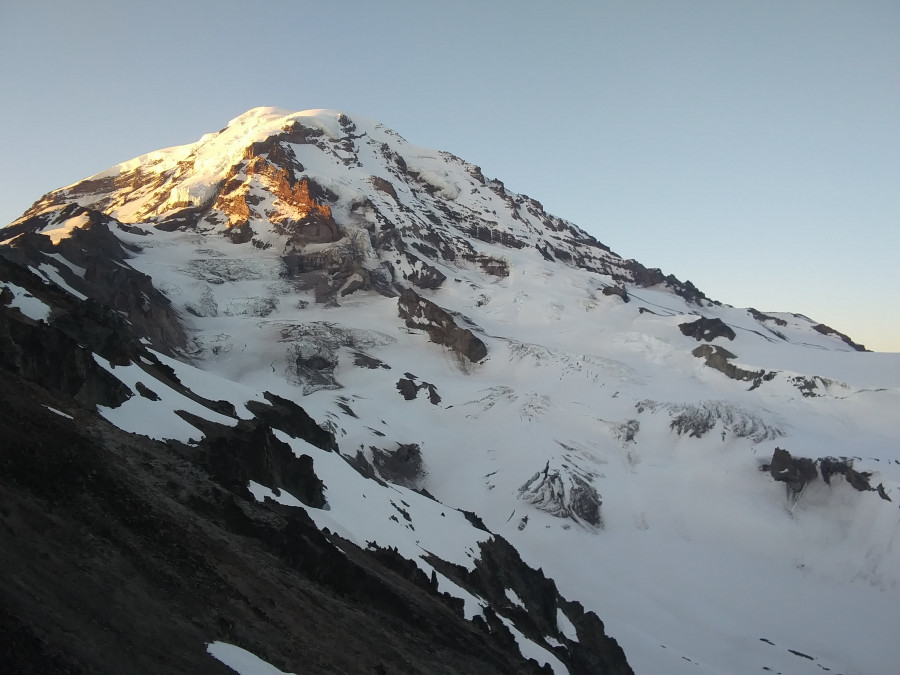 Sick!  Not super familiar with this one but now you got me thinking, too!  Congrats and thanks for sharing!

Holy smokes that's impressive! Way to get 'er, and in good conditions no less.  Congrats!