This is a story of perseverance and triumph...or maybe just some guys with too much time on their hands...

On Thursday Greg, Thatcher, Jeff and I set out to ski the Rock-Howard-Mastiff traverse. I was excited for my first proper alpine tour of the season (unless you count Nisqually Chute) and the light was stunning all day, with constantly changing shades of blue and pink in the sky and bands of fog and cloud moving around the valleys. Occasional chunder from tree bombs was our friend on the ascent as it provided the only fast skinning of the day - everything else was at least boot deep on all aspects and elevations. Even with a strong crew to take turns breaking trail we took over 5 hours to reach the summit of Rock. By the time we had skied the North face of Rock and made it back over the divide to Crescent Lake we only had a couple hours of daylight left, so we decided to ski a more direct line down to Highway 2 bypassing the summits of Howard & Mastiff. I´m calling this the Rock-Rock-Rock traverse. Our reward for the tough trailbreaking was great powder turns all the way down to about 3500ft, with one exception. Rock Mountain lived up to its name when I hit the lone shark hiding just beneath the surface on an otherwise bottomless day. I guess that´s what I get for thinking I can conquer the world with 88mm skis.

On Saturday Jeff, Lucas and I returned to complete the full Rock-Howard-Mastiff traverse. A 6AM start and the pre-set skin track put us near treeline to catch an amazing sunrise looking down valley towards Leavenworth and the Chiwaukum. We cruised over Rock and back to Crescent Lake in a fraction of the time it had taken us on Thursday. We then topped out on Howard just above the encircling fog, which followed us around for the rest of the day. A navigation error by yours truly led us to ski the North face of Howard instead of the East face, necessitating an extra transition. Eventually we got back on track and made the climb to Mastiff, the final summit of the day. The descent from Mastiff down to Lost Lake was powdery but executed in braille due to the thick fog - we maneuvered from tree to tree and relied on Caltopo color shading to avoid cliffs. Below 4500ft the snow had transformed into an icy, crusty, brushy mess. In true Cascadian style we survival-skied the exit by headlamp and reached our car at the Merritt pullout nearly 12 hours after starting. Overall I was really impressed with this zone - there are countless ski lines dropping in both directions from the Rock-Howard-Mastiff ridgeline and waiting to be explored.

Eager to get one last fix before climbing aboard the Pineapple Express, on Monday I skied Big Chiwaukum NW Couloir on my way home. Thanks Kyle and Nick for the skin track and inspiration on that one! 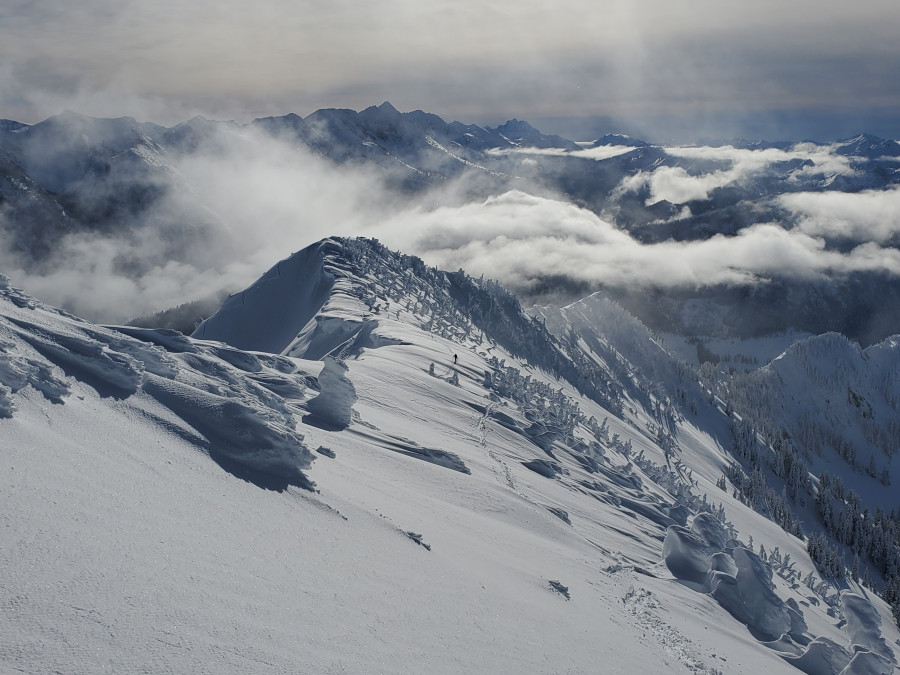 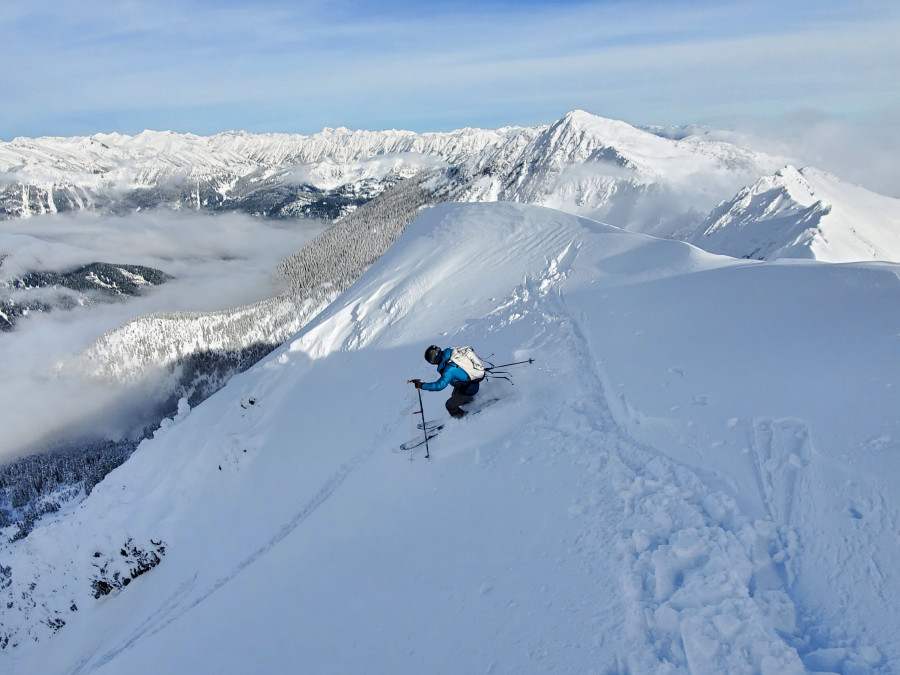 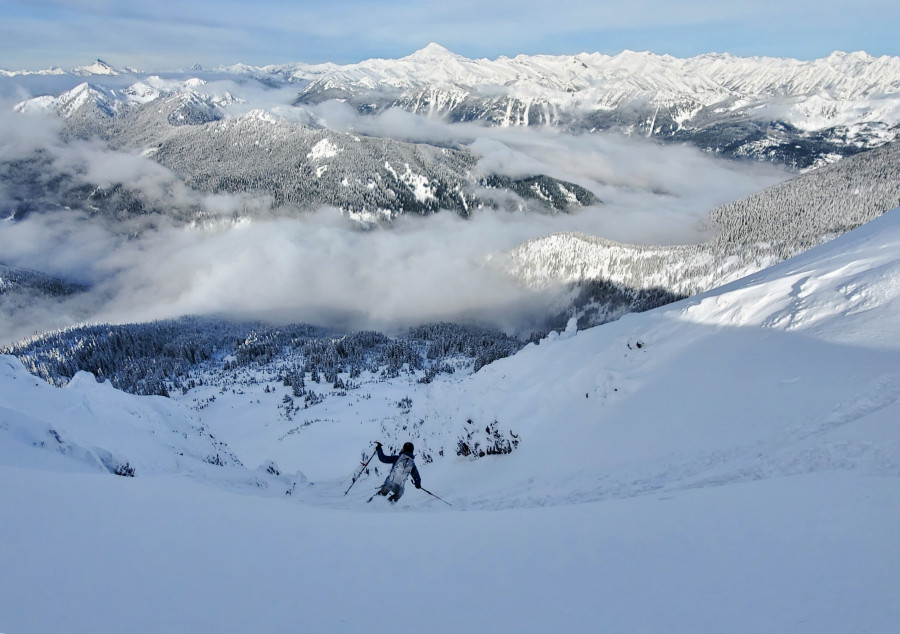 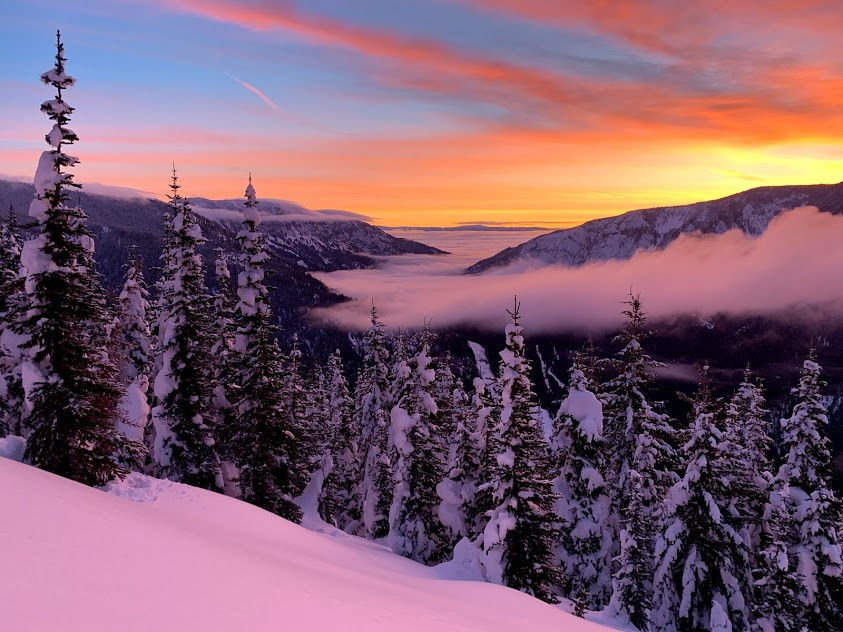 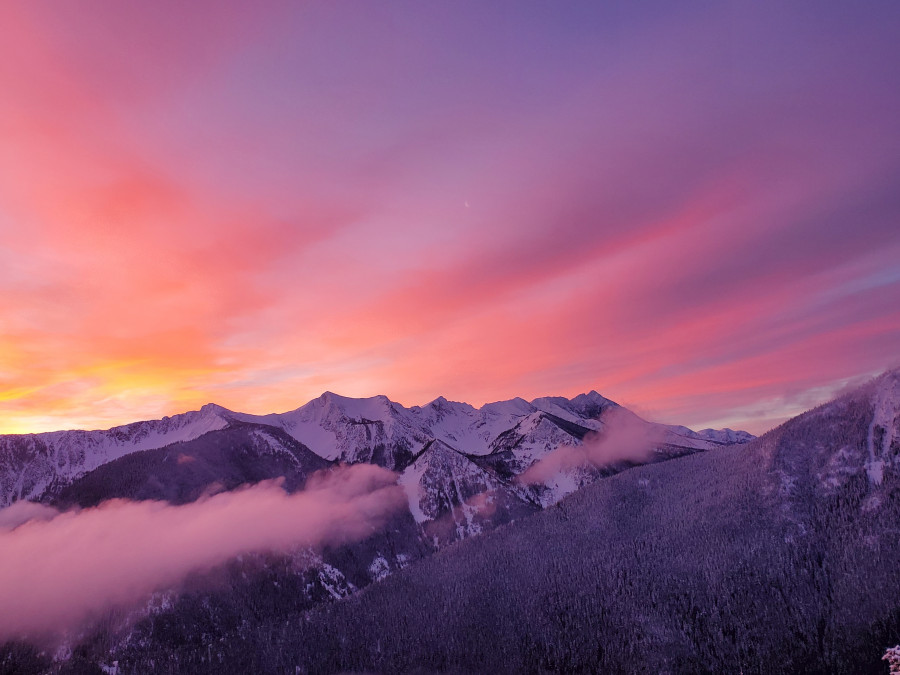 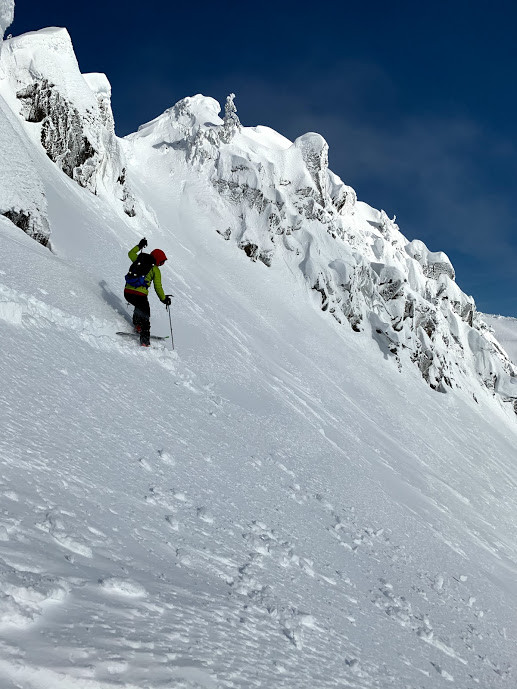 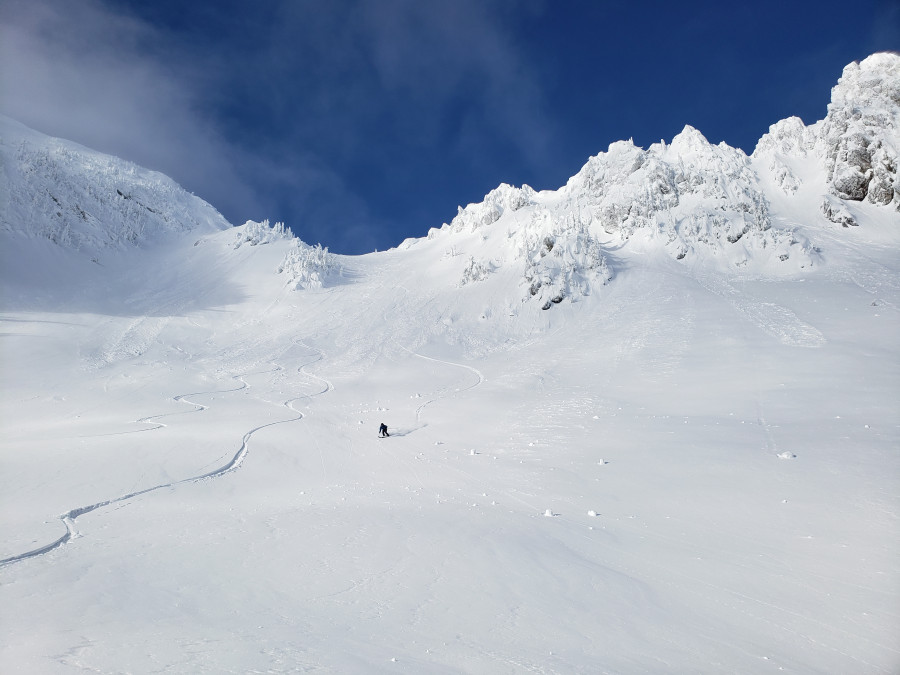 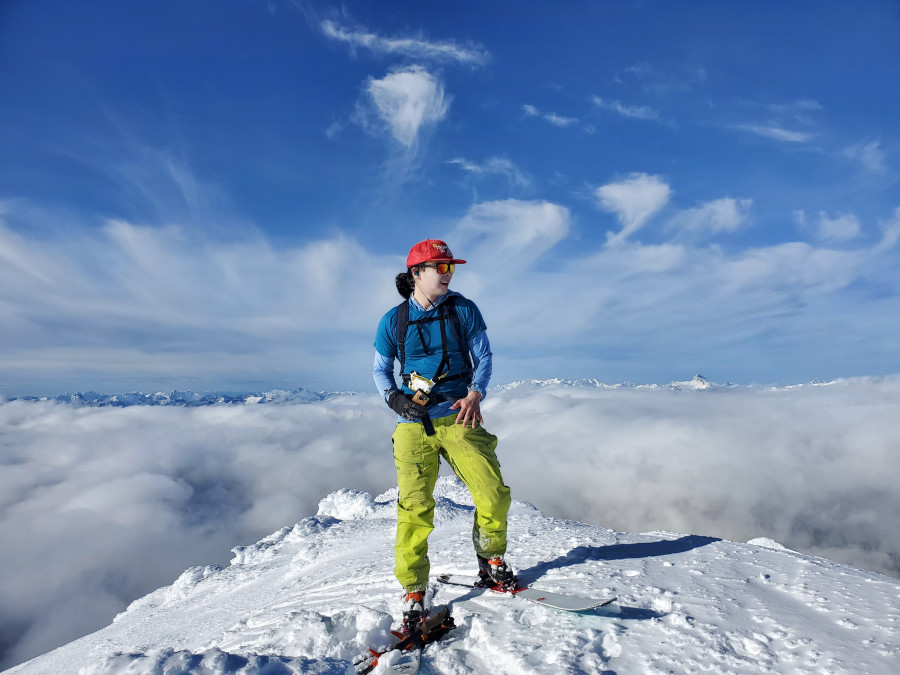 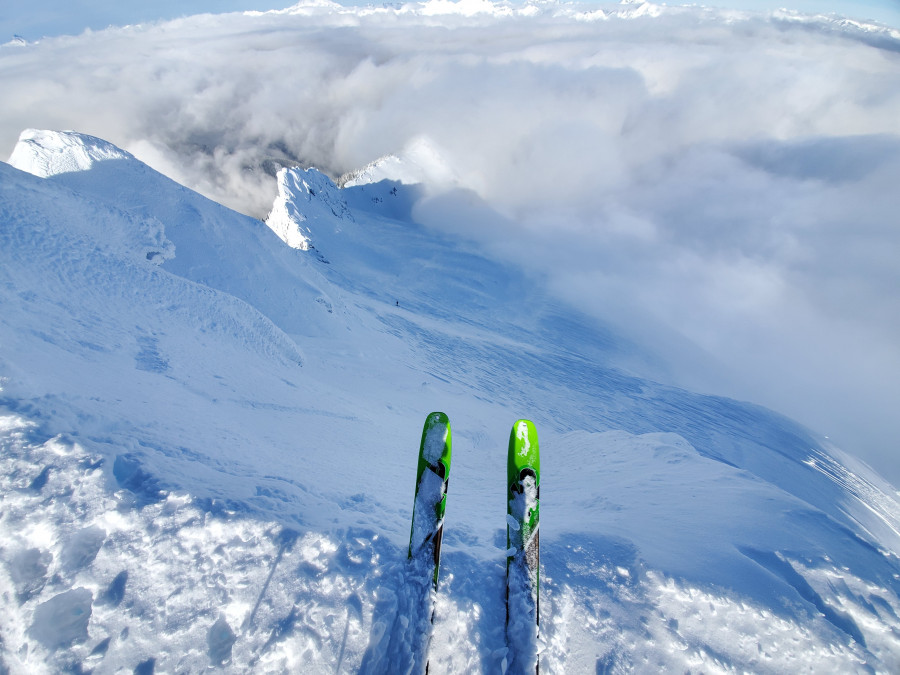 While Kyle and I were skinning through the forest I commented how the sunrise Saturday morning was probably beautiful, thanks for confirming that! Good work on the traverse and tagging the couloir as well.

Thanks for this great report, and also great pix showing the stability. Since stability of the snowpack appears to be a major issue thus far in the season, it is nice to see a good tour that included some good stable skiing. It's been many years since I've been up Rock Mtn, and have ALWAYS wanted to return! Fuel has been tossed on the flame...Keep up the good work!!

You guys are track laying machines! Nice pic too!