We got to as far as we could on the road around 9:30am, parked on the side of the road, and left enough space for trucks with sleds to turn around. There was snow on the road to the Park Butte Trailhead about 2.8mi away, which added a miserable extra 6 mi of on/off dirt and rolling sled bumps. Great weather with lots of sledders in the area. Followed the sled track along the Scott Paul Trail. Cross Sulfur Creek through Schreiber's Meadows with large tree wells, and up to Morovitz Meadows. Encountered a decent amount of recent cornice melt triggered slides on east facing slopes and tried to avoid traveling below them, which made things take a little longer trying to find a good route. We had to traverse one by one below a steep slope in order to get on the west side of the Squak Glacier Route (on Gaia) to get to our desired campsite around 6500 ft. Talked with 2 splitboarders on their way down that did C2C that told us things were icy up top until around 1pm. Also, saw the descent of 2 climbers and 5 skiers around 5pm that must have also done C2C since they kept going down. The wind picked up as we set up camp and we had a beautiful sunset.

We woke up and took down the tent because we were afraid the wind would pick back up, and had a little later start than we wanted. We left camp around 5:30 roped up with ski crampons on and didn't need headlights as the sun was rising and moon was still out. The snow was firm most of the ascent. Put on helmets before we were directly below Sherman Peak as there was active rock fall coming off above us and we tried to cross quickly. After we passed by the Sherman Crater fumes and now on the Easton, we put on crampons. Although there was a skin track, the snow was still a little firm so we decided to boot up the Roman Wall for a more direct route. Went between large obvious staggered crevasses and made to the top around 1pm. Ripped skins and descended down the Squak with some great spring corn back to camp to pack up. We followed some sled tracks down, and had to avoid wet cornice slides and avy debris again. We went a little too far skiers right on the descent from camp following the drainage and had to hike up a little to get back on route. Followed the sled route back to the miserable road. The snow had melted out a decent amount more with less sliding and a lot more scooting so put the skins back after we got tired of trying to make skiing happen.

We saw a SAR heli and later found out there was a skier accident on Saturday (see TAY FB post). USFS lands are open (developed areas/trailheads aren't), dispersed camping is allowed, and the terrain we considered pretty mellow for us. With as much snow on the road compared to doing the Coleman-Deming that only had 1.5mi to the trailhead, Squak overall was much longer at ~20 mi RT. However, it seems like there was a lot more action on CD, and we felt we did a good job social distancing with being the only group camping on our route.

Sorry for the lack of pictures. We weren't very good about pulling our phones out to take pics of the route... 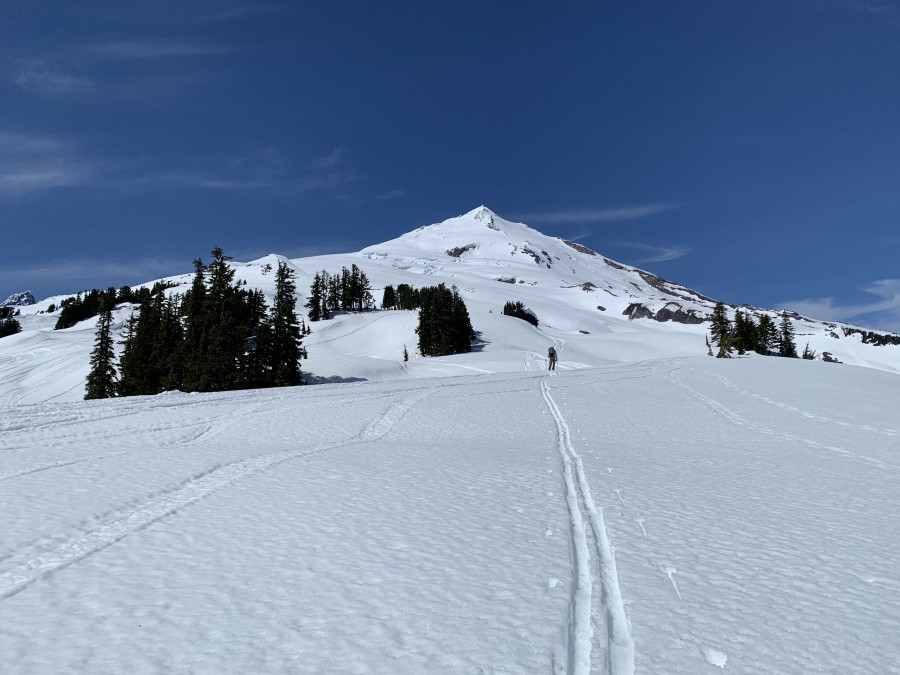 Sherman Peak view from the meadow. 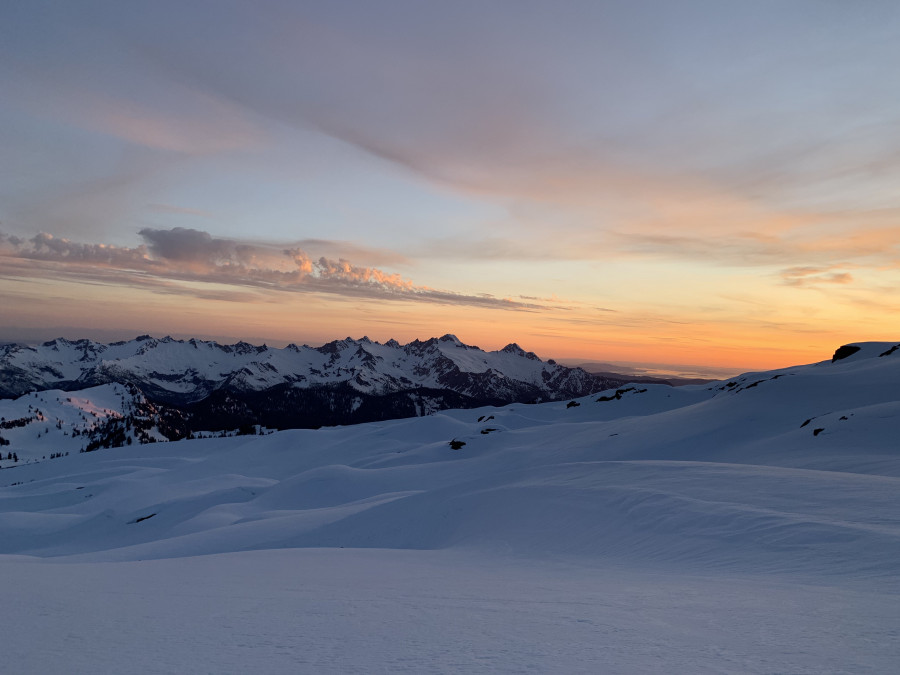 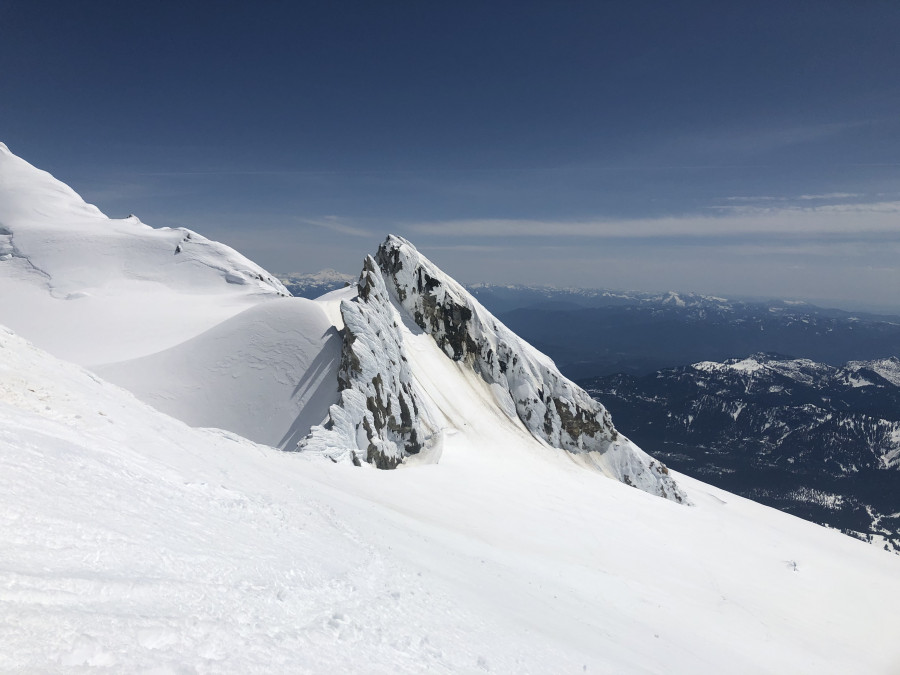 Descending about to cross below Sherman Peak; crater hole to the left.

Nice TR and the photos bring back memories.😀

Very cool TR, lyappy, did Baker just about a year ago, and had lots of walking in the forest to do. Looks like there's a bit more snow this year in the lower elevations.