Initially we hit snow about a half a mile from the Park Butte TH, though finding a continuous skintrack in the forest was quite adventurous so we skinned some, booted some, and things improved noticeably at the tree line. Quite a few folks on the mountain, including some sledders (watched one almost disappear into a crevasse - he swerved literally last second).

Roman Wall was easy to boot, and weather at the top was windy with white-out-type clouds and blue skies taking turns.

We weren't as lucky finding continous snow in the woods for our descent as we were skinning up, and ended up with some bushwhacking.

An awesome day in the mountains for sure. 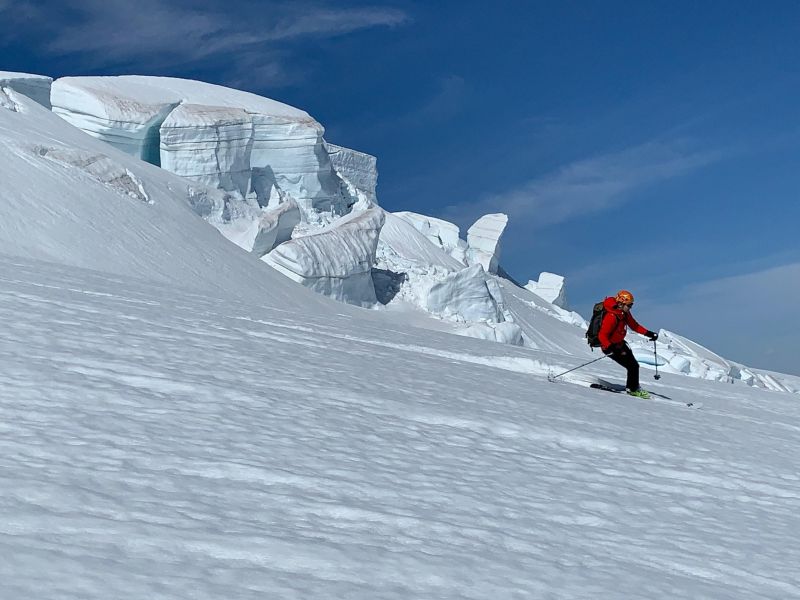