Nate and I skied the NFNWR of Adams on Tuesday. We drove out the night before coming to Killen Creek TH from the N because the ranger said the road was blocked by snow from the S, although that has probably melted out by now. We started at 4:30am, consistent skinnable snow started around 5,500’. We climbed the N ridge following mountain goat tracks to near 11,000’. It’s surprising to see goats this high, maybe it’s because they are protecting their babies or are going after some sulfur. We climbed the N ridge in ski boots, but I’m not sure this is better than using trail runners. It’s either climbing steep snow in trail runners or chossy rock in ski boots.

Once on the summit plateau we skinned over to the summit then skied over to the Pinnacle where we met another party who had climbed the NW ridge. We waited until 2pm to ski which was about right. The snow on the steepest section of the face was perfect. Soft enough to get a good edge but not so soft that it was sluffing. The passage onto the Adams Glacier is very broken up this season. We were not able to find a reasonably safe way to ski it and we didn’t want to hang out in the icefall so we traversed W to the base of the NW ridge instead which involved a couple carries over scree. The party that we had met earlier skied down at this point and showed us a way off the NW ridge at about 9,000’ over a steep roll and bergschrund. The snow here was schmoo over blue ice, pretty hard to get an edge. After a quick skin we skied the Adams Glacier on very sticky snow to Glacier Lake then more sticky low angle snow to the trail.

When I go back I will climb the NW ridge instead of the N ridge. It’s all on snow, gives you a much better sense of snow conditions on the face, and allows you to scope out an alternative exit in case the Adams Glacier exit doesn’t work. 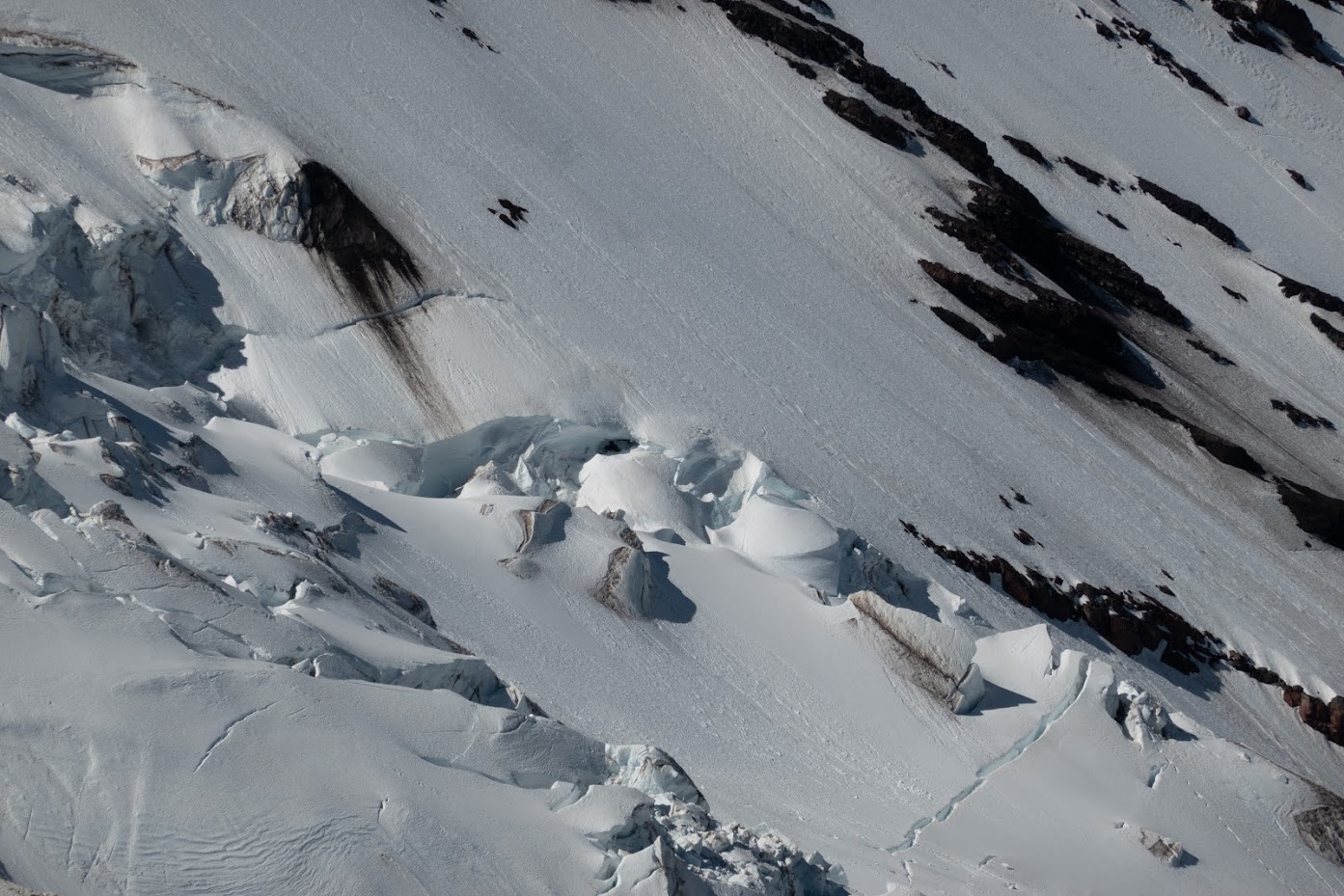 Crossing onto the Adams Glacier at 9,000' 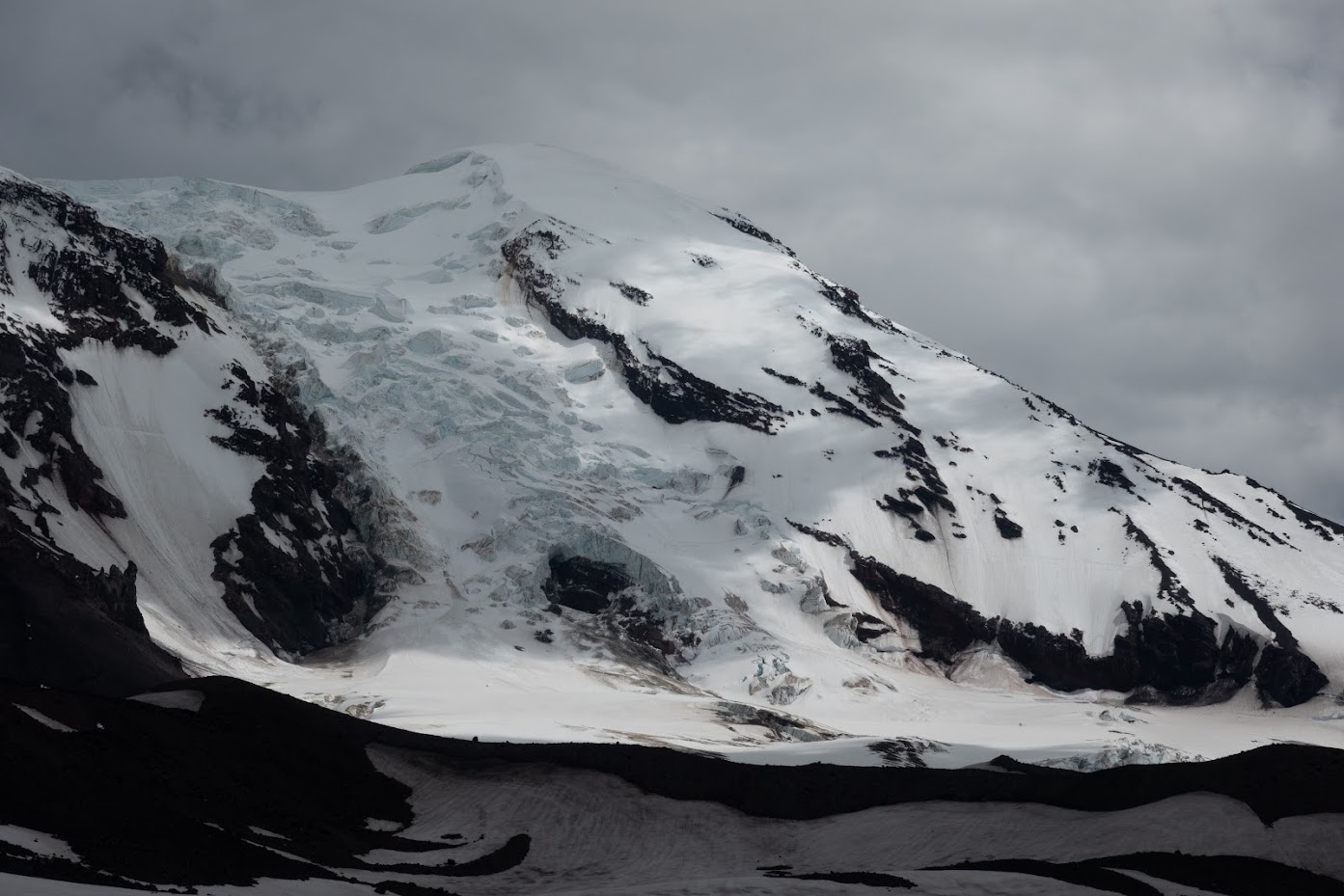 Congratulations on surviving. It's crazy how much the glacier changes year to year. The first time I did it, you could ski right across the giant gaper at the top of your photo. A few years later, you had to sidestep up the side of a serac to ski across its top. Definitely hanging out in the icefall. It looks different this time.

How'd the Lava ridge look? Any photos of the exit slope and bergschrund? Thanks

^would love to see Lava Ridge conditions as well!

Great video! What a classic line. looks like you timed it well. Followed two snowboard tracks down it on 6/21 and likewise got blocked by the gaper. Followed their crazy tracks down that little ramp of snow and had to boof over the gap. 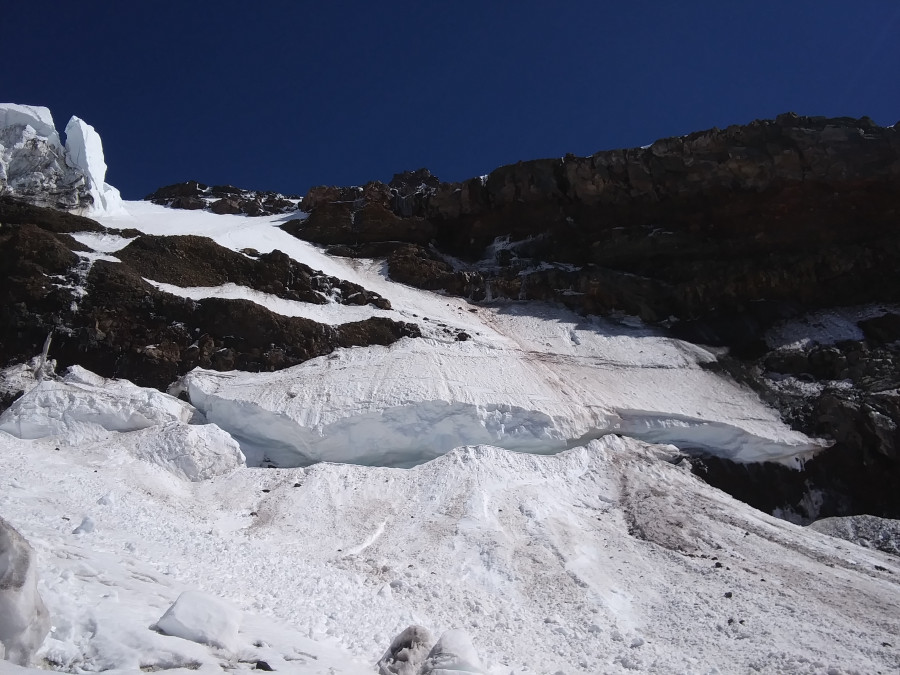 So much awesome! Nice work!

The first time I did it, you could ski right across the giant gaper at the top of your photo. A few years later, you had to sidestep up the side of a serac to ski across its top. Definitely hanging out in the icefall. It looks different this time.

Looking at reports from previous years it's very different this year. I guess I expected it to be filled in given how much snow we got this year and the cool spring. It looks like last year it was in good condition despite a lean winter. Seems like with these icefalls the last winter doesn't really matter.

How'd the Lava ridge look? Any photos of the exit slope and bergschrund? Thanks

I didn't take any pictures of the Lava Ridge unfortunately. I have this picture of the upper headwall though, might be useful. 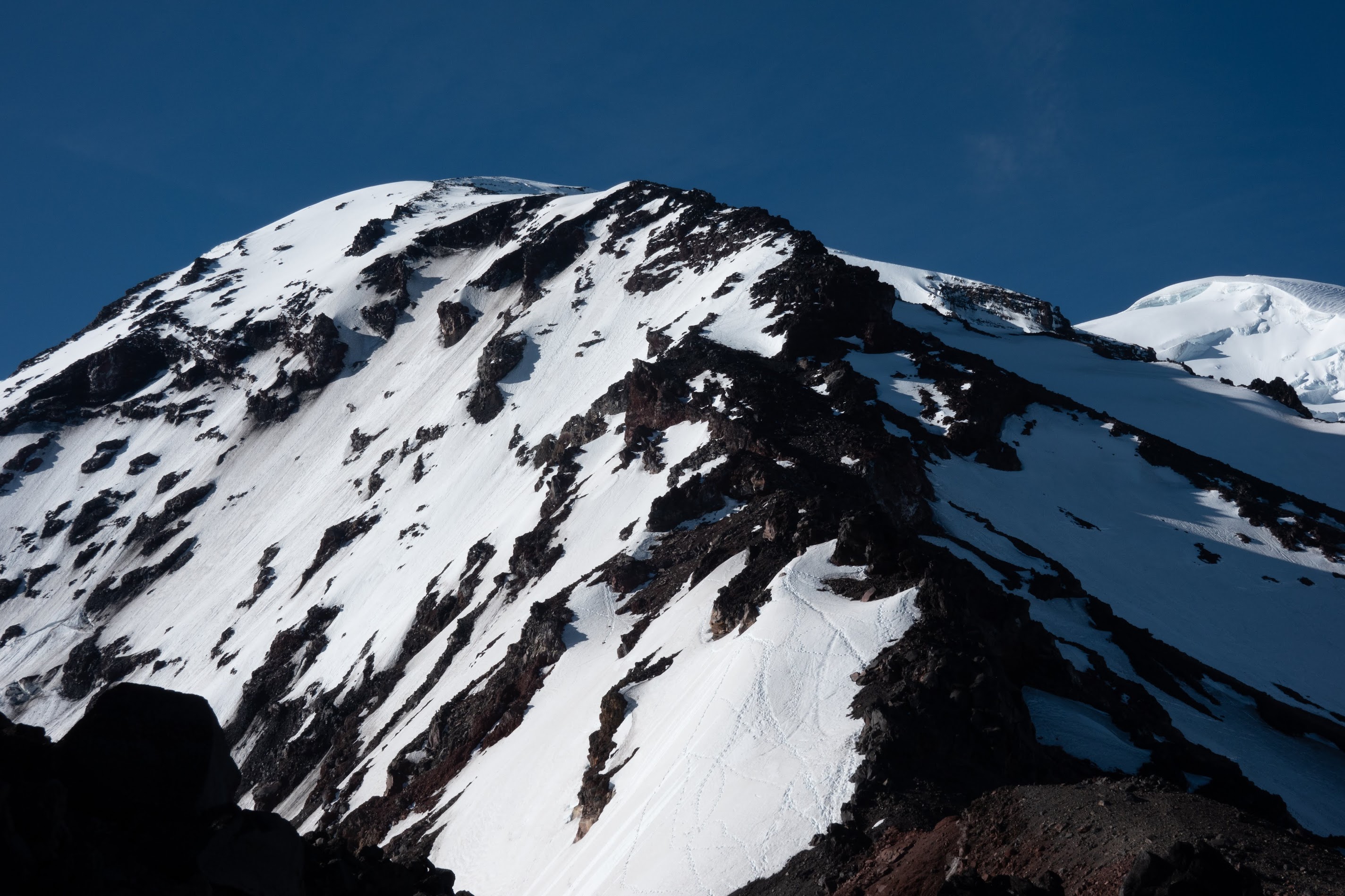 Followed two snowboard tracks down it on 5/21 and likewise got blocked by the gaper. Followed their crazy tracks down that little ramp of snow and had to boof over the gap.

I saw some tracks on the Adams Glacier and I was trying to figure out how they got there. Probably yours! That gap looked huge and I think there was some more rockfall since you skied it. I guess once you start down that ramp you have to jump the gap - booting out from there would suck.

Thanks for the beta, glad I didn't have to do that traverse on my splitboard! Our crew was gonna ski NFNWR 6/26, but we ended up skiing a variation of it, than skiing towards the NW ridge. We got excellent conditions dropping in at 5 pm!

We tried 6/24-6/25. We started and your tracks and the glacier entrance for hours trying to figure out a way. I didn't see a skis on easy one from the ridge or below. We skied a similar line to you with an earlier bail due to FIRM conditions. Deeper freeze wednesday night all the way to 6.5k camp. RAD ski all the same. Hopefully this isn't a lasting change for the glacier

As I've read more and more old reports on some of these gnarlier glacier lines, it's become clear to me that many of these lines are getting increasingly sketchy with glacial changes. Hopefully people keep this in mind as they look to push their limits. I'm all for having fun and getting rad, but it's good to recognize that a decade or two ago people were getting rad in significantly better conditions than are typical today. Look at reports on the Nisqually glacier/ice cliff, Coleman headwall, various couloirs on the N side of Adams and you'll see it. I'm not entirely sure everybody my age (30s and only lived in the PNW 8 years) realizes how much worse these routes are than in the past. Good to keep in mind for evaluating when to go for them.

I'm not criticizing, just hoping that people keep things in perspective. Especially with the trend towards more backcountry skiers looking to push into extreme terrain.