Feeling grateful to have days like these right in my (new) backyard. I parked at Dutchman Flat, therefore having about 6 miles of pleasant road skinning to get to the usual Devil's Lake trailhead. The day started out cold and humid, but there were no winds and by the afternoon things felt like spring.

I was able to skin to about 9000 feet (without ski crampons), traversing all manners of frozen mank along the way. Booting to the summit involved rime, a little blue ice, and icy hardpack that didn't even pretend like it would soften into corn. The summit was clear and beautiful, and a raven greeted me when I arrived.

Wanting to avoid the ice I climbed up, I dropped into sheltered ENE facing slopes above the Prouty Headwall. Though it at times threatened to get icy, I was mostly skiing shallow, creamy, windbuffed pow.

The standard lines through the headwall (that I had seen detailed elsewhere) were all out, with low tide and large rock bands. I couldn't see the exit, but a steep couloir directly below Hodge's Crest tempted me. I dropped in on the same soft snow as above, which soon became less and less edgeable. Below, I could see it transitioning to water ice and rock at the couloir's exit. Fortunately, a mellow ramp cut left at this time, dropping me perfectly onto the broad, powdery lower headwall. Hero turns ensued.

This was day 3 on skis for me this year, and my legs were burning as I skied through the seasons from high alpine pow all the way down to a warm spring snowpack at Green Lake. I found the perfect spot to lay in the sun, doing my best not to think too much about the long, flat walk out. Back at the car a few hours later, I saw the first other humans I'd seen all day. Social isolation achieved.

Hmm, how about now? 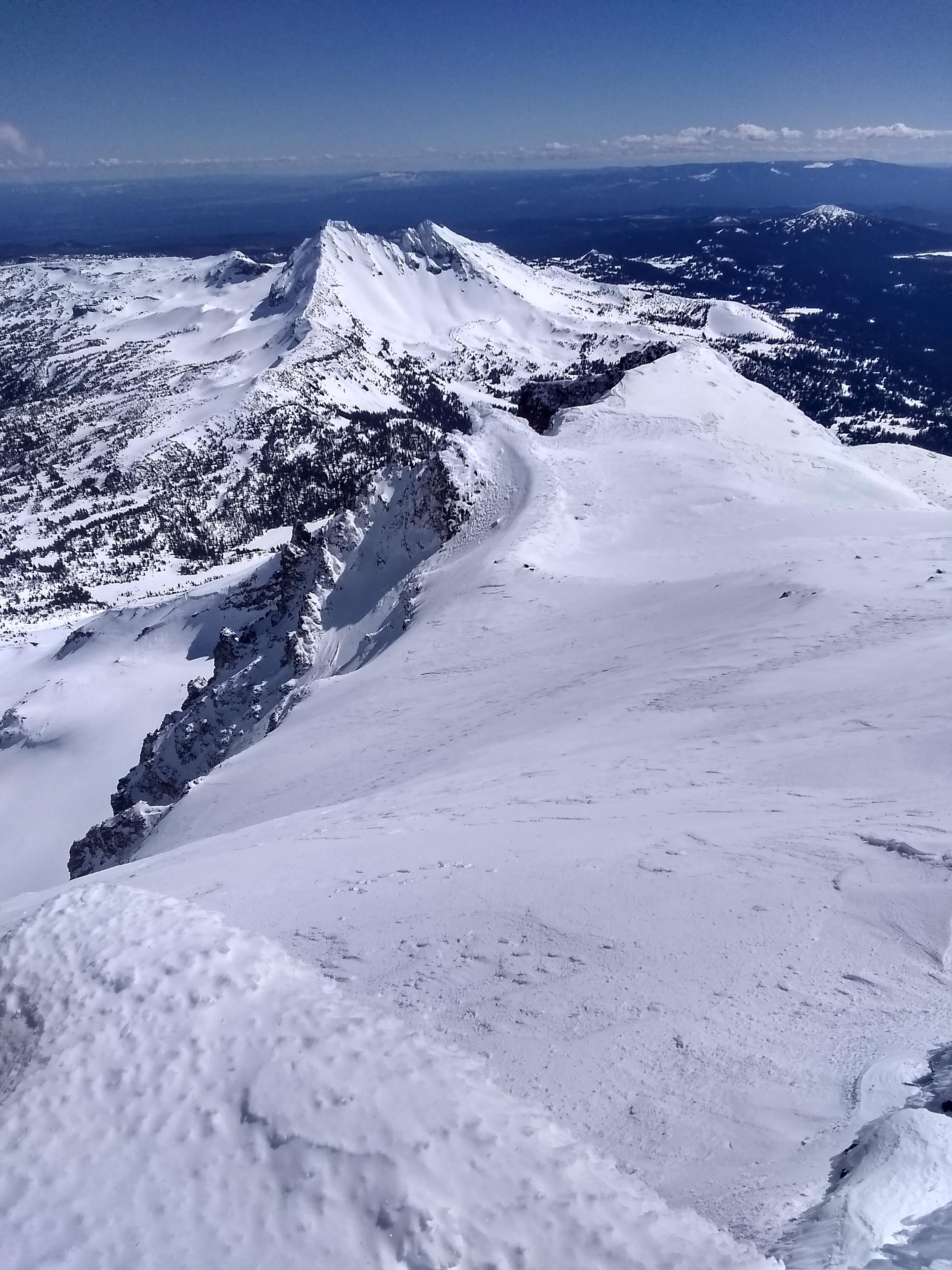 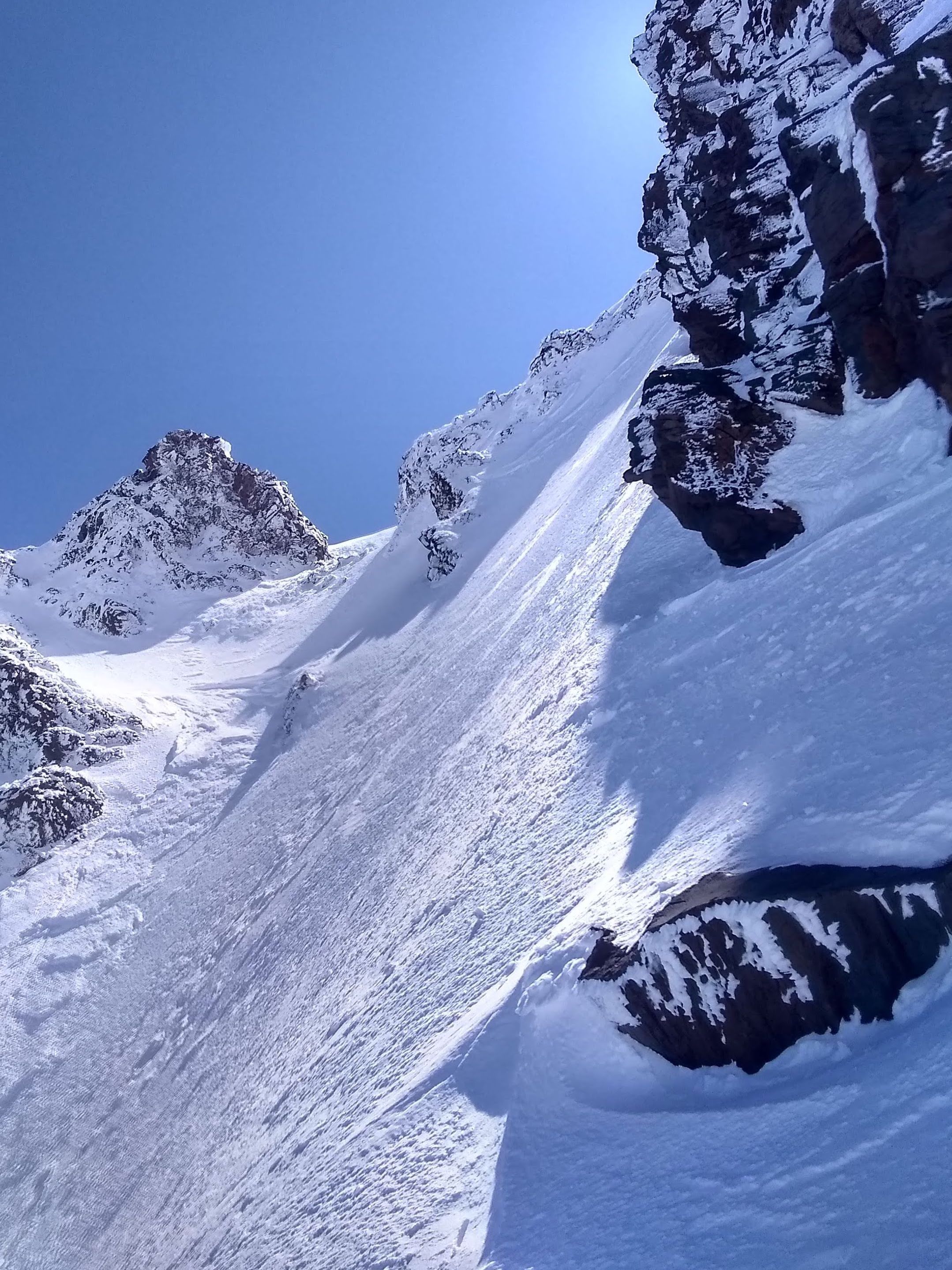 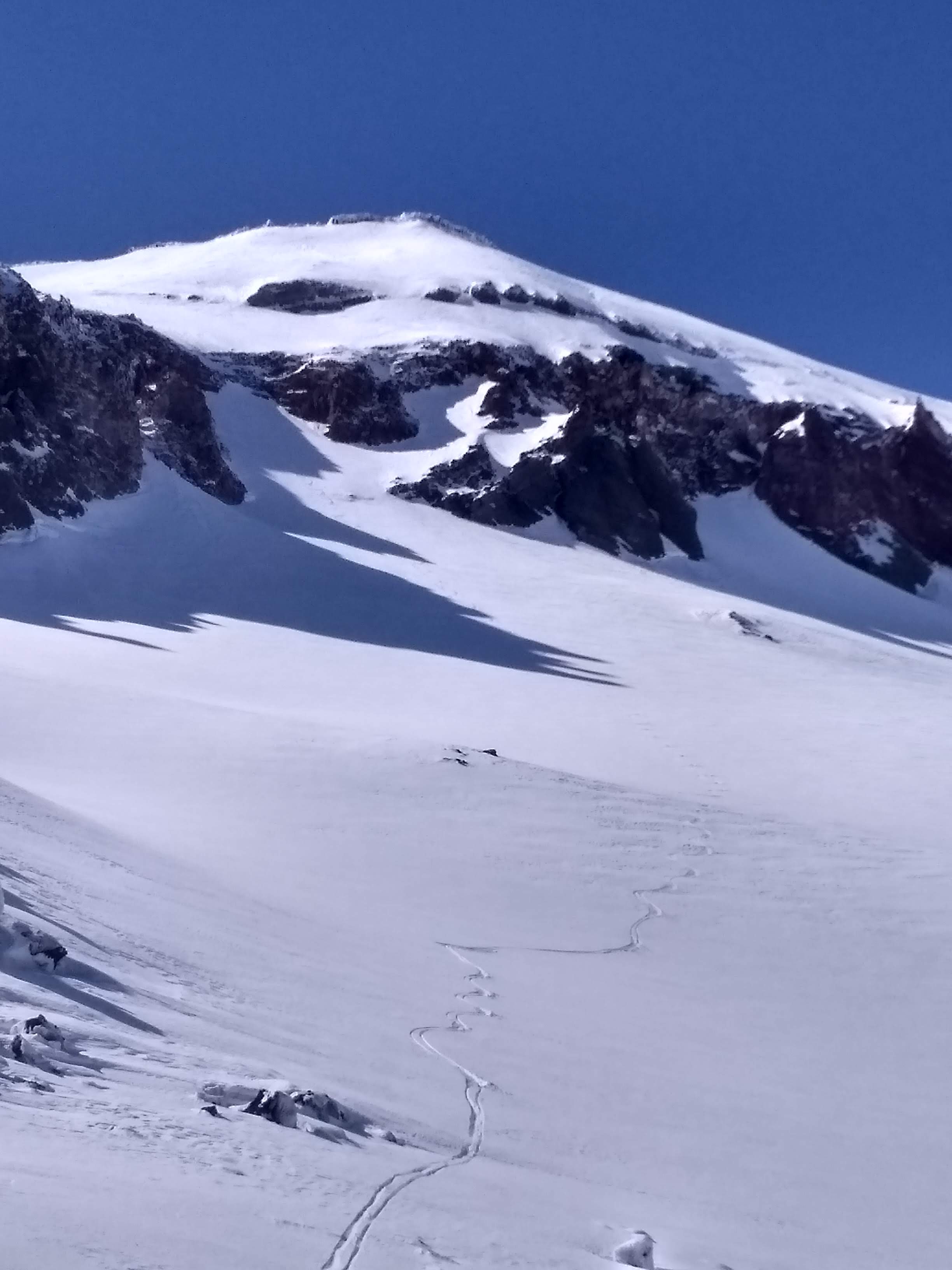