Finally skied a line that has beckoned for years. It likely strikes many a skier's fancy from vistas around Rainy and Washington pass tours, but being an east face it seems tricky to find in condition. Tried it once before ~5 years ago but part way up it didn't feel right.

This year we lucked out and nabbed a descent before the face shed in earnest, likely today or very soon. While I'd label a recent ski of Mt Despair as a probable first descent, call this one a possible first descent--it's so close to the road, seems likely someone has sent it before.

Fri and Sat party-skied WA pass area tours in relatively cool temps and often firrrm conditions. Yesterday (Sunday) it stayed cool enough to venture up the face and see if it agreed with our ambition. Seth and I were greeted with typical spring variability: wet snow on a supportive crust, sections of chalky powder on same, and the occasional deeper mank where the recent storm's new-snow sluff channels had aerated and warmed [speculation]. These latter were relatively easily climbed through or stepped over.

We climbed the face in a C-shape, using a rising right-to-left ramp to circumvent the mid-face cliff band, and carefully picked a line of ascent to reduce overhead risk. The face was quiet all day. Our high point was the notch between Corteo's two summits, which granted fantastic views of Goode, Storm King, Logan, etc. (The remaining ~100' to the higher southern summit were not skiable.)

The variable climbing conditions had me skeptical about the ski, but the face actually skied pretty well with focused turns and easy sluff management. The position is outstanding, and we found the navigation around the cliff band to be invigorating. Once through the exposure and cruising on the apron, carefree turns on corn further elevated spirits -- spring skiing in the Cascades is difficult to rival.

Expect that the corn cycle is revving up along the SR20 corridor -- hope to return soon!

Some pics below, but no ski pics yet...hopefully the climbing pics give a sense for the position.

The face as viewed on approach: 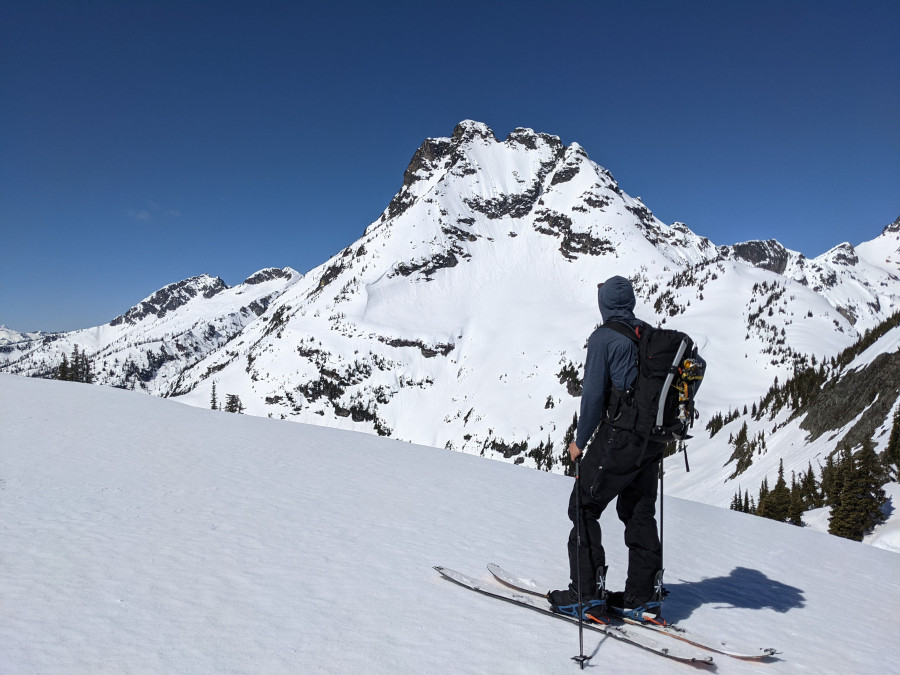 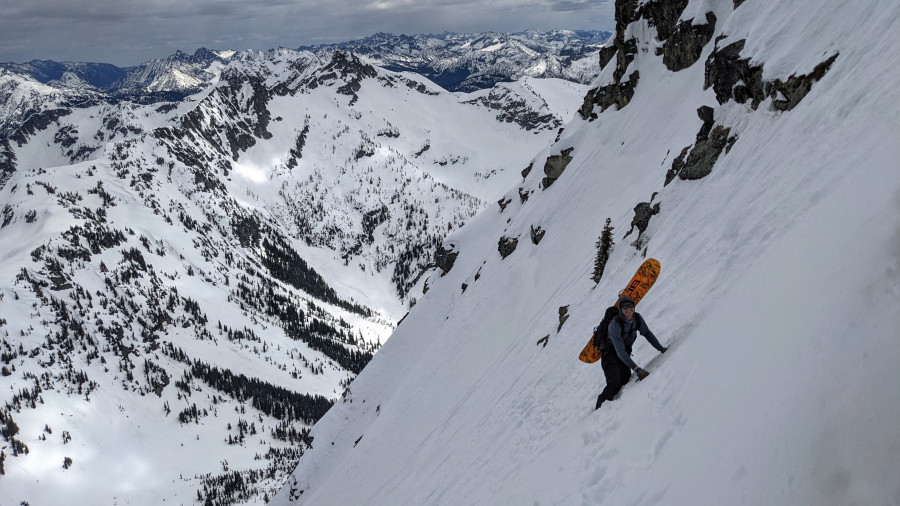 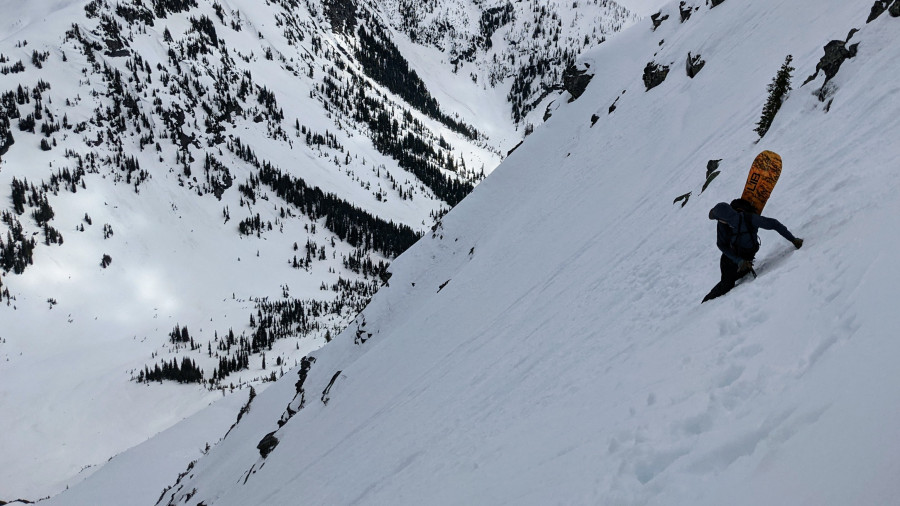 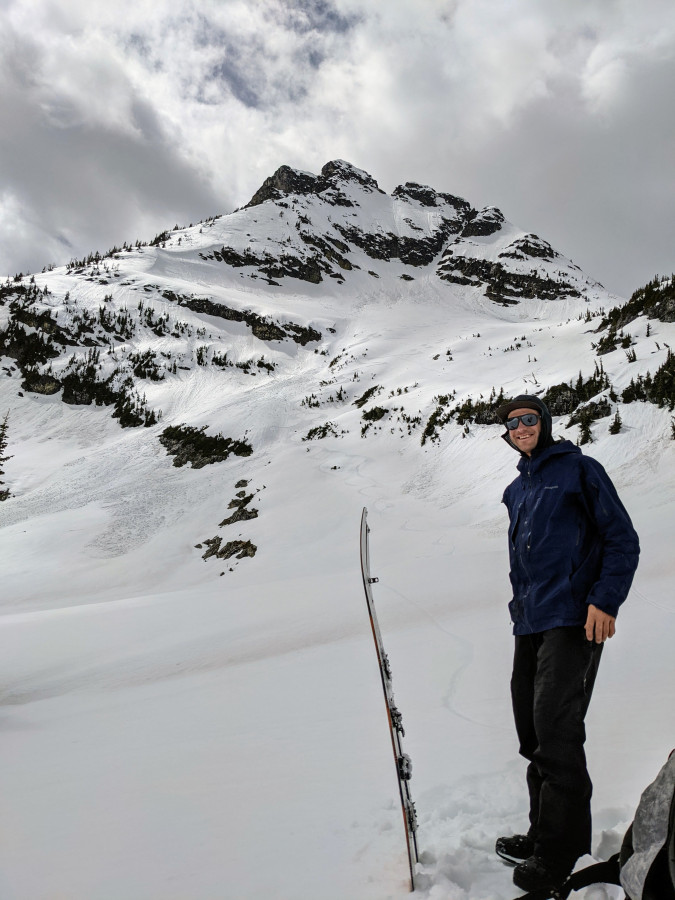 So rad, I'm always staring at that thing...

Nice one, guys, you bagged it!

Nice to see reports coming in again about skiing lines that most just daydream about.

Nice! definitely stared at this many times and wondered...stoked to see it goes in the right conditions. Way to go get it. I also wondered about that couloir climbers right of the notch; how wide is that thing?

Sickkk - way to get after it!

Looked at your turns from Maple pass on Monday. Impressed! Puckering!