Cave Ridge and above

It was a promising morning, with very nice soft snow and some clearing skies. Good coverage in Commonwealth, no trouble with stream crossings (second log bridge upstream is very easy). Reached the top of Cave Ridge with excellent views, snow still good. The valleys nearby and some summits were beginning to collect fog. The round east summit of Snoqualmie still looked clear. The ridge up that way had lots of firm windpacked snow, but I did not find any slabby deposits. Fog arrived to the summit just as I did, and I was also greeted with an awesome fogbow and Brocken spectre. On the descent, south slopes made lots of snowballs, but no further instability. And the trees down Cave Ridge still had good (though increasingly moist) snow. Once I reached the exit, tree bombs were going off everywhere, and the warmth was a little surprising. Very foggy over at Summit West. 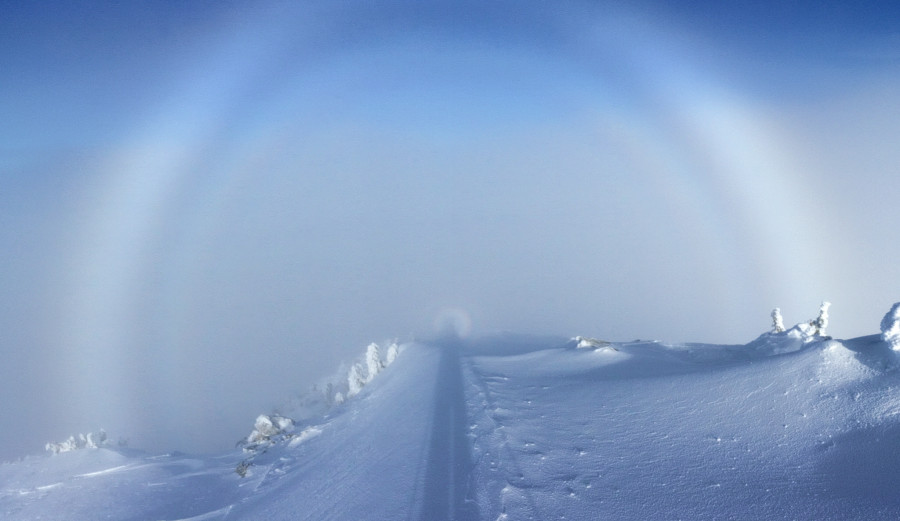 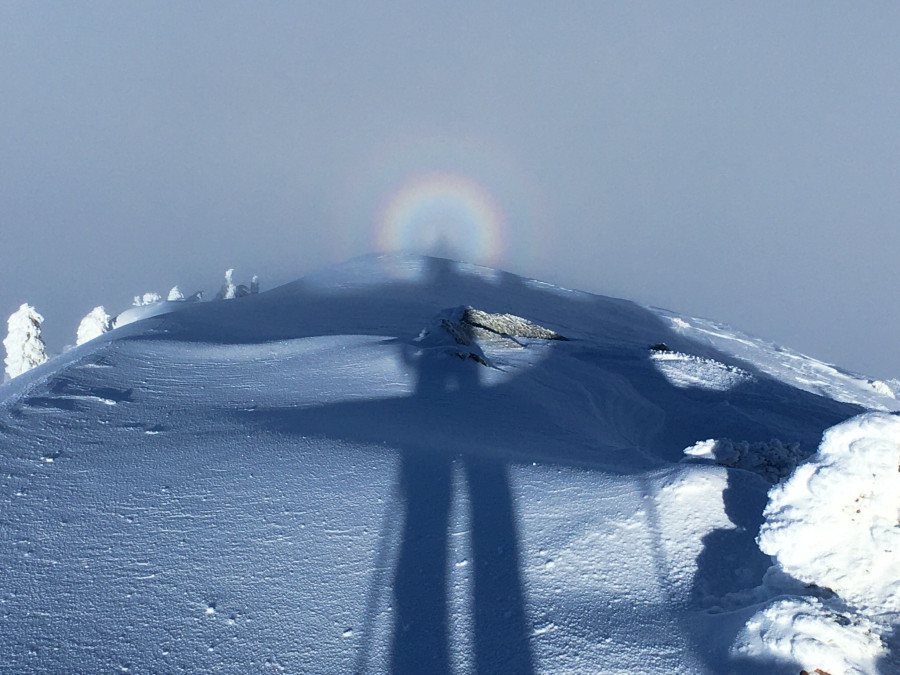 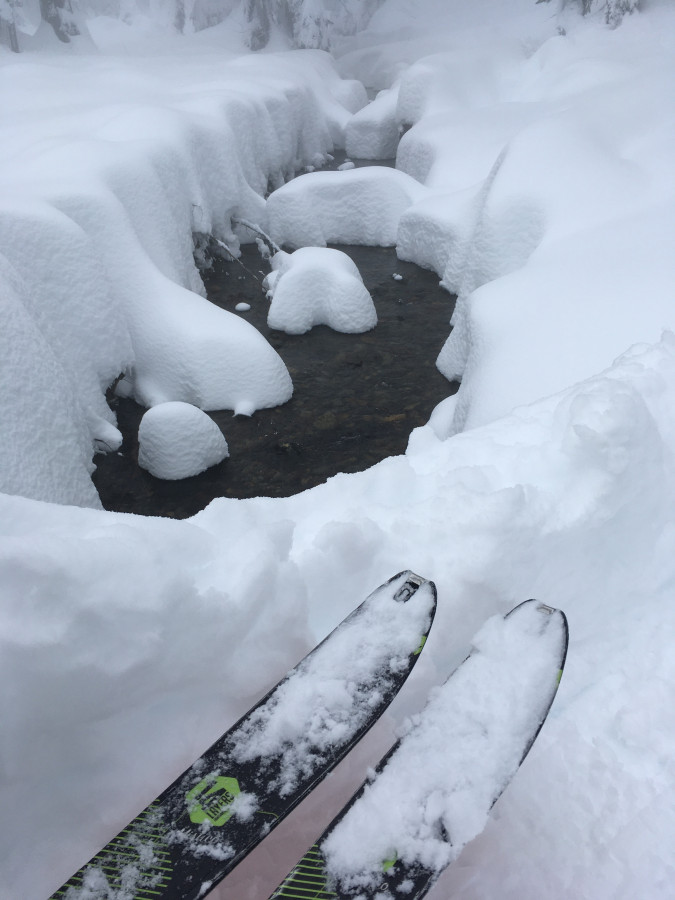 Awesome report! Do you have a GPX?

Good zone up there.

Wazlamont, just go explore and you'll figure it out.

Good advice Kam. Imagination in collaboration with the space around you can bring good results...and its always three dimensional (kinda like frankfrank's Brocken spectre shadow! )

Thanks for the report. I'll be skiing vicariously these next few months so keep 'em coming

Sweet fogbow. Did it look like the fog came in from any particular direction? East? West?

I don't think there was much direction to the fog. It was a very calm day overall, just some localized air movement near the ridges.

It suggests that the effect is more distinct when the droplets in the fog are of uniform size, which is more likely when the fog is newly formed. I think that is what happened here, as the fog didn't blow in from elsewhere, it formed at that location very close to the time I arrived.

Here is another observer's description found at that site. He's talking about a mountain (reek?) in Ireland, but it could apply equally well to where I was on Snoqualmie: "That ridge very often has very good bows like these - it runs east-west and the wind blowing up the relatively gentle southern slope creates a vortex in the steep corrie on the northern side. This brings the air up the cold northern slope, but only to the top and staying on the northern side. Ideal conditions!" -- from https://atoptics.co.uk/droplets/fogbim18.htm