Started up the rough climbers trail after fueling up on a Croissan'wich and 3 pc. french toast stix.

The path is a little steep in places but generally easy to follow and well flagged all the way up to the gully/'key ledge' that gives access to the north slopes.

While there were many blowdowns and brushy terrain made more fun with skis the mature forest was beautiful, lots of big hemlock and doug firs. No snow until the forest opened up to talus and heather slopes around 4800'.  After going up the hidden muddy gully I rounded a rib to the north slopes and switched to ski boots and skinning

Snow was soft and not too overcooked. The 1000' of skiing was over far too quickly.

I didn't see any animals either...unless you count the human wildlife on the Mtn Loop. and Lake 22 zoo 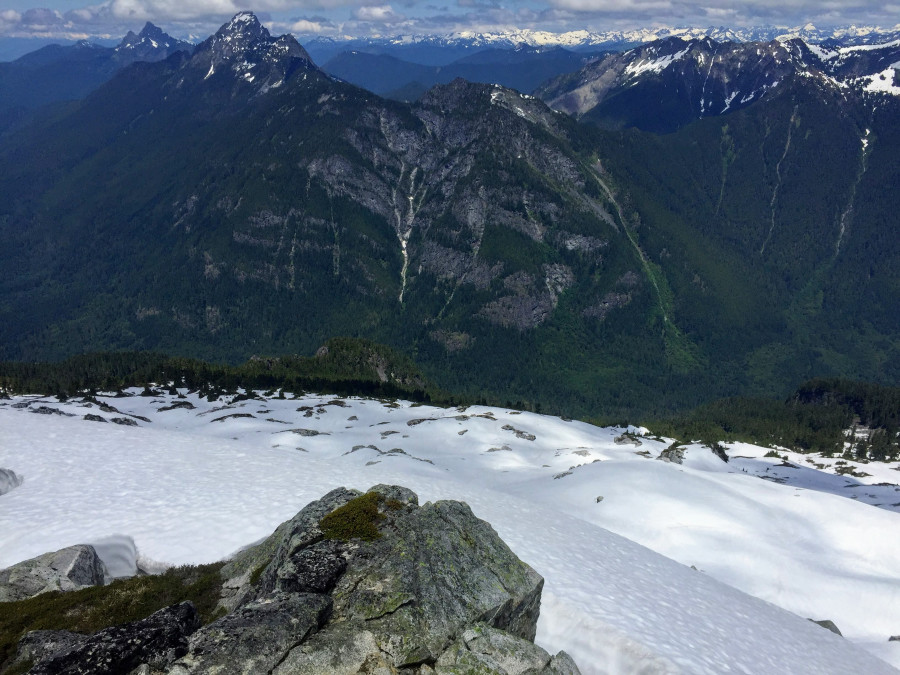 Looking down at n slopes and valley - Pugh is prominent peak at left. 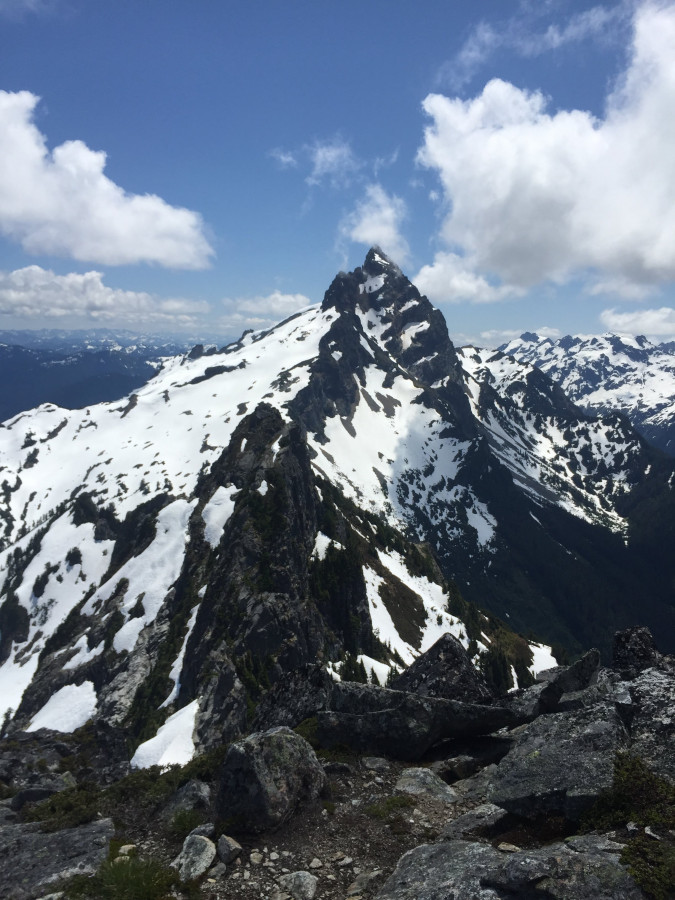 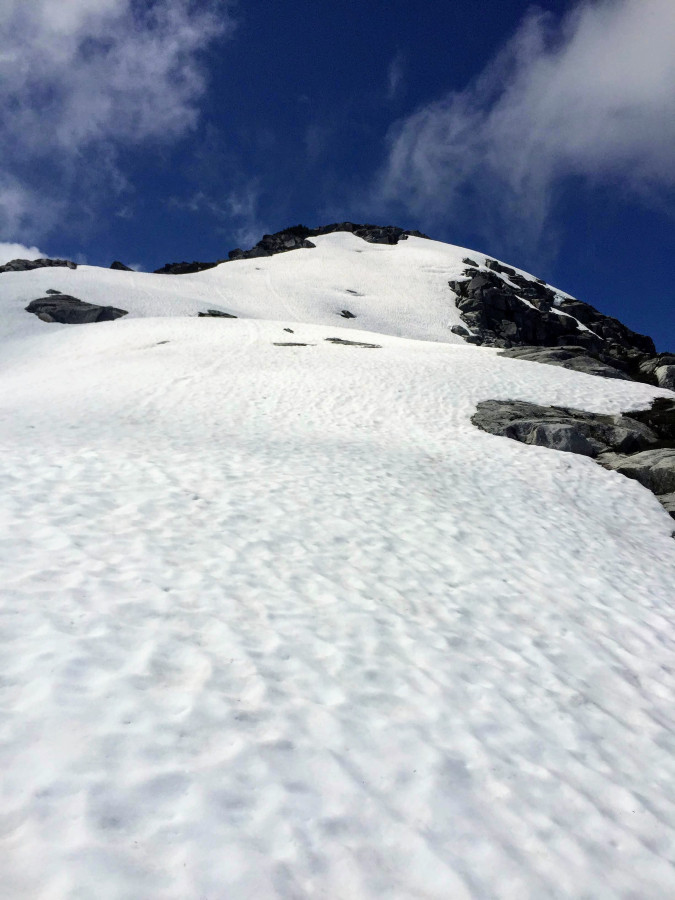 last few hundred feet bellow summit after getting on the rib, I was able to ski to/from about 10' from the summit 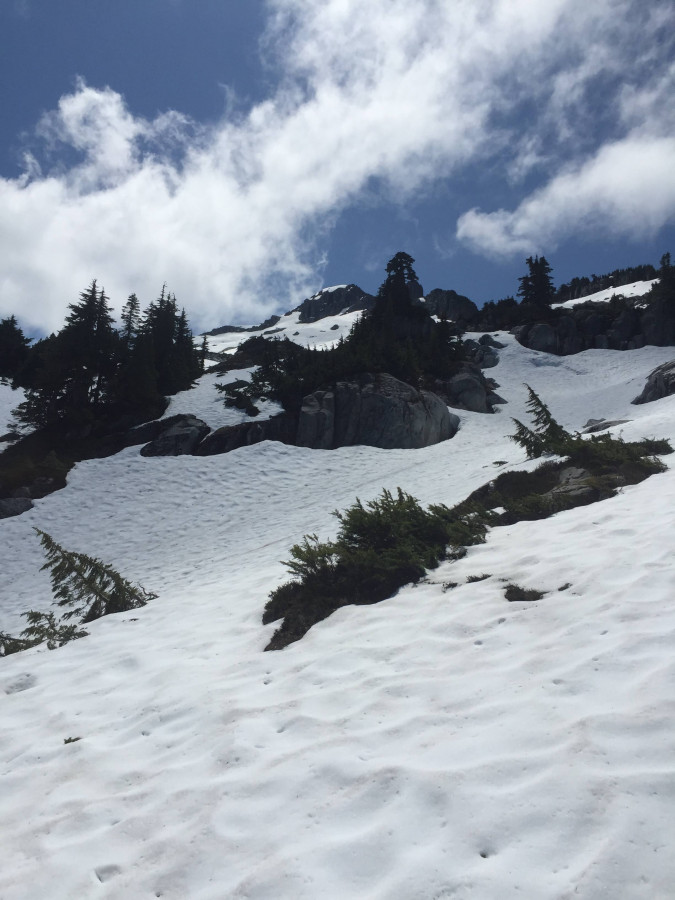 Thanks for the TR, but your pictures aren't showing up for me.

I see them now! Cool trip to an area I don't know

Cool report and love your food choices!  I've not been in this area but will have to check it out. Thanks for posting!