Enjoyed a wet morning of skiing Green Creek on Wednesday. Ingmar and I started hiking around 5:20 am and the creeks and rivers were raging. Lots of wetness on the hike up the climbers trail to Green Creek, which we crossed by fording the swift current that reached up to our knees. It was kind of rough going and we weren't sure we'd even end up doing any skiing, since we had an early turnaround time.

I suggested that we check out a line I had spied on my Easter pow reconnaissance up this valley. A nice S aspect couloir dropping off Mythic ridge from ~5300'. It was pretty runneled and rough looking in the gut, but appeared mostly continuous except for a series of questionable moats. At least it was below the fog deck that was obscuring the upper peaks!

We left some gear in the flats below and started booting up the steepening couloir, donned crampons to cross the runnels, and enjoyed a slowly steepening climb. The first moat crux wasn't a big deal and would be skiable on the down, but we stopped about 200' shy of the top out on another discontinuity. It wasn't skiable without hucking onto a steep exposed face or a delicate step on rocks. This next slow slope looked only weakly supported and we worried about the potential of it releasing to the rock. No thanks, time to ski.

Fun exposed steep skiing on rain corn. Soft and fast and only minimal sluffing. We schralped down to our gear, ate a snack, skied to our shoes (no pollen!) and began the wet but less cold hike out.

I'll have to go back for the full line in midwinter some time. 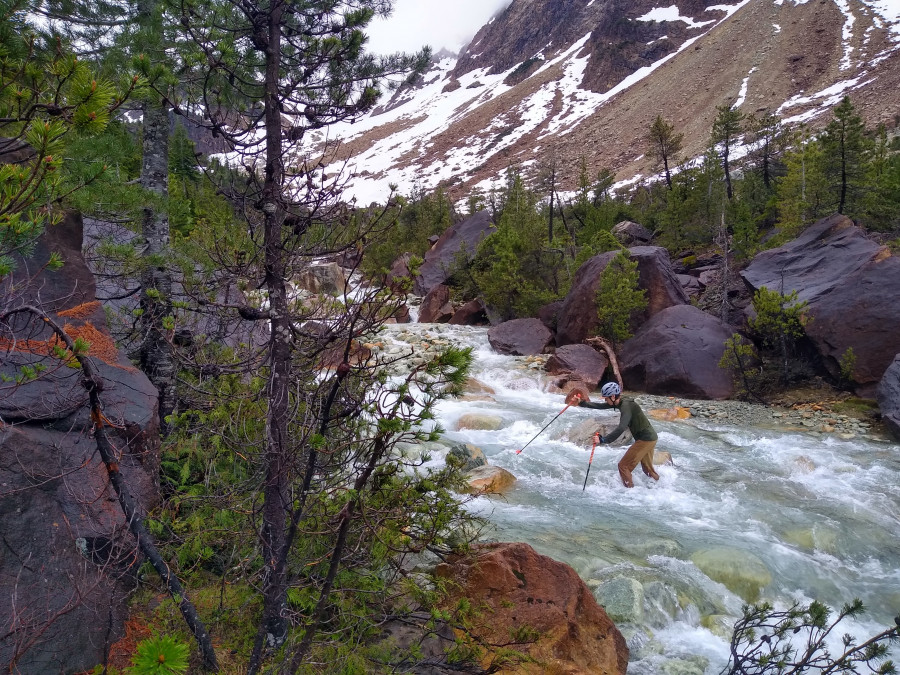 Scouting the crossing. We found a shallower one upstream on the way down.

Looking up at our filthy line 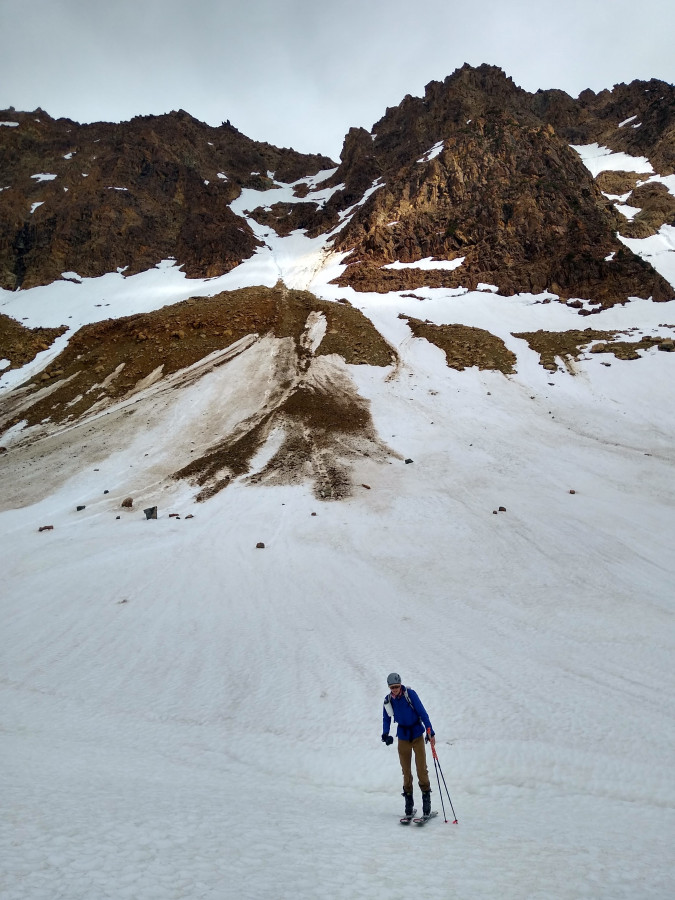 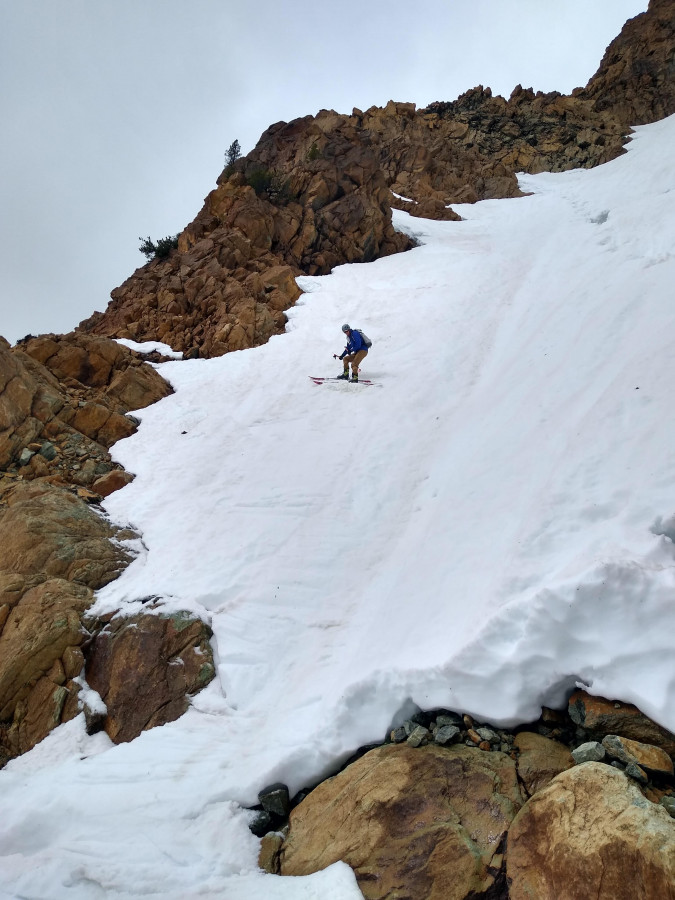 above the lower moat 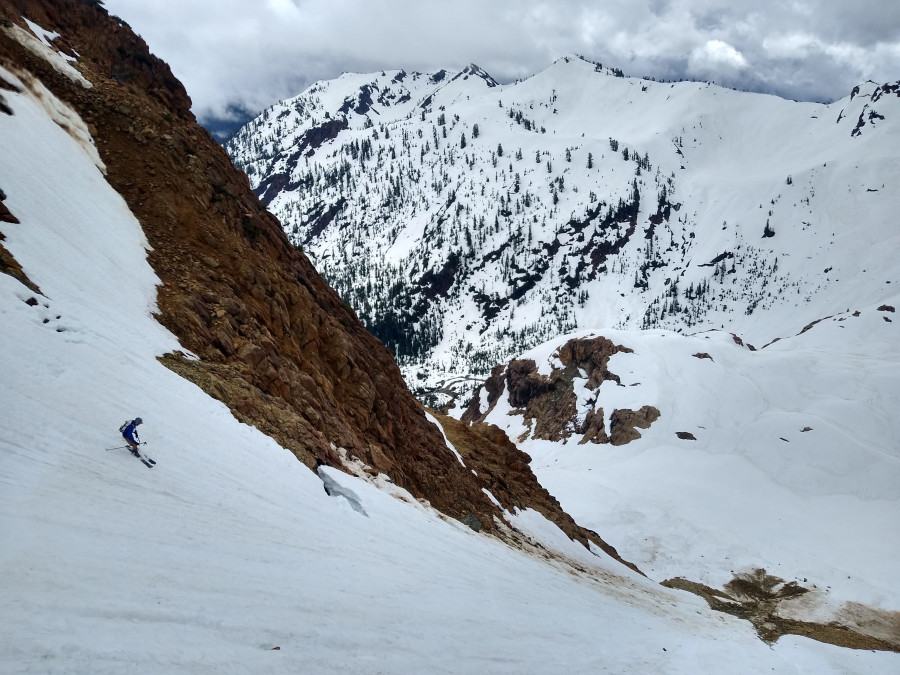 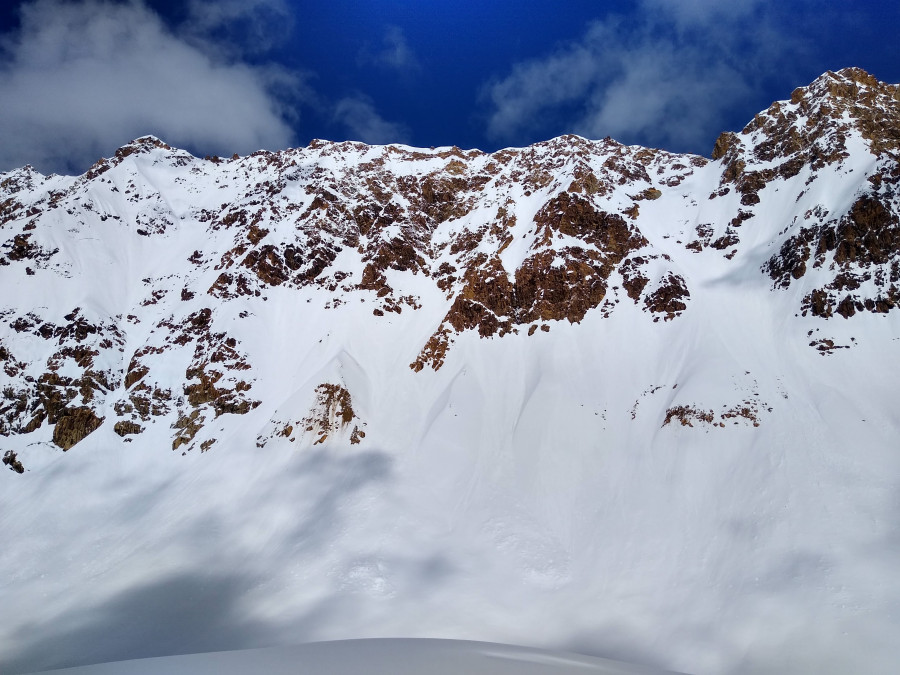