Great day on Vesper today! Got up at 4am, met up with my ski partner and left around 5, got to the trailhead around 7. The first few miles of straight hiking were pretty nice and had a few fun stream-crossings as well.

We put our skins on once we hit snow in the basin under Hardee's around 8. I'm not sure what time we started actually booting up but the sun was already beating down and the snow was soft. We watched one person struggling up the main Hardee's couloir and another bailing from it so we decided to go to the climber's right-most couloir instead and boot up that, which wasn't too bad though oddly that was the hottest it got all day. Once over to the other side it was pretty smooth sailing and we summited just after 11 and took a sizeable break there. We didn't see the skier who had been booting up Hardee's on the other side so I'm assuming he bailed, however there was one pair of hikers slightly ahead of us and 2 groups of skiers ~30min behind us who summited while we were still there.

The run down was really nice, slushy corn skiing. I hadn't skied since Washington Pass three weeks before so was just grateful to be getting turns in. Instead of going back down the couloir we had climbed, we went skier's right-most to what I'm pretty sure is Hardee's. It skied great! Really fun couloir, better than I was expecting. While we descended we passed 10 people, 5 going up Hardee's and 5 going up where we had. It was past 12 at this point and I was really surprised to see people still climbing at this point. Luckily for them, the clouds had rolled in an hour before and the snow was no longer baking, otherwise I think the snow in the couloirs would've been really slushy. As is they were still struggling and were doing a crampon ferry to get everyone up, since not everyone had them (I actually hadn't brought any myself but we hit it early enough that it wasn't a problem).

The rest of the hike was really nice and was a nice wind-down from the day. We made it to the car around 1:30 and was nice to know that we'd have a whole evening back in town. All around a great day and I definitely recommend it - I think it'll hold snow awhile longer. 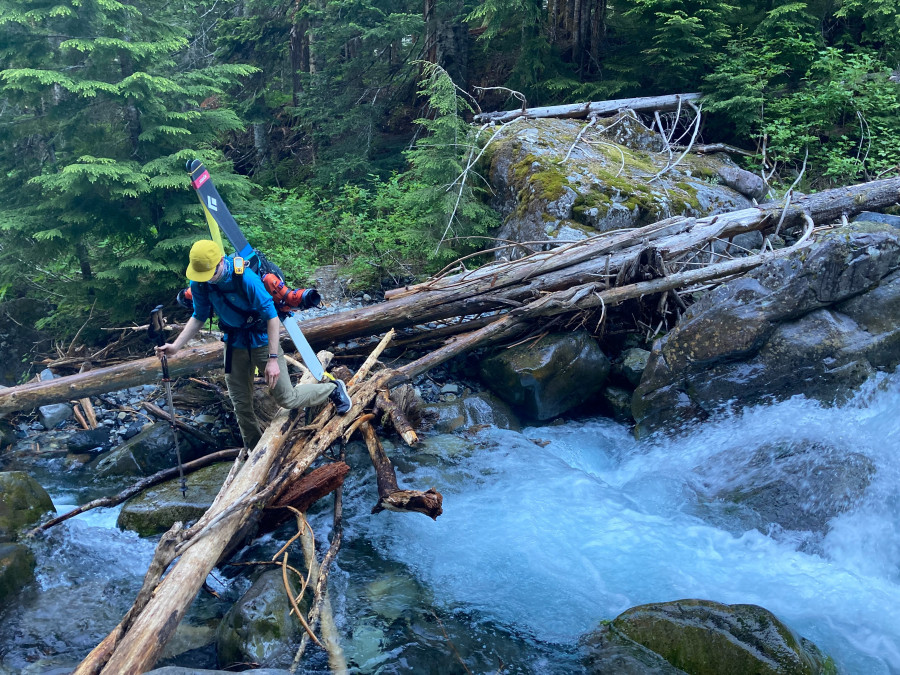 Stream crossing not too far from the start of the trail 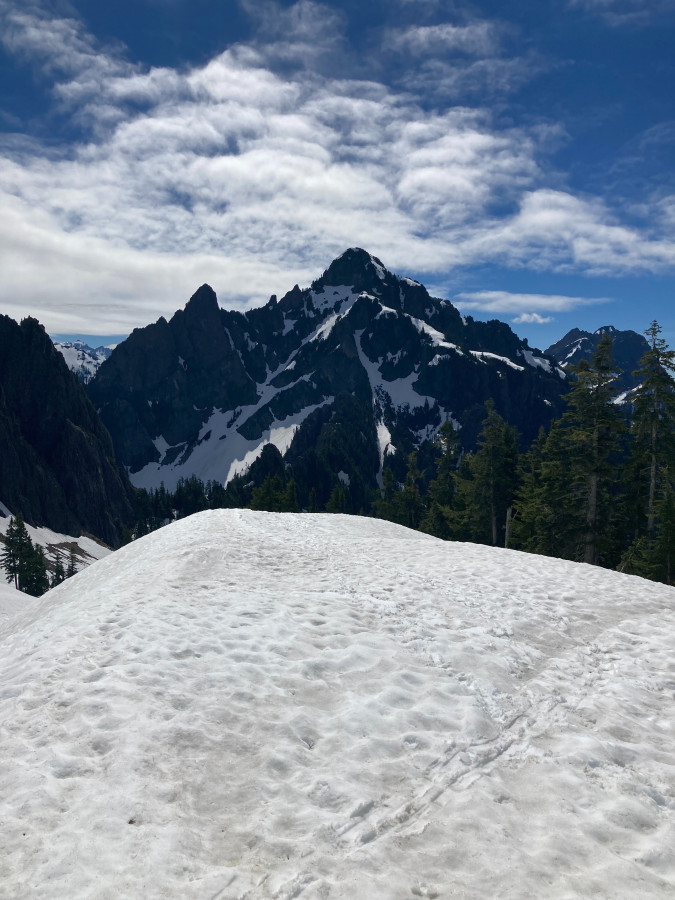 Looking over at Morningstar 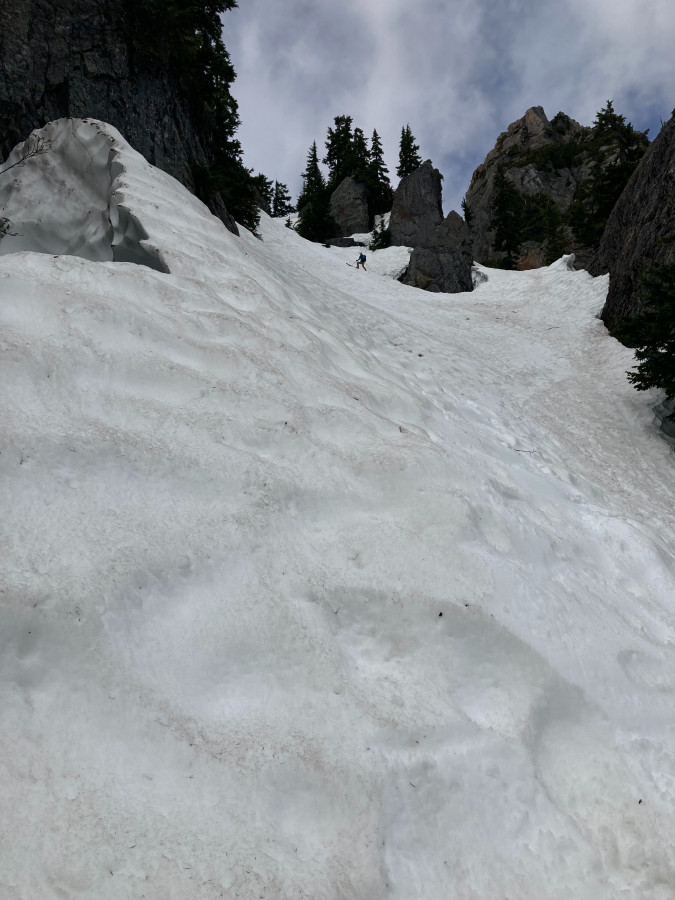 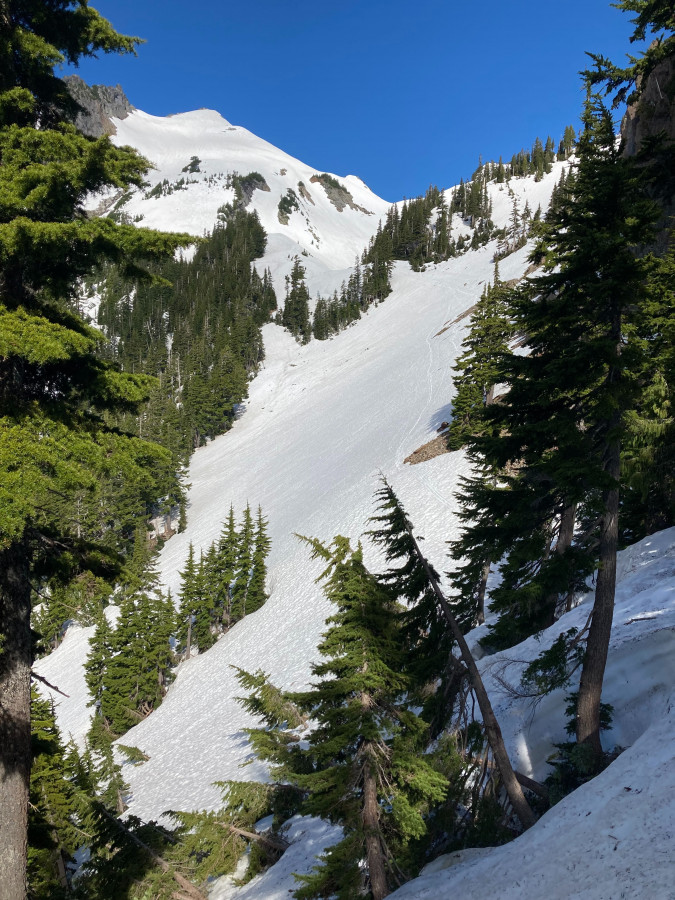 Looking up the ridge towards the summit 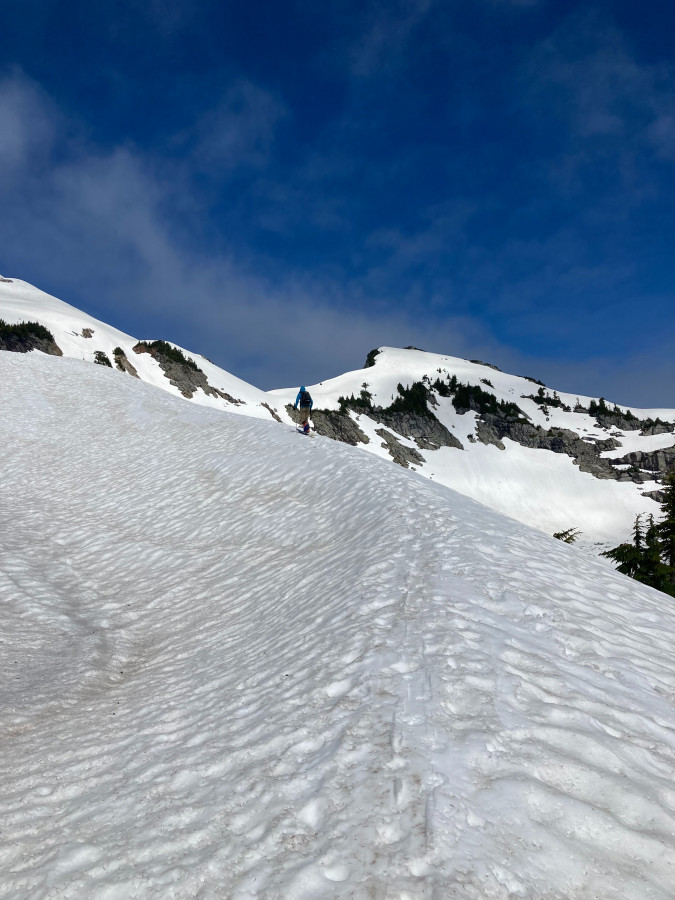 Skinning up the ridge ~1000 ft below the summit