Really no touring hiking or skiing until Sept 30th in Washington State Forests.
Check out the links below.

Uphill Policy Notice:
In partnership and alignment with the United States Forest Service and its closure of developed recreational day-use areas, all terrain within The Summit's permit area is now closed. This closure applies to all Summit base areas and all types of recreational access, including but not limited to; ski touring, skiing, snowboarding, hiking, snow play, and sledding. For more information about the closure of USFS day-use areas, visit the USFS website.

Depends which Forest Agency Alert you're reading. For example, Columbia Gorge specifically says ALL FOREST LAND vs other forest agencies stating All Forest Recreation Sites. The article someone posted on the Rainier & Olympic access is closed also says you can't even go off-trail or bushwhack in Columbia Gorge.
2020-04-01 19:41:00
nwboarder82
4/1/20 10:49pm
Chamois

ALL trailheads are closed. I think the intent from that narrative on that page also is clear - really - they don't want people accessing the trails. I suppose you could park by the road and say, access Granite Peak if you really felt you needed to do that.

Or if you are lucky enough to live next to a nice access point you could do that. But under the present circumstances  - really?

Everyone wants to be outside:  https://youtu.be/MMBh-eo3tvE

Went up to Stevens Saturday to check it out and was surprised to see tracks in the ski area. People had separated the cones blocking access to the parking lot to get in. Talked to a group of boarders (who were not social distancing.) I asked if anyone was enforcing the closure? They said no but were told they were on their own.

I stayed home last week because of the NF closure but there are options. I personally wouldn’t violate a coned off lot but the closure appears to not be enforced.

Backcountry skiing has the best potential for outdoor exercise (Allowed) and social distancing. Unfortunately too many people (talking to you boarders) are not social distancing and ruining it for everyone. 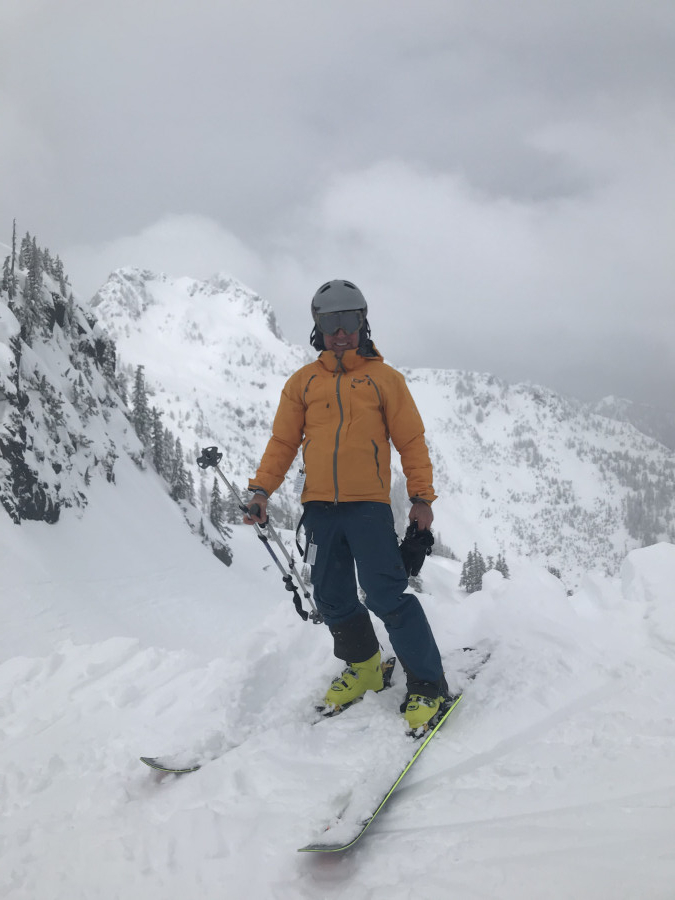 Curious how this new site works????

Are you folks really OK with this? This is BULL!! No Hiking, skiing, back packing, canoeing, kayaking all Freaking summer??? This is nuts! Are we living in a police state now? Please give me one logical reason for this. And please don't tell me it's because somebody might need to be rescued.  There's people all over this state riding motorcycles, flying in light aircraft, running power tools at home, falling off ladders, and doing all kinds of dangerous stuff, but we can't go freaking skiing?????? Grow a spine people!!!

I don't think everybody's okay with it, but it doesn't seem like a flame war anybody wants to wade into.

This sums up my feelings pretty well:

Yes, Flyfishing is a pretty solitary activity, and yet Inslee has banned all sport fishing.

I called Crystal mountain to see what they say about BC skiing, and they said they would have me arrested if I came up there, and yet, the homeless camps on public property are left alone to spread disease among the population, construction continues on Key Arena, people are driving all over the place delivering fast food and Amazon packages, the Pot shops are open as well as the liquor stores, the light aircraft folks are free to fly all over the place whenever they feel like it, people are riding their Harley's and crotch rockets around in groups, and on and on!!! What the ??????

Not sure about anyone else. But it is very tempting to be a criminal. 4  weekends in a row with sun. One of the best springs for skiing in many many years.

What a load of crap! Being outdoors in the sun and getting some exercise is the best thing a person could do right now. Inslee is an idiot!

The decision comes the same week that Inslee partially lifted restrictions on outdoor recreation and some construction projects. Residents will be allowed to play golf, go fishing and hunting, and use state parks and public lands beginning May 5. Public gatherings, team sports and camping are among the activities still banned.

Seems like ski touring is a go, if all national forest access is open.  I'm planning to go to Crystal, but I'll probably check first. Otherwise it will be Alpental for sure. Unless it's raining., even then, I might go if it's not pouring.

We've had one hell of a nice spring! Tons of snow too. Too bad we had to miss it!

This is all such BS!!! I guess skiers aren't in the same class of citizenship as Golfers, fishermen, and hunters!! Skiers don't have enough rich country club types with big political pull like the golfers do. Whatever happened to equal application of the law. Are skiers second class citizens? Call your lawmakers and raise holy hell!!