It's that time of year when conditions change radically from day to day. You don't really know unless you go.

Saturday, reports were that Edith Creek basin was fat with powder, and epic turns were had.

Telemetry suggested that things had stayed cool overnight, and so Sean and I were hopeful that the fluffies would have been maintained. Skinning out of Paradise there was mixed feedback as the left side of the skin track was heavy and wet, and the right side was still soft, dry, and fluffy.

The basin sure looked nice as we approached it. We decided to to take a quick lap on the smaller east facing slopes, and discovered some patches of powder and some patches of breakable crust. More mixed signals, but clearly it wasn't gonna be all time conditions.

There were a couple groups ahead of us climbing the face lookers right of Golden Gate falls. The skin track from the day before was slick and the turns from yesterday had hardened into mini-chunk-a-monk. We watched as a couple skiers came down the portion of the face we were eyeing, we heard their skis rattle across firm snow and watched as the struggled on their turns.

We gained the ridge and explored a short smooth pitch on "the back side" toward the Paradise glacier basin - snow was definitely in nicer condition on these east facing slopes, but the pitches were short and not so great that we felt compelled to do another lap.

We headed back to Mazama Ridge and picked our line down into the basin. Skiing was complicated by trap crust, but we found a couple of small pow stashes. Skiing back the the skyline trail was the most comical with 2" trap crust and nearly impossible skiing conditions. At least tumbles in this part of the zone are low risk and mostly just the source of funny videos.

There was a luge track of an exit line down to the road at 4th crossing. Where we skinned back to the parking lot. 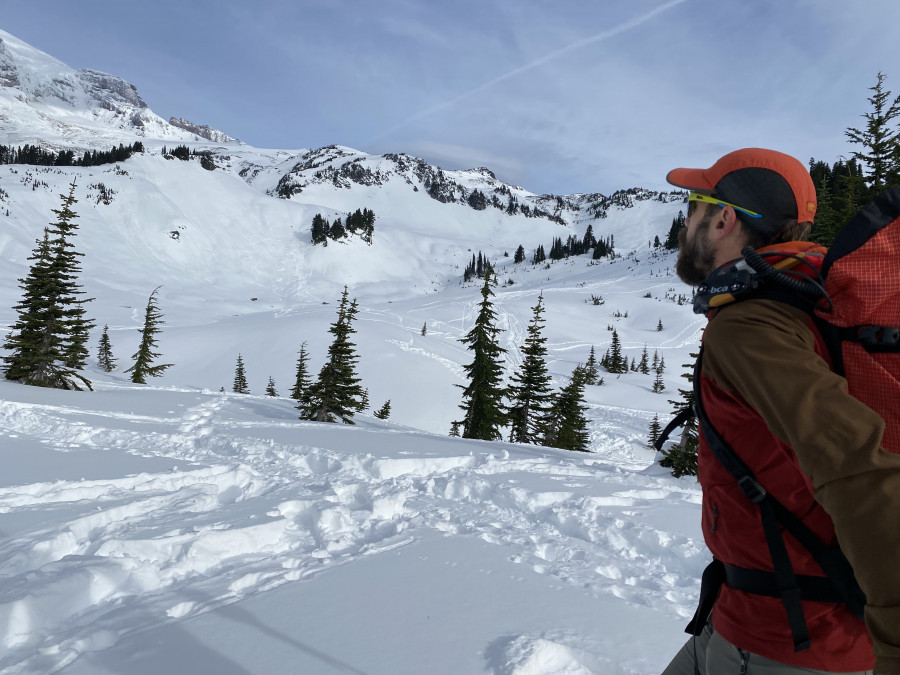 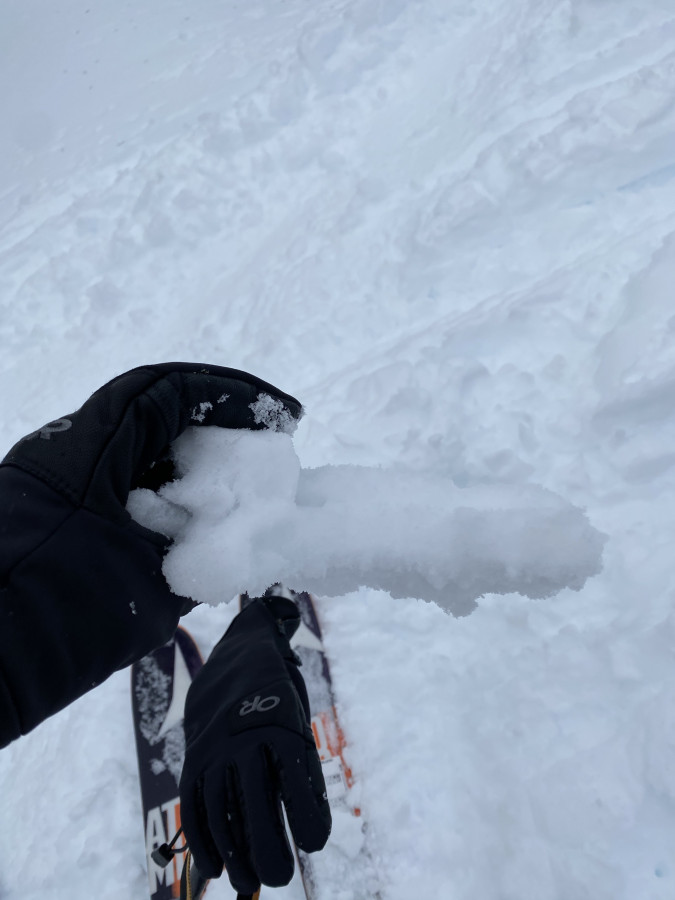