The pied piper called the crew to Cathedral Pass Trailhead and we set out for our assault on Mount Daniel. By the time we got to Aha Pass we were hiking in 8-12” of soft powder and the stoke was growing. We gobbled up the scrambly bits and effortlessly completed the sometimes sketchy traverse without incident.

Skinning began at Peggy’s Pond and and the deep powder had us salivating. But there were still plenty of rocks exposed. After a creek crossing and a boots vs skins race to the ridge line cutoff (Skins won!) we stopped for lunch on the ridge.

Sadly the backside was not in, and so we headed up the ridge toward East Daniel Peak. Traversing the ridge above the cliffs gave us some pucker worthy moments as we noted several sections of 1-3” wind slab on top of 2’ of unconsolidated new snow.

While skinning I broke off a wind slab that propagated 12’x5’ and was 6” deep. It didn’t run but was a reminder that the snow was not as primo as we had hoped down low.

We knew the summit was out and we made a plan to find low angle slopes to ski on our exit. Good, albeit shark infested turns were found and we played silly games skiing back to Peggy’s Pond.

The crux of the day was the deproach as black ice on the trail resulted in at least three of going down and turtling.

All in all a good day in the mountains.

Definitely my largest tour group ever. 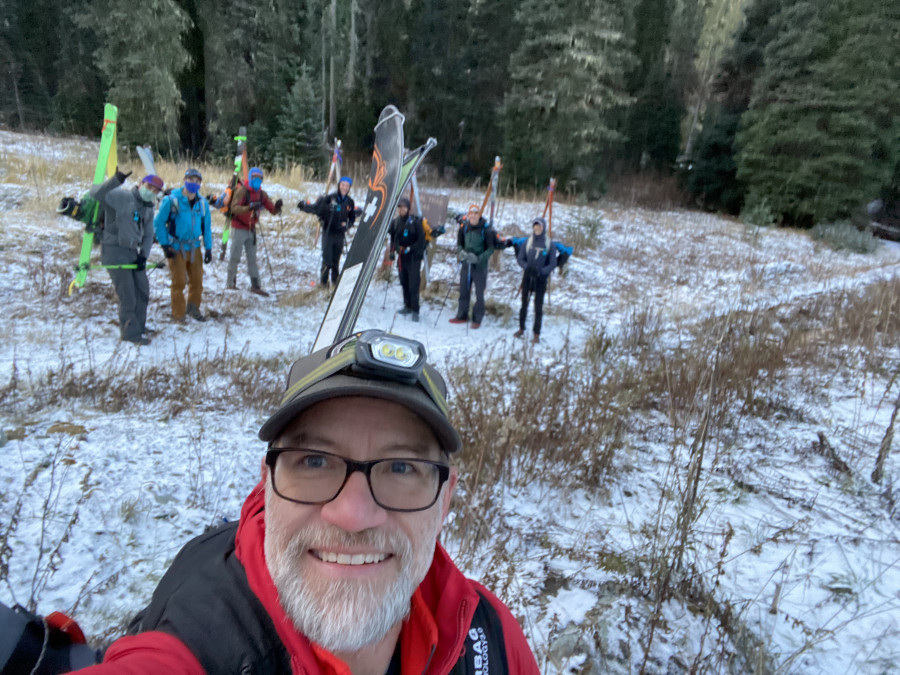 Chris made the first call... that meant Joe and Greaney and Sean the Younger from the Northern Hills. I called Colin. Chris also invited Adrian and Reed. Good crew. 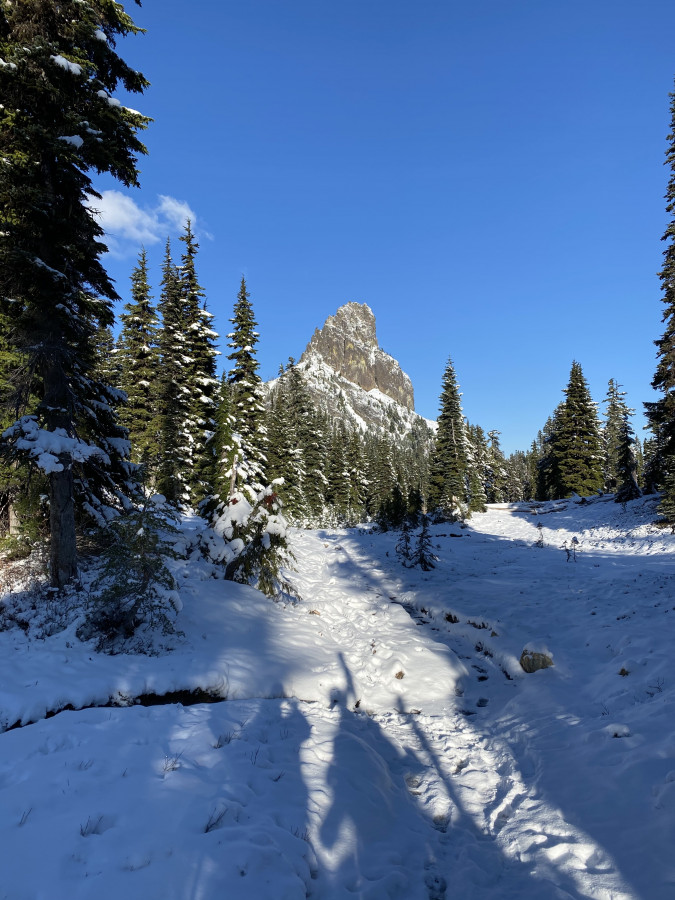 Smokin' Joe checks out the scenery 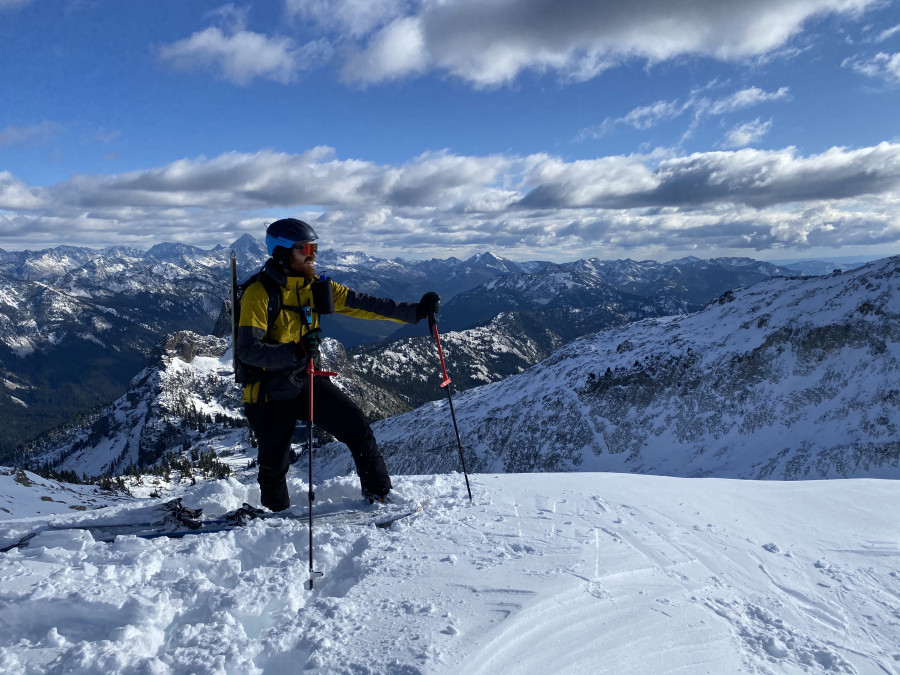 Lots of discussion before committing 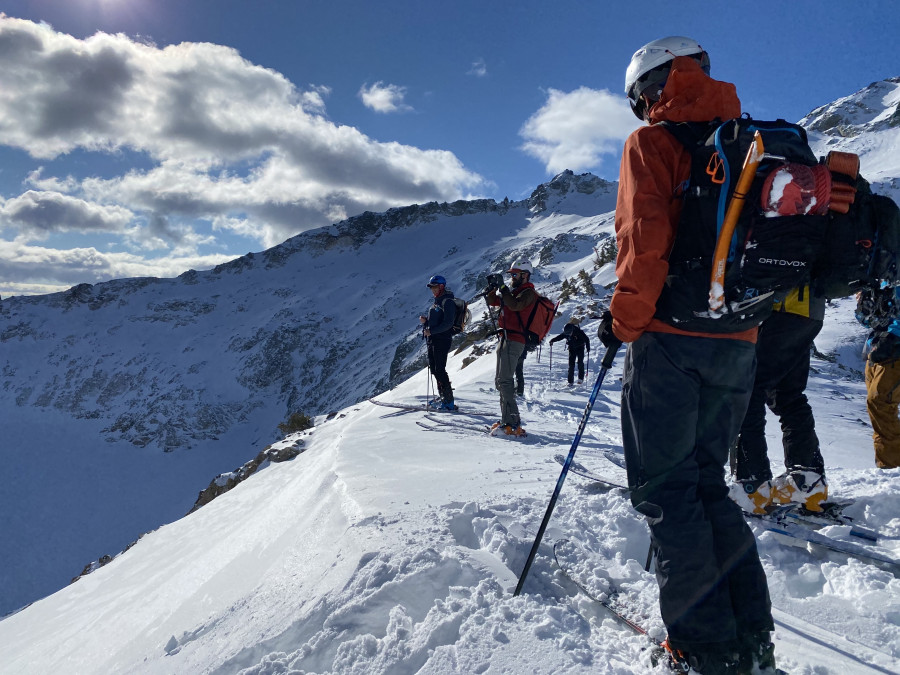 There was a lot to not like about the snow conditions at this point. We new the coverage was thin, I had broken a good sized slab on the skin up to this point on a similar aspect, and plenty of the routes around us clearly didn't go. Biggest risk was definitely gonna be sharks, but there was objective hazard of cliffs in the runout. 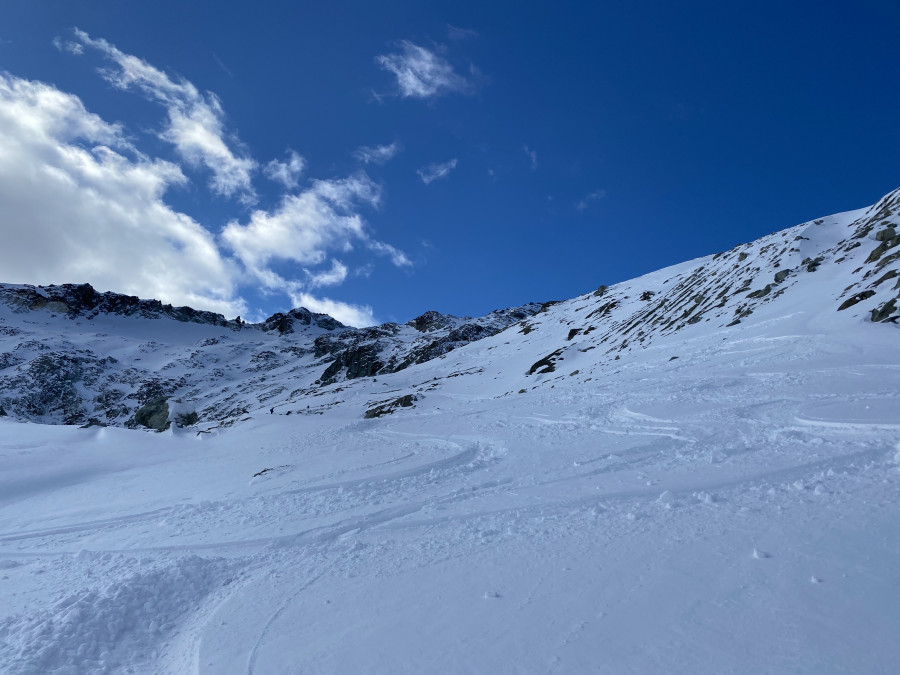 We managed to pick our way down to some low angle turns. Adrian hit a shark while traversing and his ski popped off and shot down the slope taking a flying leap off a rock. Fortunately he was able to recover it undamaged.

Scrambling with skis on.

Definite shenanigans on the exit. 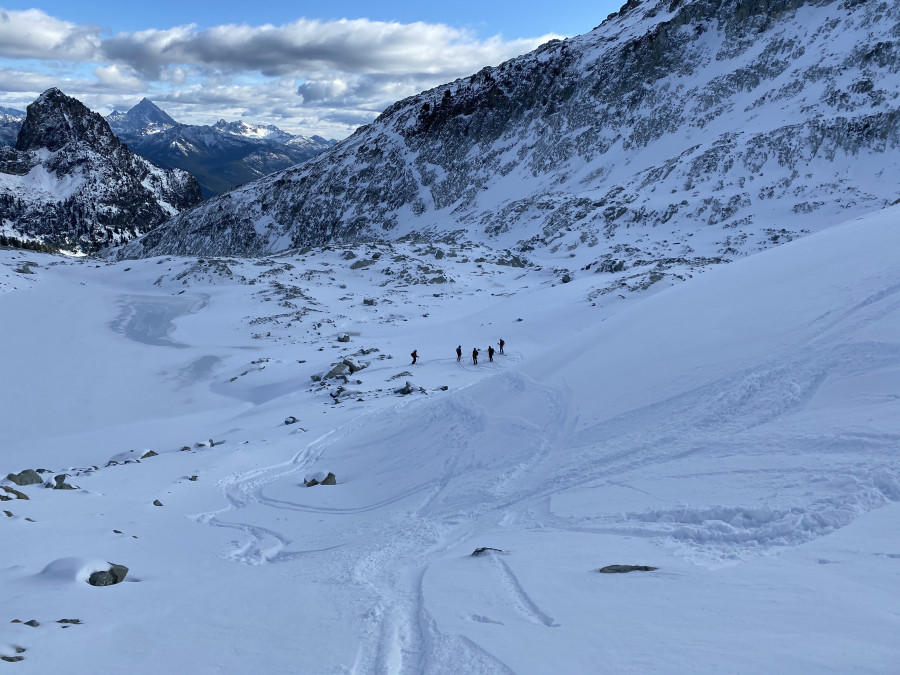 Looks like party time in the mountains! I really like that someone went by the name "Sean the Younger" 😋

@alisse - There are two Seans on the crew so we gotta distinguish them somehow. I suggested he should go by Sean the Bone Crusher, but that hasn't stuck.

Sounds like you all had a party, regardless of the conditions! :)