I rolled up to the North side of Stuart this weekend to see if there was any cold snow hiding in the shade up high and unsurprisingly missed the conditions window by a couple of days.  Still, it was a rad trip into an amazing place.  FYI, the snow is going to be funky up there for a while unless we get a refresh.

At 5:30 on Saturday morning I fired up the MMAV (Mini Mountain Assault Vehicle) and headed for the trailhead.  Passing bridge creek I saw a bunch of other folks gearing up for a big weekend in the mountains.

I hit continuous snow just below the eight mile trailhead and transitioned from braaping to skinning.  It took a little over 4 hours to get to the basin below the Sherpa Glacier moraine, and the approach was surprisingly pleasant compared to other cascadian forest strolls.  Unfortunately I rolled into camp at about 11 and the shed was in full swing.  After watching the climber’s right faces above the Sherpa and Ice cliff shed repeatedly I knew that there were no couloirs in my future.  After a quick brew up I skied up onto the sherpa glacier and turned around at about 7200’ when I could no longer avoid exposure to overhead risk.

The ski down was surprisingly good cold, wind worked pow as long as I strung together shady patches. Anything that had been exposed to Friday’s patchy sun was crustfull.  I napped the day away listening to walls shed all around me, and went for a couple more evening laps once things had cooled down.  The bottom third of the moraine had a killer zipper crust, but I still managed to harvest a few thousand feet of pow-like snow (perhaps my last for the year?) before awkwardly flailing my way through the zipper crust moat surrounding my tent.

Sunday morning I got an early start and headed for the Sherpa Glacier couloir.  I transitioned to crampons and ascent plates 100 feet below the schrund, but was dismayed to discover that the schrund was covered in a thick spindrift ramp/bridge that I was sinking into up to my waist even with ascent plates.  I had a really bad experience in a similar situation a few years ago so I decided to turn around to avoid swimming across the schrund solo.  There were fun patches of skiing on the way down but the snow had not aged well and I experienced a variety of crusts.  After pulling camp a relatively pleasant 2 hour ski and a relatively unpleasant 1 hour boot-pack-luge took me back to the bike and a preview of summer. 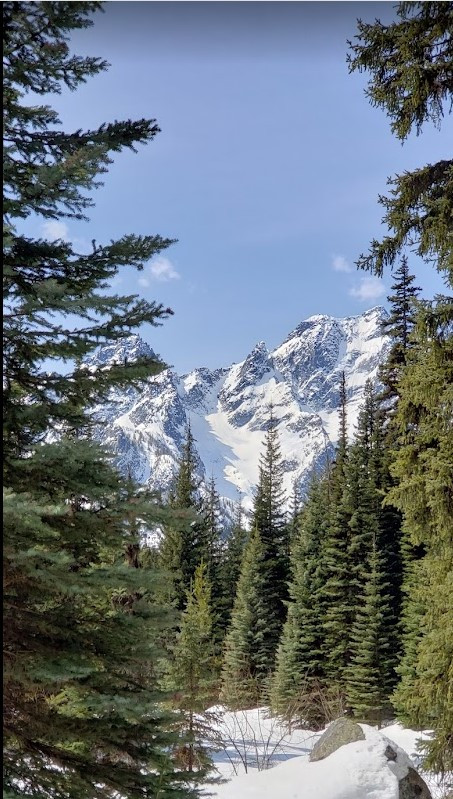 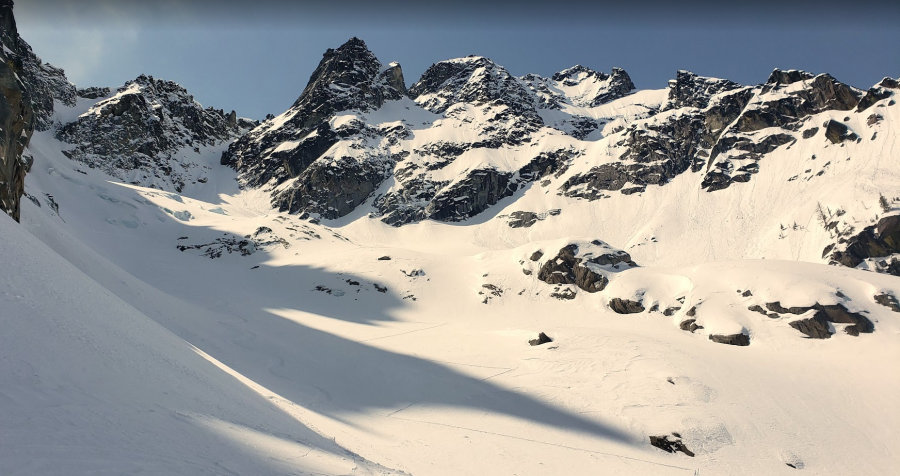 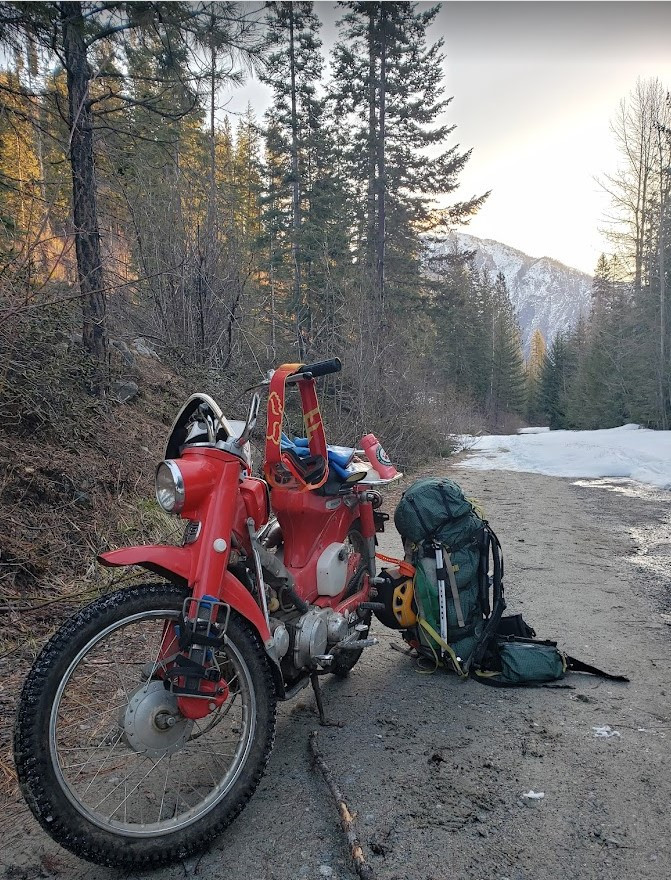 If anyone knows how to rotate uploaded photos on this platform please let me know!

Mush season is in effect.

I think the photo issue is somehow related to some kind of embedded metadata. I have no idea if it can be fixed via the forum interface but have fixed similar issues in my image editor.

Thanks! I love reports of soloists in their element, but still being safe.