9/7/09
6058
4
Posted by Boot on 9/7/09 1:18pm
It really did snow down to 6000' and there really was 1-2 feet of it up high!  Took the 4th Crossing Trail up to Paradise Glacier Trail and kept going up past Cowlitz Rock and onto the base of the Paradise Glacier.  Post holed to my knees in drifts and shins in other places.  Poor visi most of the time until I headed out, of course.  I ended up crevassed out on the far right of the Glacier, but had it been clearer on the way up, I probably could have picked a better route lookers left of the snout; at least it looked that way when I got a little glimpse.  Found another good patch off the southern aspect of Cowlitz, so climbed up and rode that down too.  Managed to make it a little further down than expected and didn't even hit a rock, though didn't look that encouraging going up.  Ducked into a cave/moat for lunch in midst of a snow squall for some welcomed protection.  Fun Labor Day and didn't see anyone past Stevens-Van Trump Monument. 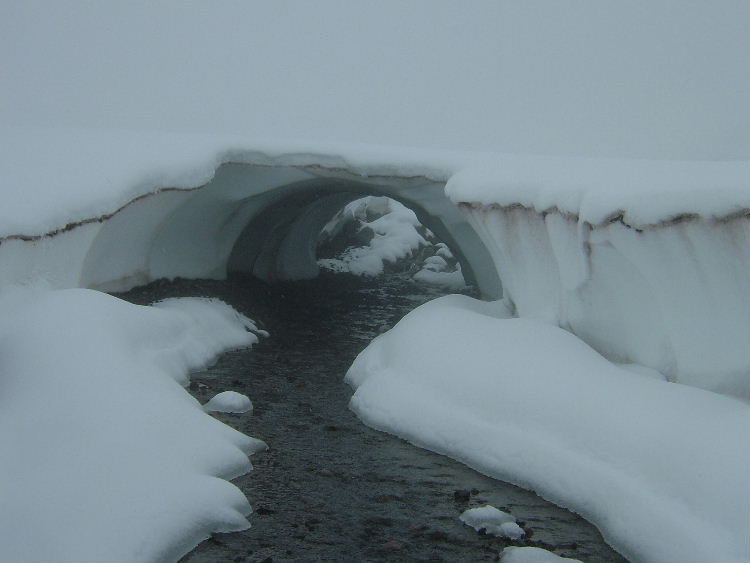 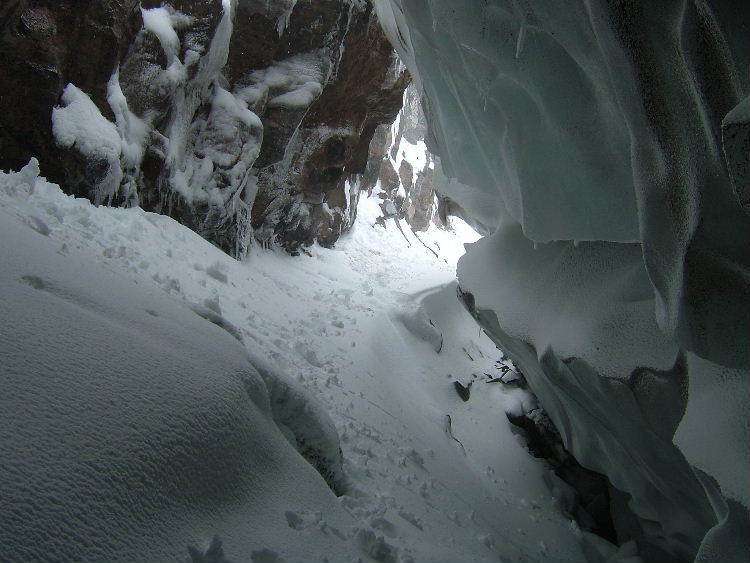 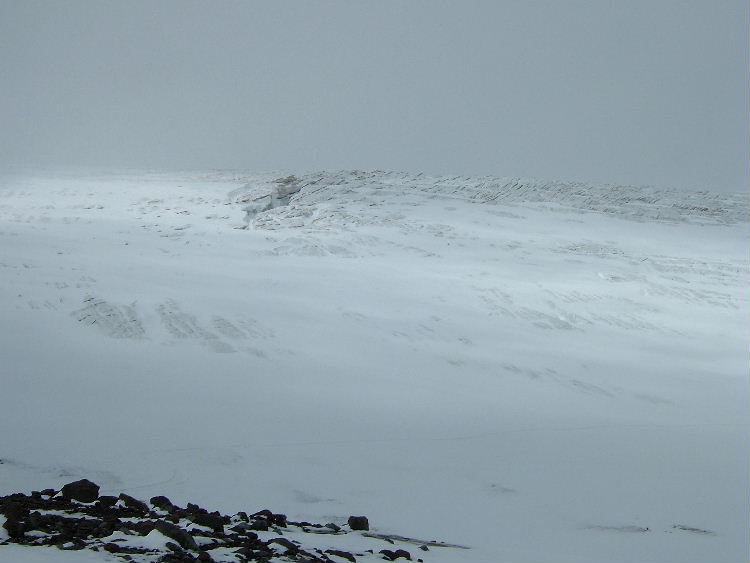 9/8/09 5:10am
telemack
Those photos are a tripfest!  The perspective of a soloist dodging vertigo?  ::)
Any predictions on whether/where the snow will linger next weekend?
9/8/09 6:09am
cornride
this is so refreshing (i know, it's what everyone is thinking, but i had to state the obvious)

i'll return to my sweet dreams of knee deep pow now. thanks.
9/8/09 8:59am
davidg
I have great confidence that vogtski or acarey or one of the other fortunate, retired ashford skiiers will tonight post a report of todays blue on new...  please,  for tomorrow, it rains  at 11 k and my only thoughts will be i SHGY..
9/8/09 11:04am
boot
I'm betting most of it will be melted off by the wkend, though some of it up high on the glaciers may linger enough to keep things smoothed out.  The mountain sure looked beautiful today from town; wishing all day I still had Tuesday's off  :(.