We went out to ski fresh on Ruth Mountain. The approach was unpleasant. Multiple steep snow avalanche chutes some with sketchy snow bridges that needed to be circumnavigated. I would not be surprised if the bridges melt out enough by next weekend to make the hike in more manageable. Although some may become more sketchy. Continuous snow didn’t really start until below Hannegan Pass. And we would hardly have called it skinable. Once with skins on we easily made our way around point 5930 and to the summit on buttery fresh.

Descent on the upper mountain was glorious. Turns got stickier and sloppier the lower we got. We did not ski down the gut as we wanted to minimize the uphill on the return. Having said that we took the right most skiers line before the tree from the saddle between Ruth and Point 5930. Then we traversed below thin coverage on the west face of Point 5930 before booting back toward Hannegan Pass. 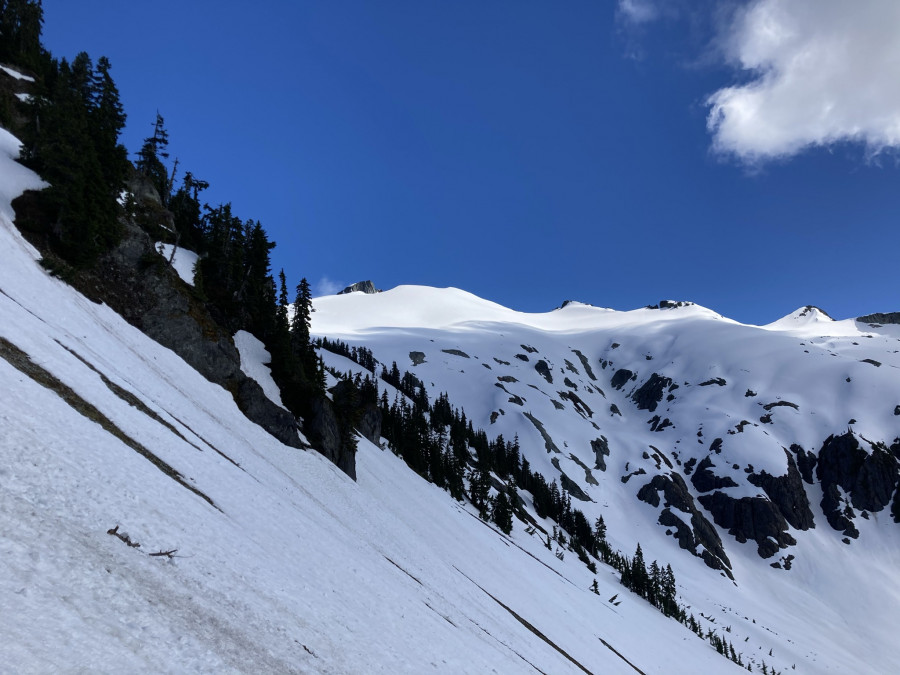 Beta on the fall line runs 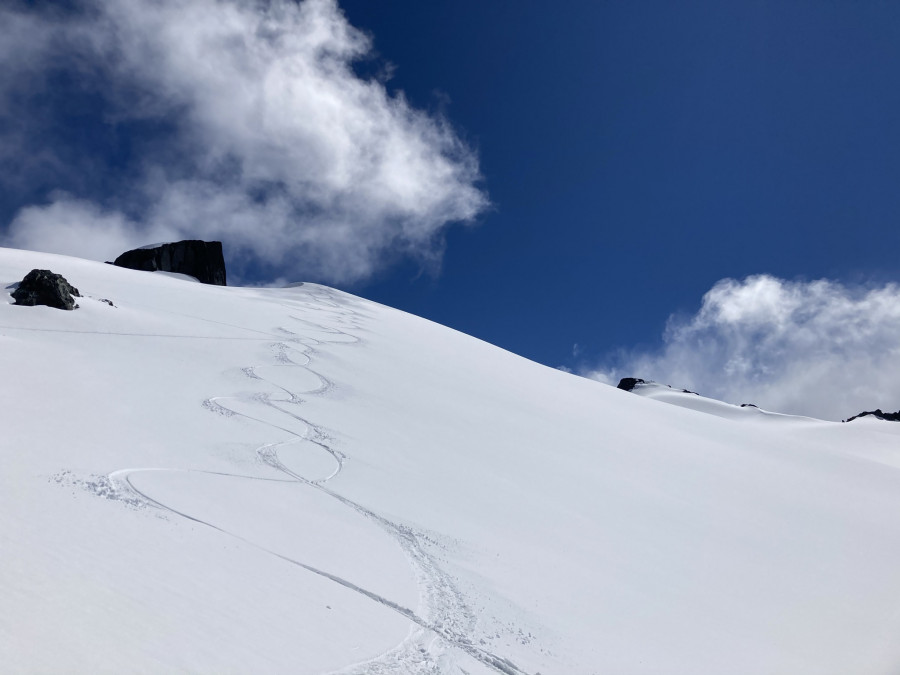 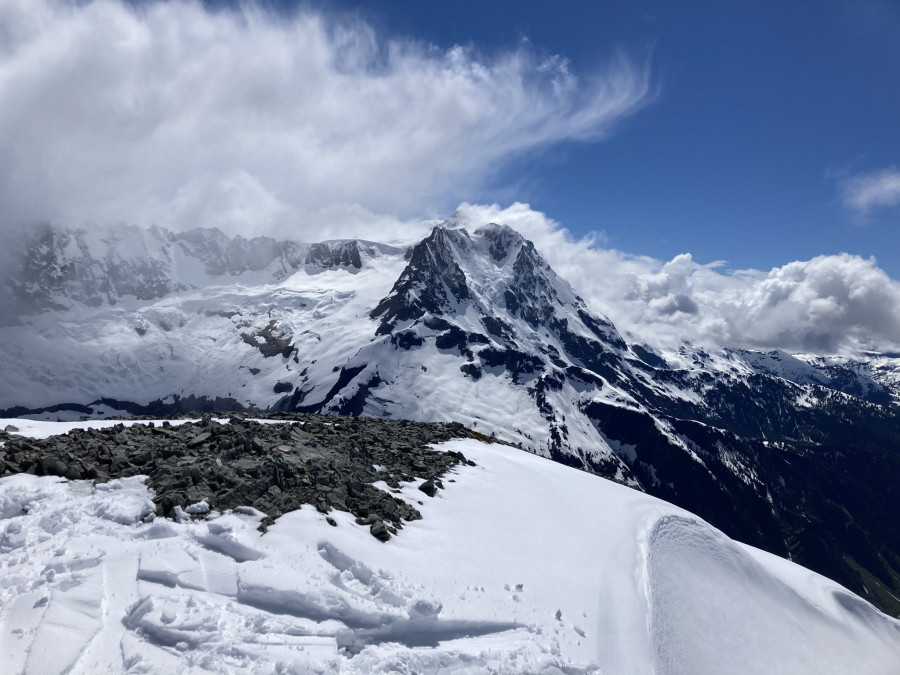