Lots of activity in the SnoqPass BC this week, most of it on the way to and around Source Lake (surprise, I know). Someone in our party suggested exploring Thunder Peak (aka Avalanche Mountain aka Rock Thunder) by Snowlake, and it was a pretty good call - there's quite a bit of terrain for such a relatively small mountain. Some of the trees are fairly dense, others well spaced out so doing a couple laps helps with getting the lay of the land. The open section at the bottom is a sweet reward for weaving your way through the forested top. We encountered about boot-top to mid-thigh deep, and still fairly light, though it seems to be slowly turning into the classic Cascade concrete (especially, if you happen to take a spill). Everything we skied and observed was stable; we did see some surface hoar, but it seemed pretty fragile so hopefully it was destroyed by the snowfall we were to receive last night.

The vistas from Thunder/Avalanche are pretty amazing - you get the full 360 view of the area with a chance to ooh and aah over everything from Rainier to Summit Chief, and everything in between.

It was mostly just us in the morning, but a few other parties found their way over there by the afternoon.

I've heard Thunder and Avalanche but Rock Thunder is a new name for me. Someone should ski the E face of that thing down those sick avalanche paths to the clearing some time!

Yeah, we call it Thunder or Avalanche, as well ... when searching the net, I discovered this so thought I'd use the new-to-me name in the title for kicks 😎

Thanks for the report, and keeping the website up and running Pavel.  It’s a different perspective on the snow lake zone 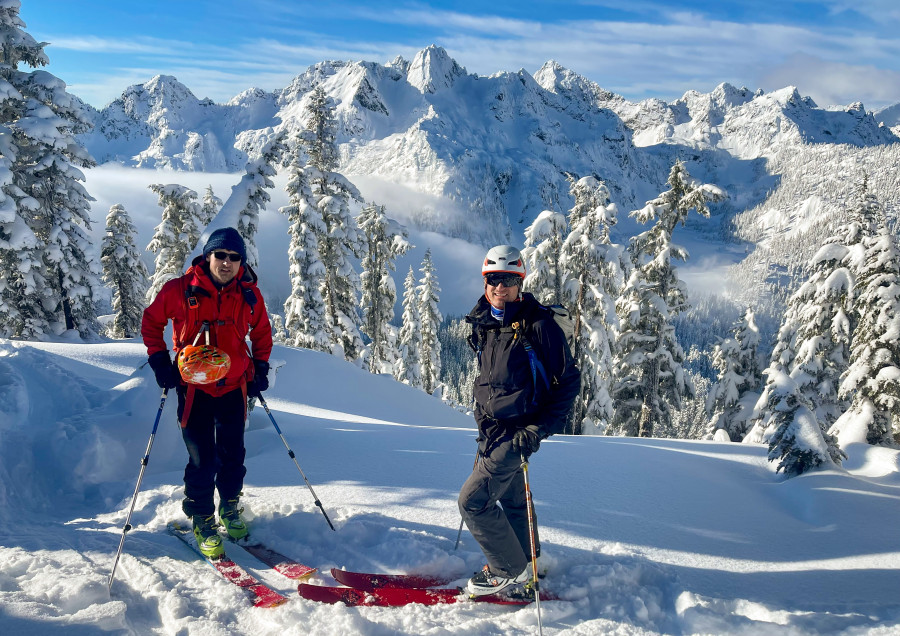