Nate and I skied from Rainy Pass to Easy Pass from 5/23 to 5/24. We took the standard route up Black skinning from Rainy Pass, traversed across the S face, and dropped into a long couloir leading into Grizzly Creek. We headed up towards Silent Lakes and spent the night near treeline. In the morning we continued to Silent Lakes and skied a nice couloir down into the Fisher Creek Basin. We followed the summer trail to Easy Pass which required a bit of hiking. As we were traversing to Mesachie Pass a Navy helicopter flew in and began searching the area. Two skiers had fallen traversing the slope early in the morning, one was injured enough to need a rescue. Fortunately they are now OK. The vibes were very bad after the rescue so we decided to bail out Easy Pass instead of continuing to Mesachie. Looked like there would be a lot of bushwhacking involved with the Mesachie Pass exit anyway. The ski down from Easy Pass was fun mush skiing, snow ran out a few hundred vertical above the river. Nate biked the 10ish miles back to Rainy Pass to retrieve the van. No Highway 20 hitchhiking nowadays... 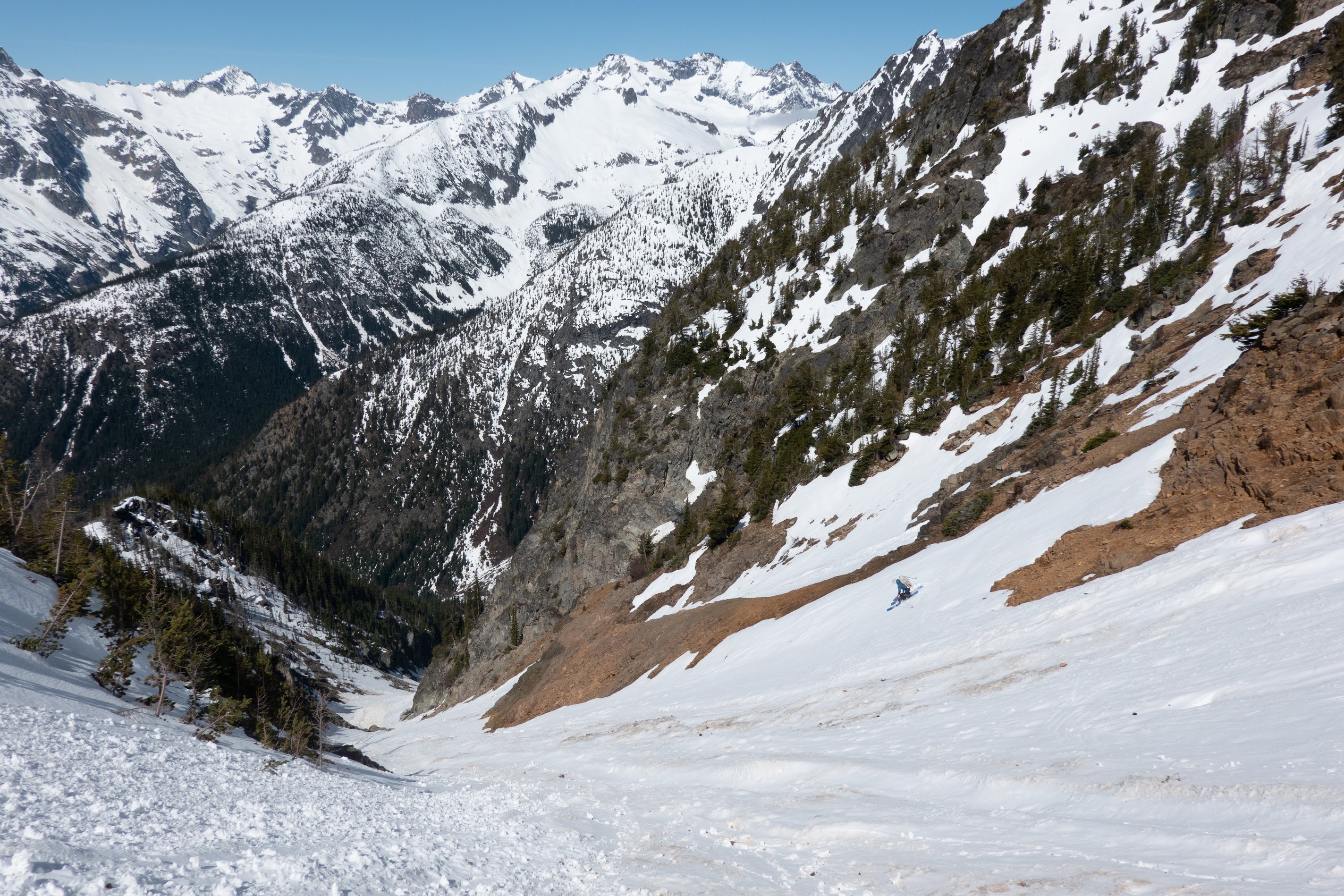 Nate skiing into Grizzly Creek, Dream Peak in the background 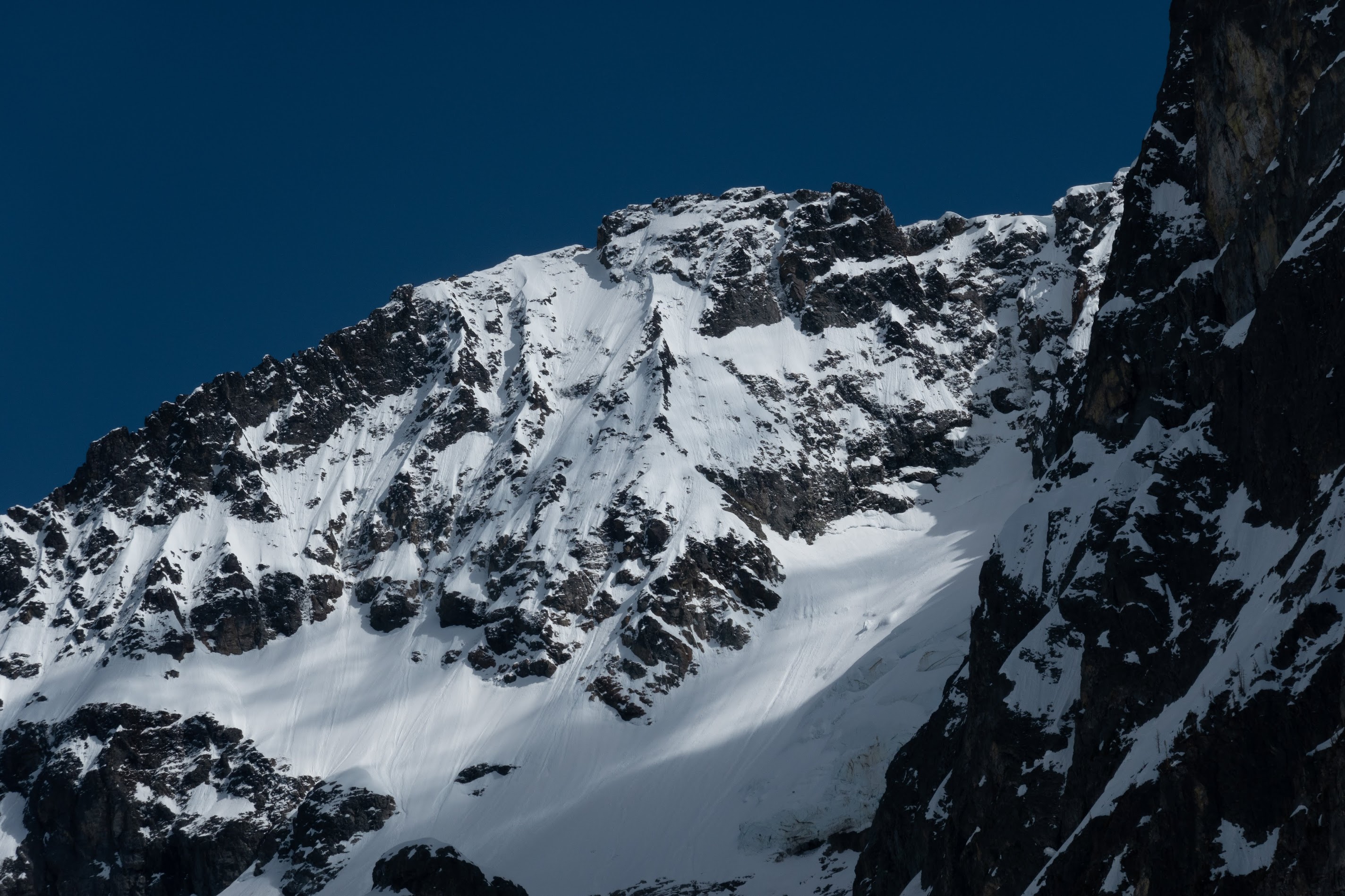 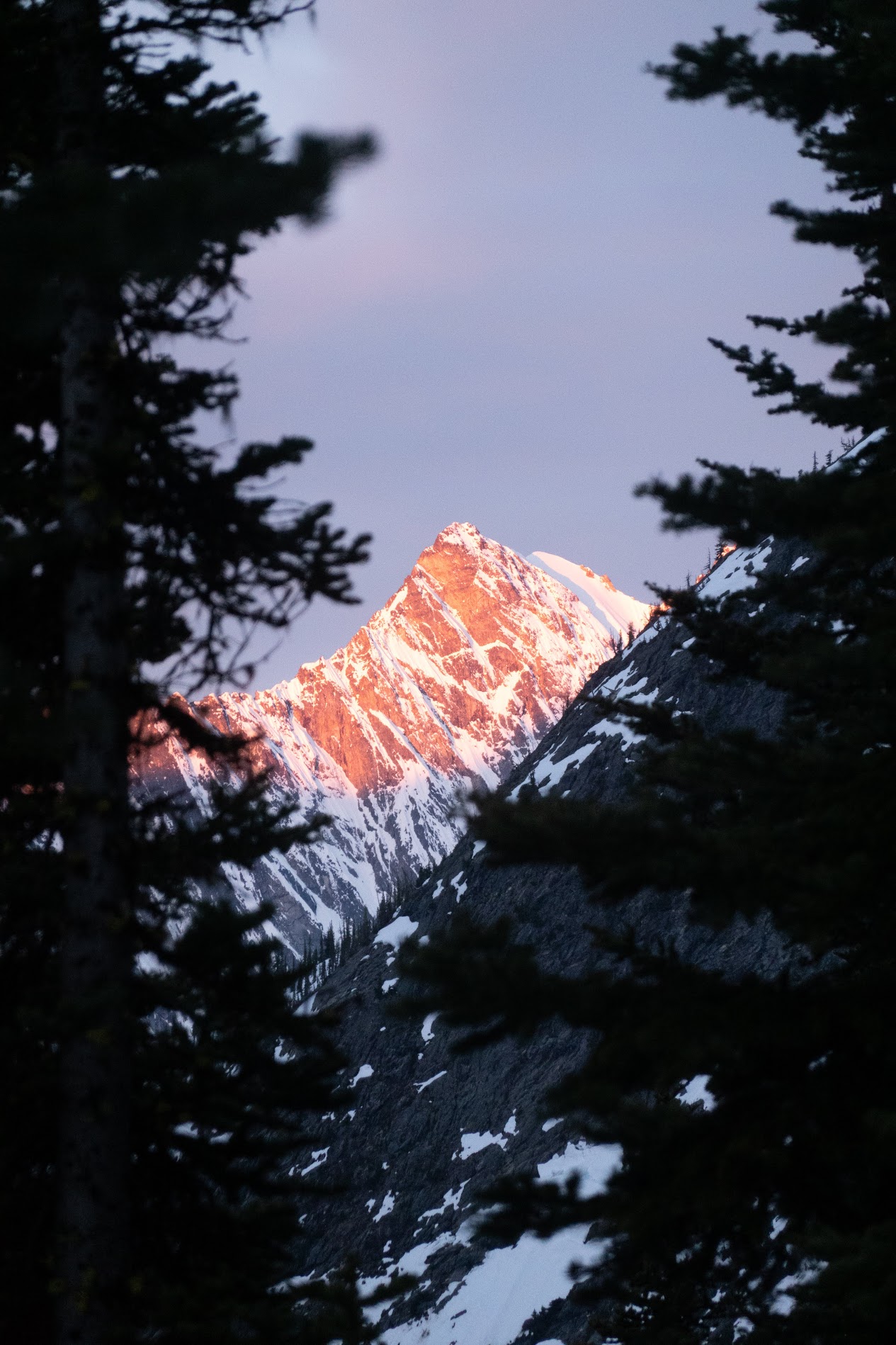 Cool TR and video. What an amazing area, enjoyed the BOC track as well

Sweet link up! Hopefully that heli gets to stay parked at home base for a bit.

I like the video and also your homie's style with the jacket-skirt and hat.

That traverse to Mesachie is sketchy. The one time I went in there, we'd finished the traverse and were skiing S facing corn laps down from the notch. My friend had a ski slide away from him down a 1000'+ run that we thought was lost forever. But it miraculously speared itself into some heather ledge above a cliff.

That couloir off Black looks sweet!

Cool trip. That couloir has been on the to-ski list, nice way to kick off a tour. And the NW face of Black appeared to be in good shape when you were back there!  Wish I'd seen this report earlier, conditions in the area looked primo.