@danthemtn_man and I got out today to ski the SE Couloir on Preacher, and had a blast! Well, kind of a blast... The skinning and skiing conditions were pretty bleak for the most part (no surprise there...) but we were happy to be able to get out and explore an area that we hadn't been before. Overall we mostly found unconsolidated powder on a variety of surfaces that was sitting over the 1/13 crust. This made uphill travel tricky, but downhill travel wasn't too bad. The couloir itself had wet loose avi debris at the apron which was well frozen and hard to ski. The couloir also consisted of anywhere between nice dry new snow to hard packed ice. Not necessarily ideal conditions for it, but oh well. Besides some wind skin, we didn't observe any avalanche concerns. The best snow we found all day was coming down the saddle between Wright and Roosevelt on the SE side. We happened to be doing this in the dark, but it was still great! Worst snow all day was coming down Snow Lake Divide into Source Lake basin (also probably no surprise there...) primarily because of the frozen avi debris. We saw no one out today, and coming back we didn't see any tracks north of Snow Lake Divide. Pretty wild! 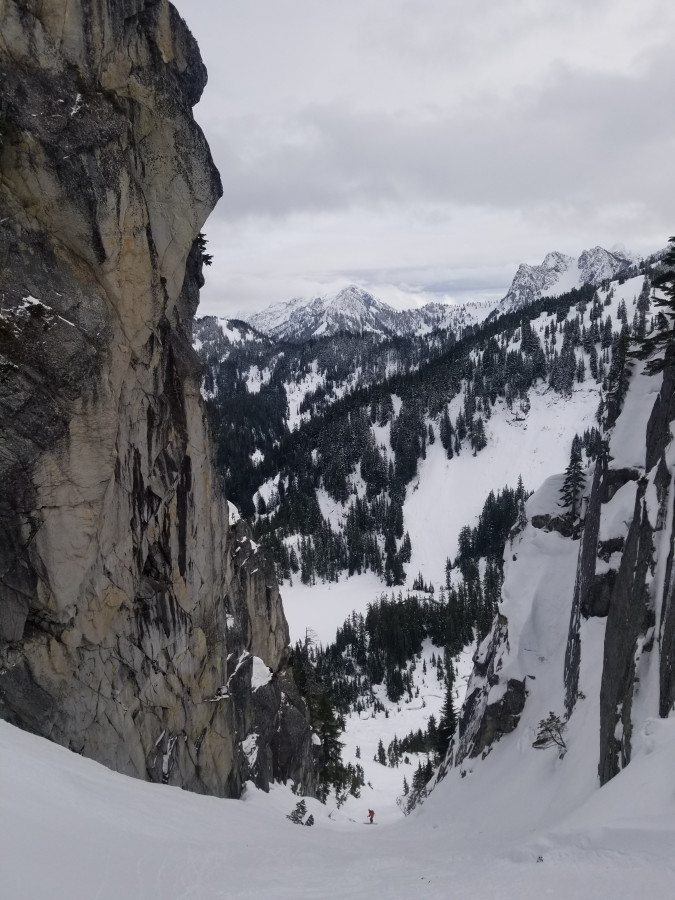 Dan nearing the end of the couloir. Check out Holy Diver in the background! 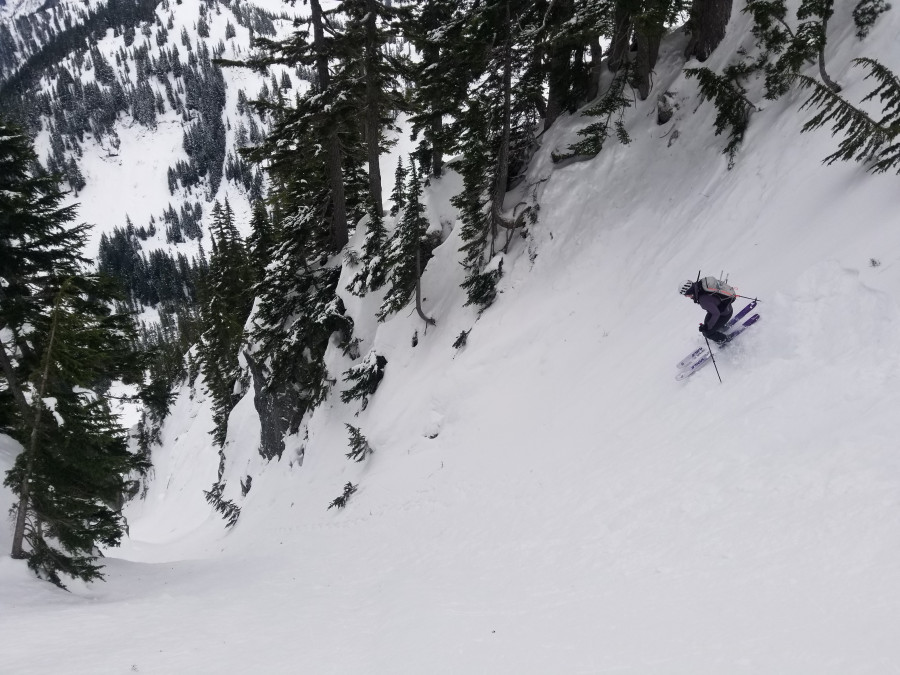 Me skiing the upper section of the couloir. 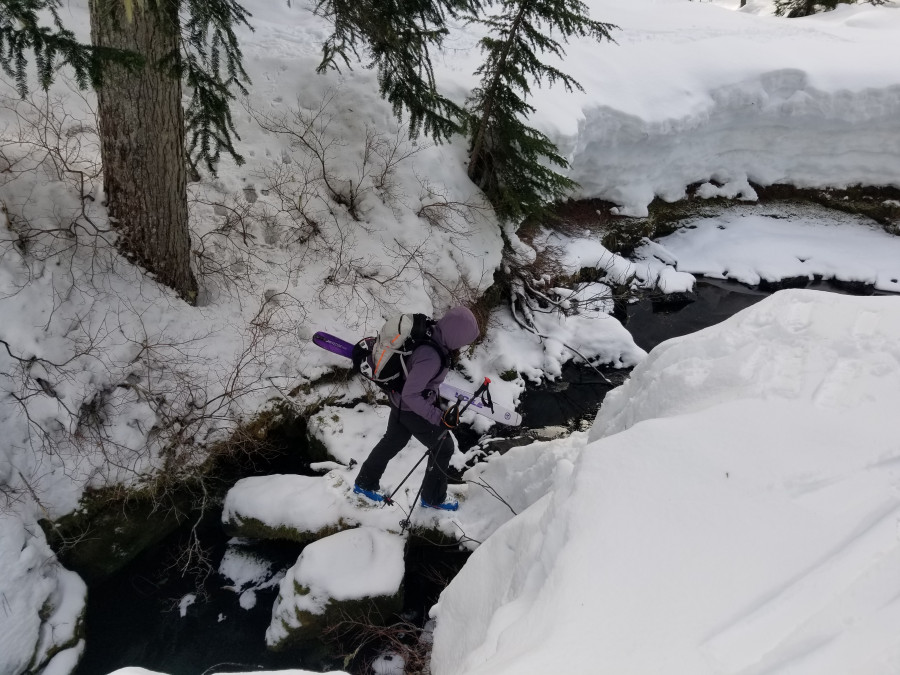 One of the two creek crossings that we had to carry skis for. 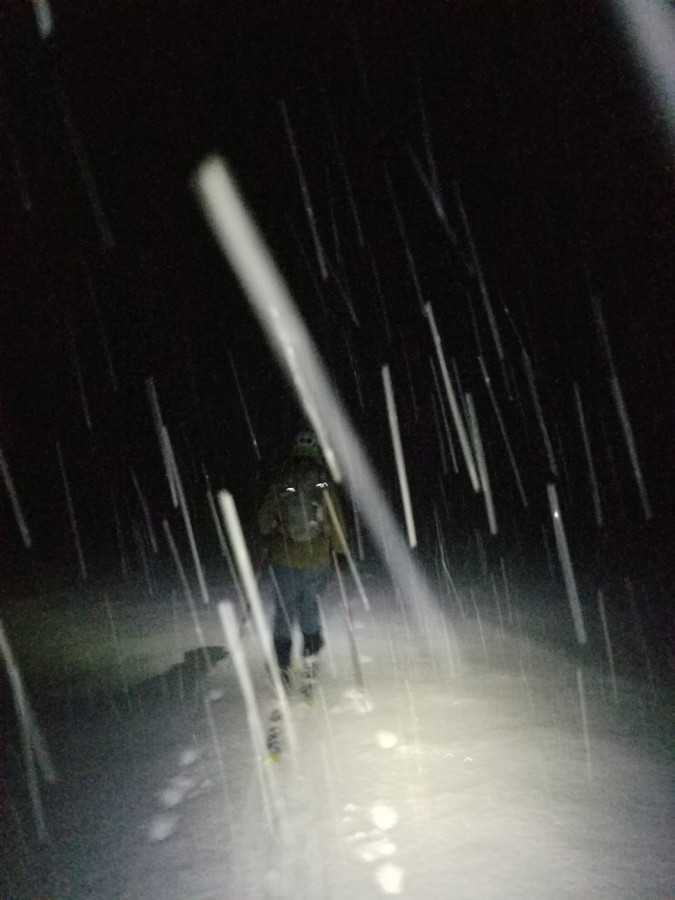 Dan skinning across Snow Lake in the dark. Whoops! Good thing we had headlamps. 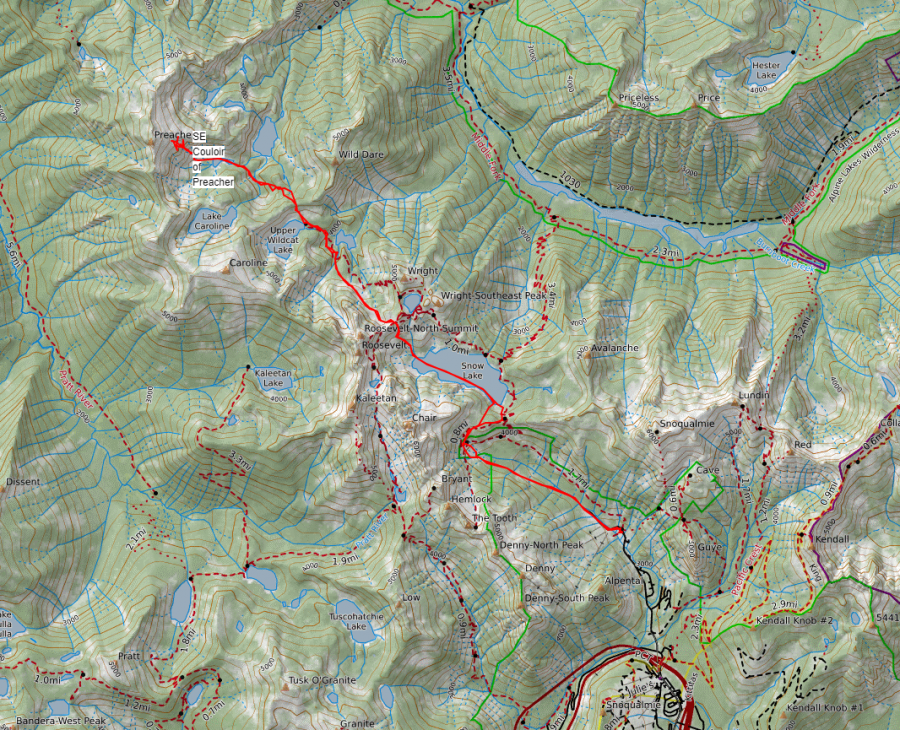 That's one heck of a long day, and quite the adventure to ski what was probably terrible snow back to Source Lake, especially in darkness. Thanks for sharing.

Sick!!! Wanted to ski that one for a long time but I could never motivate for the day trip! Strong work.

Preacher as a day trip! wow!  strong work.   This TR makes me feel old :)  its been fourteen years since i was back there - we did it as a three-day trip, one day just to get to Lake Caroline and camp, then a full day to hit two of the chutes back there, and then the ski back out on day three.

Really neat trip and photos. I like the purple color scheme you've got going on! 💜

@kamtron - Purple would look good on you.

yup, that was me and my wife and a few of our buddies - hopefully the TR helped.    Unfortunately it looks like my old TR was a victim of losing some info when TAY upgraded to thew new platform -  a chunk of the report text disappeared (it was about the second chute we skied), and just about all the photo links are now broke. At least some of the trip report survived making it onto the new TAY platform.

Very cool, @pete-a! We appreciated that report for sure. And yes, next time we'd probably spend more days back there - there's a lot to ski!