Overcoat was a true classic Cascades adventure. (Please note, biking and suffering not included in attached gpx.) We approached from the Middle Fork and met at 6am at the Snoqualmie Lake TH, loaded three bikes onto an SUV and made the drive to Dingford Creek TH. Left the car on bikes at 720. Rough biking uphill with the skis, road is in bad shape, but we made it after 2 hours.

We used a gpx from an earlier turns post. Hiked the Dutch Miller Gap trail for 4 miles (nice trail). Forded the Middle Fork (not bad with shoes on) and headed up some talus (minimal bushwhack) towards the gully on the gpx. Turns out this ended in a class 4 section of rock...with a waterfall. Got a little wet but found good rock. Continued up the next talus field which ended in another 4th class waterfall. After some shenanigans getting up that and through the trees, we were finally able to put on skis! Skinned up 1500' only to completely lose visibility in a white out. Given the unknown terrain and remoteness we decided to bail rather than trust the gpx with zero vis.

Fresh very wet and very heavy snow was fun to ski. Got cliffed out and did a short rappel off of a tree. Followed the snow gully further north from our accent route. Descending through the forest was very steep, considered a rap but were able to find a route with dirt ice axe plants. Second crossing of Middle Fork was deeper and faster moving water followed by immersive alder shwacking back to the trail!!!

Made it to the car just after 9pm. 14 hour day where we didn't even see our objective. But fun was had none the less! 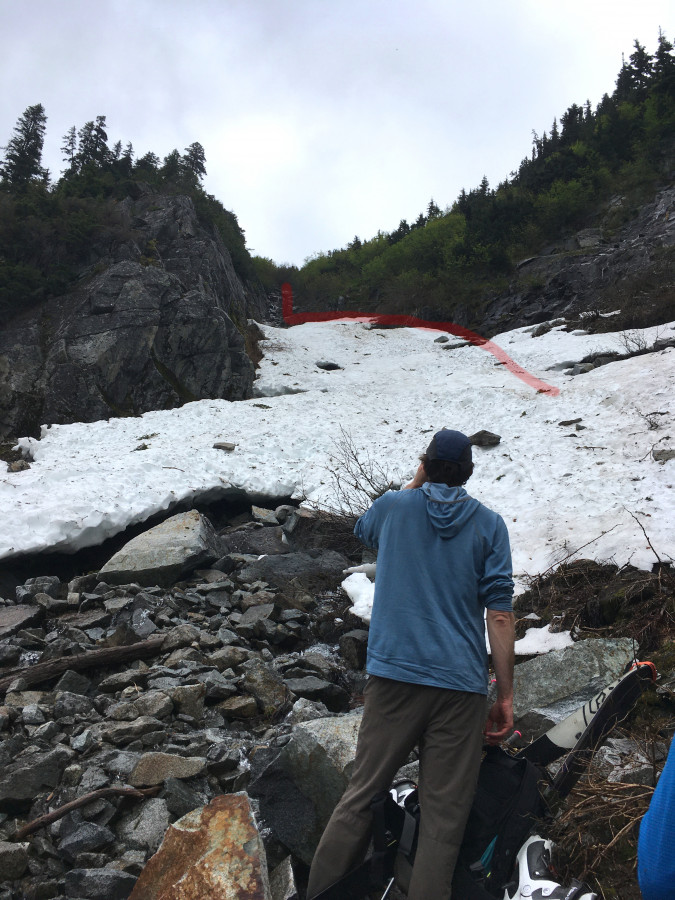 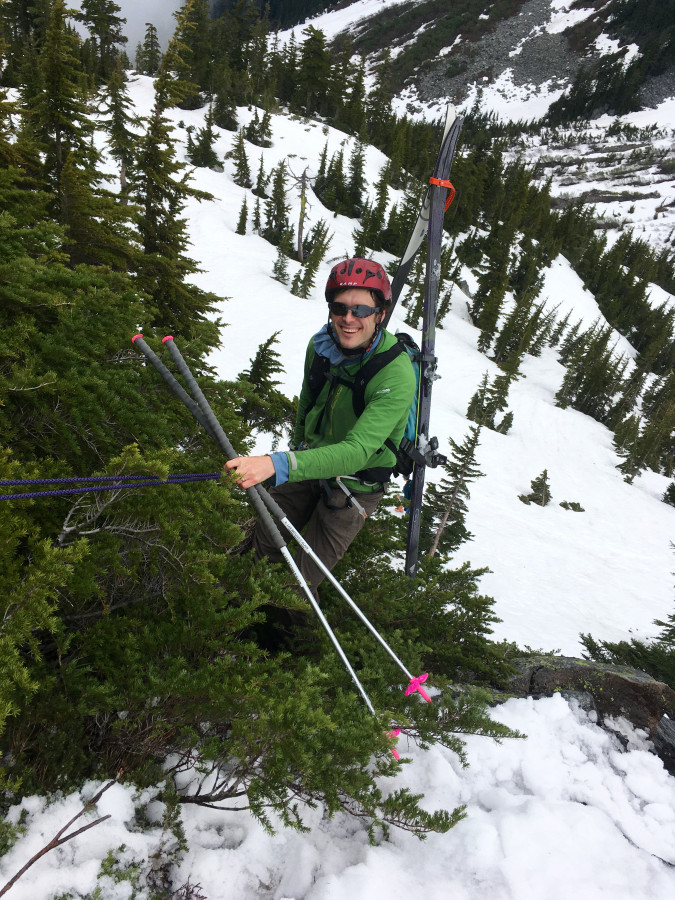 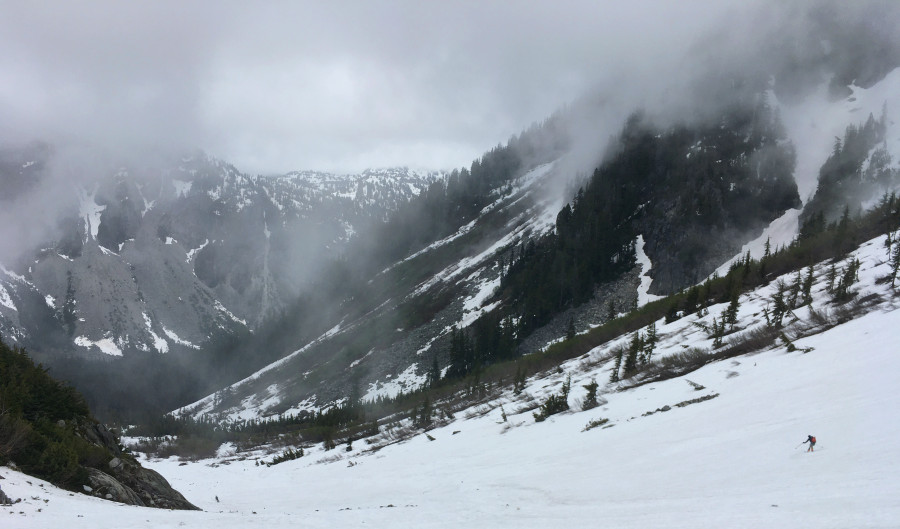 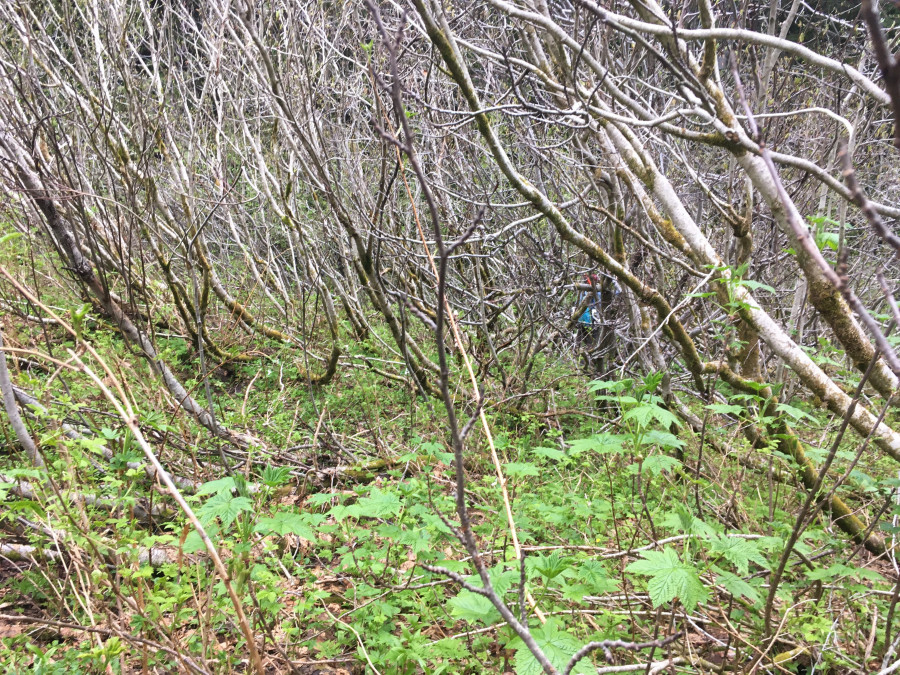 Definitely Cascadian!!! I'm due for one of these