10/12/19
WA Cascades Central E
1266
2
Posted by mikerolfs on 10/13/19 3:49am
We've been skiing inside the ski area since the September 29 storm, but the runs are pretty track hammered now, so for variety jtack and I checked out the area east of the ski area. It was Jtack's idea to see if maybe one particular north facing slope might still hold snow. On the drive up, we saw so much green and brown. Second thoughts arose and we were discussing the foolish nature of hauling skis into the basalt basin when we pulled into the lot. Luckily we met two Seattle skiers headed to the ski area and our stoke was rekindled. We found enough snow to poke around, and we did a tour in reverse of a route we like to ski in the winter. Some of the skiing was really good, and some of it was just ridiculously unlikely and bare. Still a great treat to be skiing SO EARLY in Wenatchee. 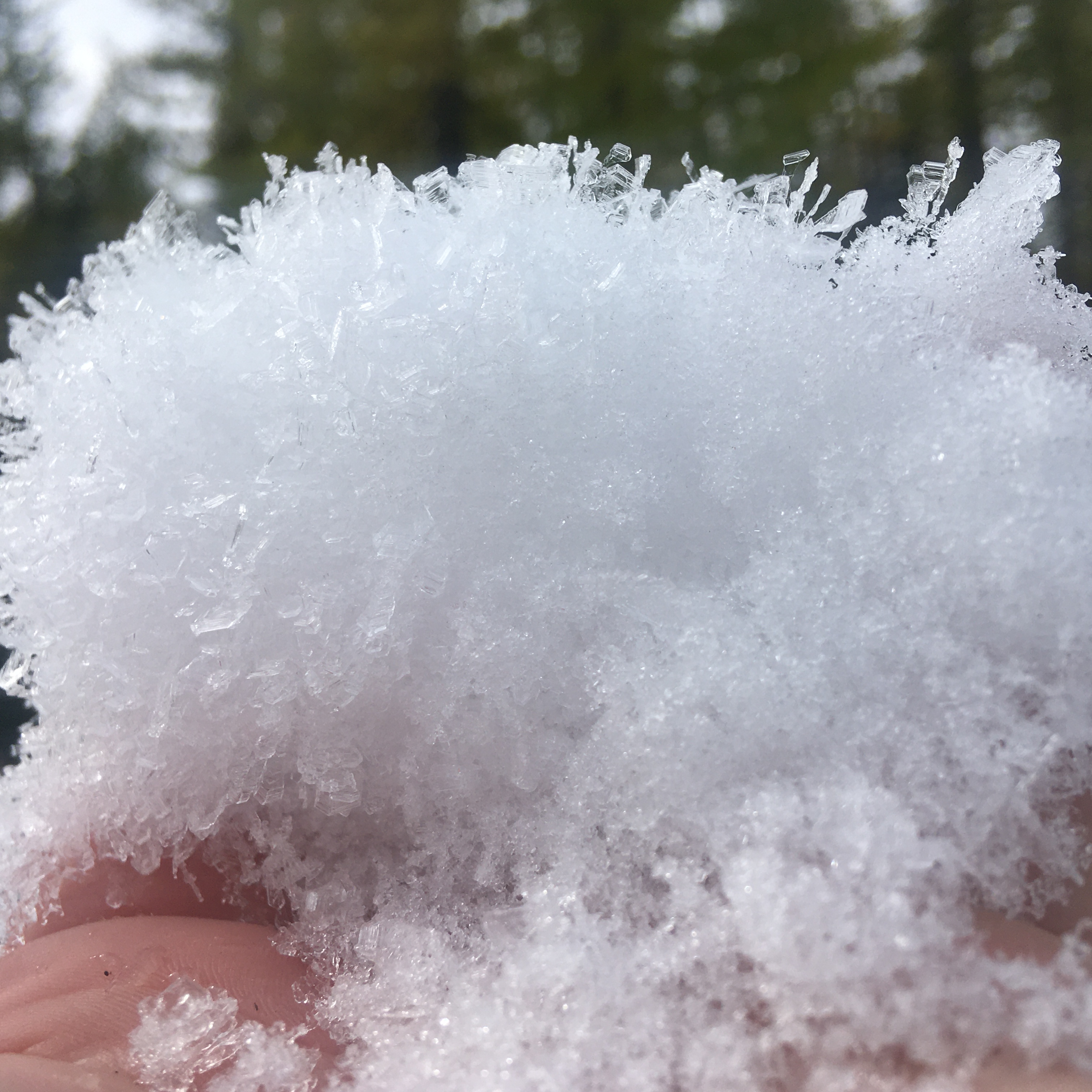 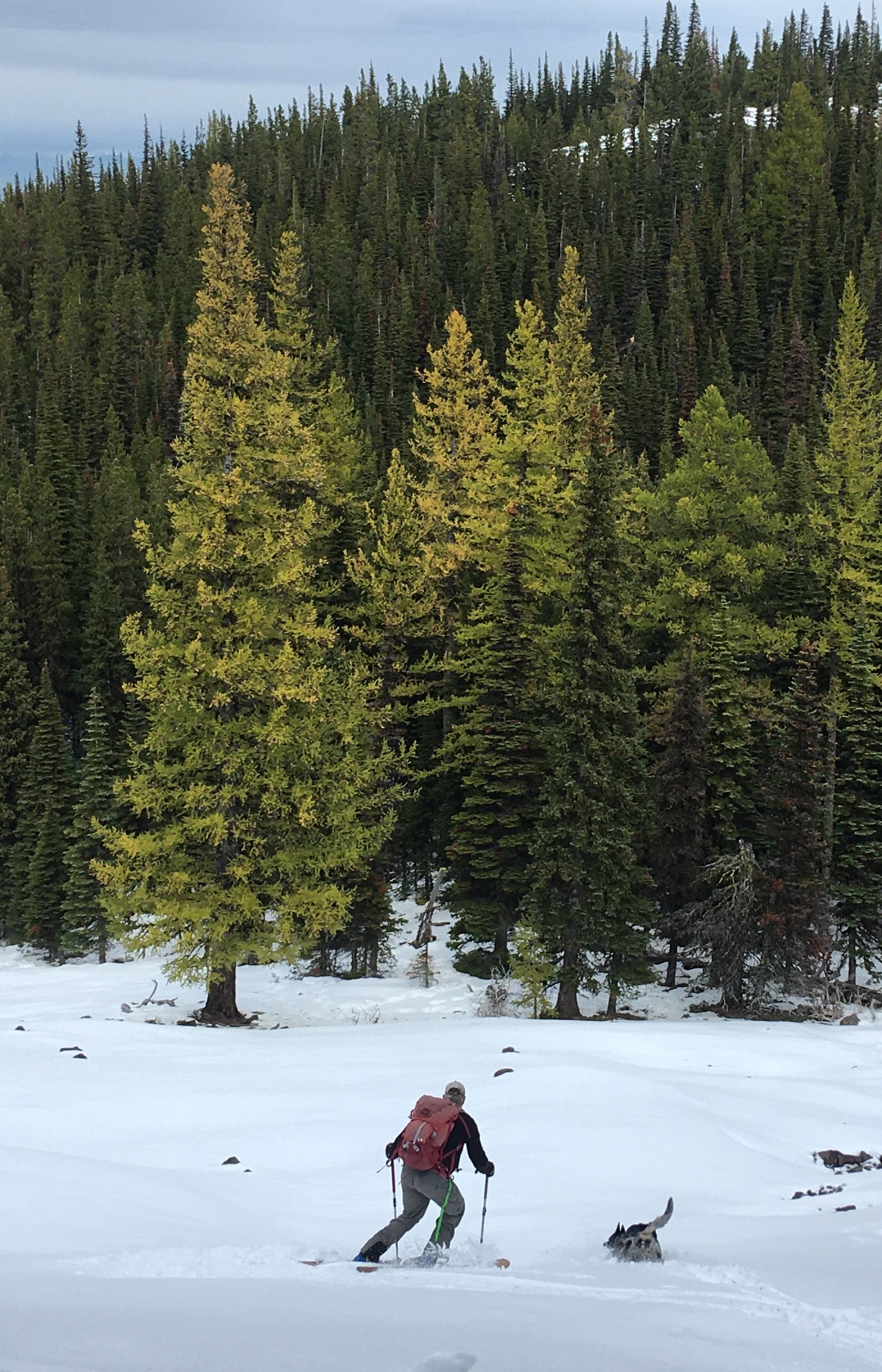 Coverage deteriorated as we skied into south facing areas 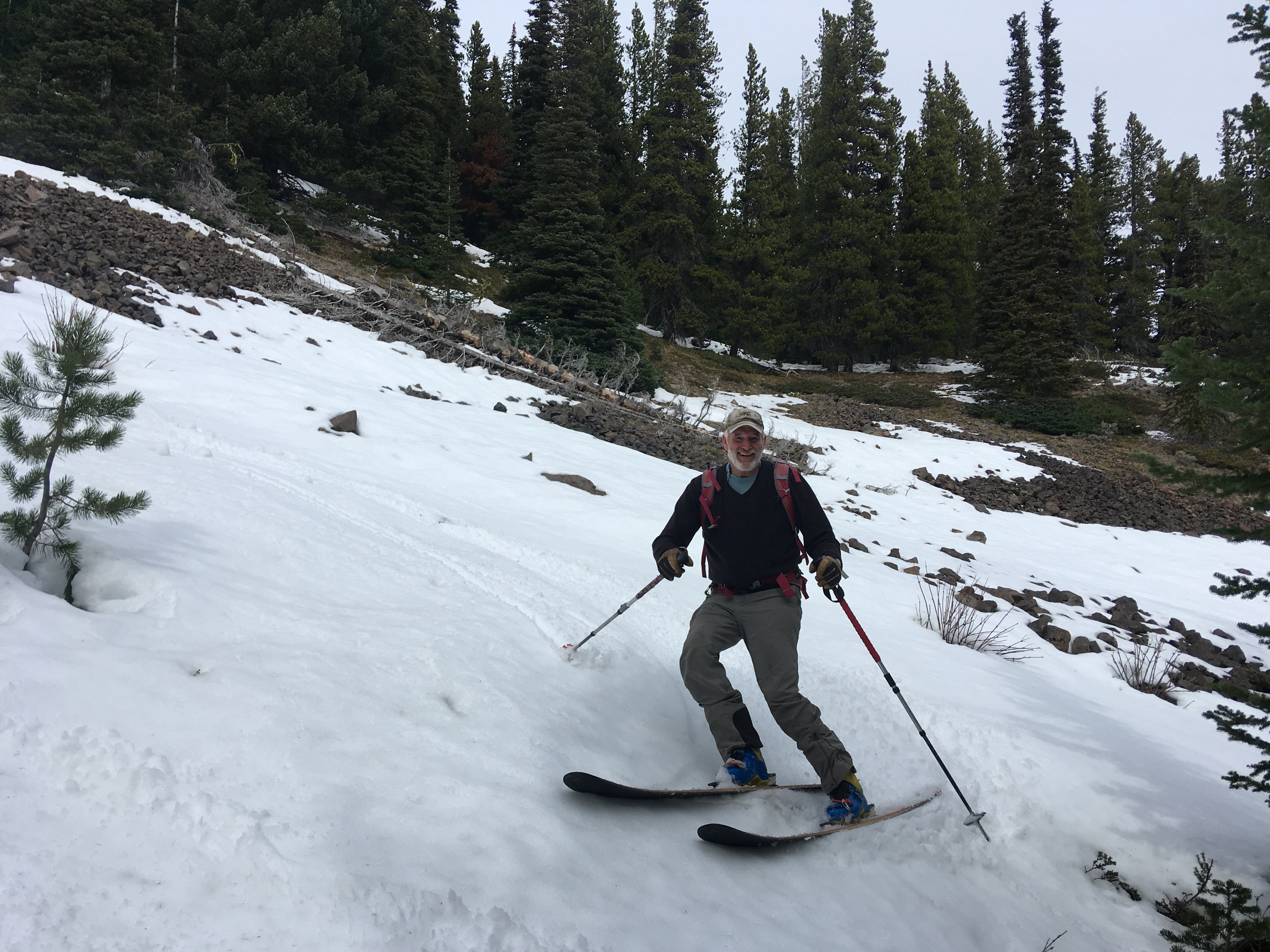 We connected patches though, and had some great turns between tippy toe travel. 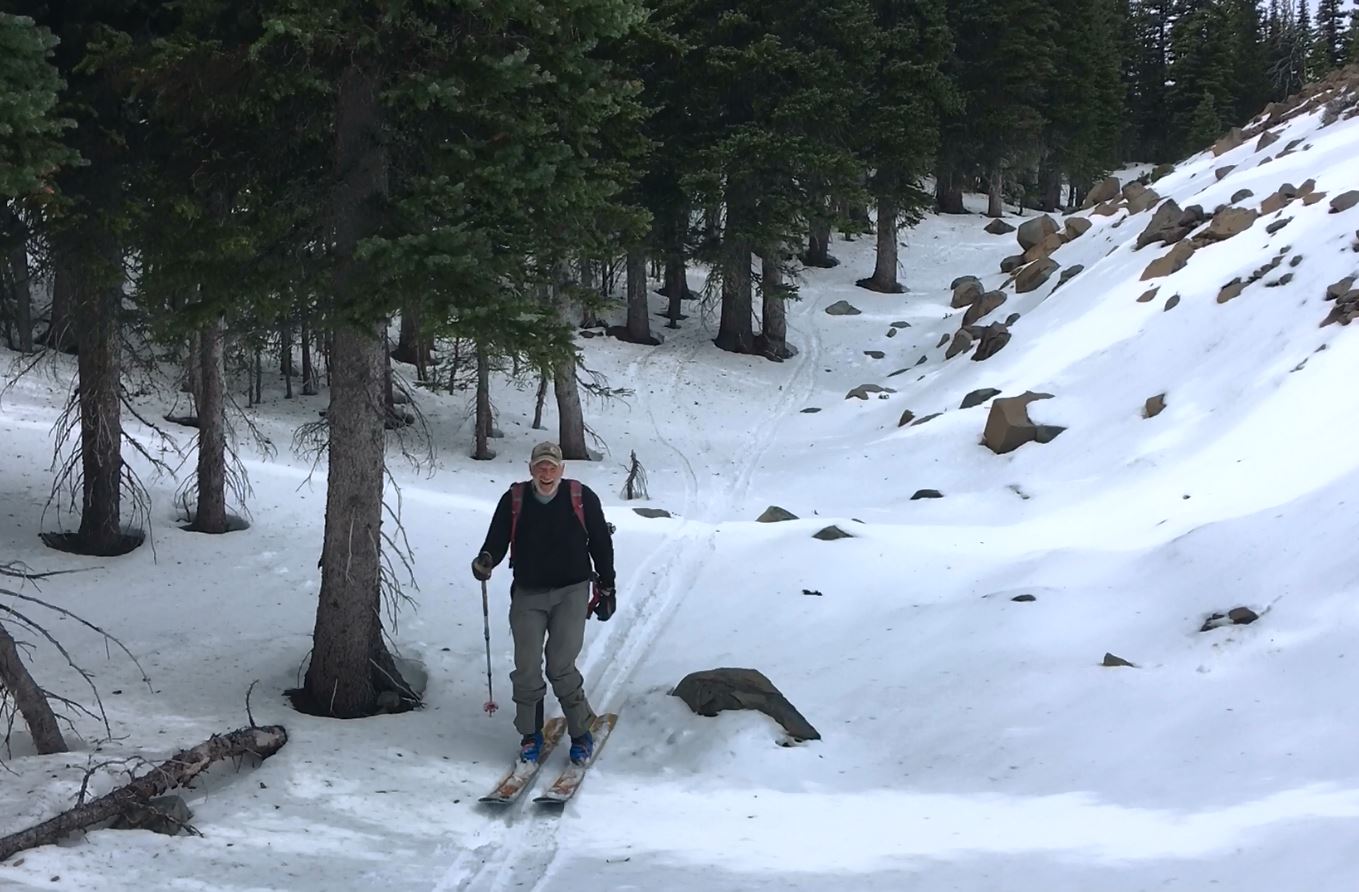 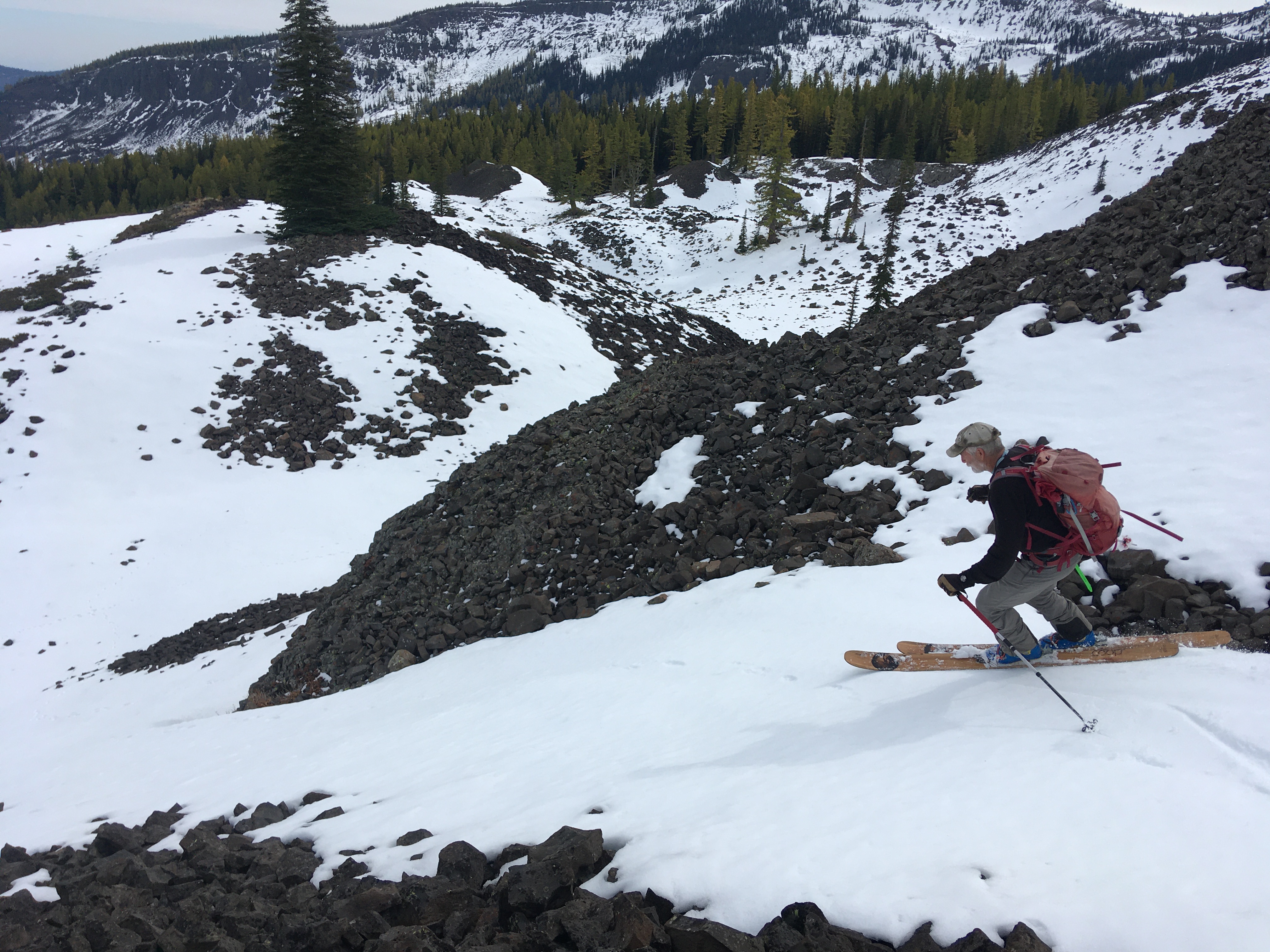 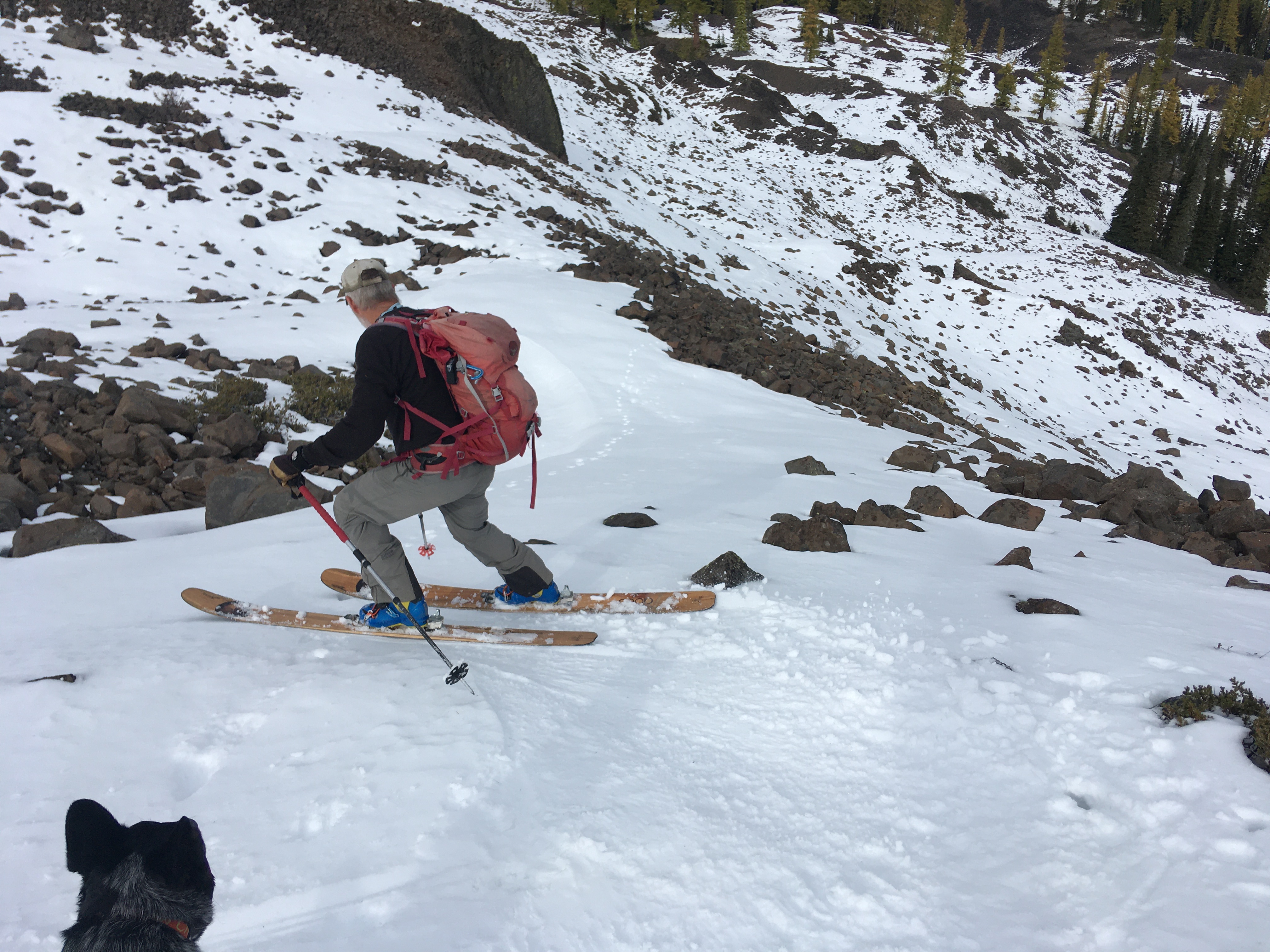 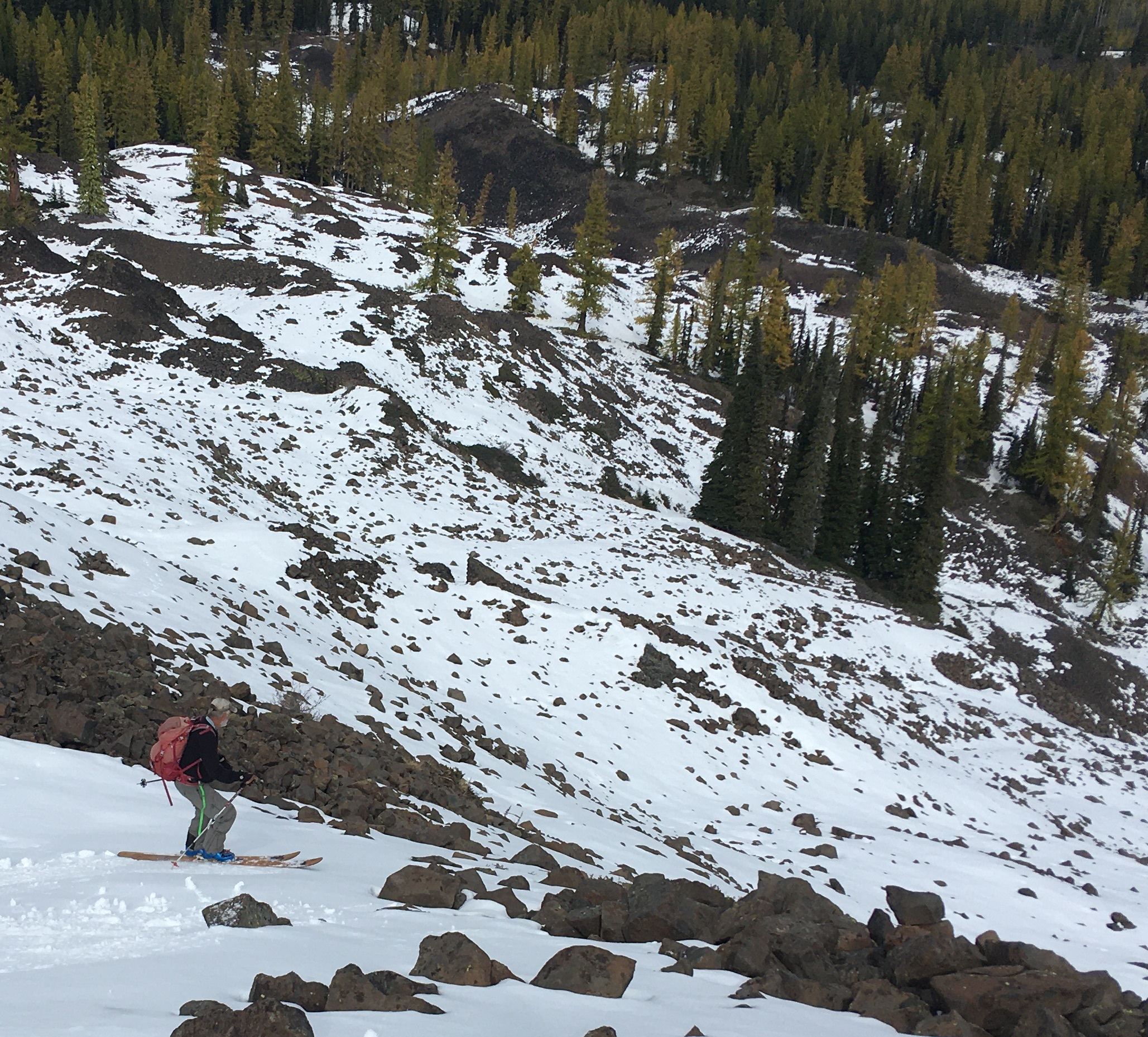 This part was pretty boney :) 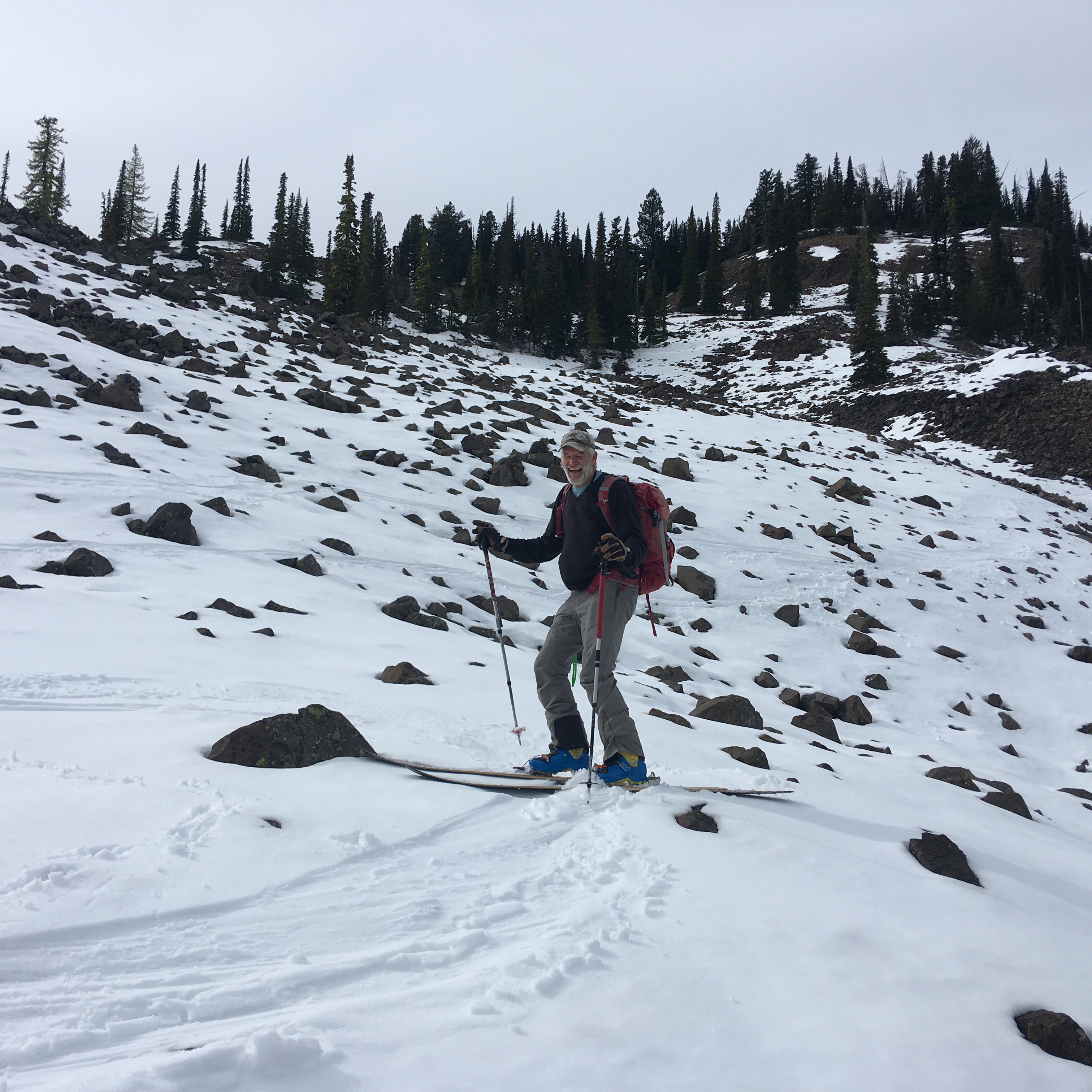 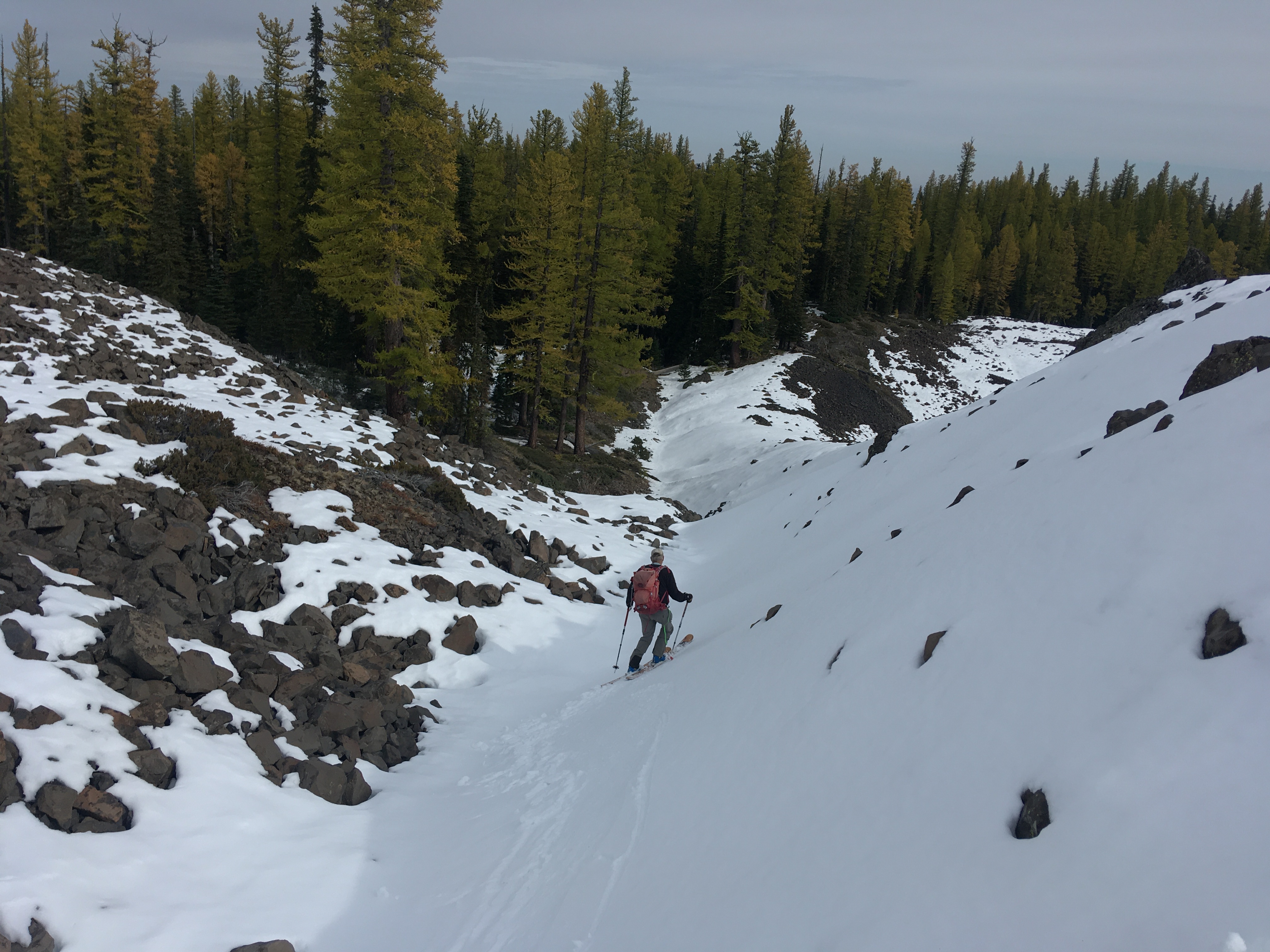 Really fun, especially since our expectations were so low. We thought we'd find a short north slope, make some laps and walk down. Getting to circumnavigate a big cliff feature was a surprise and a treat! The snow-pack is a perfect density. Even an inch over a rock was enough to protect. It's getting pretty low though. Skiing the Sept storm is almost novelty skiing now. Probably not worth it for those who aren't completely insane and obsessed with the scarcity of October snow.
10/30/19 8:34pm
jtack
Mike, thanks for the pictures, funny we were making a post at the same time!
2019-10-30 20:34:10
jtack
11/3/19 5:35pm
GregLange
Random rocks notwithstanding, your neighborhood coverage beats my neighborhood coverage in spades! Way to go get October, over and over...
2019-11-03 17:35:33
GregLange