Having heard that the slot/snot/crooked were skied to oblivion, we decided to take advantage of the continued stable conditions and check out the north slopes between Snoqualmie and Lundin. We approached via guye/cave ridge saddle and were able to skin to the south ridge of Snoqualmie, which was prime booting at around 11AM.

We skied the upper bowl of the crooked, which has a 2-3' crown about 5-8 turns down from the top; manageable but could be unpleasant if you didn't realize it was there. Then we did some very fun on-sighting of new terrain! We found a few inches of mostly unconsolidated powder, with the occasional wind board/refrozen mank patch, all on top of a varying firm crust. Skied pretty dang well for the most part! In comparison to the s/s/c, we were the first ones to lay tracks down anywhere, and had the whole place to ourselves, plus great views into the middle fork, glacier, lemahs and more.

We observed various old crowns on several aspects of snoqualmie, and could see glide cracks throughout the commonwealth basin and beyond. We experienced no instability ourselves. We observed surface hoar on shaded north aspects. We climbed back up to the ridge (requiring 2 sections of booting due to slick snow on crust combo), and made a descending traverse towards the lundin/lundin se saddle, eventually entering cocaine couloir which is full of avalanche debris and many bent/broken trees. The snow on the descent was a little ripe but we saw no movement. 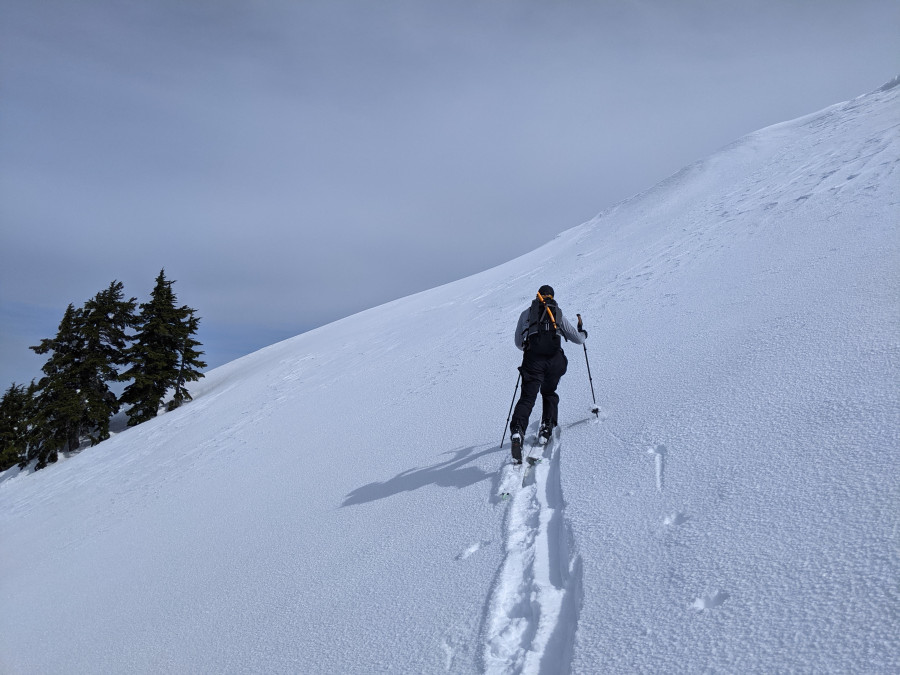