Snow had been falling in the mountains for the last few weeks. It was time to dig the skis out of the garage, dust them off, and get some snow under them. This early in the season, snow cover is still an issue, so I figured Paradise would have the most snow. I didn't expect solitude, but I was surprised how many cars were already lined up at 8:30 waiting for the 9:00 gate opening. Apparently I wasn't the only one thinking about skiing. By the time I got to the Paradise parking lot, it was almost full. I got my gear together and headed for the snow.

There was plenty of snow right from the parking lot. By the time I got going, there were a bunch of people already heading up. There were already several well established skin / snowshoe tracks heading up to Panorama Point and beyond. Between Panorama Point and Pebble Creek, there were several places with lots of rocks sticking out of the snow. Care was necessary to avoid any shark bites. After Pebble Creek the skin track stayed on sufficient snow. The sun was out, the mountain was spectacular, the views in all directions were really good.

As I was approaching Muir, the first few skiers were setting off down the mountain. There were a number of people hanging out at Muir enjoying the view. The shelters were caked with rime ice and partially covered by snow drifts. Before heading down I noticed three contrails coming from Mt. Adams. Clearly Alien spacecraft. On the way down I made a detour to Anvil Rock and took some photos of Little Tahoma. The snow was not the best for skiing. Much of the snow had a variable wind crust. You were never sure if you would turn on top of it or break through to the powder underneath. It was still good to get some turn in after many months. The ski down went way too fast and soon I was at the parking lot again. 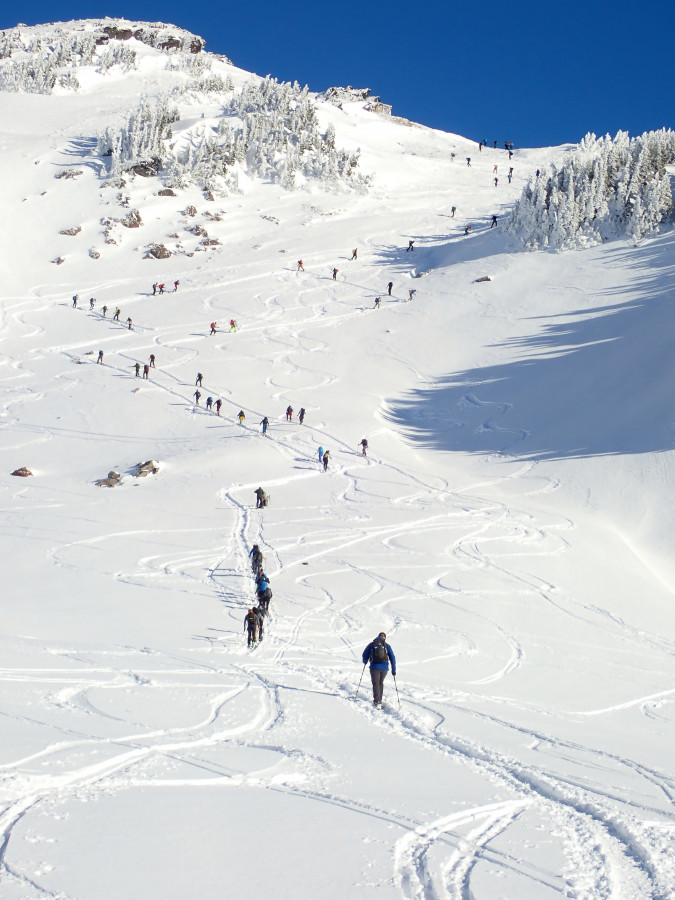 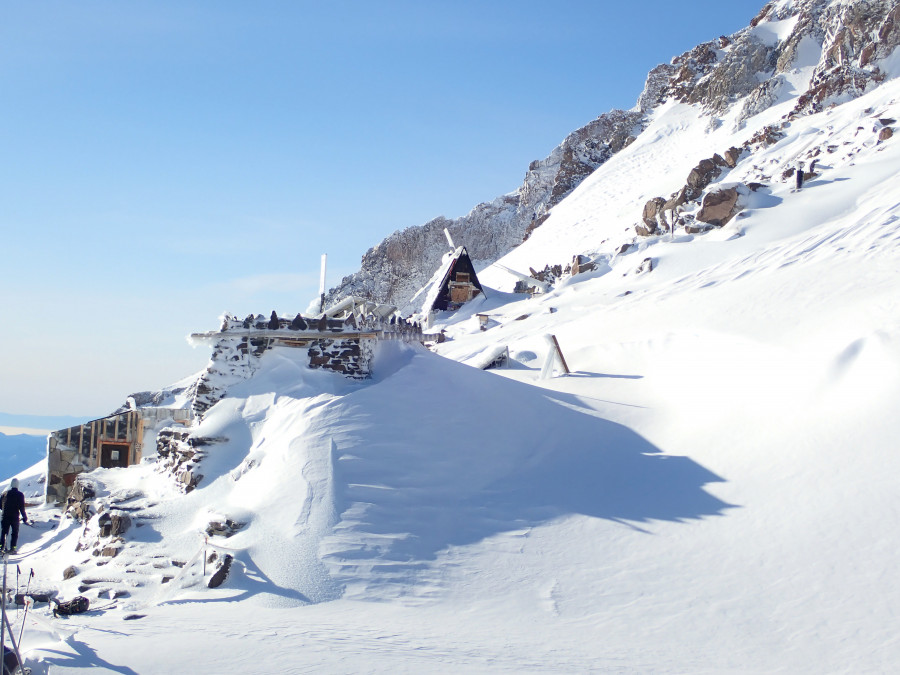 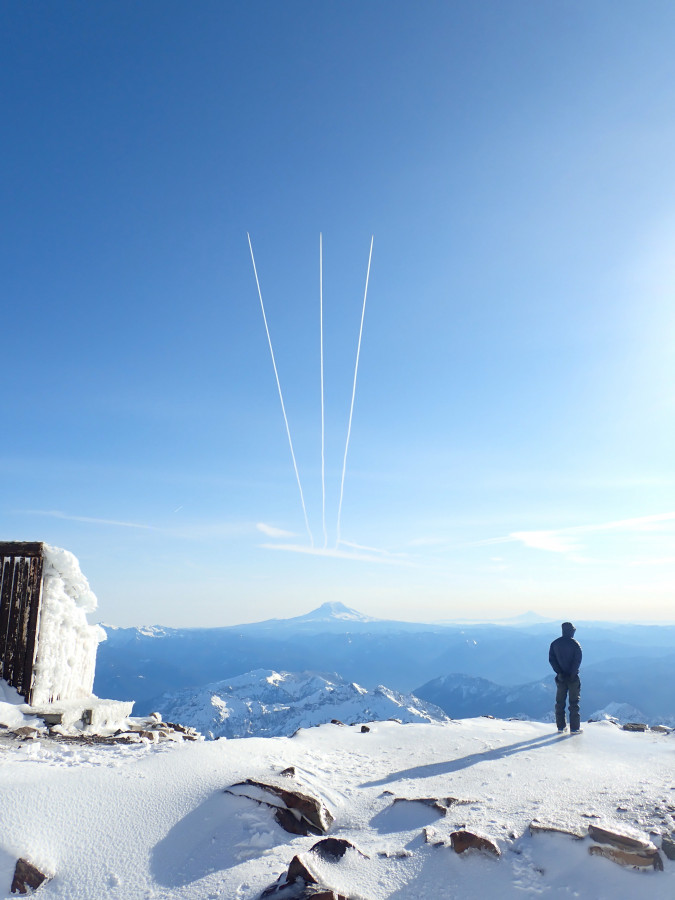 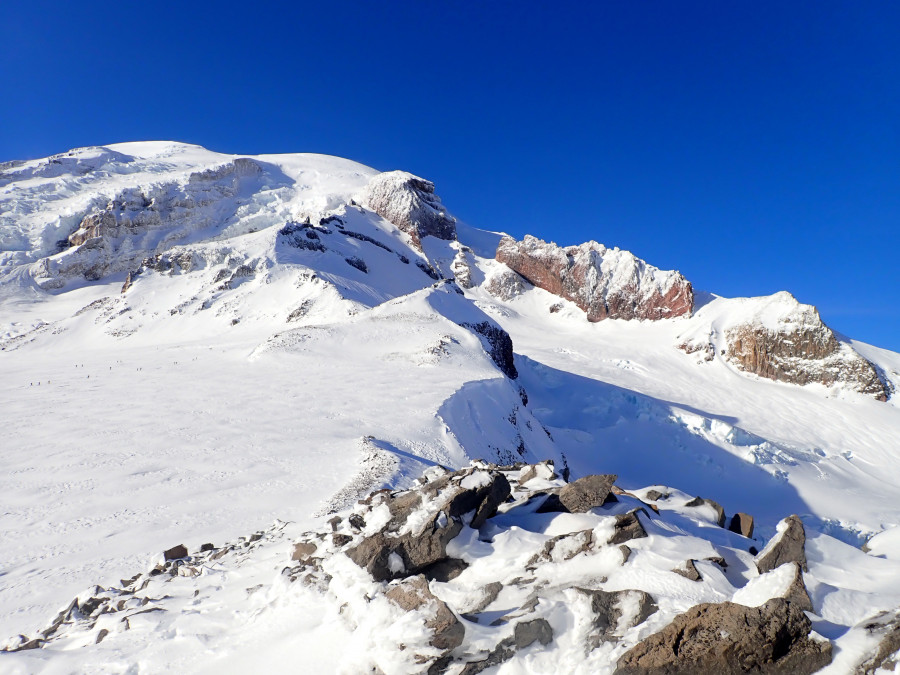 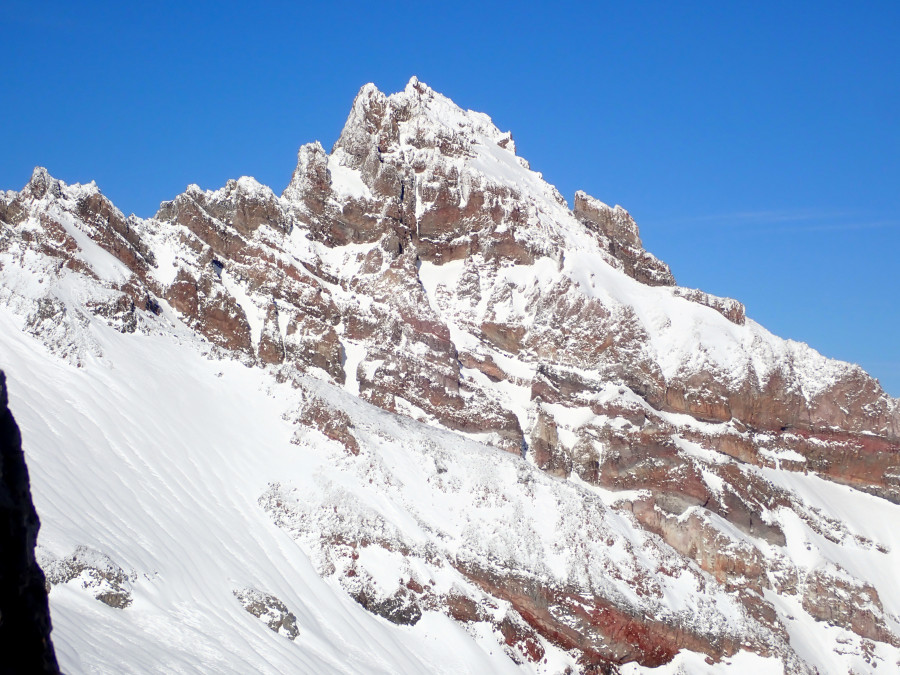 Cool shot of the alien invasion. Now we know where meet them in the spring.

These pictures are amazing! Thank you for the great report!