Conditions update for south side of Baker.   As of 6/19 parking is still about a half mile from the TH.  Snow was firm enough in the forest (and covered in tree debris) that it made for easier walking in trail runners than trying to skin until we hit the saddle on the Paul Scott trail at about 4600ft though we were on snow most of the time from the car.   About a half dozen or so blowdowns on the trail, all fairly easy to detour around or go over.

Camped near Crag View Thurs evening and started up the route about 6am Fri.  Decent surface freeze made for solid conditions on the glacier, ski crampons were used the whole way to the crater rim.  The usual big crevasse at 8800ft still had a wide bridge across it, no other open crevasses in close proximity to the route.

Roman wall bootpack is in fantastic shape, no postholes, just a nice smooth path the whole way up, no open crevasses near the bootpack just yet.

Pesky clouds and wind Fri morning had us taking our time on the climb and had some long breaks at the crater rim and the summit, but we had full sun by late morning and the Roman Wall was just on the firm side of perfect corn at noon. Had stellar smooth, fast corn all the way to about 8000ft where it got punchy and slow (maybe 6" ski pole penetration).  Once below Crag View the suncups are abundant but soft.   Managed to ski to about 4200ft along the trail before racking the skis - stayed in boots until about a half mile from the TH as the snow was a fair bit sloppier than on the approach Thurs.

Second hand information, but we heard folks trying to follow the usual snowmobile route up the Easton drainage did not have continuous snow from the TH that way and had 5 creek crossings. 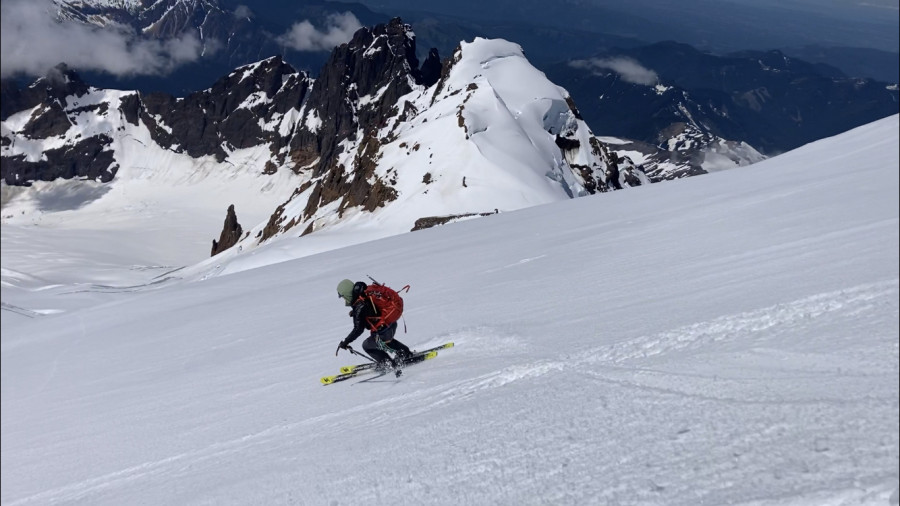 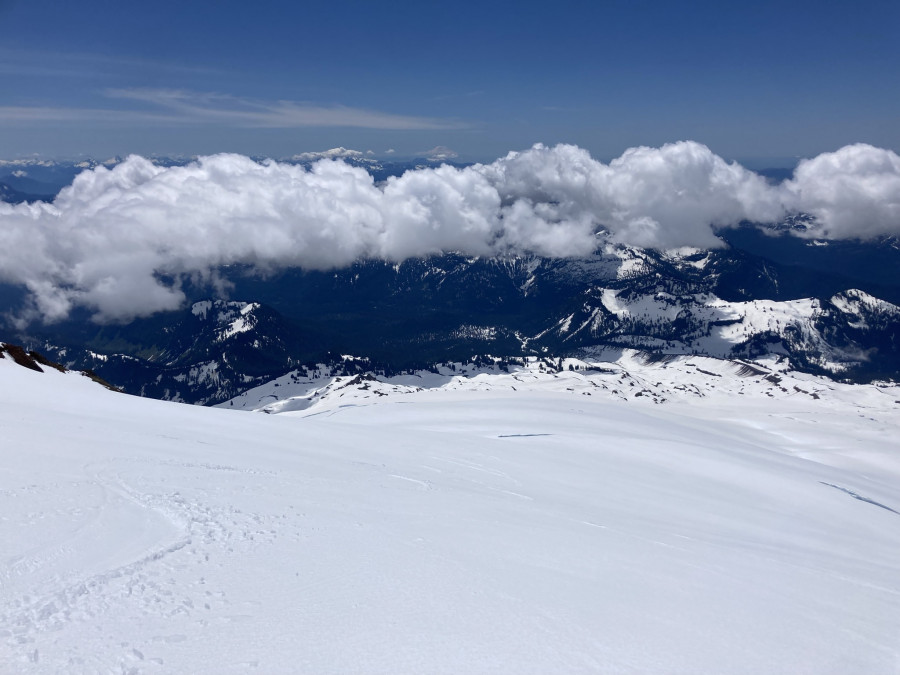 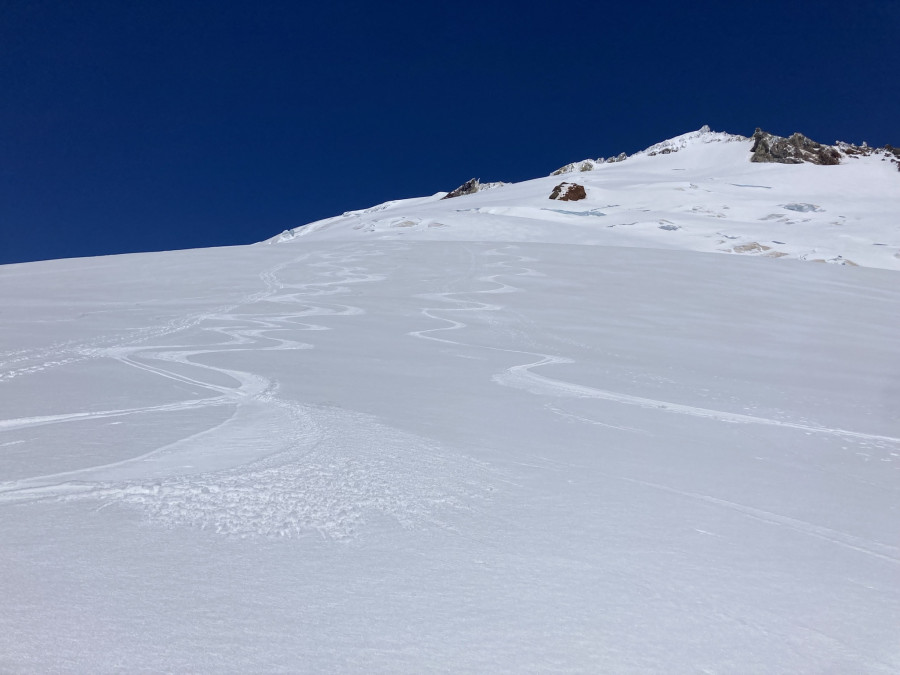 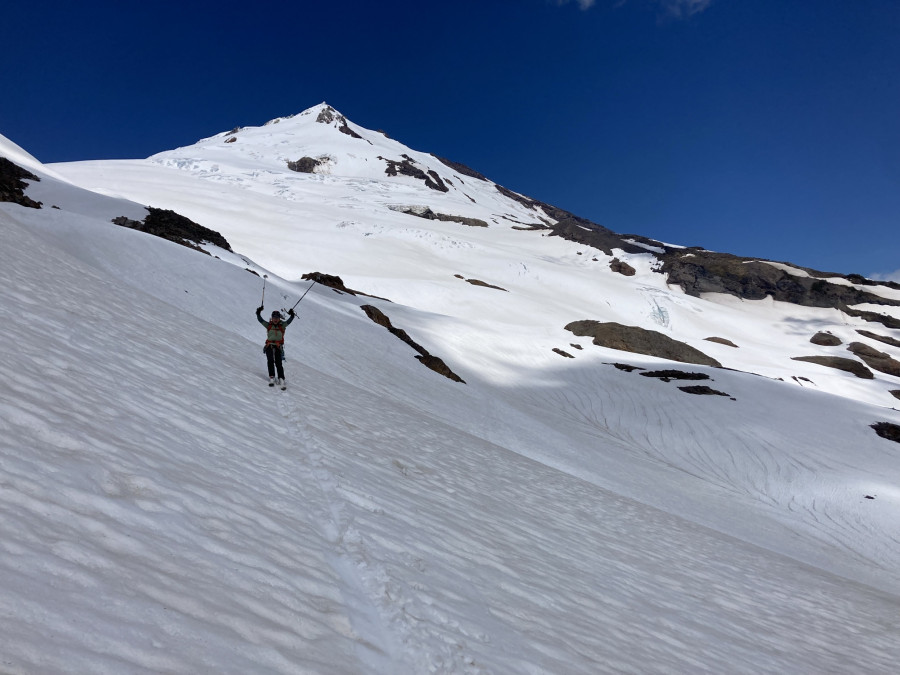 Your TR is excellent for the conditions on your route. Plus, some nice turns. 😀

Nice, I was the solo skier who passed you on the glacier. Pretty good conditions I thought from top to 8k!

I was able to skin continuously from the TH by following an old logging road through the clearcut. There was a bare patch and some brush, I joined the Scott Paul briefly but around 4200' followed an open draw due N to the ridge. This route allowed me to keep skis on to the trailhead as well. Probably will be best to hike the Scott Paul until the old growth then skin soon.

thanks for the alternative approach info Kam,  nice work keeping the skis on to the TH!

Someday I want to ski the Roman Wall in conditions like that.

Fully skinnable on the up (w/ ski crampons) and rippable on the down!

Thanks Pete and Becky for a trip report which included relevant info on snow conditions, trail and route choices, times of day, crevasses, road issues....all in addition to positive stoke and nice photos! Salud!

We were the dad and daughter team who you met at your tent. I can verify the lack of snow in the drainage beneath the Easton. Carrying skis through the Boulder Field was definitely not in the morning plans but things got better quickly and it was nice being alone til we met up with the Squawk route.

Meth conditions appear high on FR13 now. [At least?] three cars had their windows smashed in up there this week, numerous others clearly "inspected." Not surprising, but highly disappointing and inconvenient.

Someone was up there installing critter cams for a research project... Not sure what kind of setup can catch the plates and makes of nighttime(?) vehicles.

Went up the Squak yesterday (July 1) trail is mostly melted out now. Transitioned to skinning at 4800'. T-shirt and shorts to the summit. Skied off the top all 11 (perfect timing) All crevasses still covered or well bridged. Great skiing from summit to crag, a bit cuppy (but not sticky) below. Van survived the parking lot untouched. 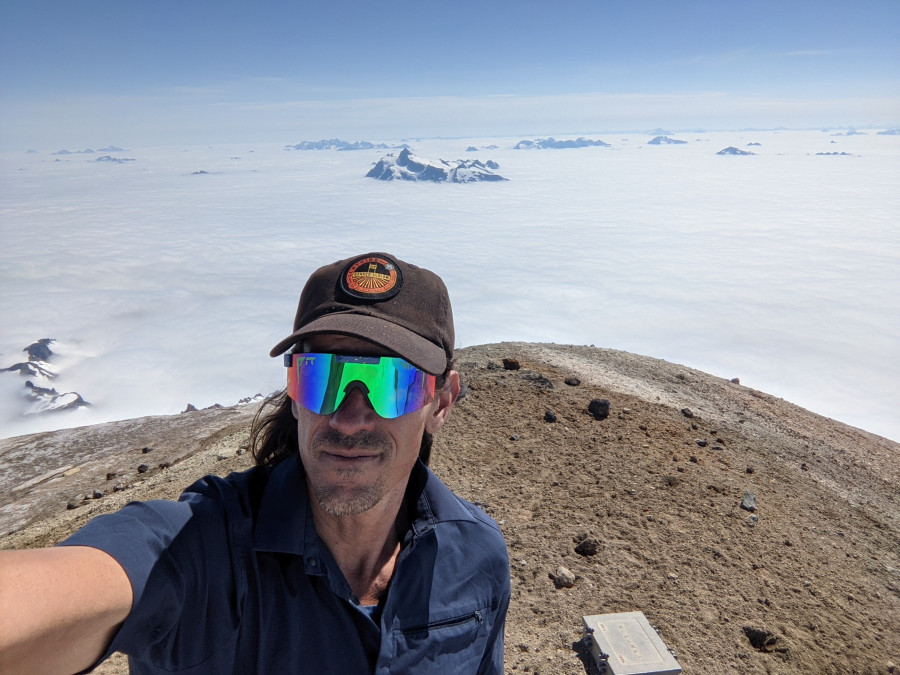 Thanks for the update! 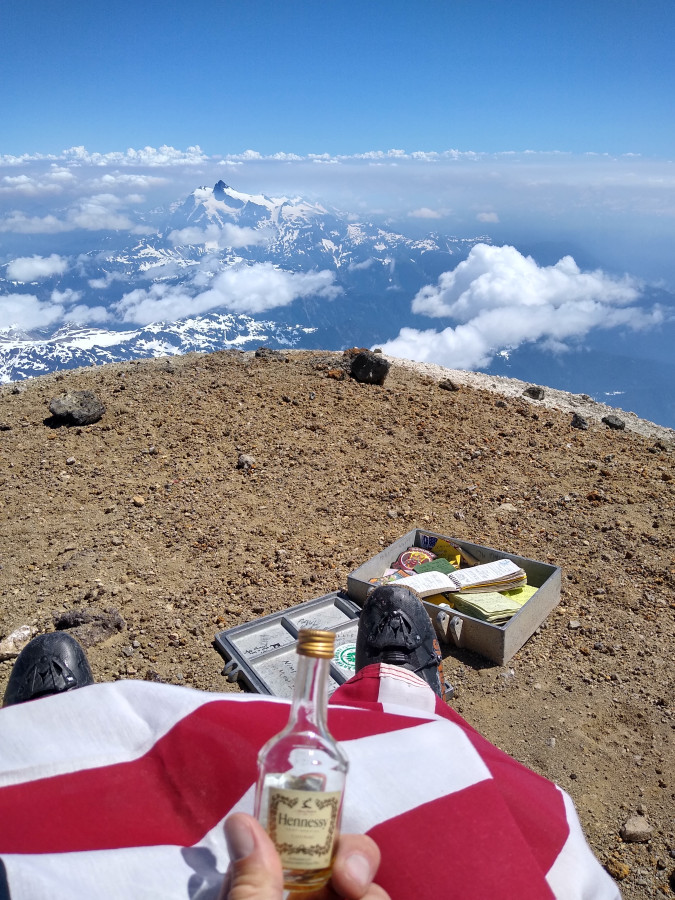 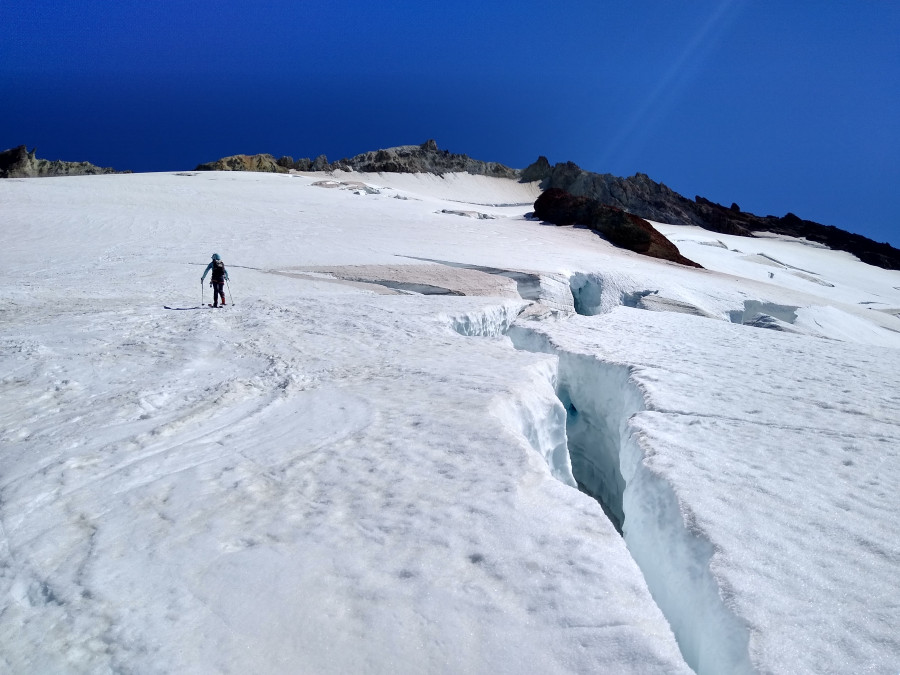