Quick trip Saturday up Mt Watson to take advantage of the weather and views. Have never skied there so was nice to visit the place with snow on the ground. Skinned up west side ridgeline above upper Anderson Lakes to just below the rocky peak. Ran into several U turns due to sections of that ridge area that were too steep to skin and snow was too deep to boot up. The whole north Watson face doesn't appear it ever sees the sun so we considered ourselves lucky to be able to look back on our trip down and see tracks. Looks like lots potential for wind drift and ice forming. Snow was very stable throughout the day, and very deep when at or below the tree line. We descended the eastern most ridge of the north face that allowed for landing at the far side of the eastern Watson Lake then travelled across both lakes to complete the loop. Very cold dry snow which eventually snuck under our skins on the way back and added some time to the day mitigating the issue, some climb was necessary to finish things up. 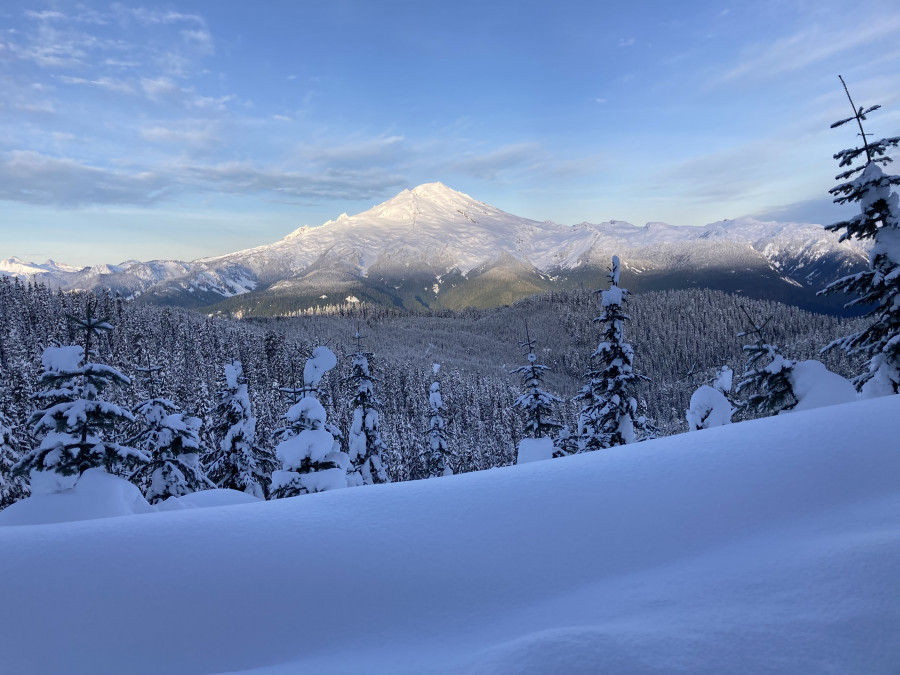 Sun hitting Baker in the am 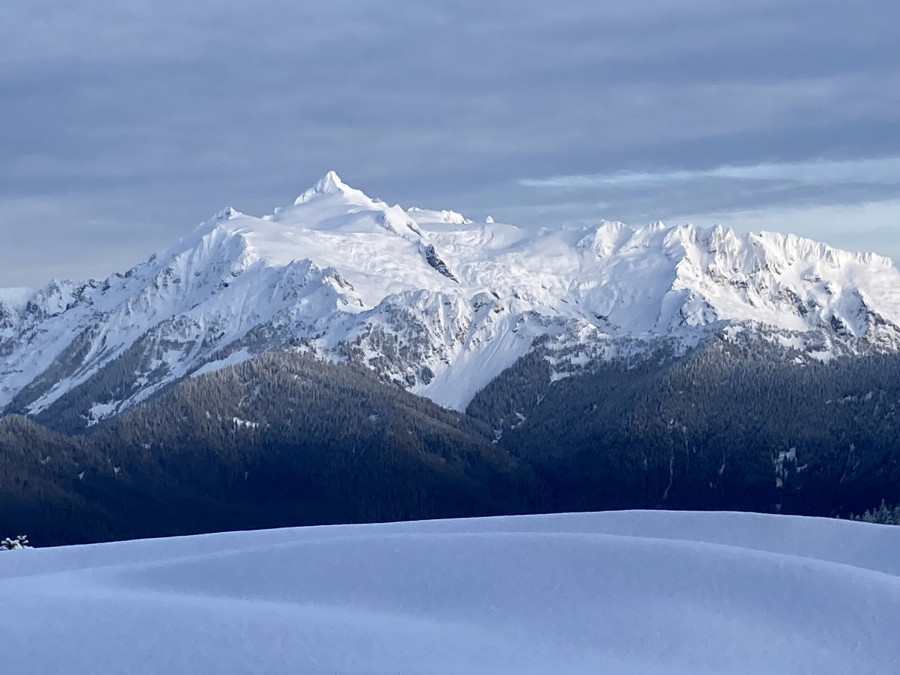 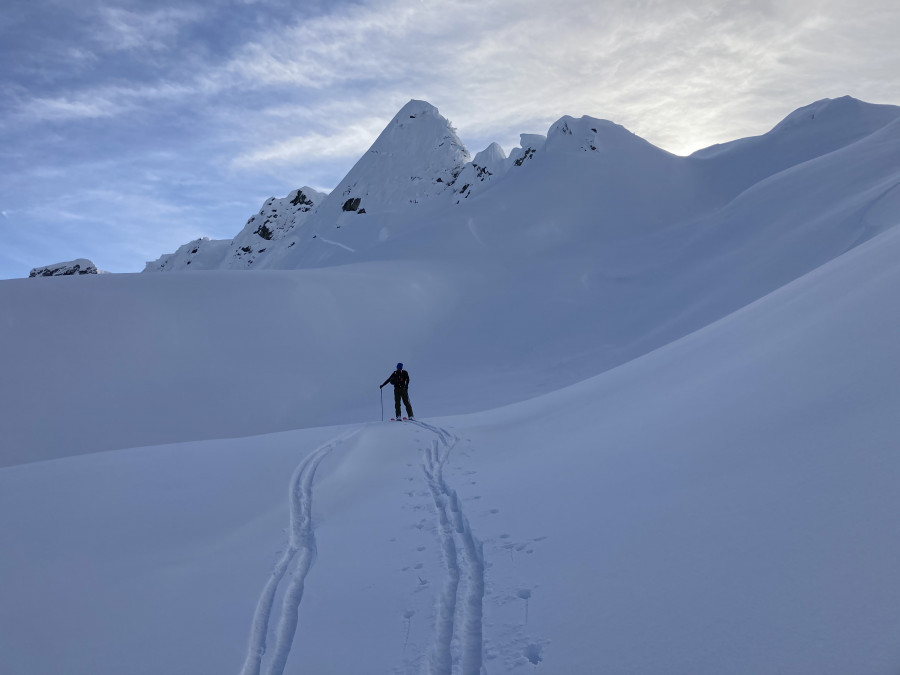 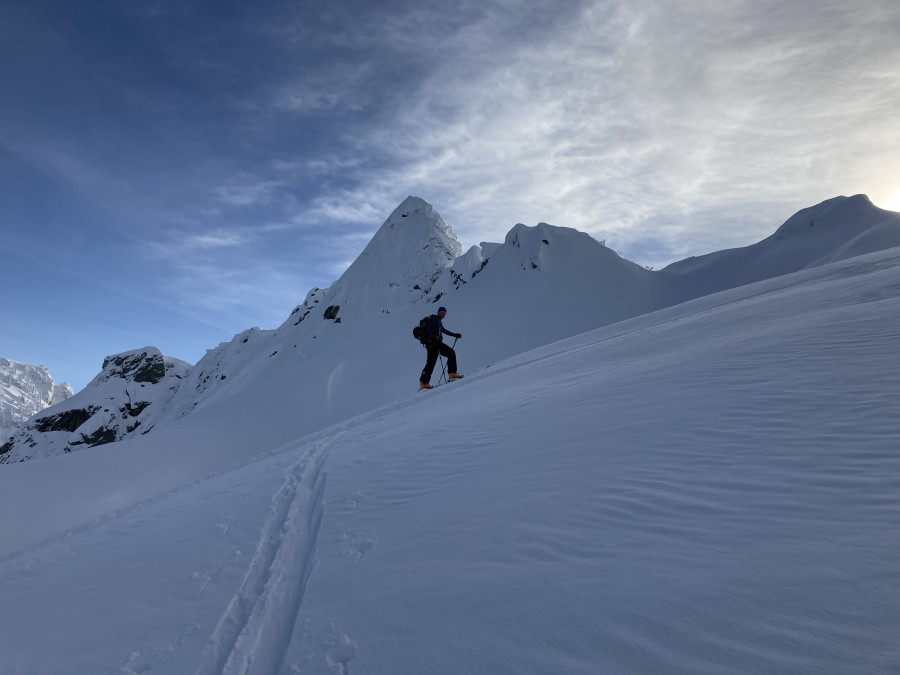 Near top of Watson 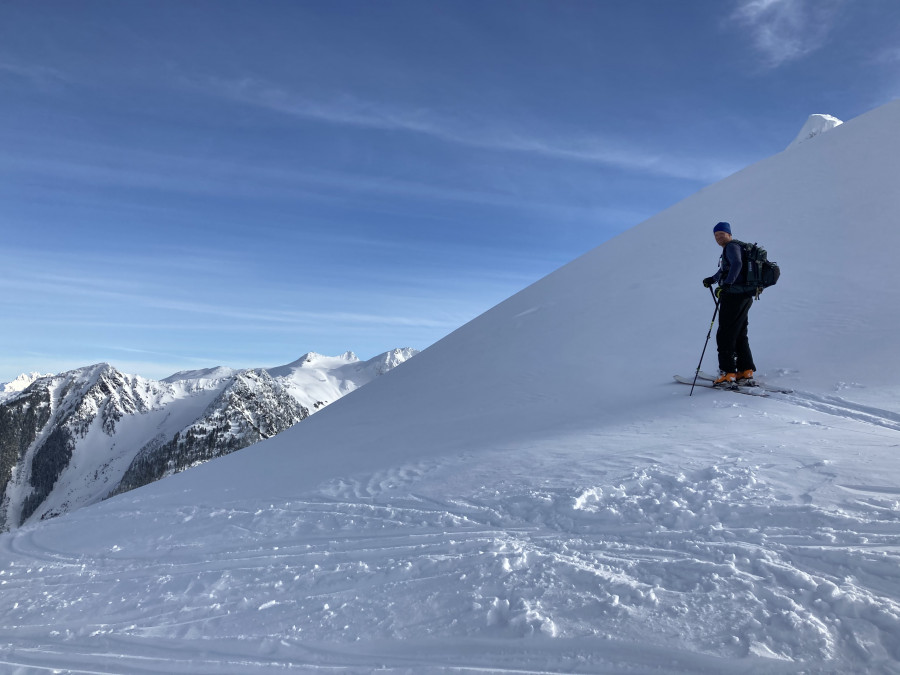 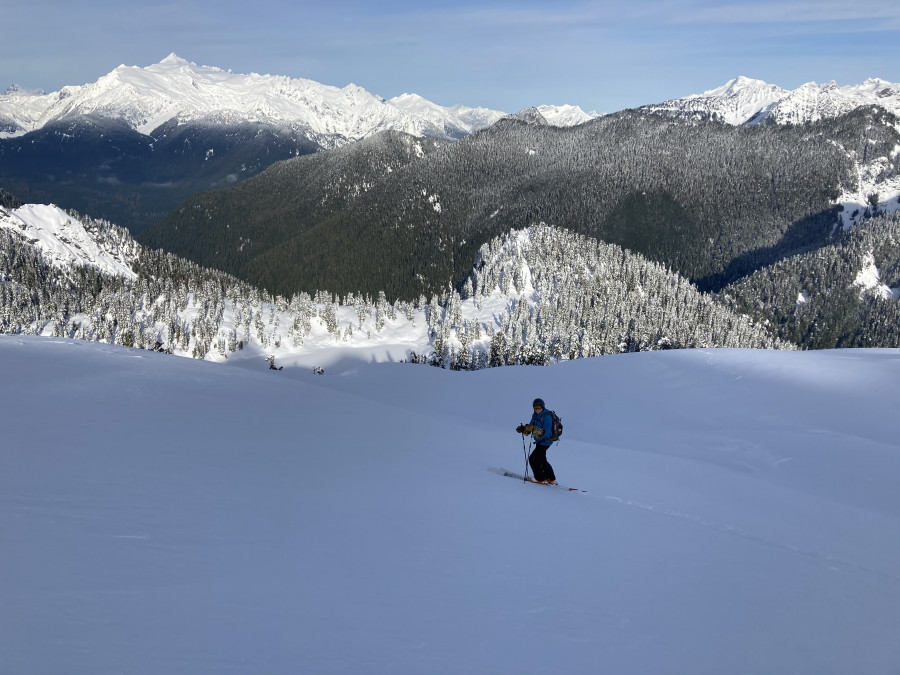 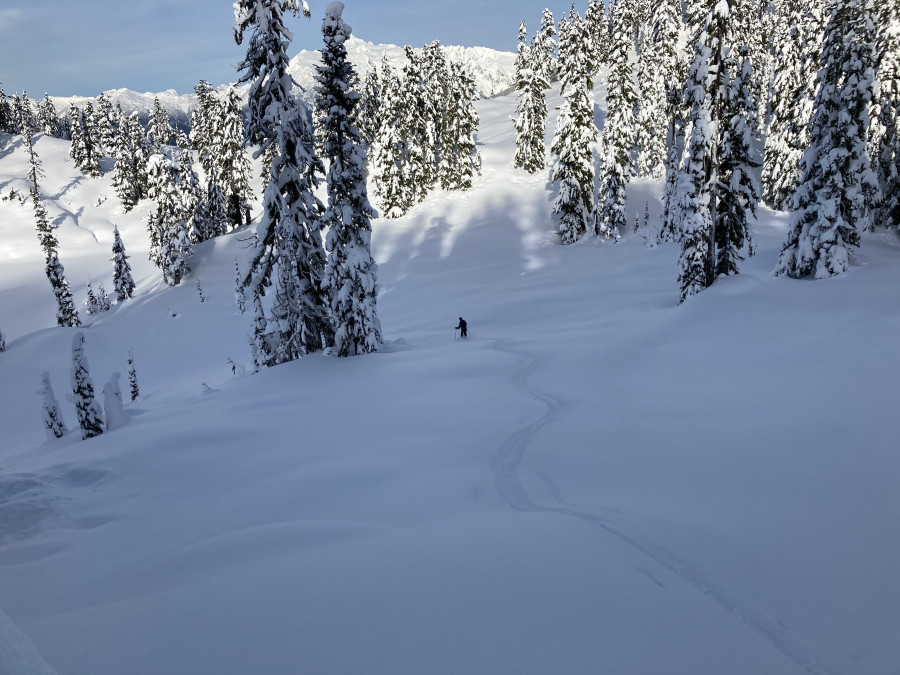 End of the run down 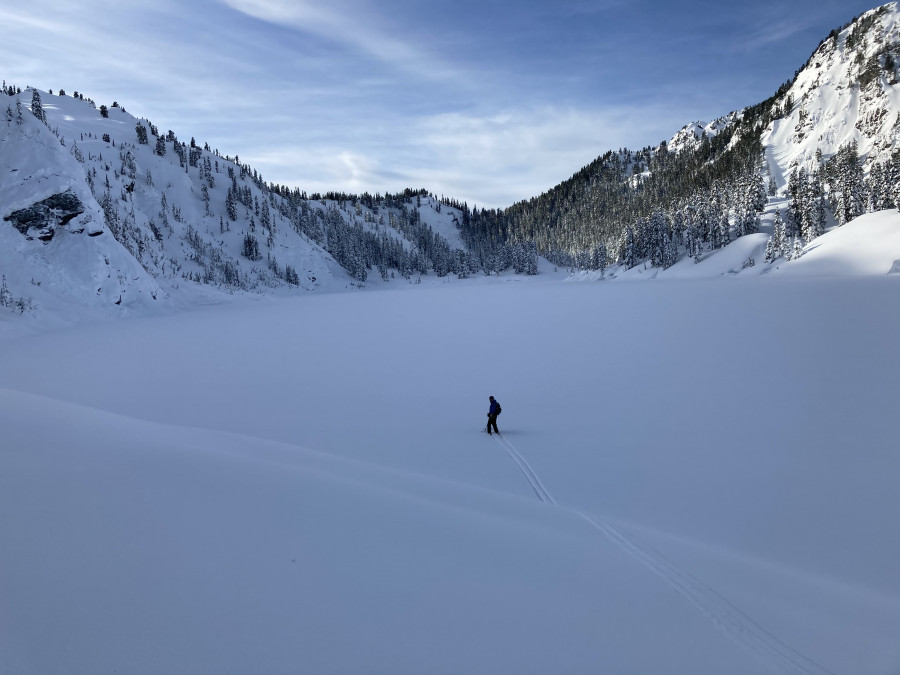 Looks like some nice turns in a scenic spot!

Minimal, but the road in is 8-9 miles of snow each way that you can't drive so I ran my trusty 4 stroke yamaha up the road to the trailhead. Some would call it cheating, but I figure people run their cars up all summer long so what harm is my snowmobile for a winter trip. I'm not out to ski the roads.....

Very good - my first thought was - "How did he get up there?".    Only those wishing they had a snow machine would call riding on a road cheating!

Nice looking day. Sometimes i think I could use a machine...