Peter, Jed, and I skied a traverse from Heliotrope to Skyline Divide on Mount Baker on Monday.

We started by climbing the Coleman-Deming which was in great condition. We were able to start skinning at the top of the hogsback and it looked like it would be awesome corn later in the day. Above 9,000’ we found a bit of new snow.

We had planned on skiing the Park Headwall but when we peeked over the edge we found much worse conditions than we had expected. The bergschrund was massive and a huge crevasse had opened up below it. A large chunk of the headwall had calved off making the skier’s left exit infeasible, or at least very sketchy. We decided to play it safe and ski down Cockscomb Ridge instead. Jed dropped in first and tried to find a way over the bergschrund, which isn’t easy at this time of year. The snow on the headwall was total mank due to new wind-deposited snow and strong sunshine. Eventually we found a narrow ramp over the bergschrund and traversed left back to Cockscomb Ridge.

We gained the ridge at 9,400’ and traversed all the way left for an awesome view of the North Ridge and Roosevelt Glacier. This was the clearest view I have seen of the ramp that Sky used to ski the North Ridge without a rappel (https://skisickness.com/BakerLake/Unrapping/). I attached a few photos below. We skied down the ridge on ripper dirty corn, traversed around the E side of Bastille Peak, then skinned around the E side of Hadley Peak and skied across the Hadley Glacier. We traversed the E side of the ridge to Skyline Divide with several short corn runs. Still plenty of snow back here. We skied down the summer trail to 5,100’ then hiked about 20 minutes to the car.

The car shuttle took even longer than it does for the Watson due to poor conditions on the road to Skyline Divide TH. It took about 2 hours to get the car from Heliotrope and drive back to 542. 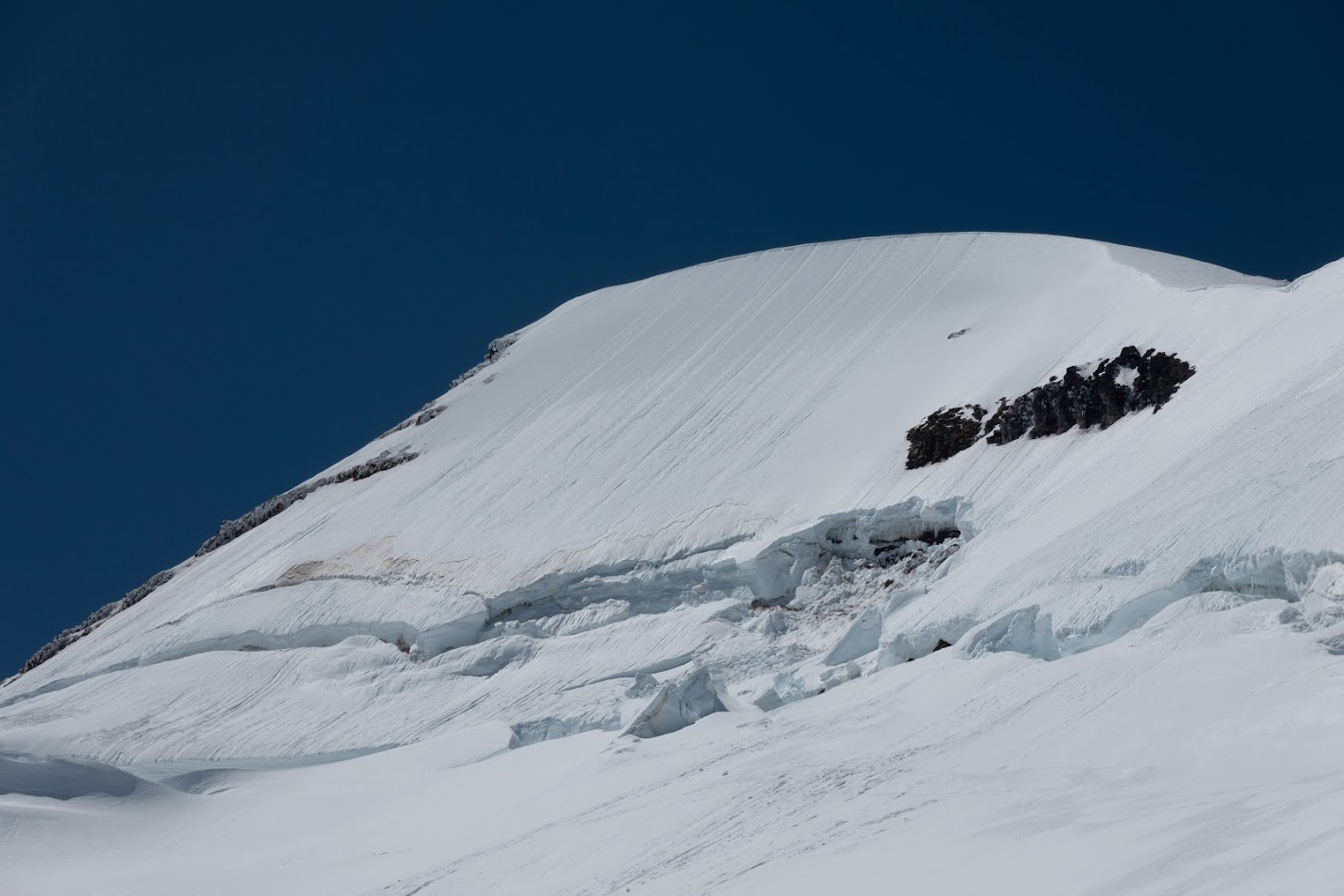 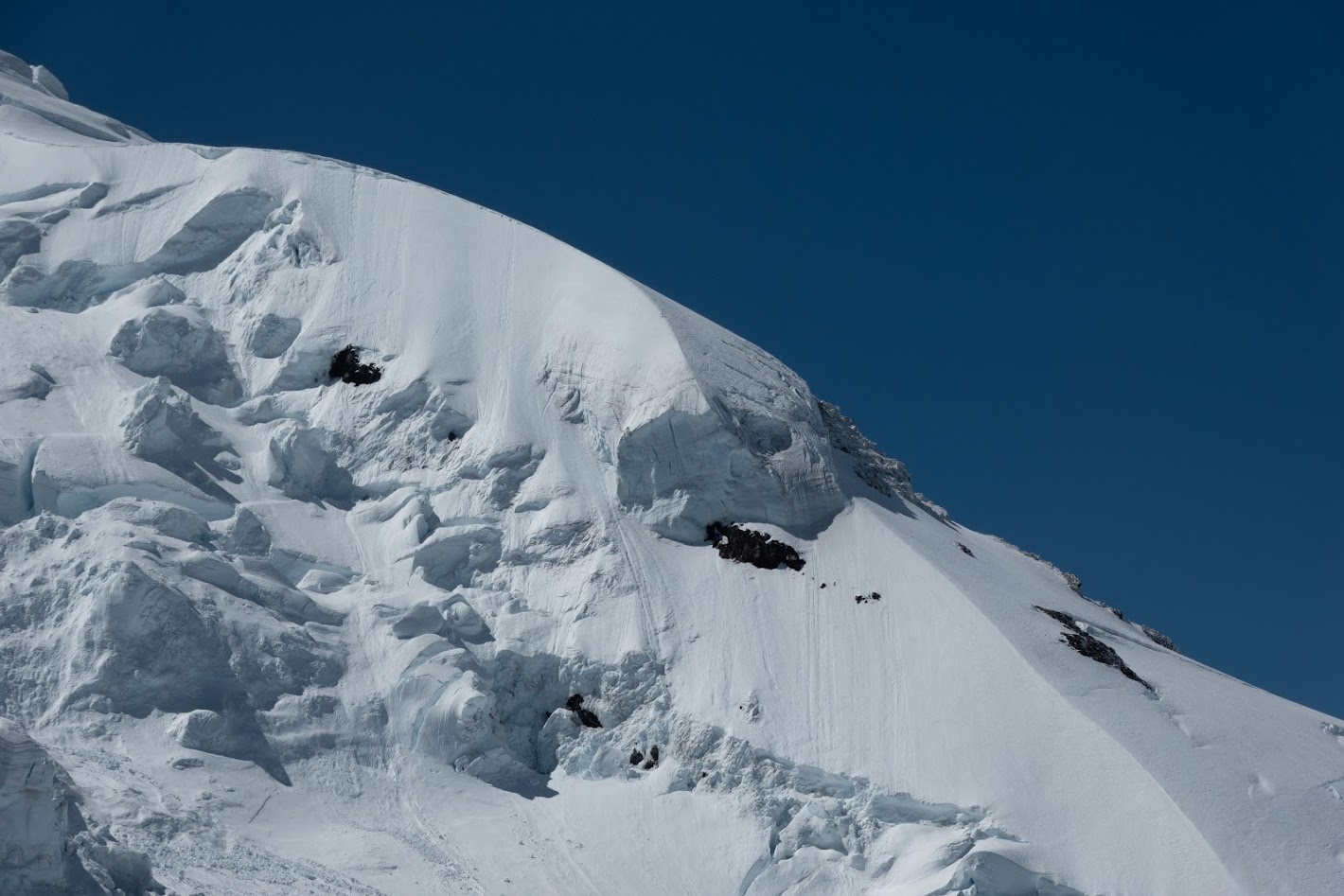 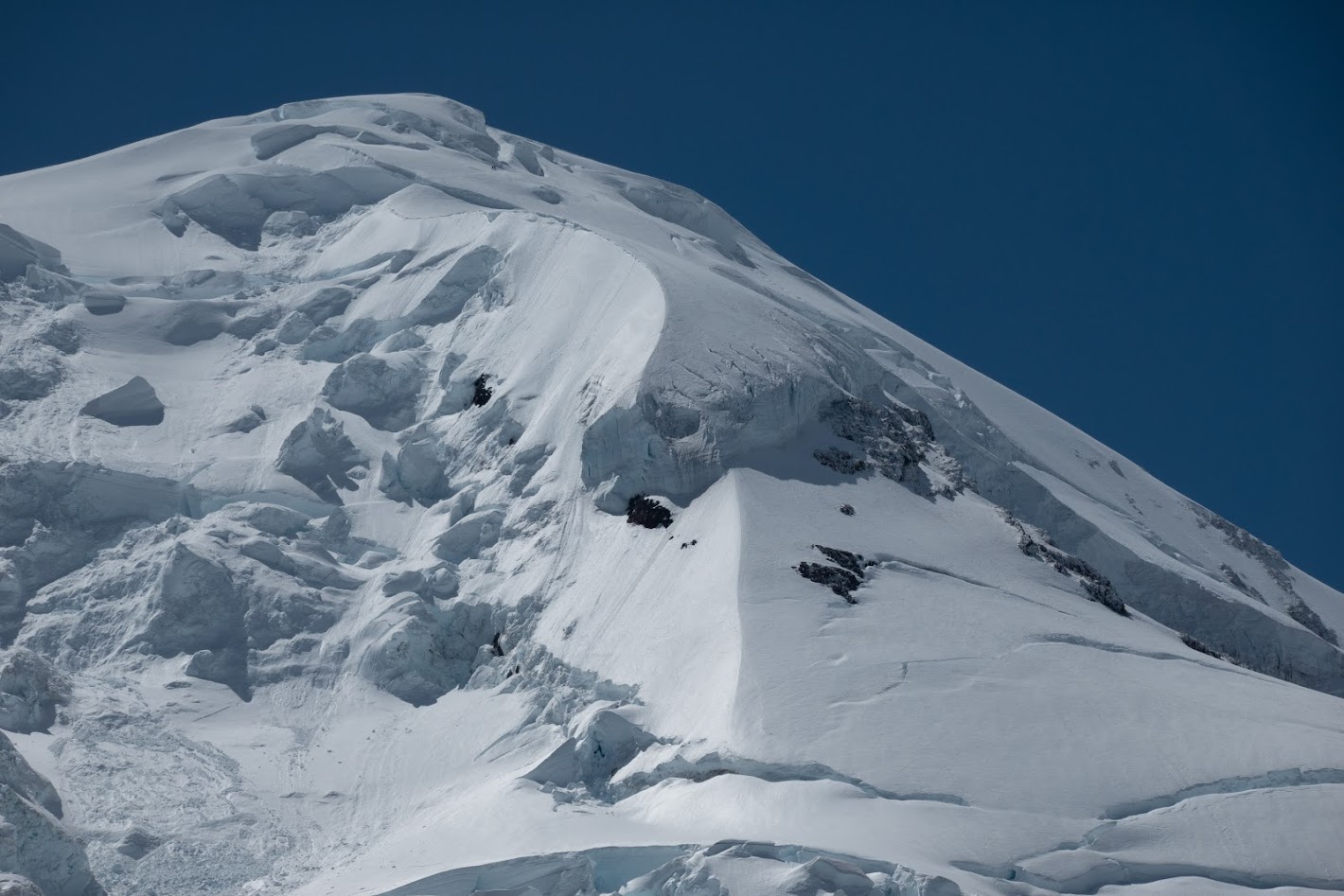 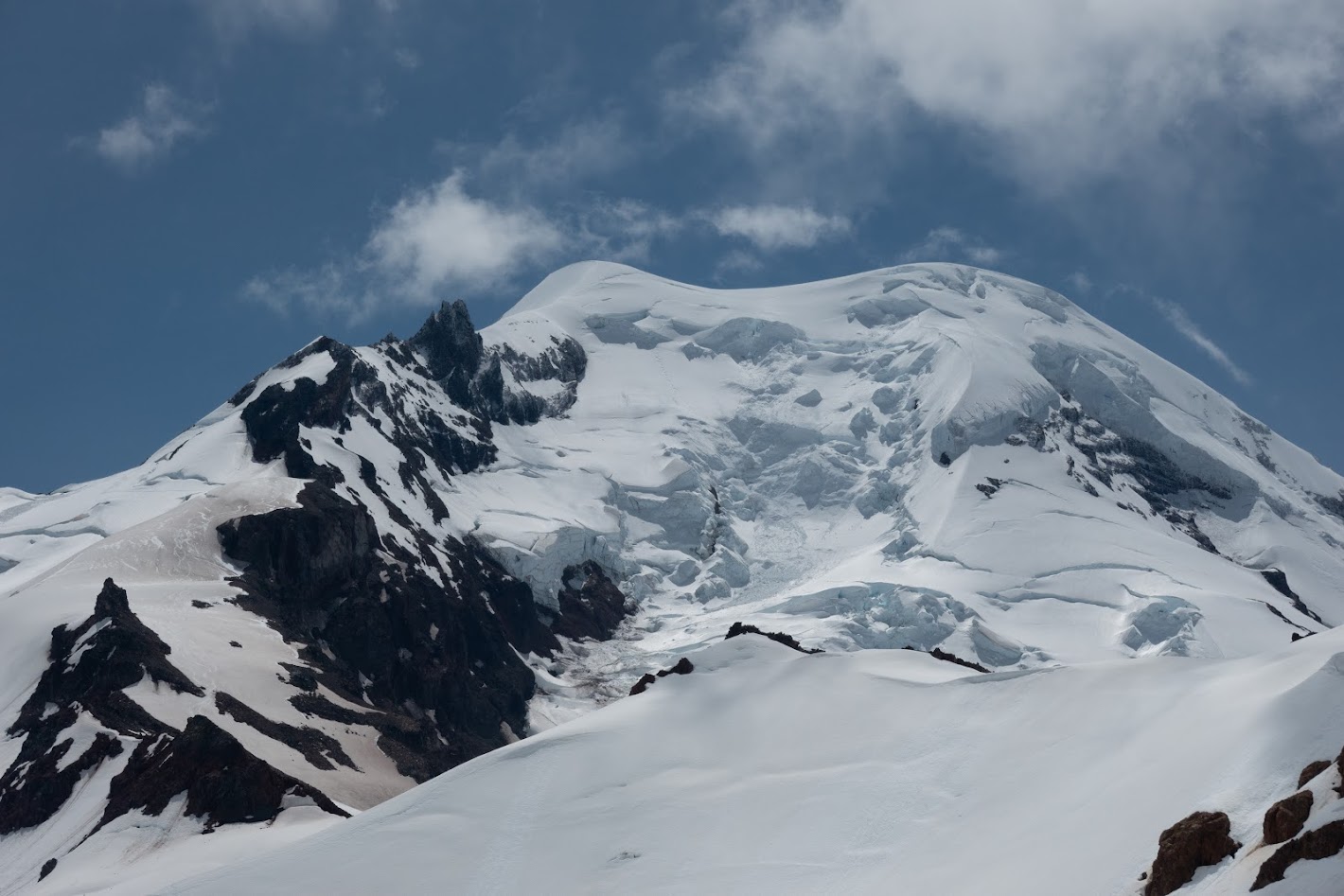 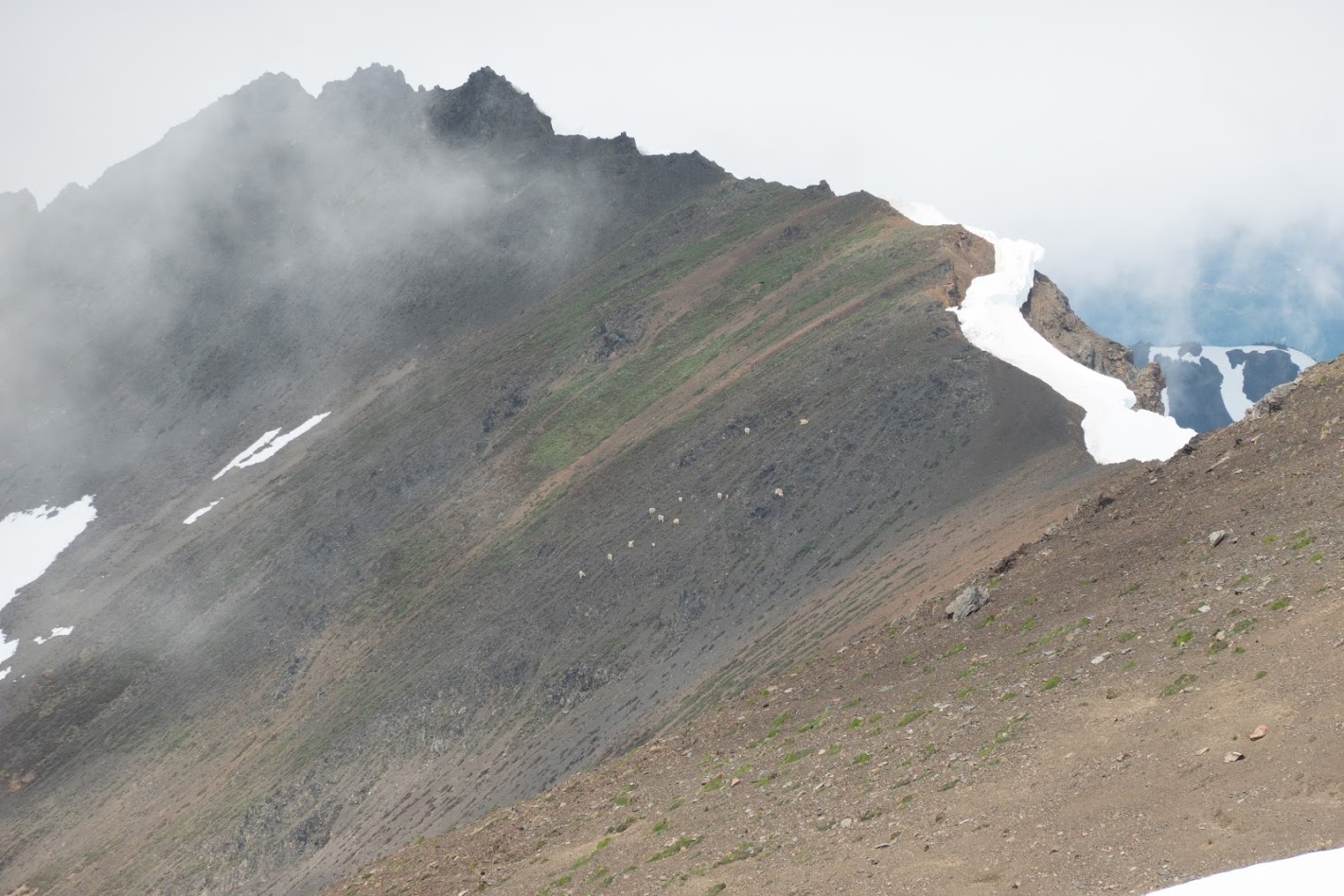 Sweeeeeet!!! Way to make it work with the tiny window.

You guys make some nice turns.

FYI the only way I've found onto the Park headwall is usually hard climber's left approximately above the apex of Boulder ridge and out of sight from your photos. The bergschrund typically pinches off over there but opens up some time in late Spring or Summer. One time we gained the headwall by climbing onto a wedged block in the 'schrund underneath the cliffy section directly below the summit. I've always climbed it before skiing it, though, fearing that dropping it blind would get me stuck.

It is enjoyable to read your TR, photos and the video is well done.😃

Nice pics, looks like a fun outing.  Forgive the digression, but another Park HW option without climbing it first is to ski it to just above the bergschrund, then climb to the summit again.

Such a fun tour! Good skiing with ya