I had to get out of the crazyness and get some mountain therapy. Many places were closed but undeveloped forest service land was still open for dispersed recreation. I decided on a destination I've had on my mind for some time: Mount Ann. Being a Monday and an objective that's a bit out of the way, I didn't expect to see many people. I drove up to Baker and found the normal trailhead closed and unplowed. That was expected. There were a few cars parked on the loop road, and there was plenty of space, so I parked there. As I started skinning, I could see lots of ski tracks both in and out of bounds. Obviously skiers had been there over the weekend. As I was nearing Austin Pass, I saw the first of the two parties I would see all day. I headed down toward Swift Creek, while they headed up to Artist Point. On the way up to Austin Pass, I noticed a couple of small, shallow slab avalanches and a small loose slide. All were on very steep terrain, much steeper that I was expecting to travel. When I got to the debris from one f the slab slides, there was fresh snow on top so it must have been at least a day or two old.

I had originally thought about going up to Lake Ann, then following the ridge to Annette. This looked good on the map. The only thing I had a question about was a bench on the East side of Annette that I would need to use to get around the peak to the South side. There were steep slopes above, and they would be in the sun from early morning to around noon. This gave me some pause. As I got closer to the mountain, I noticed a minor ridge on the North side. It looked really safe once you get on it. I saw some GPS track from a couple of other parties that had gone that way, but that was in the summer. I decided to make for that ridge anyway. The way was mostly safe. There was one slightly sketchy part where you traverse underneath Annette. Annette had a serious cornice on the North side. If that thing goes, you don't want to be down slope. I went fast so I was exposed to that danger only for a couple of minutes. Then one short steep section and I was on the ridge. The minor ridge took me to the summit ridge, right between Ann and Annette. I first went up to Annette. No difficulties from the summit ridge. Remembering the huge cornice, I stayed right next to the grove of little trees on the summit. The view of Shuksan was amazing. It was right in my face. The views of other mountains was limited due to some low clouds, but somehow the clouds knew to stay away from Shuksan.

After Annette, I went over to Ann. No serious difficulties there either. By then the clouds grew bigger so the view was even more limited. I was looking forward to the ski down because the snow was really good. Unfortunately the clouds made the light really flat so it was impossible to see any bumps or dips in undisturbed snow. This made skiing difficult. I did manage to make my way to my uptrack and use it as a guide to the angle of the terrain. Down in the valley, the snow had turned to gloppy mashed potatoes. I put on my skins and skinned back up to Austin Pass. While skinning I watched a number of small sluffs come down from rocks on the South side of Shuksan Arm. From Austin Pass, I made one more run down to Bagley lakes where I saw the second party of skiers. Then it was time to skin to the car.

It was a fun trip with good views. I was surprised that I got back with plenty of daylight left even though I didn't get a super early start. I expected it to take longer than it did. I saw only two other parties and didn't get within 100 yard of either of them. Once I got down into Swift creek, I saw no sign that anyone had been there until I got back to the slope up to Austin Pass. 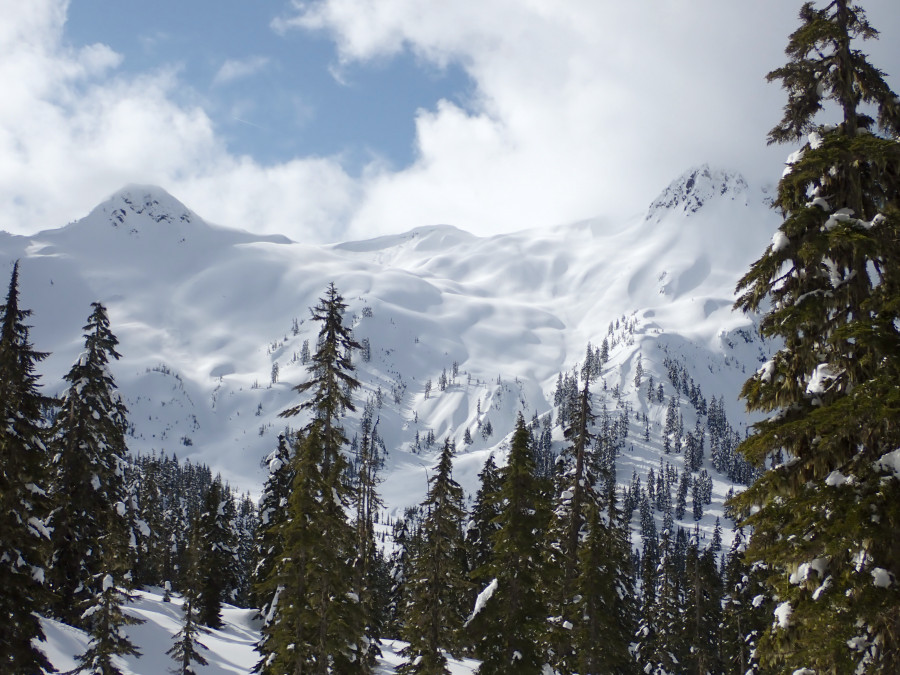 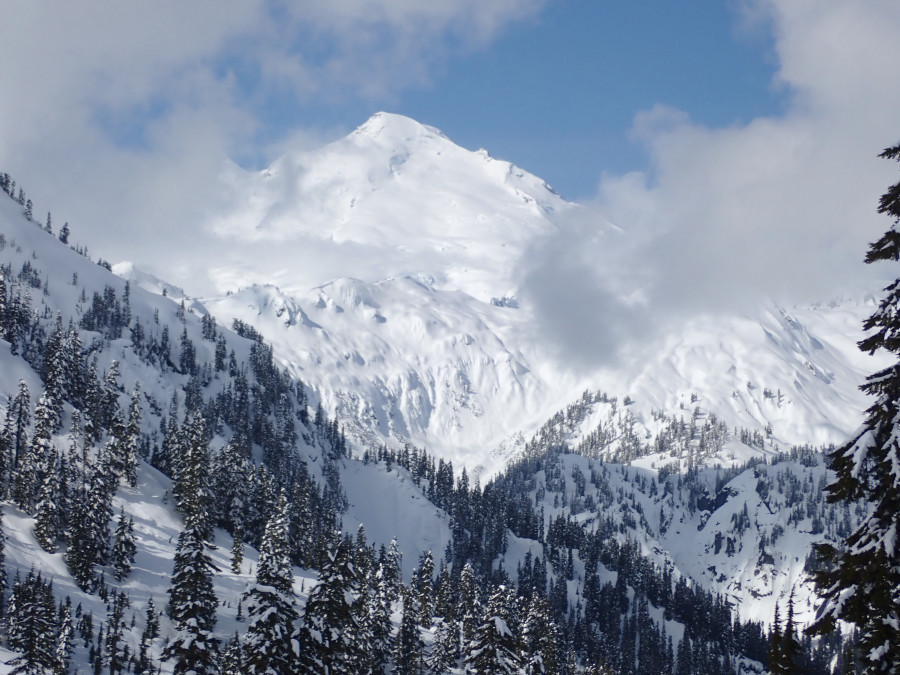 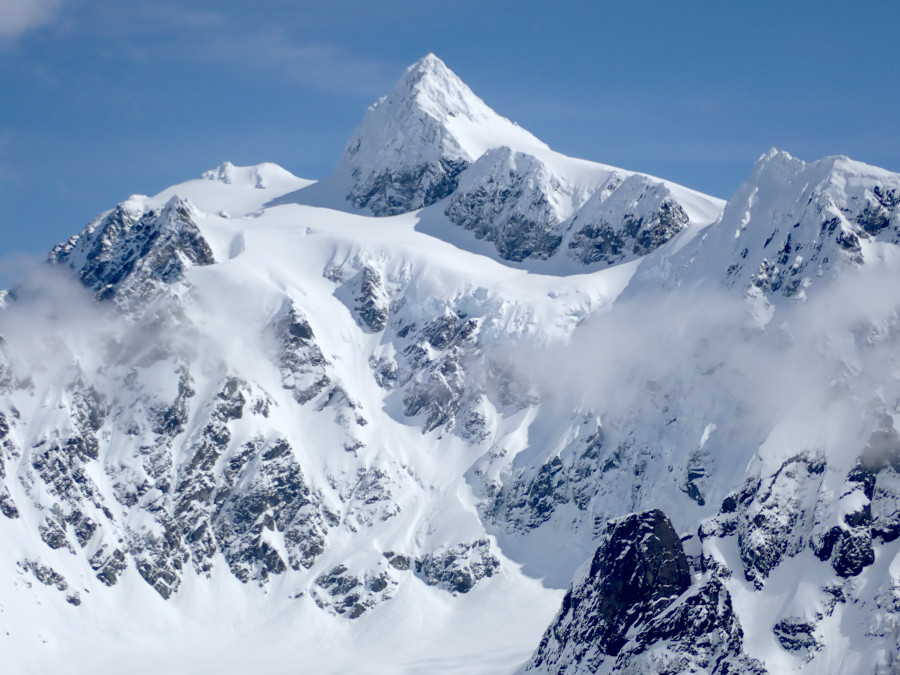 Looks awesome-great views and photos. I wonder what this warm weather will do to the fat snowpack.

There is still a lot of snow up there. It will take a while to melt it all. For Mount Ann, you would want stable avy conditions.