5/7/19
1668
5
Posted by tabski on 5/8/19 11:46pm
Made the approach to a camp on near the Roush - Eldorado divide on the afternoon of May 6 with friends Kam, Adam and Noah. Clean transition to skinning between first and second boulder field. Very sloppy snow would have been concerning at the divide if most hazardous slopes had not already avalanched.

A few clouds and gusts of wind seasoned an otherwise idyllic evening at camp, complete with a couple hands of cards and some Mezcal Sours. The next morning we were awake and skinning from camp at around 6am, and were on the summit around 9. Snow on the east face was already soft at that early hour. At the base of the E ridge Adam headed back to camp, while Noah and I split off to go take a look in a couloir I had looked down, but backed away from, on two previous trips.

We traversed west across the Eldorado Glacier to the gap in the ridge ~7,800' and looked down the couloir. The line was filled in, but in a deep shadow that would obviously keep the snow icy for another hour-plus. But with the substantial overhead exposure we'd be skiing under, and the climb, rappel and traverse guarding our return to camp, we decided skiing with icy snow was a fair trade-off for the better travel it would afford us. So we dropped into Marble Creek.

The couloir was impressively steep, with the leaning rock tower above us and Triad Peak framed directly in front. The snow was very firm, but uniform and grippy, and after some tense steep turns up high we relaxed as we came out into the more open slopes below. We trended left, passing under the rock spur at around 5,600' and crossing a large track of avalanche debris, where we switched back to skins. We ascended to the Triad-Eldo col on skins, and then rappelled onto the south side of the divide with one 30m rap. We found a fairly efficient down-up-down traverse line across the glacier and were back in camp by just after noon. Pack it up, head down, you know the deal. We're unaware if there have been other descents of this couloir; hard to believe there haven't, as it is reachable by gravity from the summit. It may best be skied in deep, perfectly stable midwinter powder; or on a spring afternoon with a camp in Marble Creek. 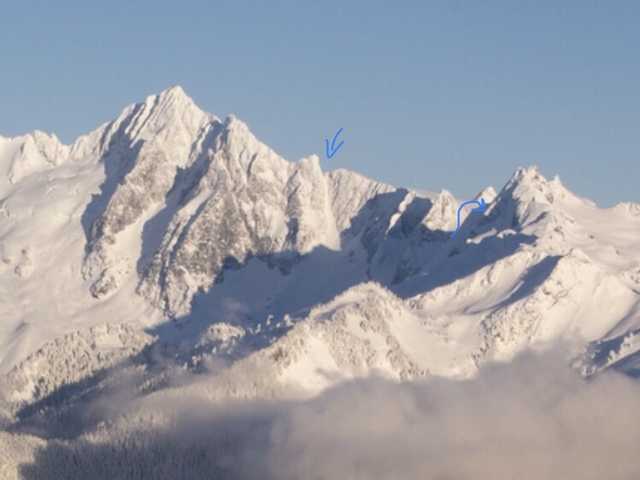 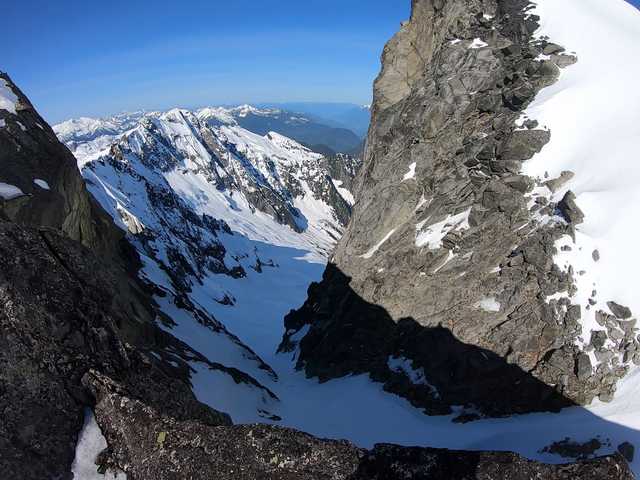 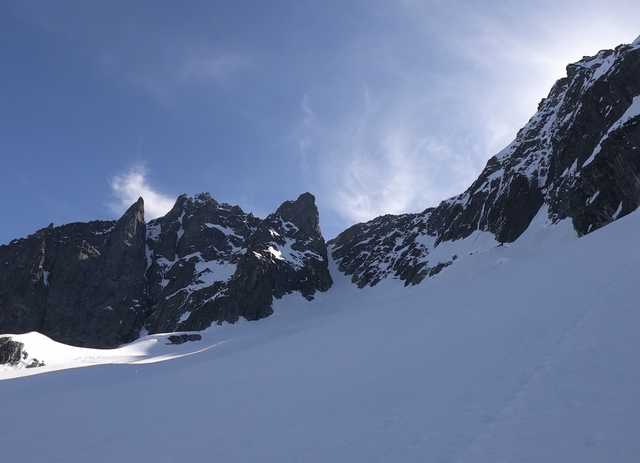 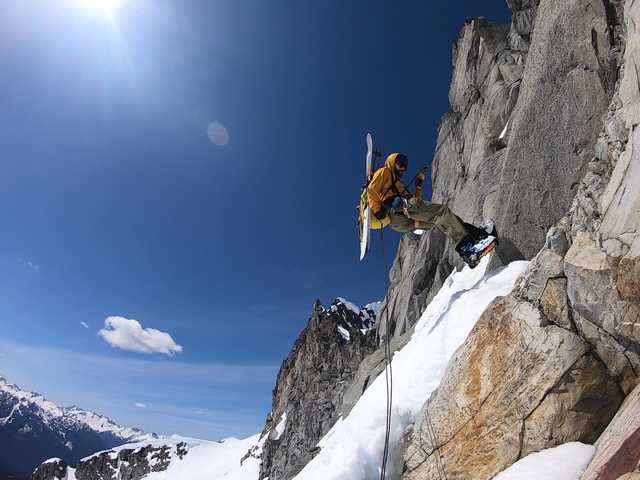 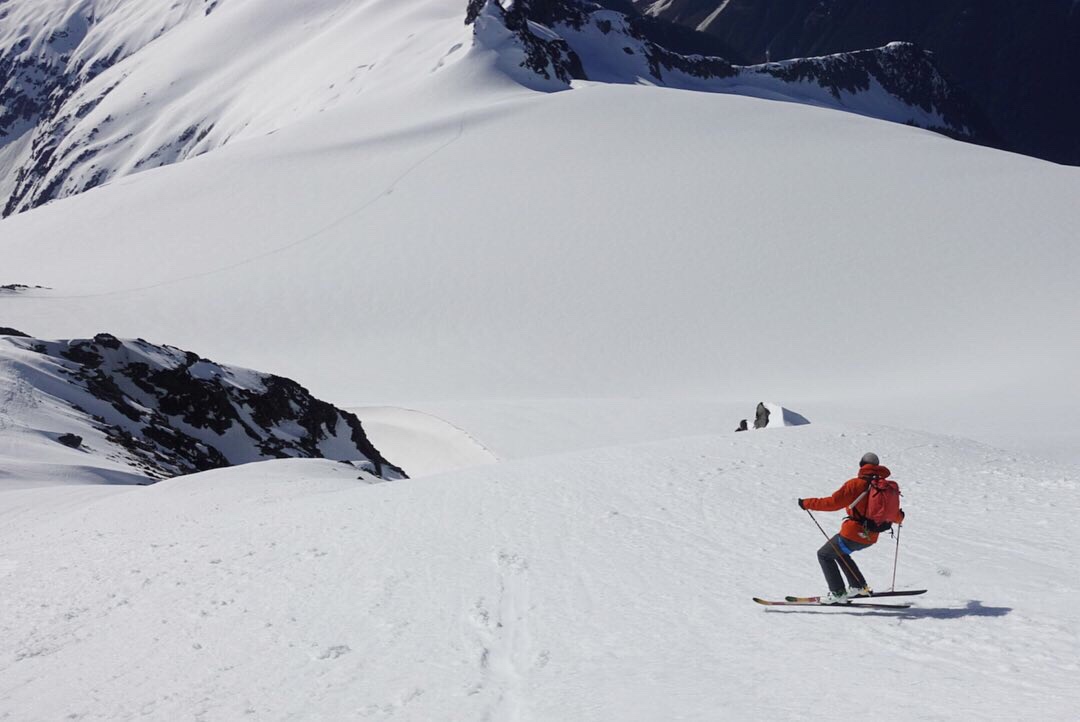 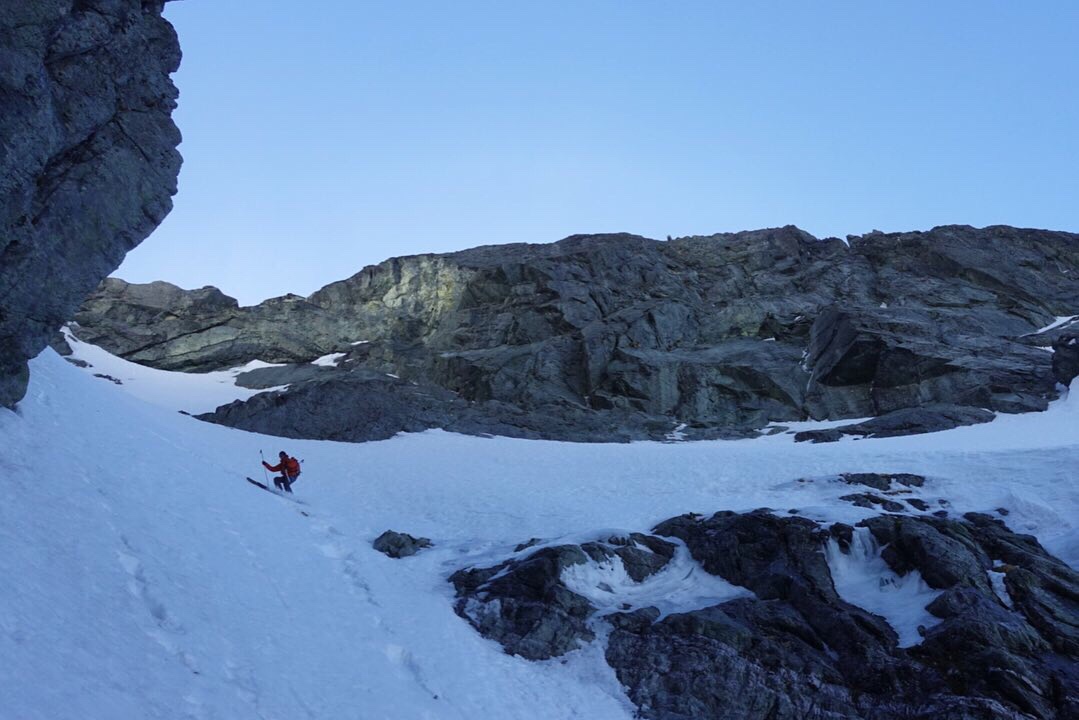 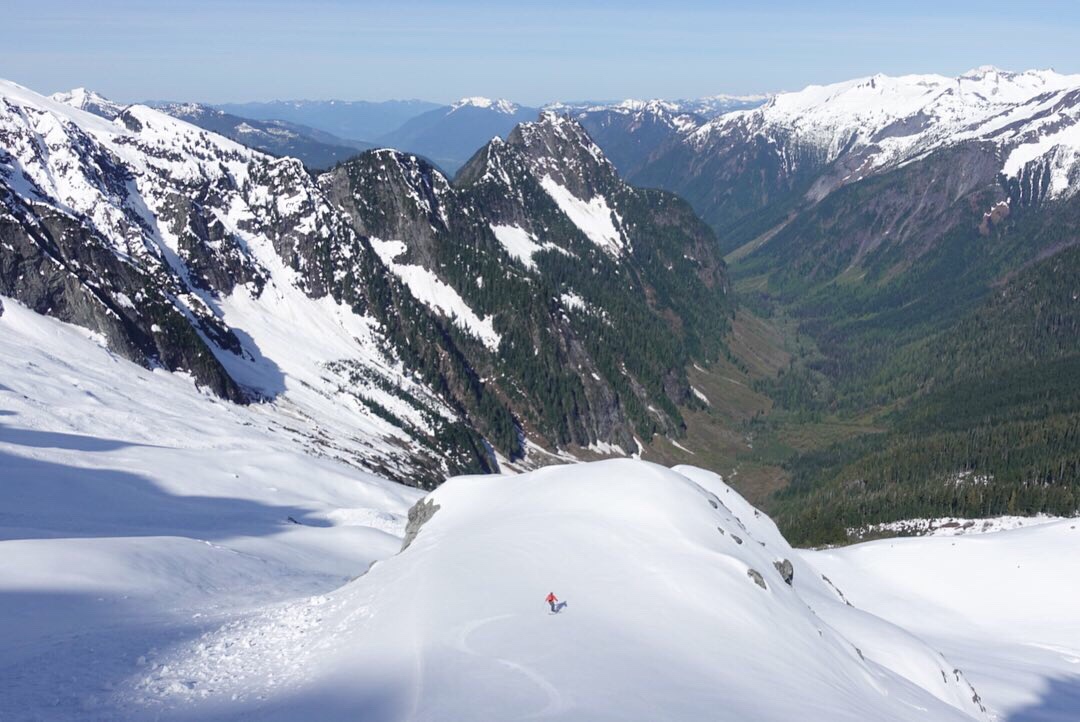