5/13/19
WA Stevens Pass
1329
1
Posted by Zap on 5/15/19 1:05am
We returned to a heat wave from our trip to the Eastern Sierra for some downhill and backcountry skiing. I looked at the webcams of the local ski areas and Alpental was number one. Most folks know that I hate to walk with my skis before I can start skinning. Alpental worked on May 9.
But the story begins on May 13. It is more like a fun fact to know -- no cliff jumps, deep powder, or secret spots -- just meeting some folks who work on the "hill". I arrived at Stevens and noticed the gate on the west side was unlooked with a sign "Closing at 5pm". So I drove in and saw a white trailer with the word "Doppelmayr" on the side. A few feet away I saw a "bunch" of chair seats in a line. They are probably the Brooks and Daisy seats. As I drove to the parking lot where the grooming machines are parked I met a BIG forklift carrying more chairs from the lift. The operator waves, and I wave and smile back.

I put on the skis and had a short ski to where the snow ends at the dirt near the working garage. I started again on what I thought was a snow-filled trail to the top of Skyline express. But I selected the wrong trail and had to remove the skis and walk over the dirt road. As I came close to the top of Skyline I noticed the 7th Heaven lift was running and saw a person waving. I stopped near the 7th Heaven lift and Amy walked over and we started talking about the hill and changes. She has been at Stevens for 10 years and lives on the Leavenworth side. I asked where the Brooks and Daisy chairs were going, but there are only rumors. Vail has a salvage site that could be used for parts or a new home. Rumors! I also met Rich (?) who relocated from Park City with his wife who is in Administration. They also live in Leavenworth with their 2 children. He is a Doppelmayr expert. It was great chatting with folks who are part of the team that keeps the Stevens Pass working. They were greasing the cable lines and checking parts. Another group was removing the Daisy chairs.

The skiing was good. I skied under the Skyline chair on the Skyline trail and connected with the Hog Wild trail to the base at the dirt road. Good coverage, but the rain is coming for a while. I took a couple of photos of what it looked like on the 13th. 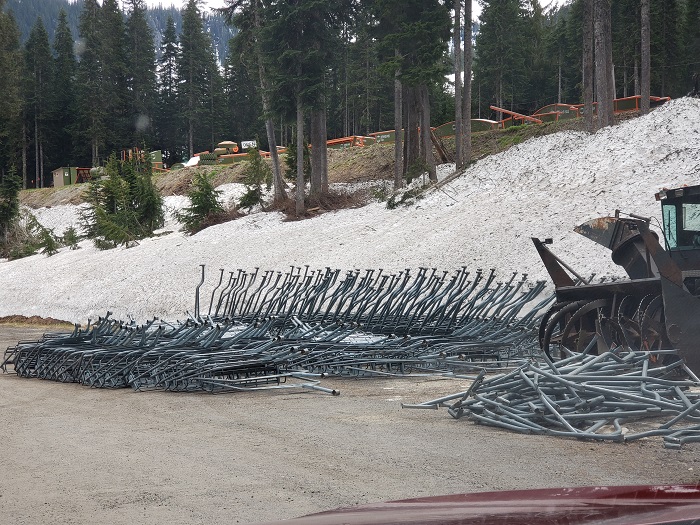 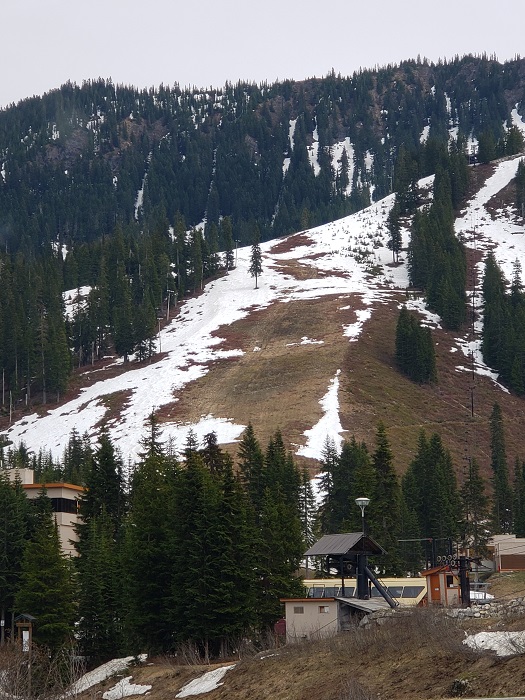 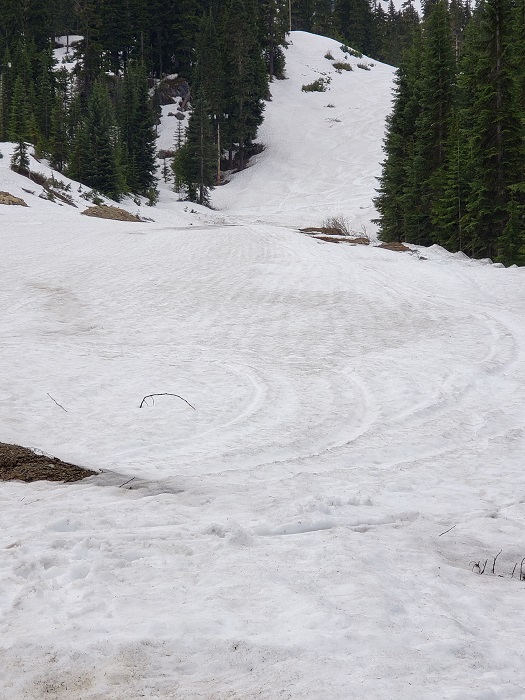