From 530 we took a right on Mine Road at the Shell station and drove about half a mile. The road past here is washed out and decommissioned. It's no longer possible to drive to the summer trail at 900ft as described in Martin Volken's book.

The road was mostly dry. We hiked in running shoes until the end of the road where we transitioned to ski boots. Nate charged up steep slide alder on the climber's left side of the valley as I struggled to keep up. It looked like the left side would cliff out so we got into the gut of the valley at about 1,700' and tried to find a way up the central treed rib. We tried a few options but none felt reasonable in ski boots. By now it was late enough in the day that even if we had reached the snow we wouldn't have had time for the 4,500' climb to the summit so we turned around.

I skied a couple hundred feet of surprisingly enjoyable mush on slab then it was back to booting down slide alder and bare talus back to the bottom of the valley.

The far right and far left of the cirque look like much better options in hindsight, but there's definitely no easy way up this cirque without a massive low elevation snowpack. Taking the summer trail to about 3,200' and traversing into the Whitehorse Glacier looks like a possible option that would avoid most of the brush, but I'm not certain it would go.

Photos:
1. Nate crossing to the left side of the valley. We traversed the slope on the left and turned around at the treed rib top center.
2. Mountain goat skull near where we turned around.
3. Nate deep in the cedar. 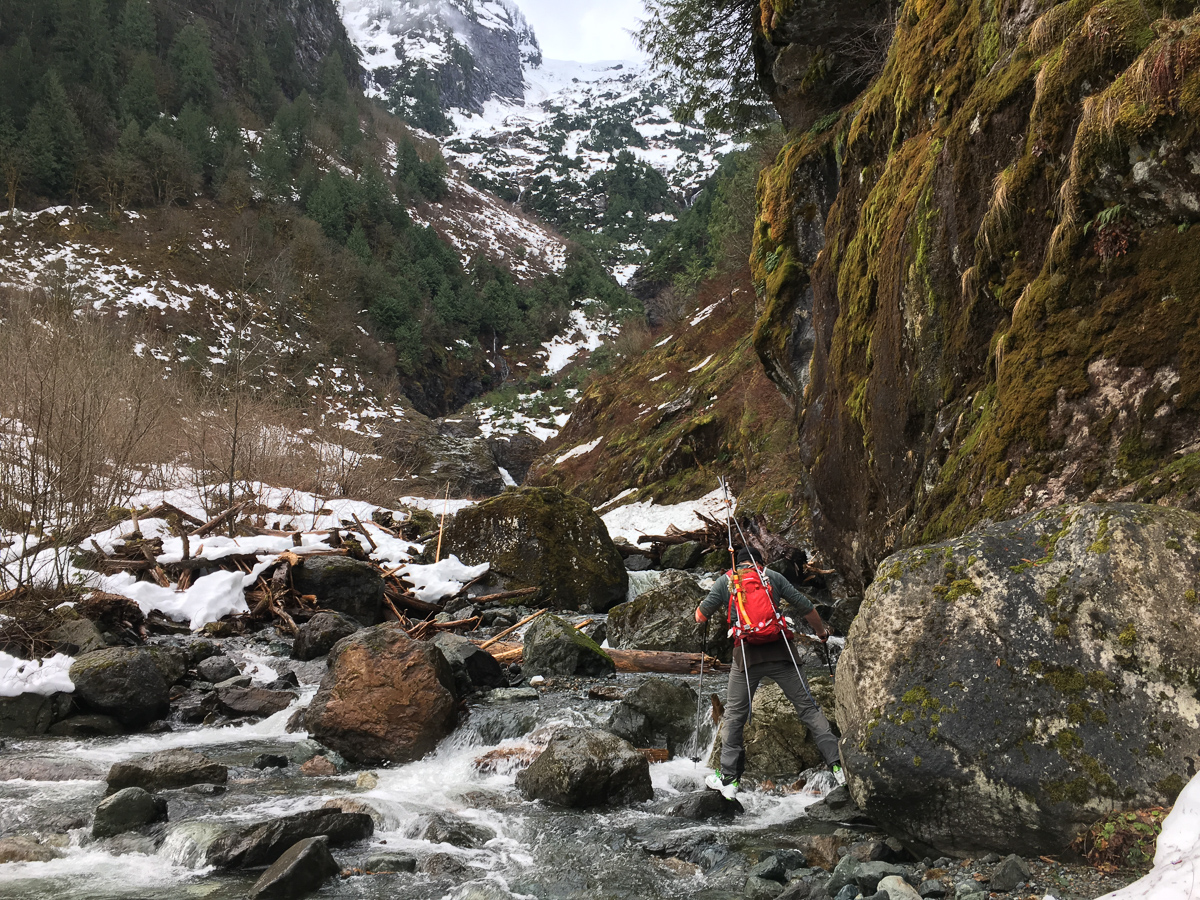 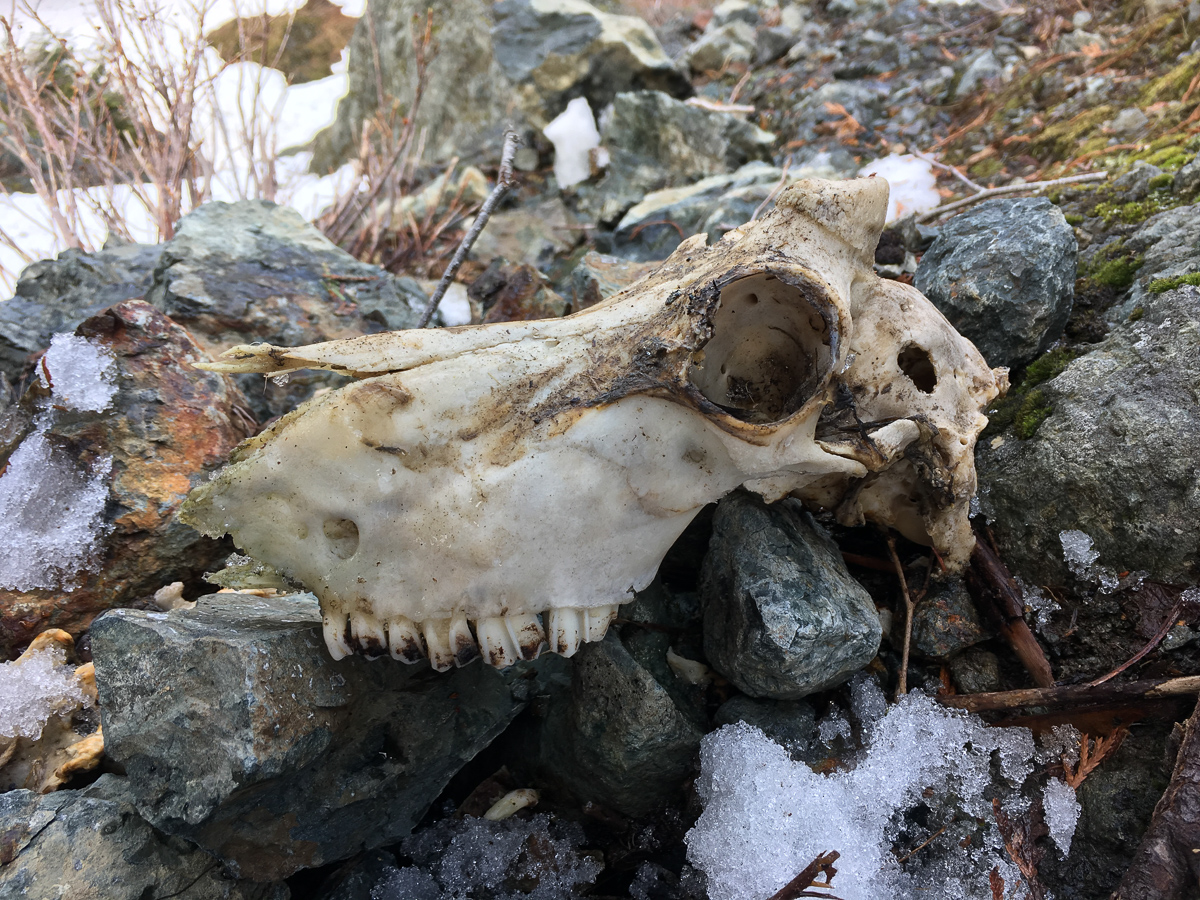 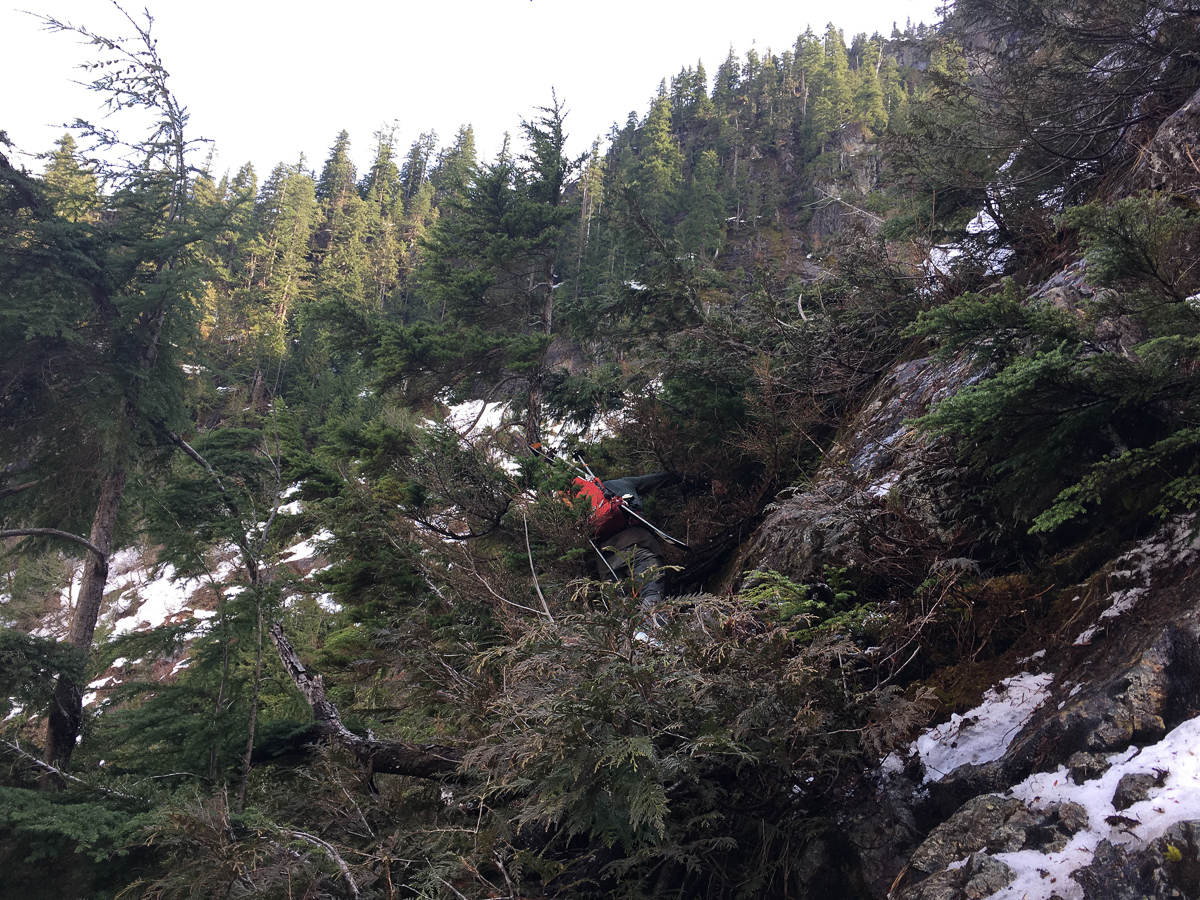 3/30/19 6:16pm
bigeo
The only time I have had success on Whitehorse, we went up a side gulley (climbers right) near the bottom of snow gulch that was filled with avy debris and managed to traverse back to the main basin higher up. Total fluke that we found something that worked. Man what a great ski it was. Been dreaming of a repeat ever since.
2019-03-30 18:16:40
bigeo
4/1/19 8:23am
JimD
When I did that route many years ago there was a flagged climber's trail of sorts tunneling through the slide alder on the left side which we found with luck. Still a lot of shwacking with skis. We thought we saw a better way down on climber's right so skied some nice patches down to within a few hundred feet of the valley bottom, but then had to do some sketchy down climbing that was too dangerous. No easy route that I know of, but a gorgeous place you will likely have to yourself!
2019-04-01 08:23:40
JimD
4/1/19 8:37am
aaasen
We found one piece of pink flagging on the climber's left side of the valley - probably remnants of that climber's trail. It has been reclaimed by the brush.
2019-04-01 08:37:58
aaasen
4/1/19 10:25am
andyrew
Nice report on a burly objective. I was wondering if anyone was going to attempt it with the low-elevation snow.  I guess this year you mighta gotten 'lanched trying to attempt it right after the snows.
2019-04-01 10:25:35
andyrew
4/1/19 10:38am
aaasen
Conditions were probably better a couple weeks ago before the big warmup. We considered doing it then but decided against it. I wouldn't want to be in that cirque with a lot of unconsolidated snow around. 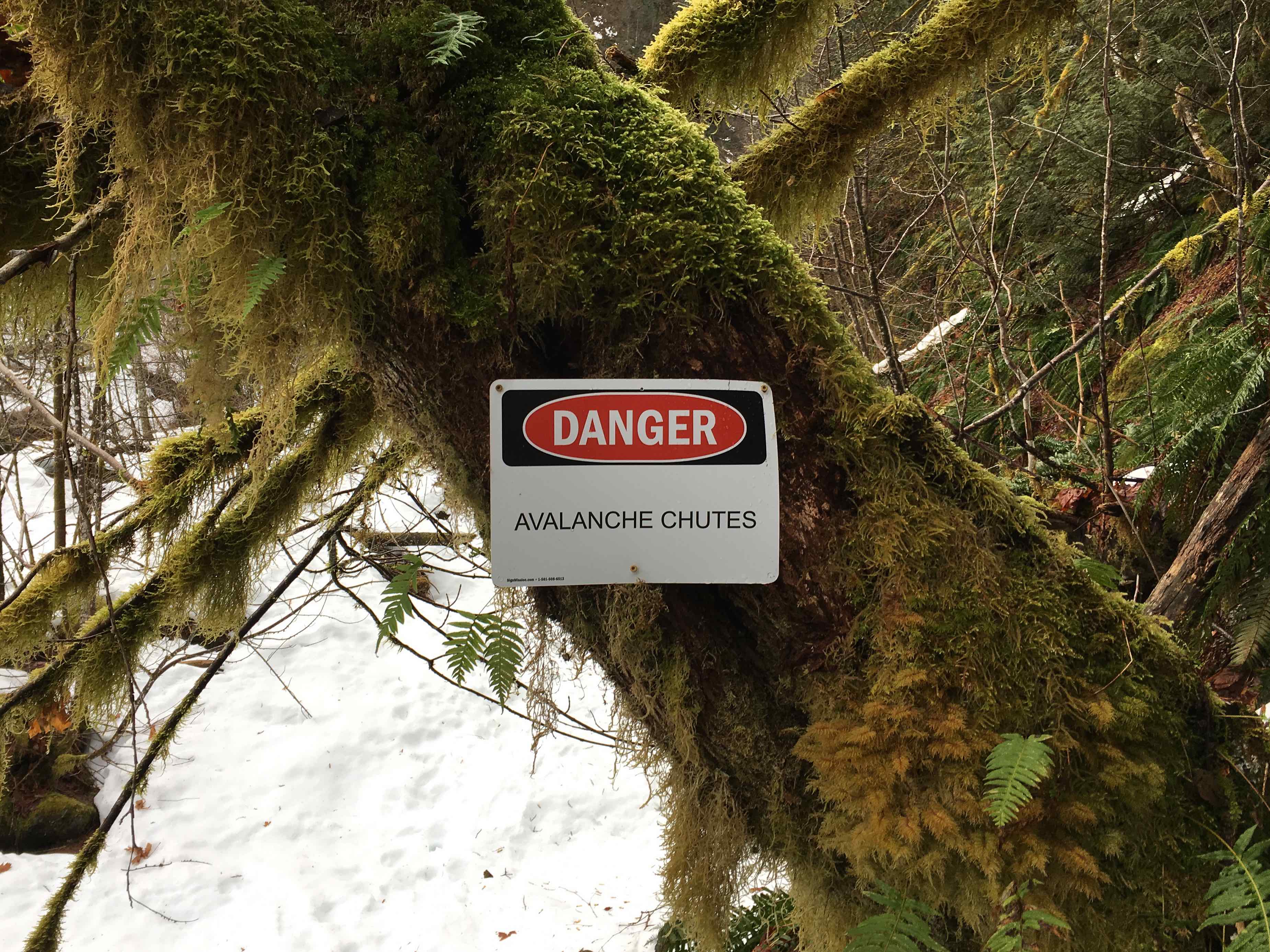