Initial plan was to try the “high” route crossing of the Cowliz and Ingraham at 8400 as described in Volken. Instead went with the “low” route crossing at 6200 as described in Amar's and other's trip reports. Carried glacier gear but didn't need to, whole route was well filled in. The high route cracks looked pretty well filled looking at them from above, but I wouldn't go out there without a rope on. Plus the moraine scramble up from the Ingraham through the notch to the Whitman looked like it might be dirty and unpleasant even in this high snow year. The main con with the low route is having to skin back up the 900’ to the Cowlitz Rocks saddle at the end of the long day, but as noted elsewhere, it’s probably not much more total effort than dealing with the two moraine crossings and crevasse nav on the high route.

Left parking lot at 7:30 and headed to Paradise glacier via Golden Gate. We didn’t encounter much rockfall or slide debris along the way. However, we decided to turn around at 10600 at about 3:30 due to running low on juice and the lengthening shadows that were threatening to refreeze some of the tasty corn below.

Would have been nice to have another hour or so to finish the climb, but no complaints about the 4k of smooth fun cruising down the Whitman. Incredibly scenic side of Rainier, and we had it all to ourselves. Skinning up to Cowlitz saddle in the shaded refreezing crust was a chore. Went back the way we came on Paradise and over GG to the car by 7:30. 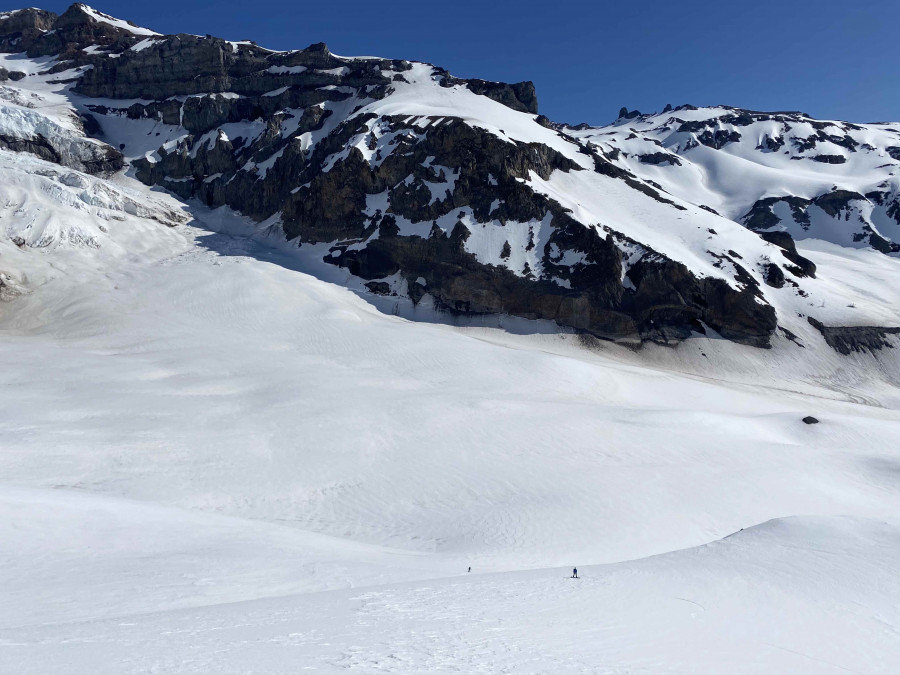 Ingraham icefall on left. "High" route crossing to Whitman above it. Gained the lower Whitman from 6200 via the snow ramp on right and looping around behind the lower cliffs. 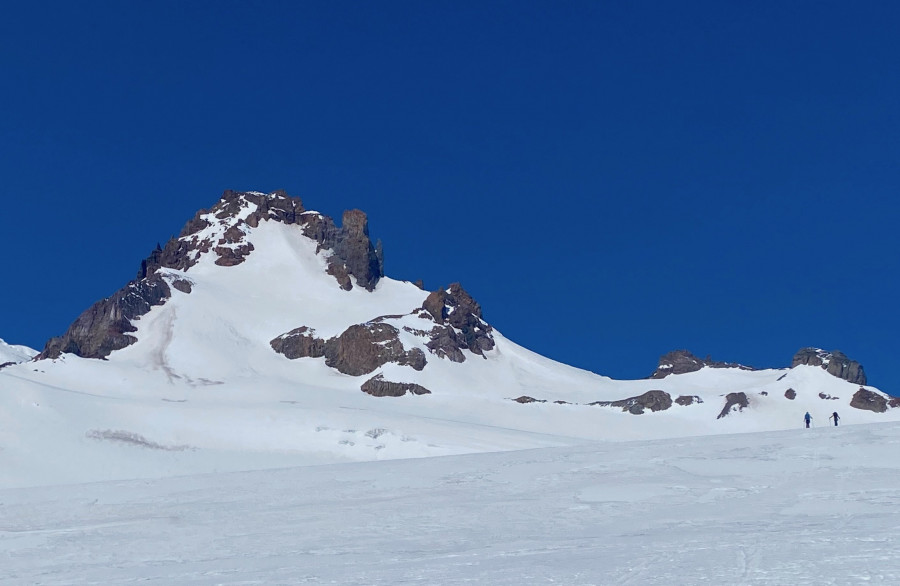 Skinning up the Whitman to Little T.

Looking down the Whitman 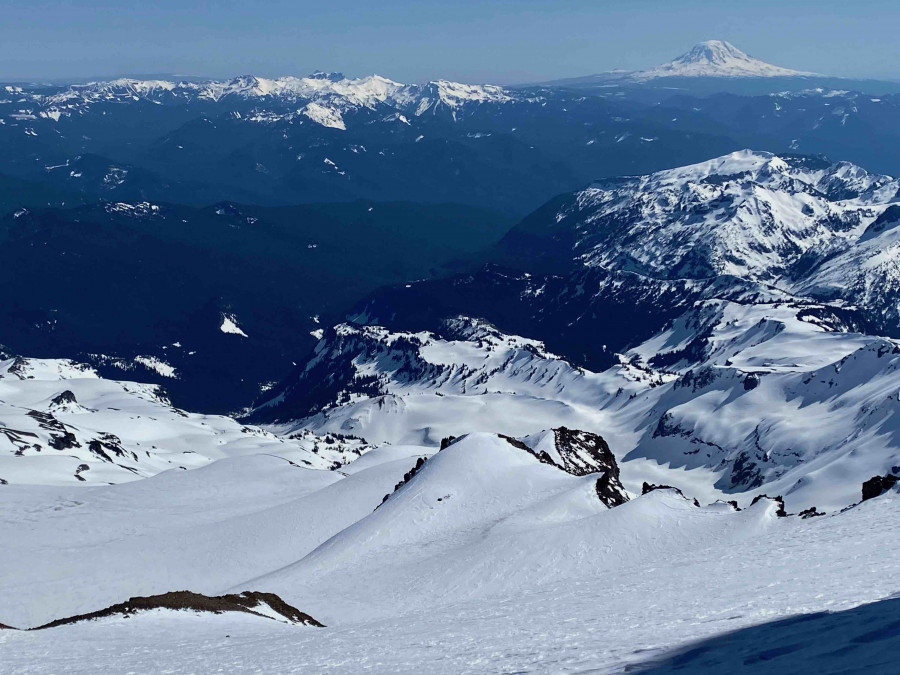 It's kind of scenic up there. 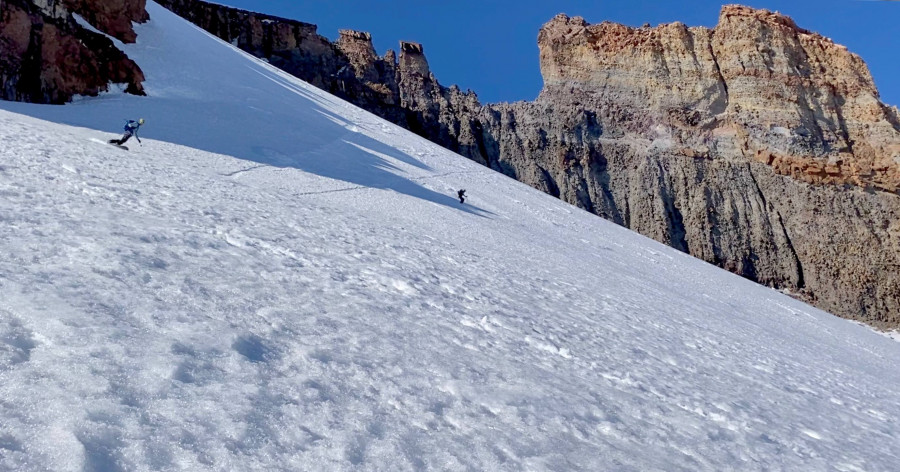 Enjoying the fruits of our labor.

Cowlitz and Ingraham looked pretty well filled in at 8k, but still some crevasse exposure avoided on the low route via Cowlitz Rocks saddle on left of photo. 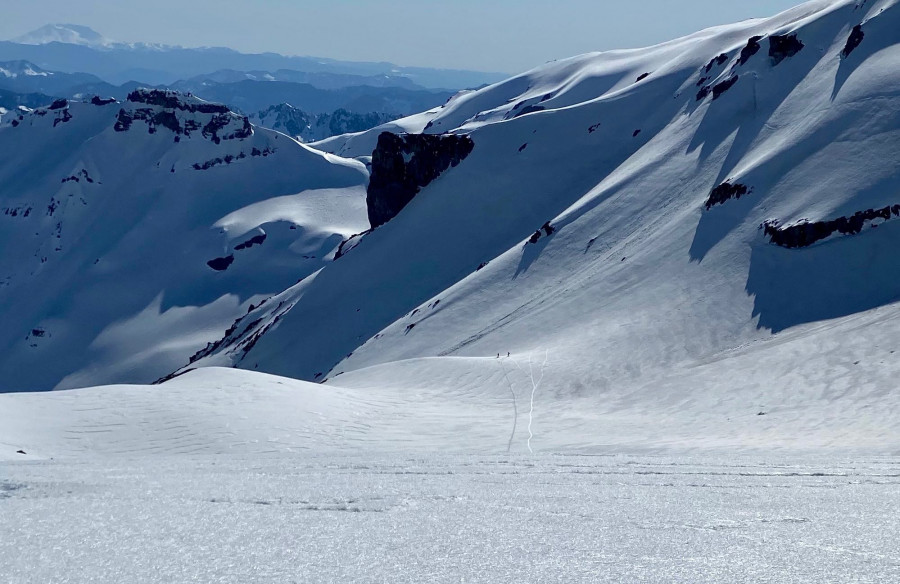 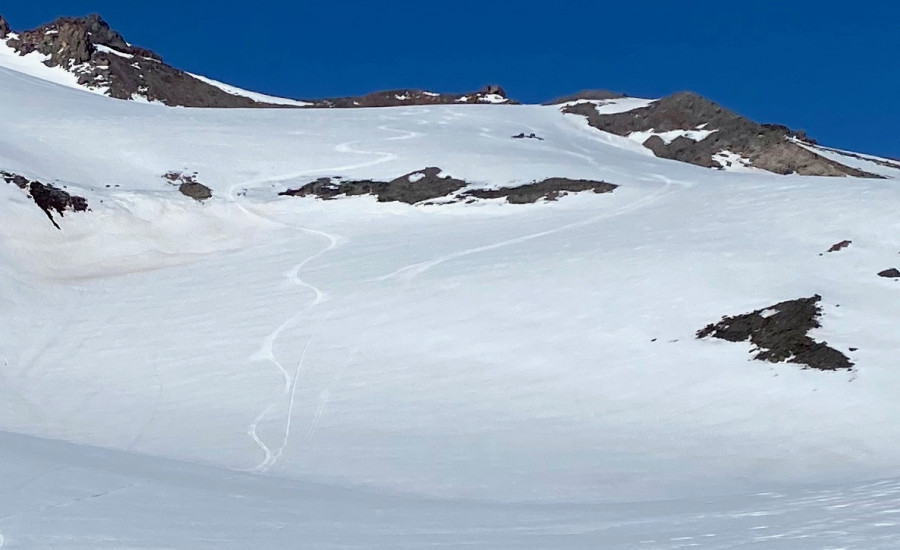 Good work ! Yes great views and a great tour with or without a ascent of Lil Tahoma.

We passed thru there years ago to a White river exit down the frying pan but im convinced the  ski backdown the whitman is  the better ski.

Even with the climb back up to Cowlitz saddle,

Thanks for the report and pics

Looking over my report our Crossing Of Whitman GL. to Fryingpan Gl. was on June 4 2011.

We also wore harnesses and carried a rope but never felt the need to uncoil rope,

My Question- you said you started up Edith Basin at 730am from parking lot,

Did you camp overnight or is the gate at Longmire open all night now?

Looks like a great trip Ted and of course beautiful weather which makes for a very scenic day.  too bad you didn't get to summit but it surely sounds like the right call.