My girlfriend and I are on our way back to Seattle from a ski road trip to CO and UT. We were waiting for a weather window for Shasta, and although yesterday looked clear, it was a little too windy for our liking, so we decided to drive down to Lassen instead.

We were hoping that the road was at least open for cars to the Sulphur Works parking lot, based on an update on the NPS website from 04/07 that said you could drive to Sulphur Works, and that road clearing had progressed past the Bumpass Hell trailhead. But it turns out they had closed things due to the April storms and not updated the website for... 3 weeks. Also the phone line was down, so we couldn't call or get an automated message. We did manage to email, and got a reply about 1h before we arrived at the visitors center to check things out on Sat afternoon. We ran into one party, who recommended the north side of Brokeoff Mountain for maximum fun and minimal road walking. But we felt like tagging the summit of Lassen.

So we set off from the visitors center on Sunday morning at a leisurely 8am. By 10, we made it the 6 miles up the road to where a couple of other parties had left their bikes. We thought the wind might start to die down around 1-2pm, so we weren't in a rush, and in the end we made the summit at around... 2pm. We decided to skin up the SE face instead of booting. We had the summit all to ourselves until a party of 6 who had biked up the road and then booted the ridge/summer trail joined us. We're not sure if booting was faster, but it wasn't the most fun skinning, we felt somewhat exposed near the top. The snow changed from ice/crust to slush depending on aspect as spring snow tends to do.

We descended what I would call B+ to A- corn on the way down. As the slope angle mellowed out a bit I decided to open up my turns and pull some Gs at speed, treating Lassen like it was a freshly groomed blue run. I even let out a "YAHOOOO!!!!!".... and on the next turn I ate it HARD!! Double ejection, broke both my leashes and did at least one cartwheel. Lucky for me I didn't even land on my bad shoulder! In hindsight, based on the damage to my ski I may have hit a small rock. But this was probably a good reminder to not do dumb stuff like carry stupid amounts of speed in the backcountry! Unfortunately for her, my girlfriend didn't even see my crash as she hadn't turned around to look up the hill yet, but I'm pretty sure all of the party of 6 did see me looking like a dummy.

We managed to keep our ski boots on all the way to the car, with only a couple of <1mi road walking sections. You can see on the attached GPX file the exact route we took, there are probably a few spots we could have made slightly better route choices. But overall it went.

And now we get to the most important question: does anybody have a spare Blizzard Zero G 85 171cm ski lying around, because I'm now one ski short of a pair :(. I'd be happy to either sell trade you my one good ski, or buy/trade a good ski from you.

Road walking in the morning 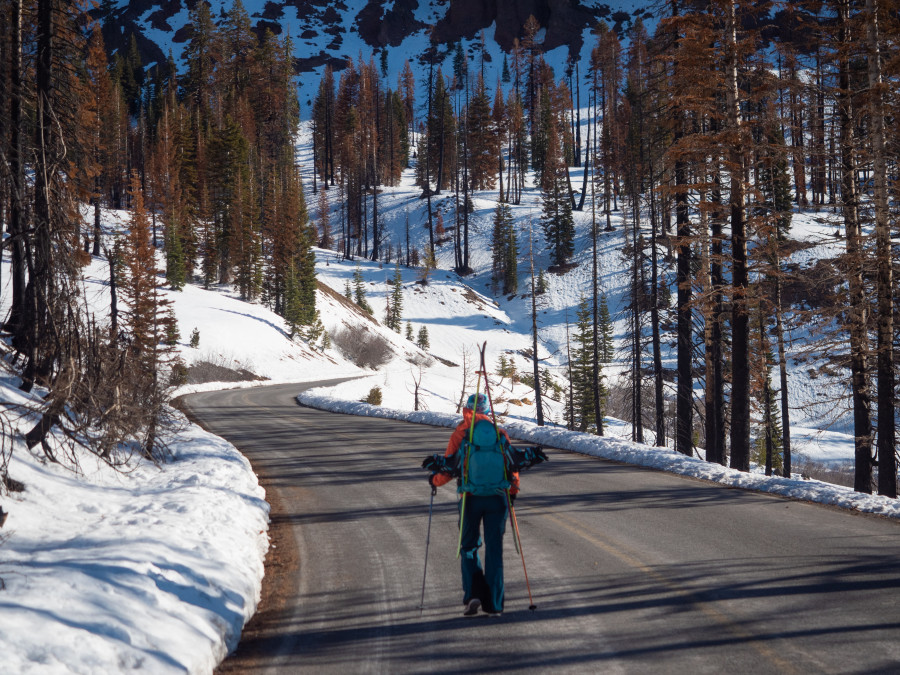 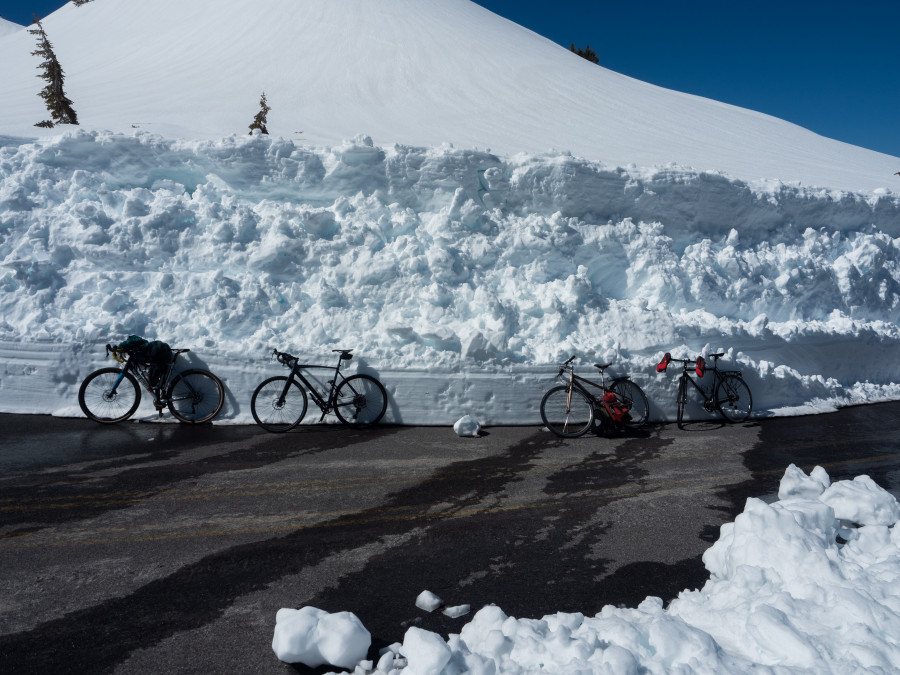 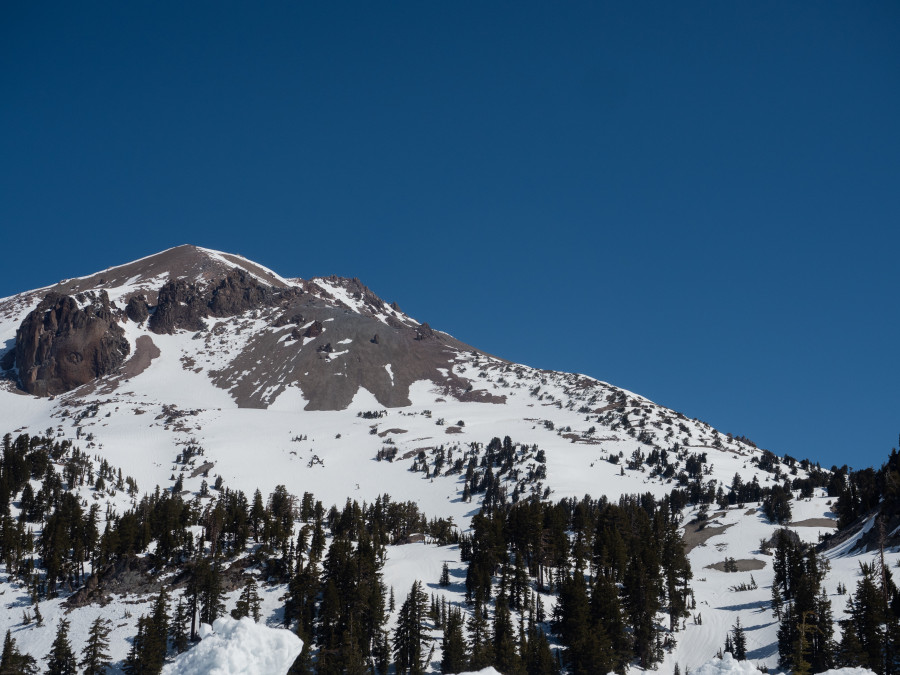 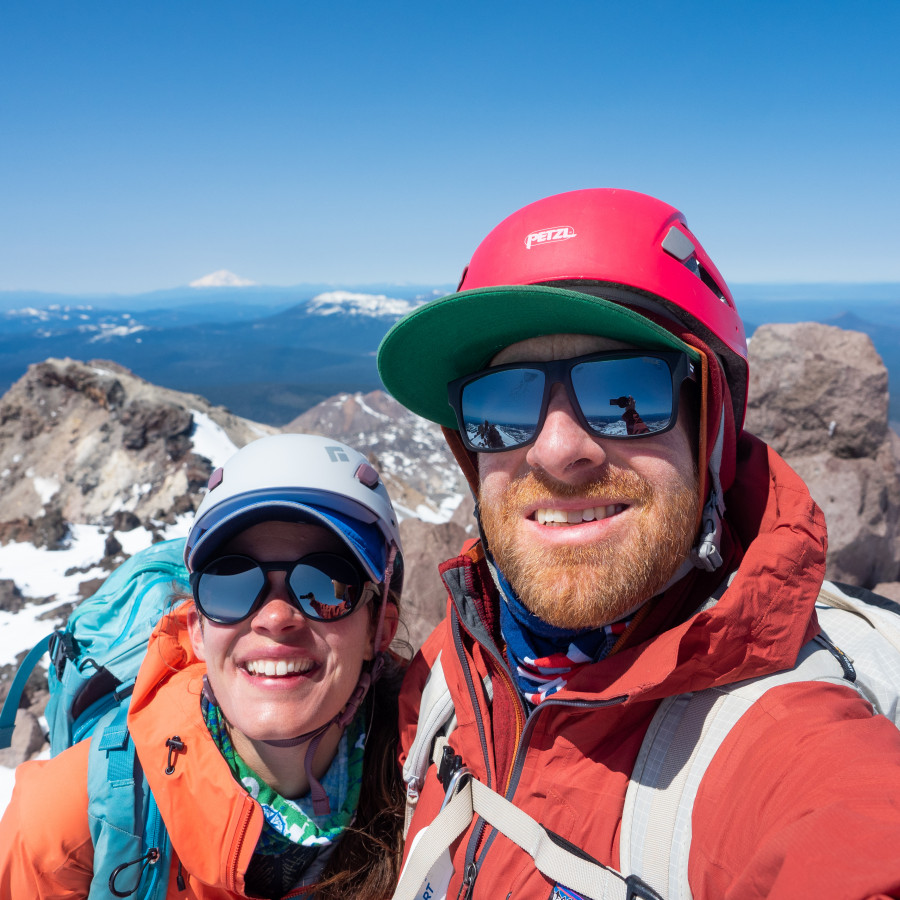 Cool report. My one time up Lassen we were beseiged by massive swarms of butterflies, which was really cool. Got food poisoning from pizza that sat in our hot car all day too, memorable.

How busted is the rock-hit ski? Maybe you can repair. Post a pic.

An update on the ski damage... I ended up using these skis for Shasta on Wed and... it held up fine. Before setting off I did a bit of flexing of the ski. Although it flexes more where the damage is, I didn't hear any cracking, and it seems like most of the core of the ski is still intact. I assumed the ski was toast, but somebody in the Shasta parking lot seemed to think there's a chance that it's repairable. Pictures attached, what do people think? 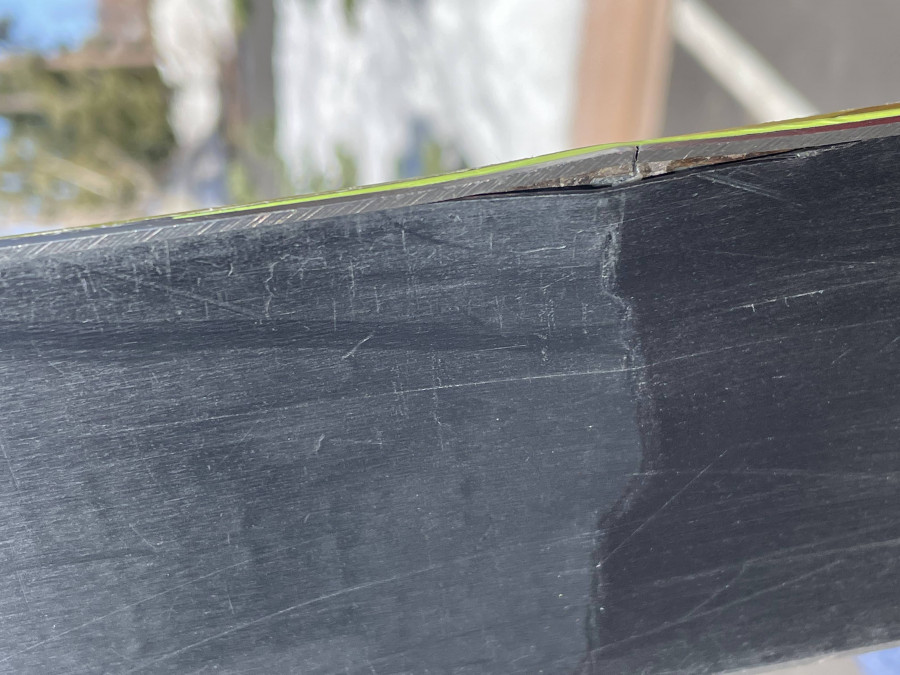 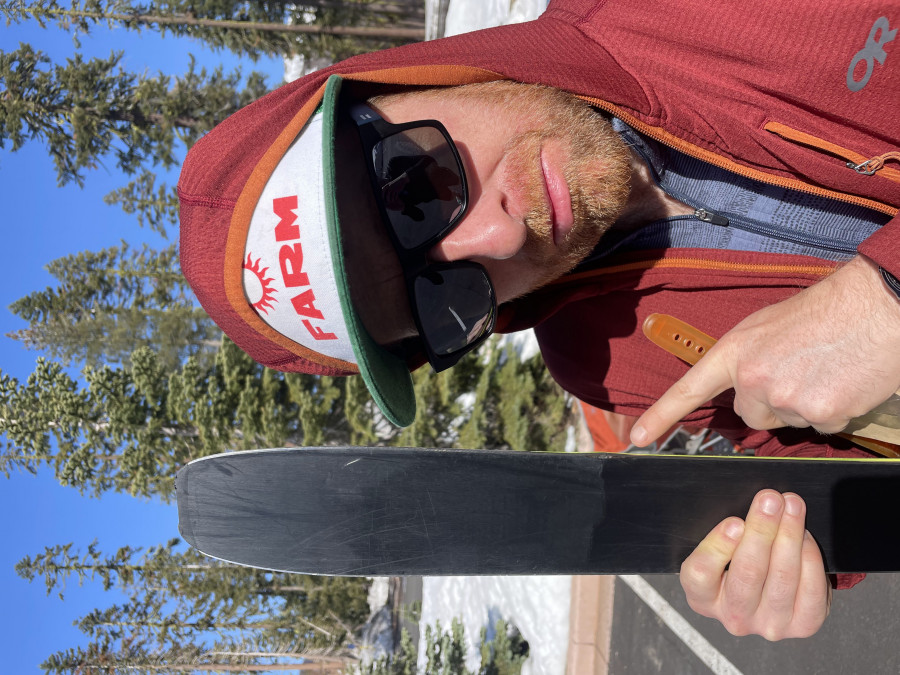 You're lucky the hit wasn't directly underfoot. If it flexes more than usual, the core is suspect. Edge is cracked which isn't great, but from the looks of things the edge seems to have taken the brunt of the hit more than the ski itself. Is that dark/light line on the base near the cracked edge due to the impact or something to do with your skins or wax?

I would try to hammer the edge flat and fill in everything with a slow-cure epoxy, then clamp it all in place with some parchment or wax paper to protect your clamps from the epoxy. It won't be new, but it could hold up for a while. You want to make sure the epoxy gets into all the damaged areas. Looks like the base is pulling away from the core a bit, so you'd want to fill that all in. You could also try an edge repair, but it probably wouldn't be worth it that far down near the tail. Epoxy will hold it all together and prevent water getting into the core and rotting it out.

I wouldn't use them for anything with no-fall terrain.