Parked about 1 mile from the trailhead next to 100 other cars or so. Skier's approach is just barely skinnable without carrying, although we had to take skis off briefly on the way down when we lost the trail. Word is the summer trail must be hiked to treeline before it's skinnable.

The glacier is nicely covered and there is a monster trench to follow. We passed two groups taking breaks in the icefall hazard zone below Colfax. It's always good to remember not to stop there. We skinned to the Deming saddle then booted to the top. I didn't need crampons or my axe for this. Ski crampons were great earlier in the morning.

The snow got a hard freeze and there was a light breeze out of the N which kept it from over-softening. The foot+ of new from last week was evident on the glaciers where it is still consolidating. Roman wall was kind of funky old pow with moist surface. Pumice ridge skier-groomed snow was nice corn as we descended (~3:30 pm). There was a section of dry-ish powder below that, then decent rippable transitional snow for a while. Lots of people climbing means lots of tracks, but it was still nice. The lowest snow we skied was best. Stickiness went away and we ripped fast corn turns into the forest. 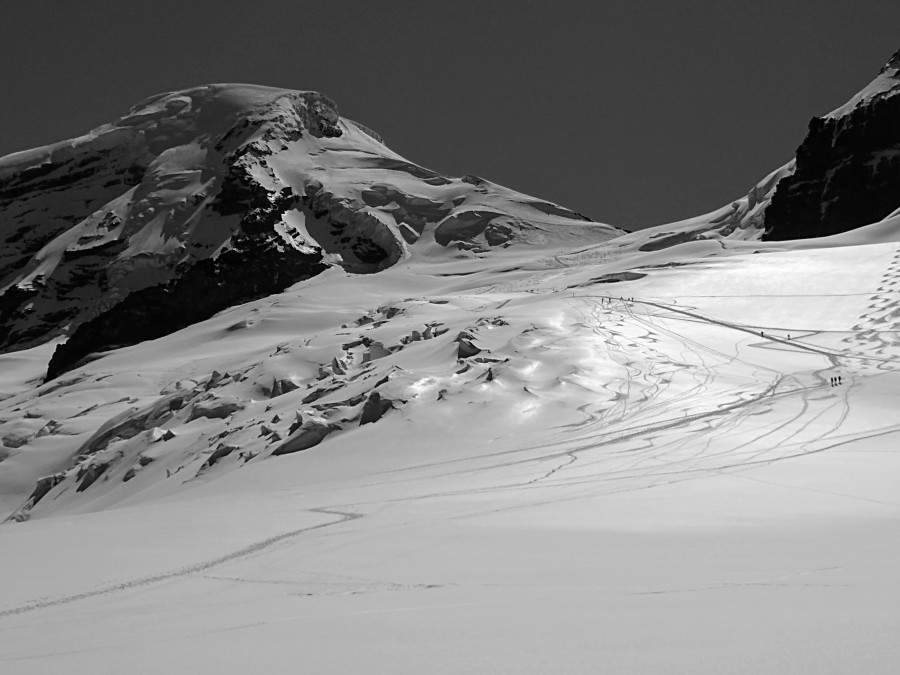 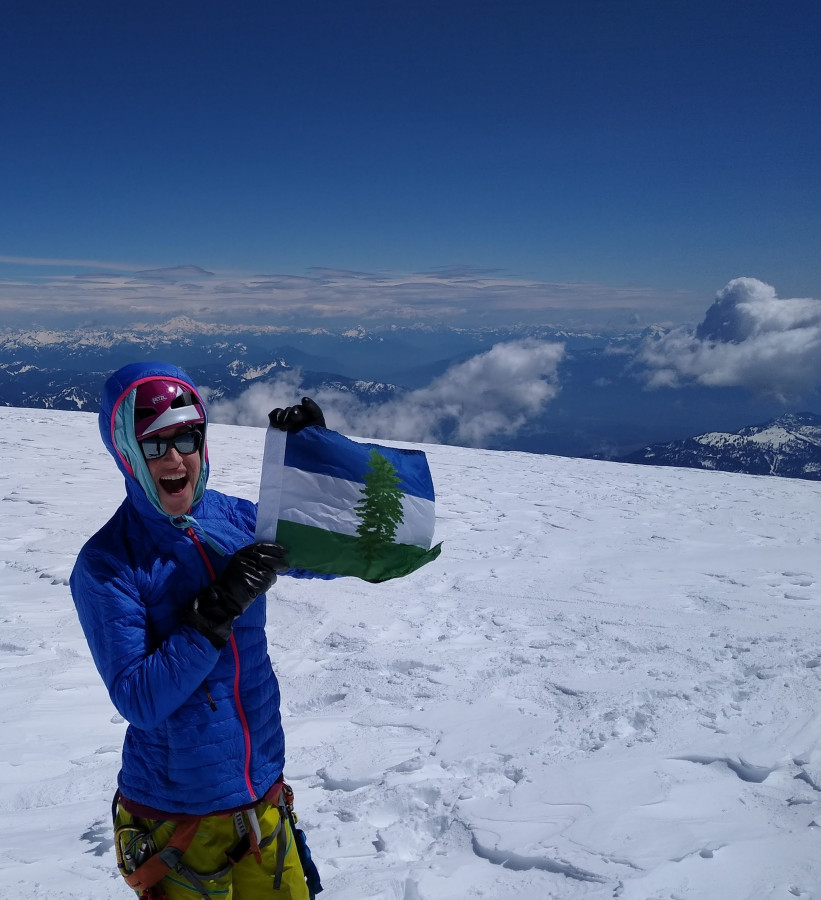 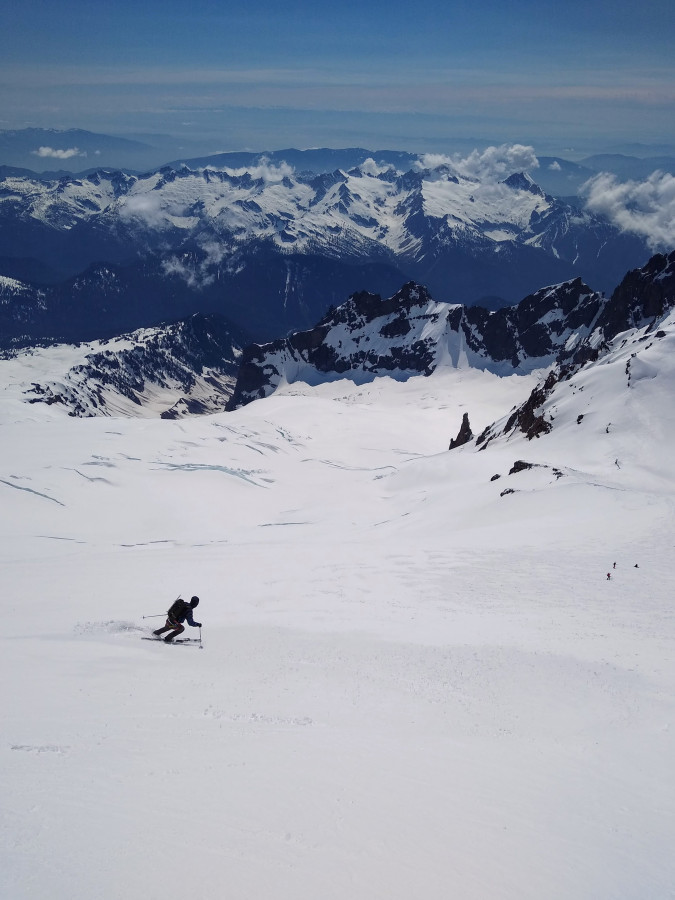 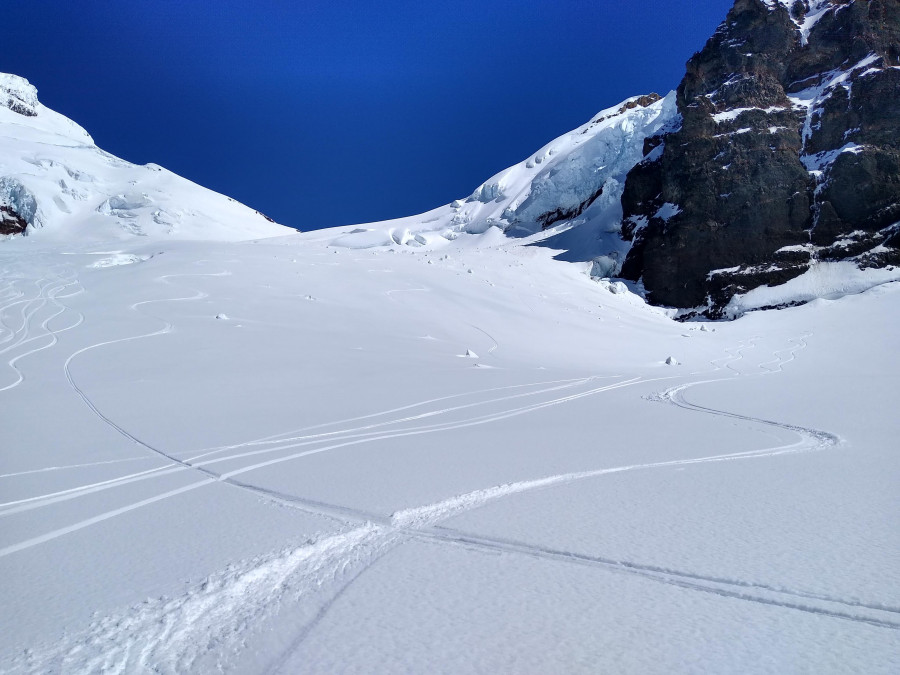 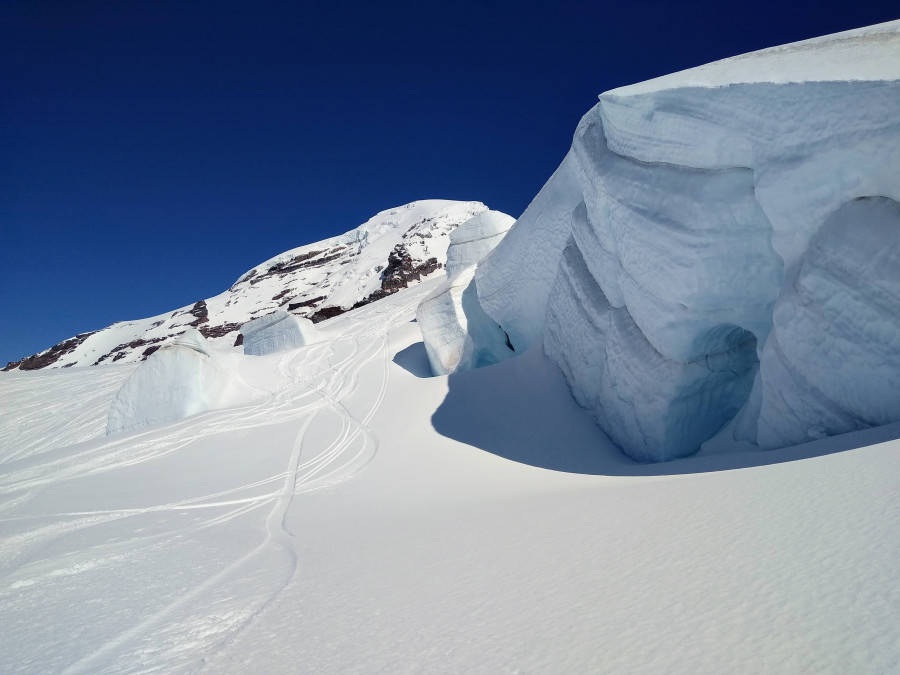 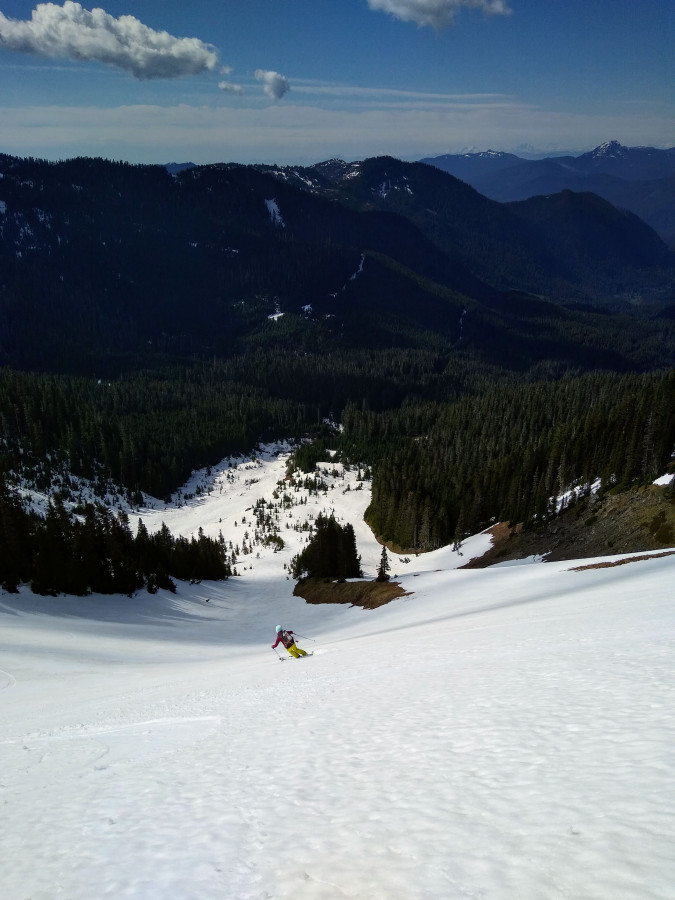 Yes! Looks like a great day. Thx for all the helpful conditions info.