1/12/20
1337
5
Posted by mikerolfs on 1/13/20 12:32am
Mission got 2" over two days with a sunshine break in the middle of the storms. With this new snow came a constant gale of 35mph over the ridge. All the snow that fell toward the Ellensburg side of the Wenatchee Mountains blew to the Wenatchee side, and after getting tumbled up high, fell roughly straight down in the calm below the gale. We measured 60cm of storm snow over the temperature crust from last week. THAT's TWO FEET! We found deep snow from 6500 feet all the way to the base area at 4500 feet. The depth decreased as we got further from the ridge, with 16" measured about mid mountain. This from a 2 inch storm. CRAZY!

The skiing was amazing. Right side up, fist to finger storm snow skied like bottomless and fast snow too. It was truly the best skiing of the season. Some pics... 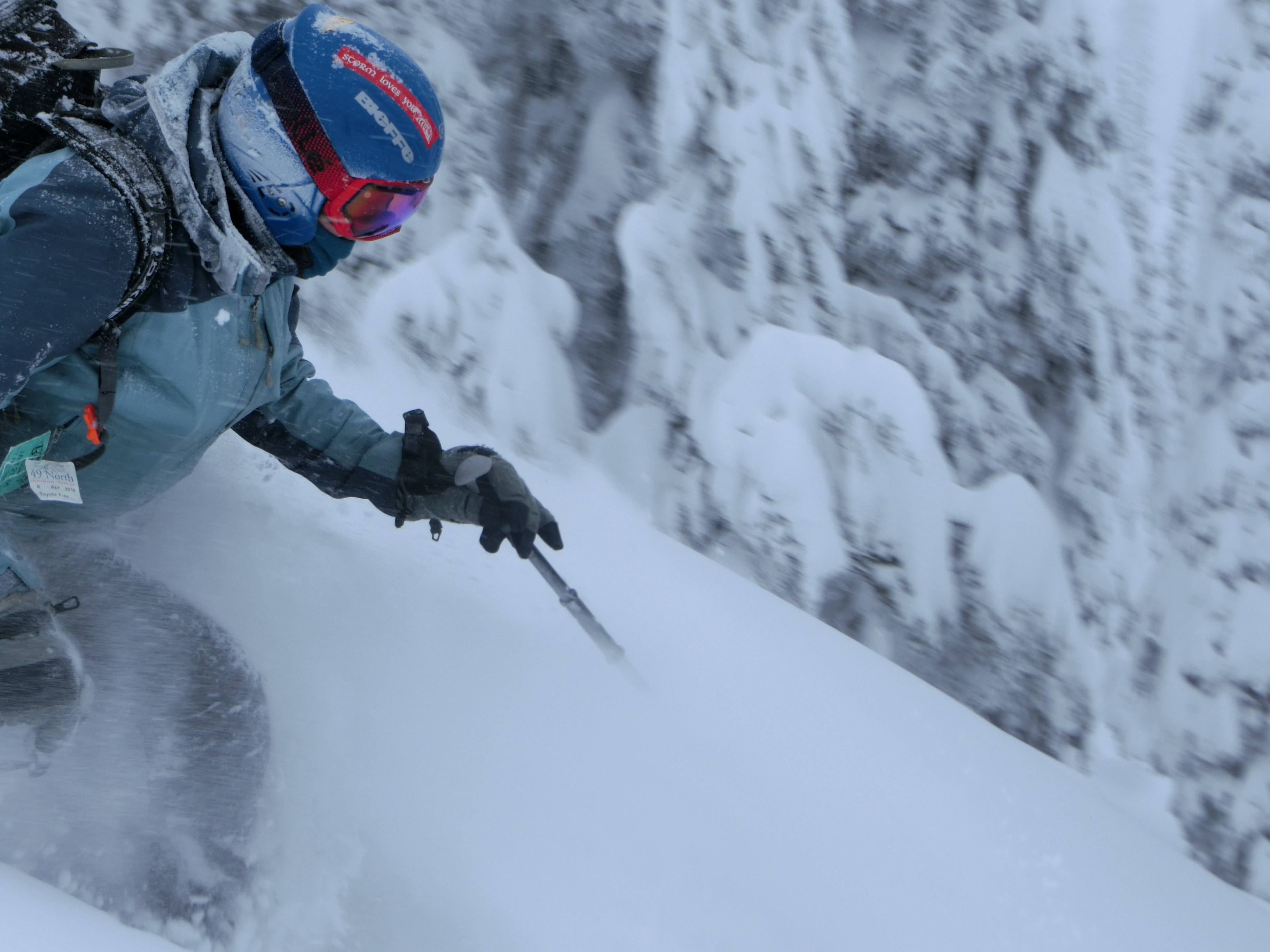 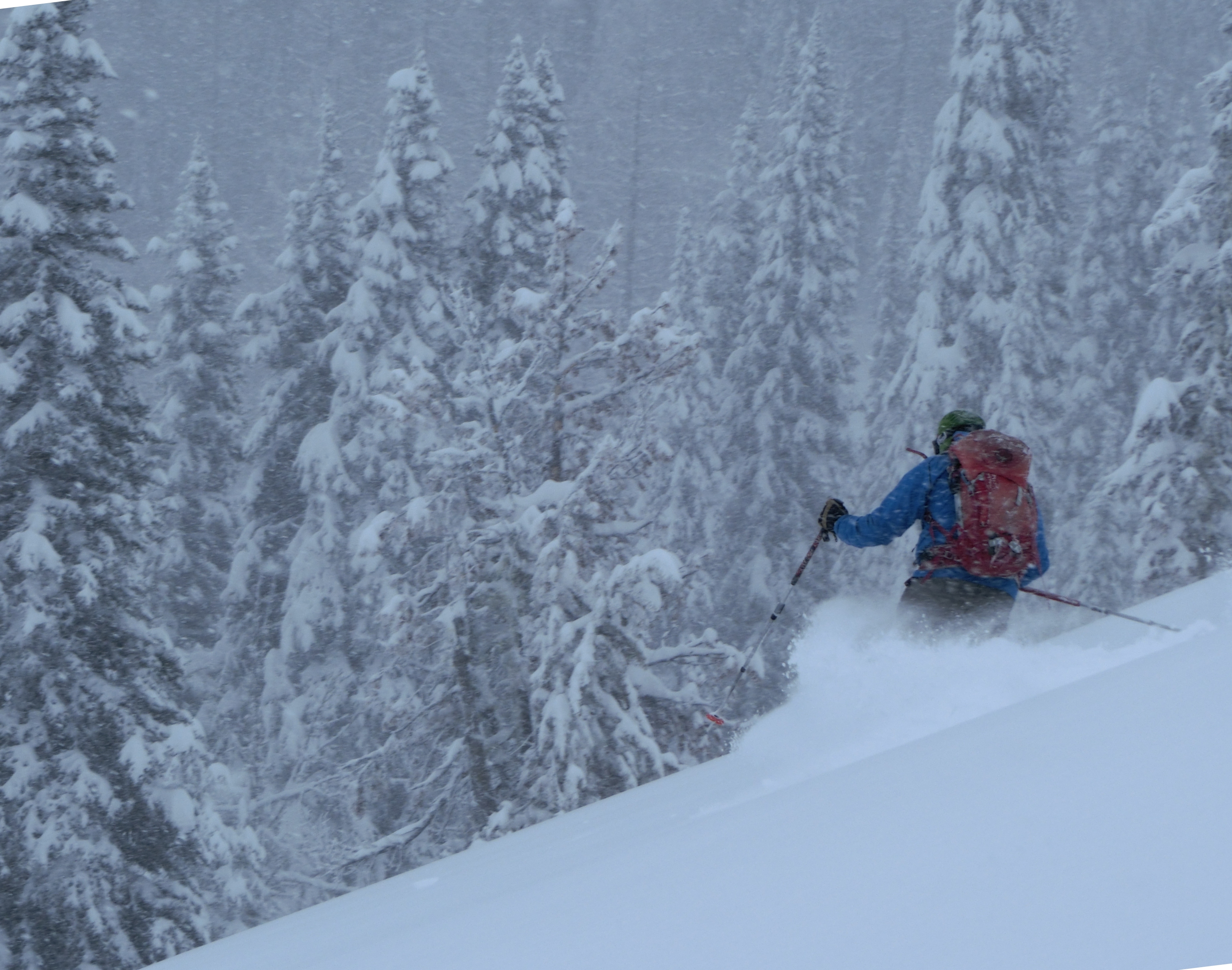 We found a weak layer within the storm snow, we think from the sunny break. The storm snow was sitting on an icy crust which was over buried surface hoar. In a column test, the block failed under the crust, on the crystals. There were several other buried crystal layers too, all sitting on about 5 inches of super compact/icy Thanksgiving snow. We experienced some whoomping. Not a lot. Maybe 5 times over the whole tour. One of those whomps actually triggered a significant avalance about 50 feet downhill from us, below a breakover, on a 38 degree (est) slope. (A slope that we have seen slide before and that we were wary of). Really an exciting avalanche. It took the entire slope and ran well beyond where you might expect the runout to stop. It wasn't a lens that popped out and ran on the surface either. The entire slope, all the way to the debris pile slid, leaving a really consisitent bed surface (which we skied). 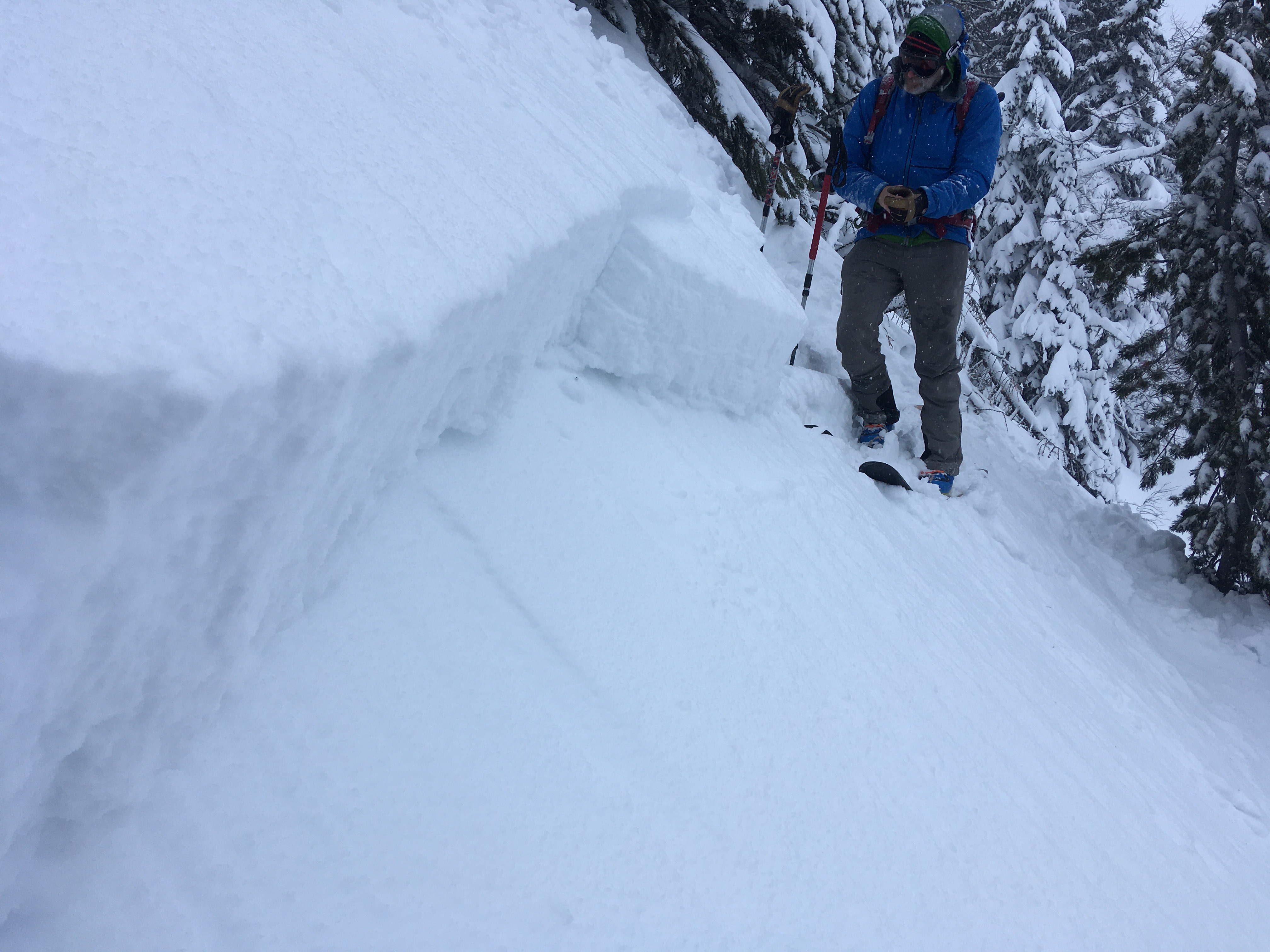 Good skiing and an exciting avalanche should be all you could ask for in a tour, but we got more! We had both brick-a-brack tree debris navigataion and windswept bare patches on exit. I didn't get any of the thick forest bushwack on film, but I did get a shot of the rocks: 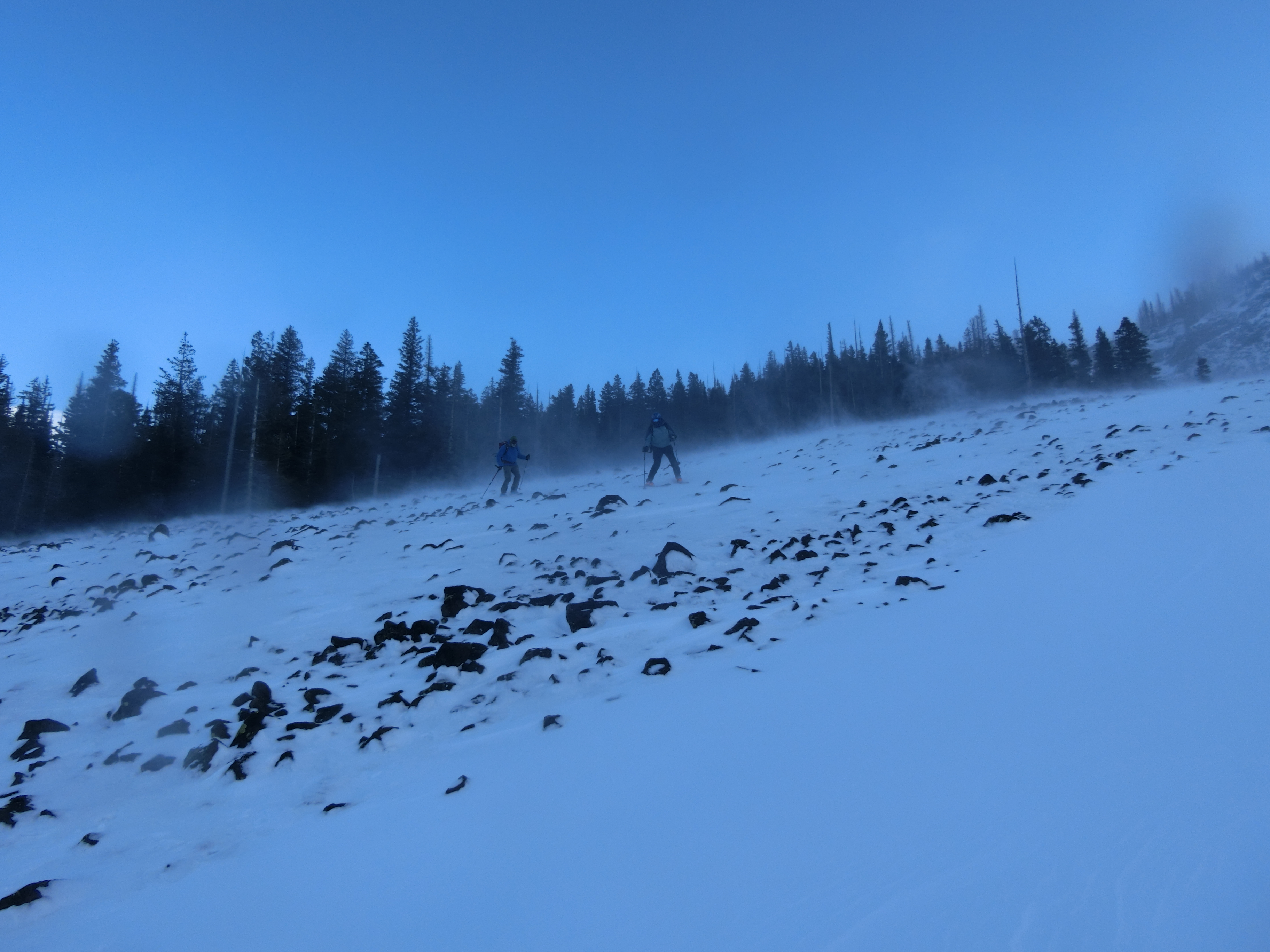 On debrief we were mixed in opinion as to whether this was the best or worst tour of the season. Either way, it was memorable! 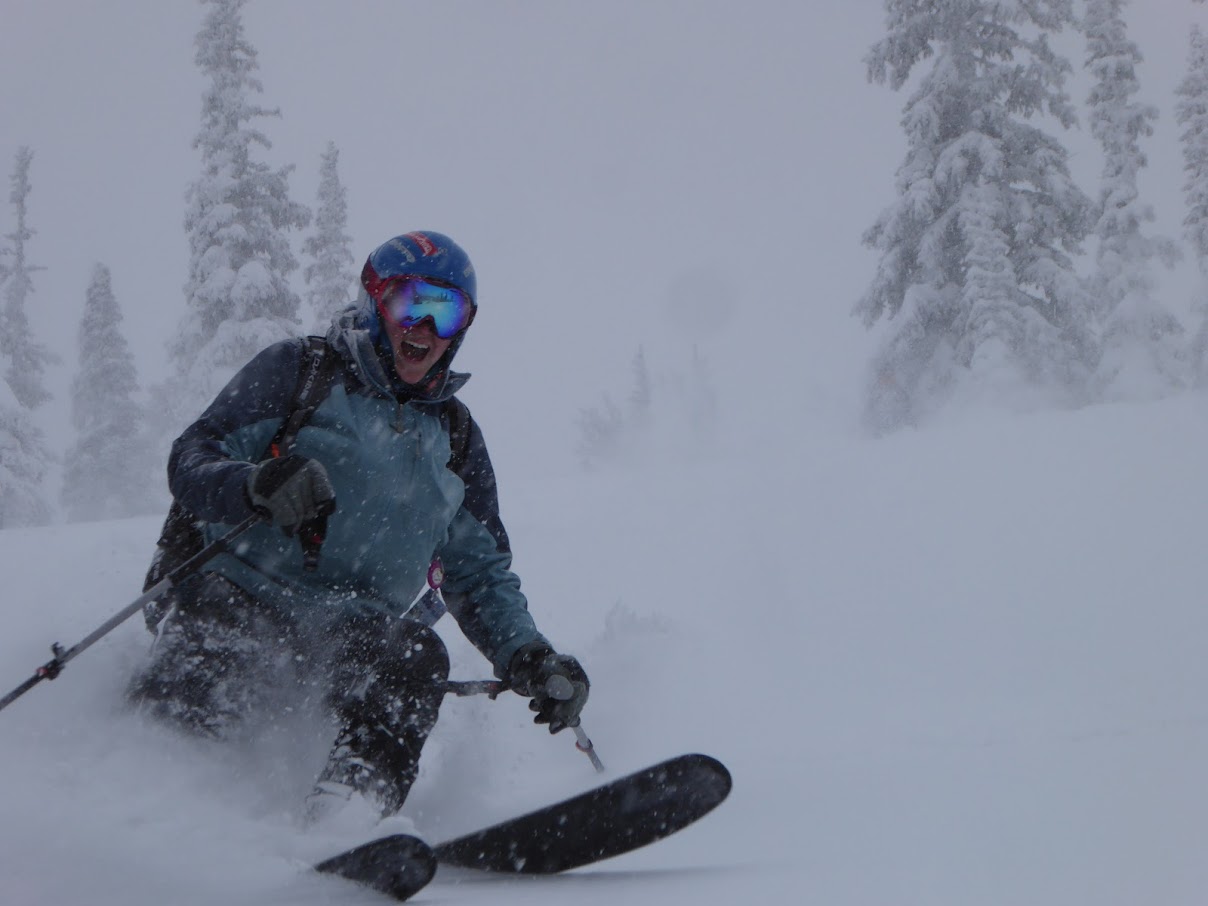 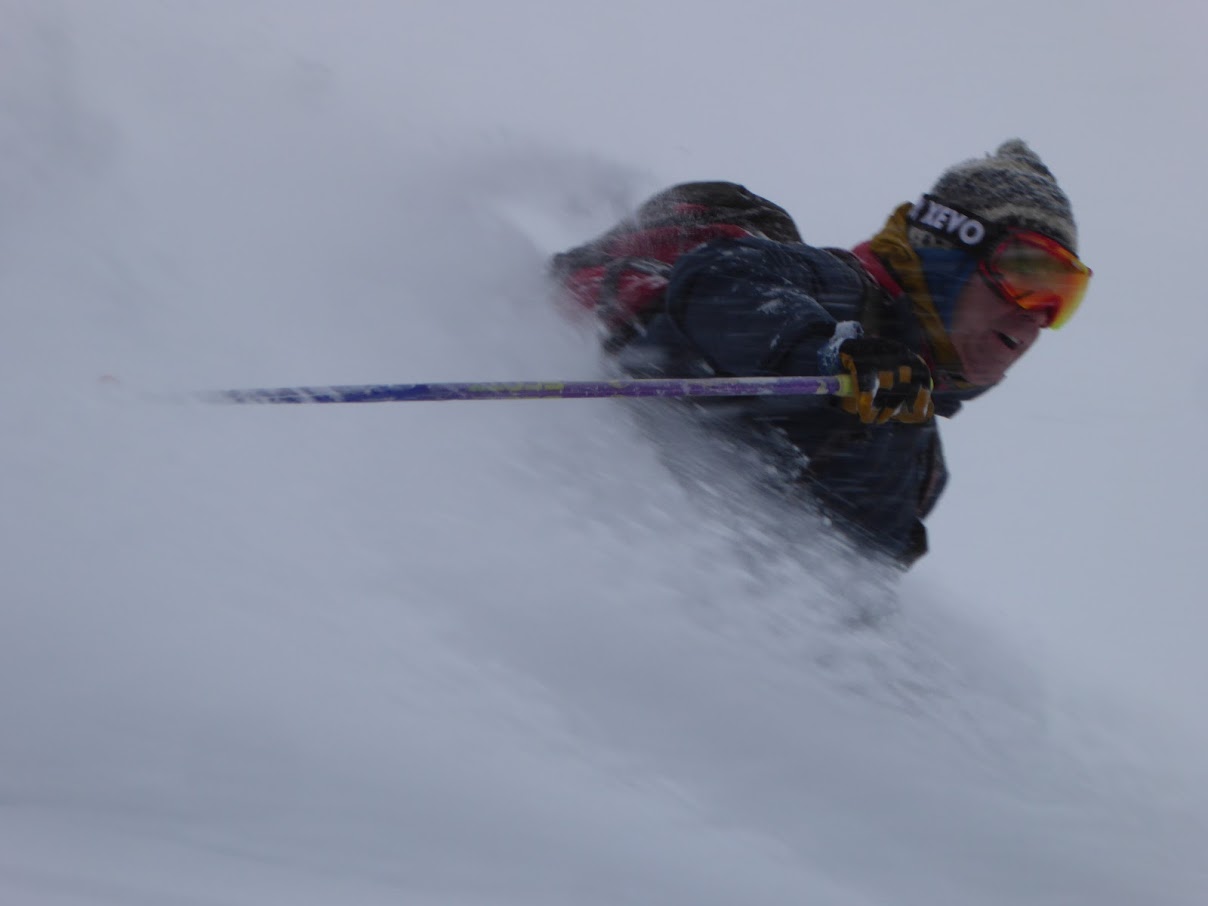 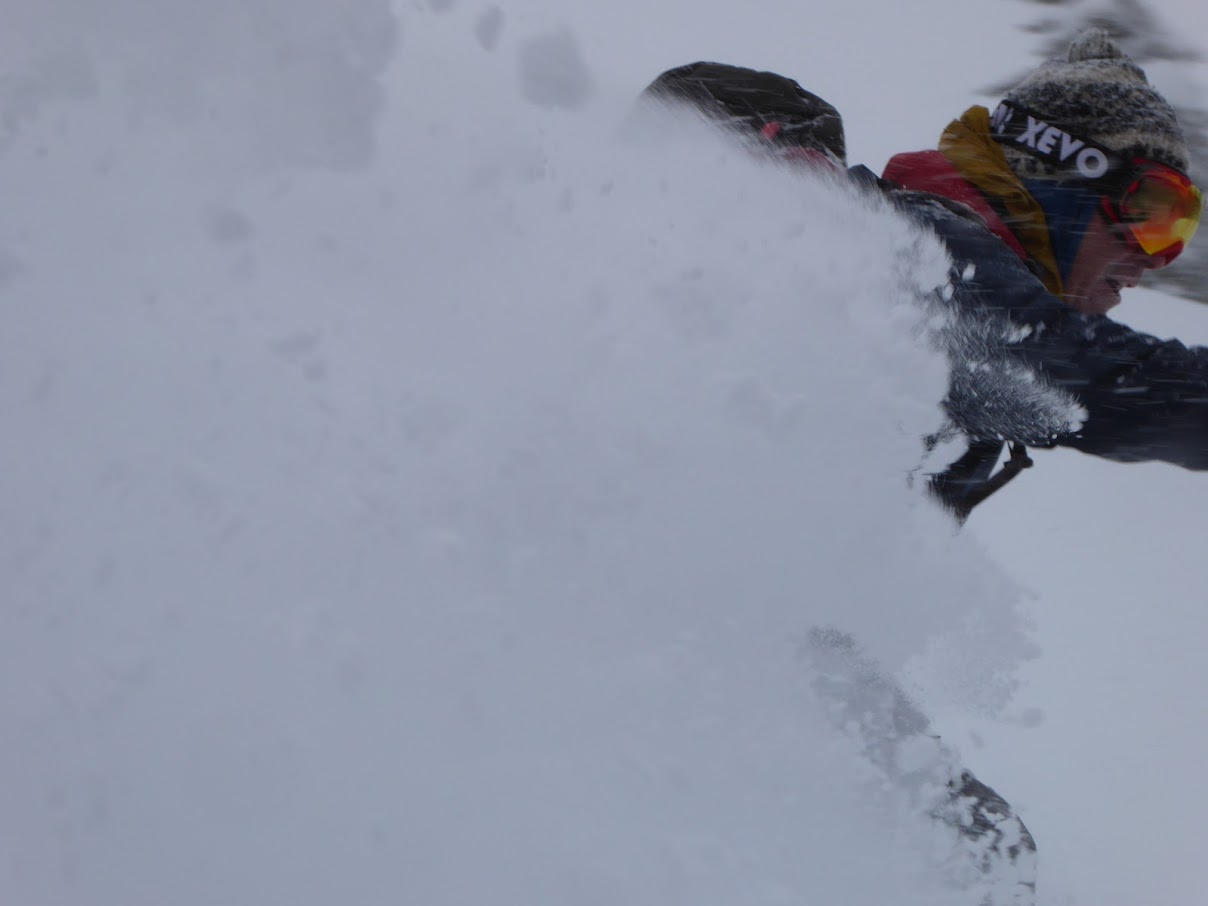 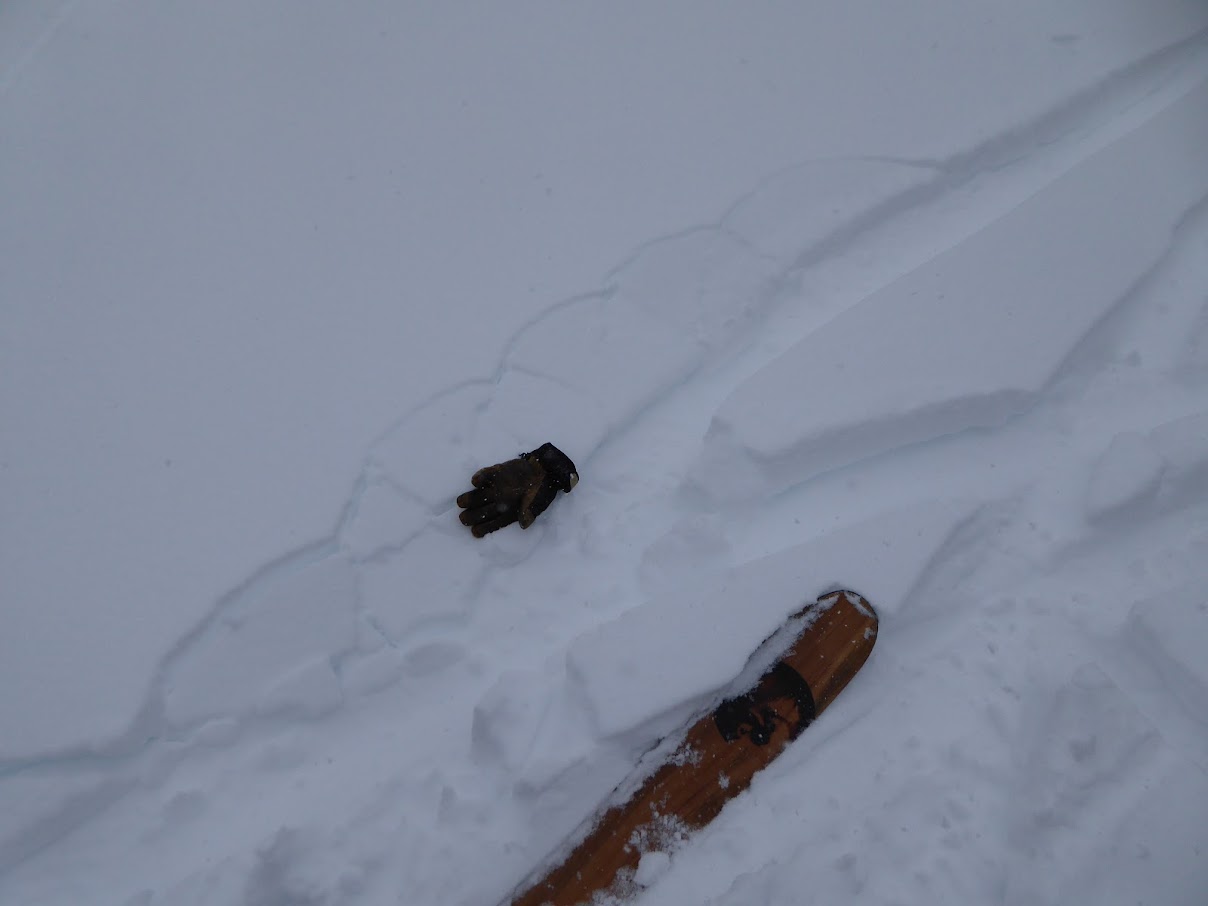 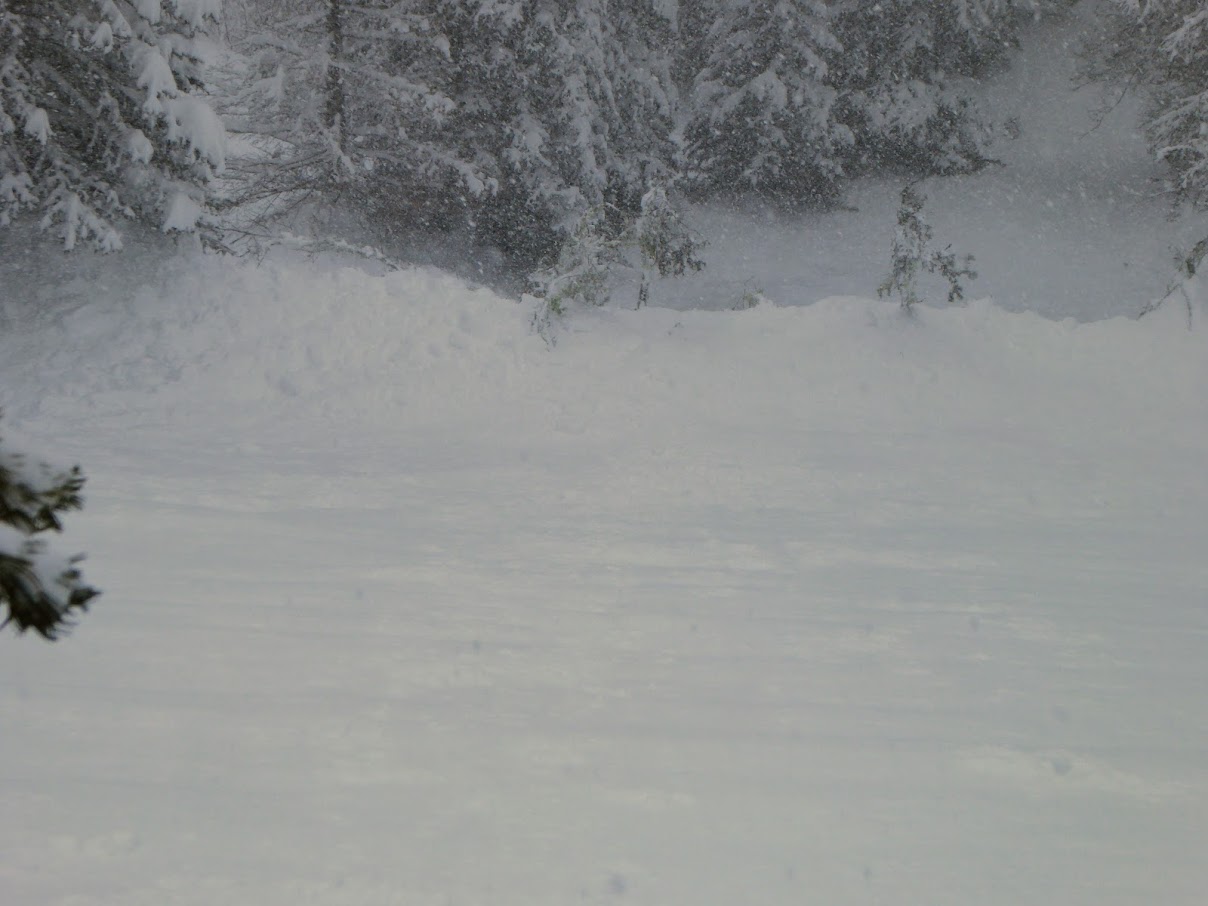 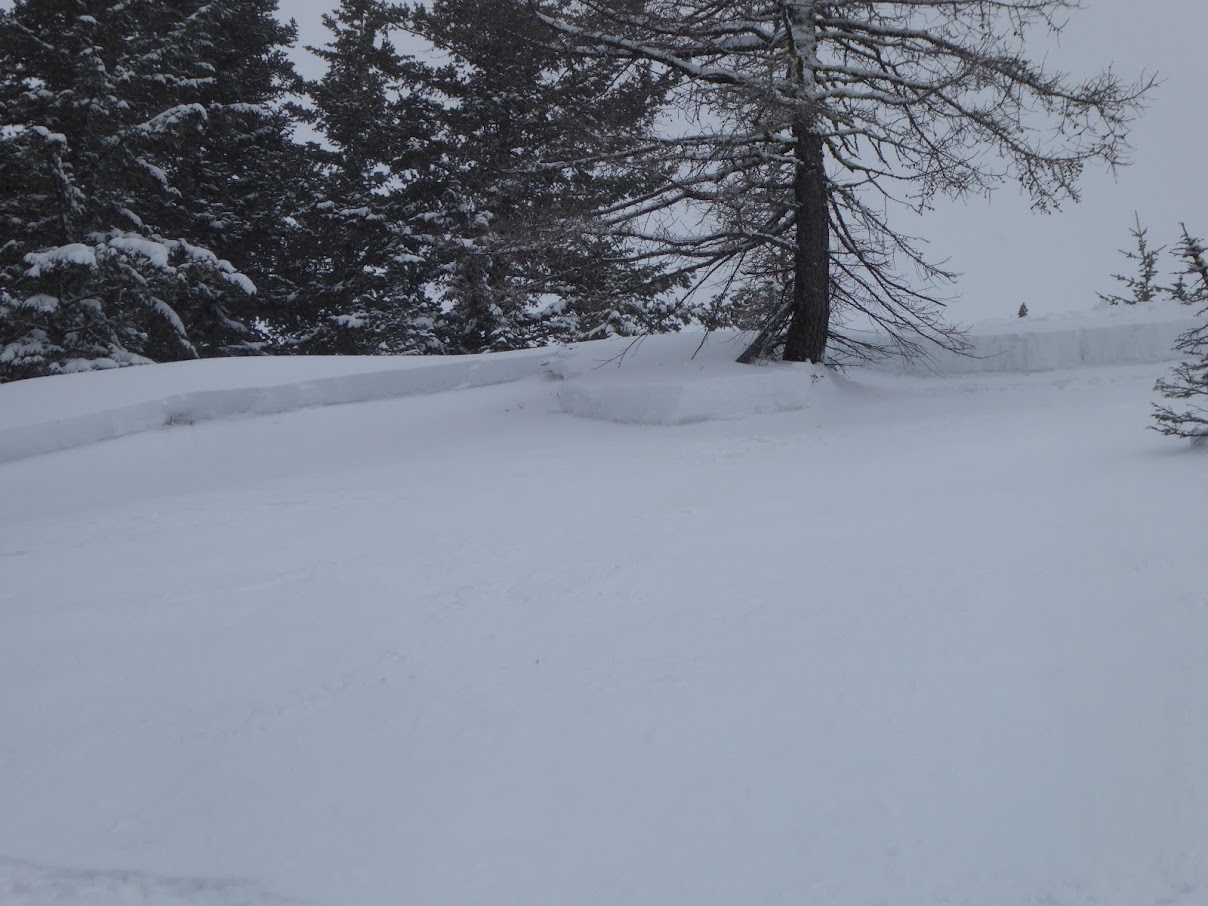