Early season on the dome: Kulshan

I had fun heading onto the Easton glacier twice in the last couple of weeks with Matt and Jesse as my partners. Snow conditions both times were fairly crummy for the down, but I expected that going in. Variable, wind-blasted and crusted snow is expected on a volcano in winter with high freezing levels but a sun that lies low in the sky.

Last week 11/19 we were just able to drive to the trailhead in my Impreza with snow tires. Traction tires were crucial and we slipped out a few times in the deeper snow on the final hill to the parking lot. I think there was about 10" of snow on the road, but it was well-packed with tire tracks helping a lot. On the way out we helped dig an SUV out with our avy shovels. Our low-clearance rig that had no issues caused a good laugh.

Uphill travel was also pretty good. There was skinnable and skiable snow from the trailhead although some skinning and stepping across rocks in the creeks was necessary. Finding water was harder than a few weeks before. Ski crampons were essential on the crusted and icy surfaces higher up. We used boot crampons from about 8900' to the crater rim and roped up. While the glacier is pretty open and many crevasses required end-runs, we crossed no obviously sketchy snow bridges. Overall, traveling up the concave center of the Easton seemed to avoid the most crevassed areas. We skied down from the crater rim at 1 pm since it was time to turn around and avoid any refreezing crust. Plus the Roman wall was an ice sheet.

It was a different feel from the common early-season Heliotrope destination. I'd say the access worked out great: we basked in the sun amongst the ice, and the skiing wasn't too bad either. 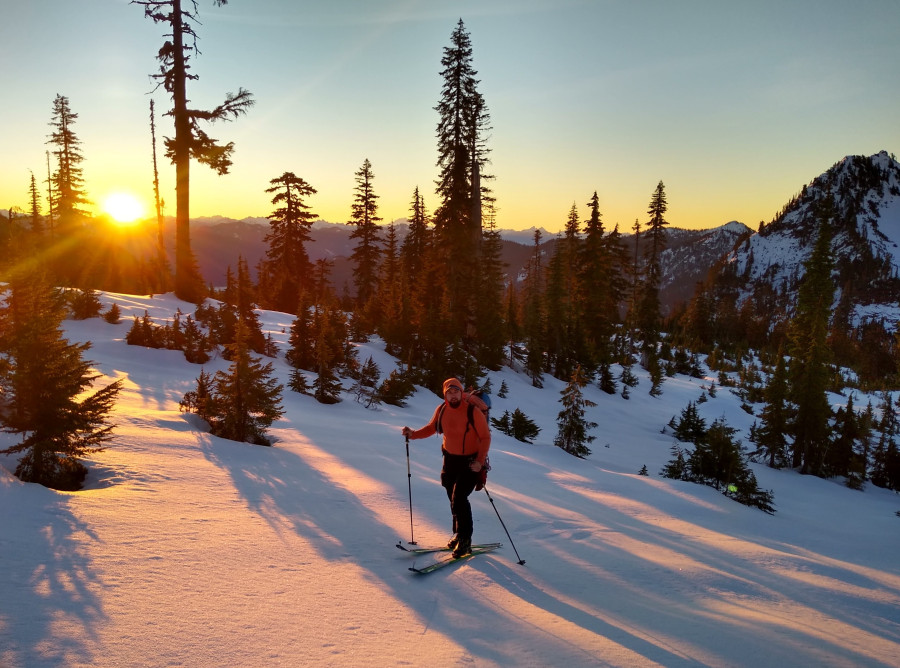 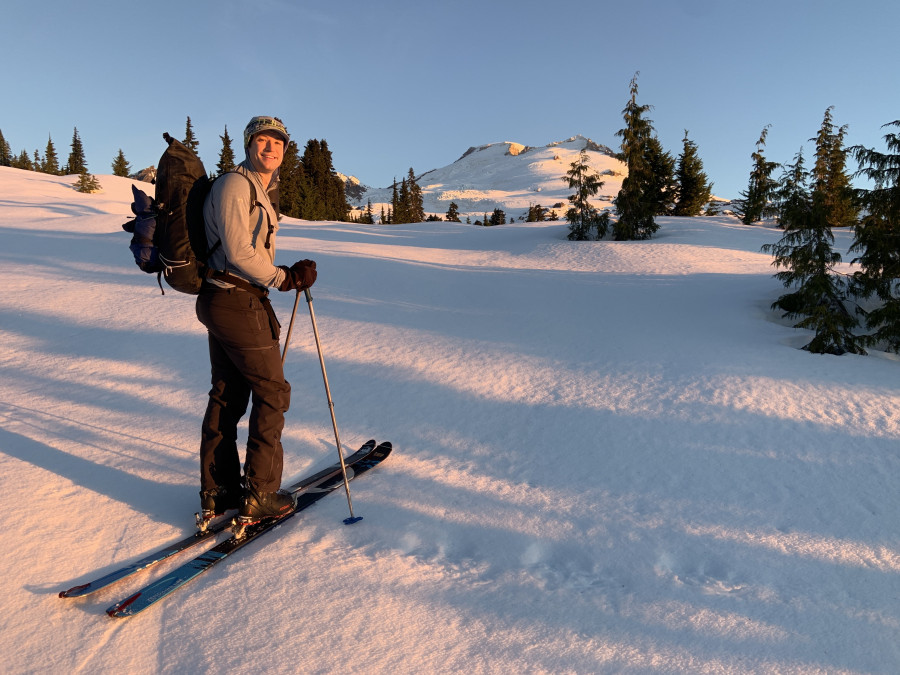 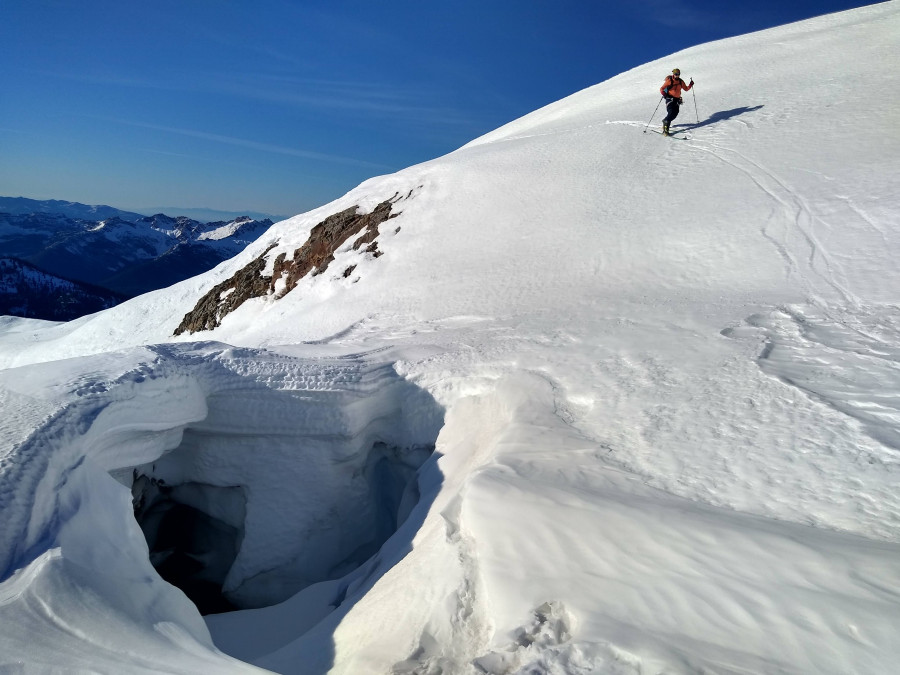 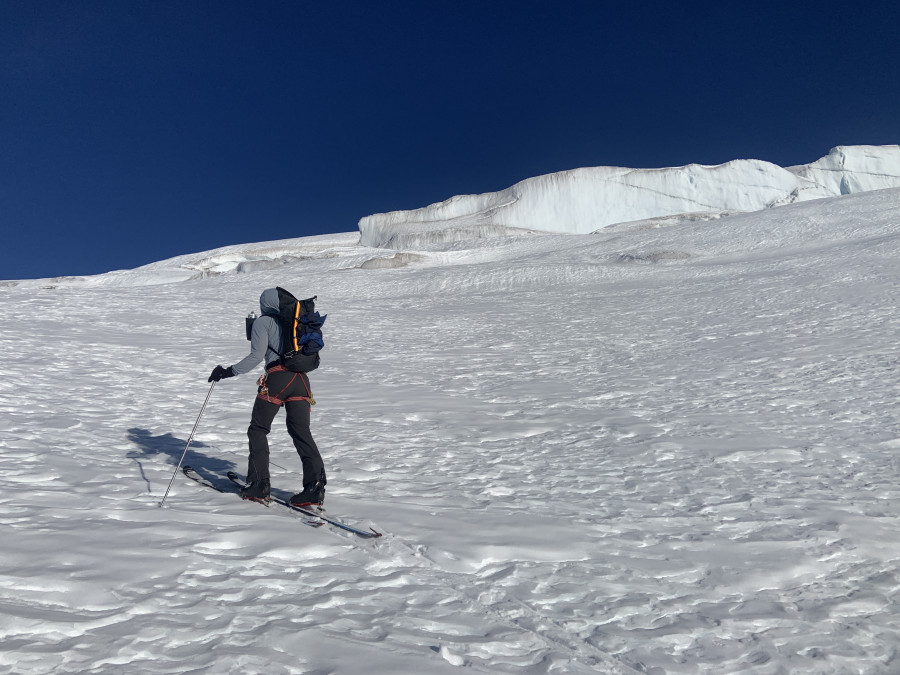 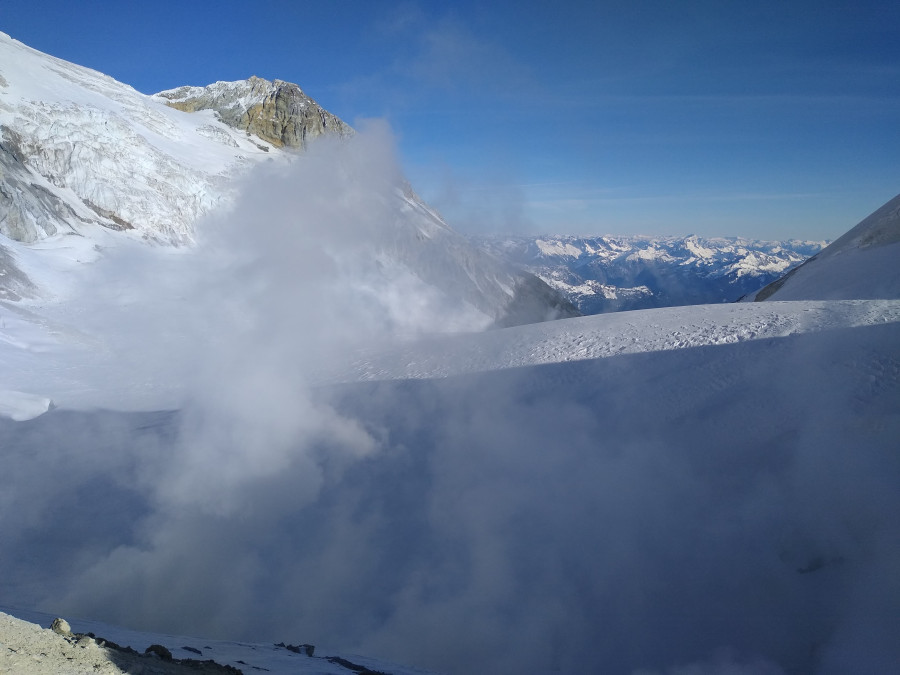 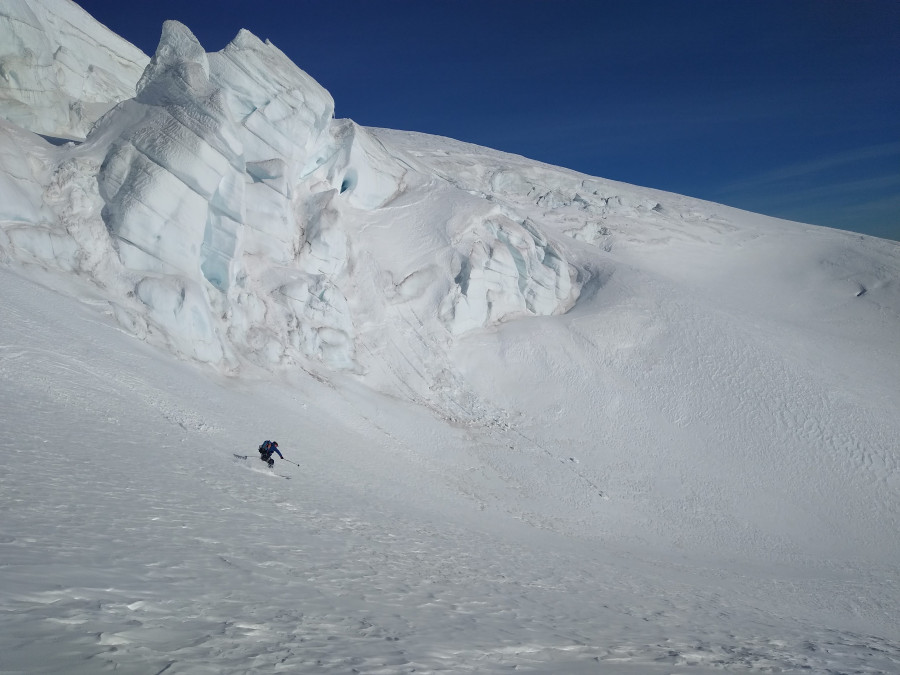 It certainly beats raking leaves!  Thanks for the stoke