I had a nice afternoon ski on N facing terrain above the Bagley basin yesterday with my friend Aaron. We went up to Artist's point and considered topping out on Table from there, but the route was half melted, half not, and we decided to ski down a blueberry chute instead. From the bottom, we set a Seattle-style skintrack up towards the corner of Table. From there, it was easy to gain the meseta above and sample a couple fun lines.

The day was greybird high overcast, for the most part, but the light improved for our later runs. We found fun snow. I wouldn't call it corn, yet, but it was mostly consolidated and skied well, just a tad sticky. Some of the steeper slopes we skied did have loose wet sluffs running.

There are still some big cornices and chunks of snowpack waiting to glide down (and we saw evidence of large and destructive glide avalanches that have occured on Goat and some other peaks), but the surface snow is draining well. At least until this next shot of precip.

An enjoyable day. The only other folks we saw were having a party at the jumps down by the FS cabin and pond skimming. 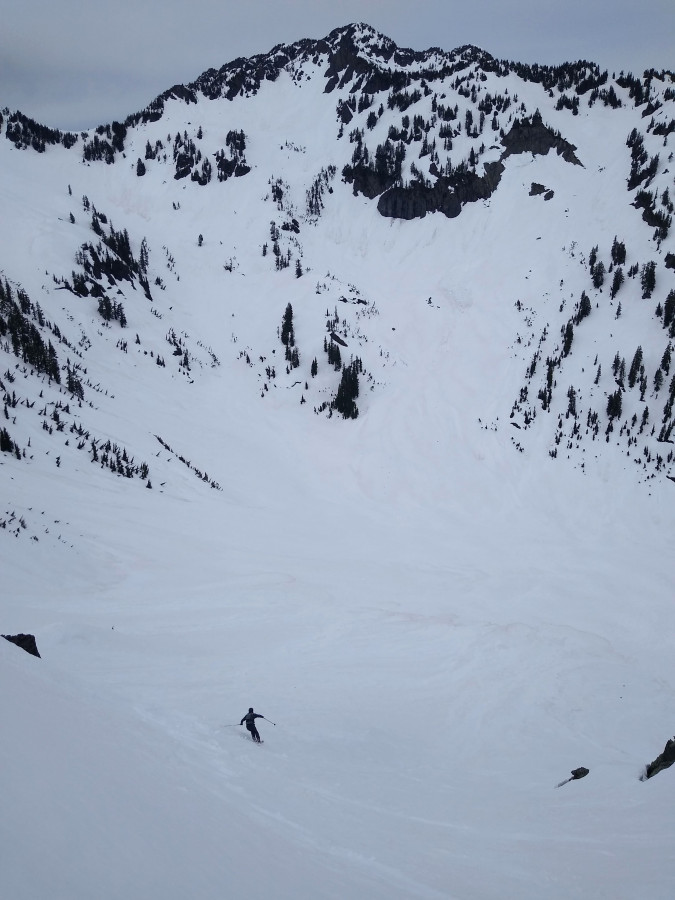 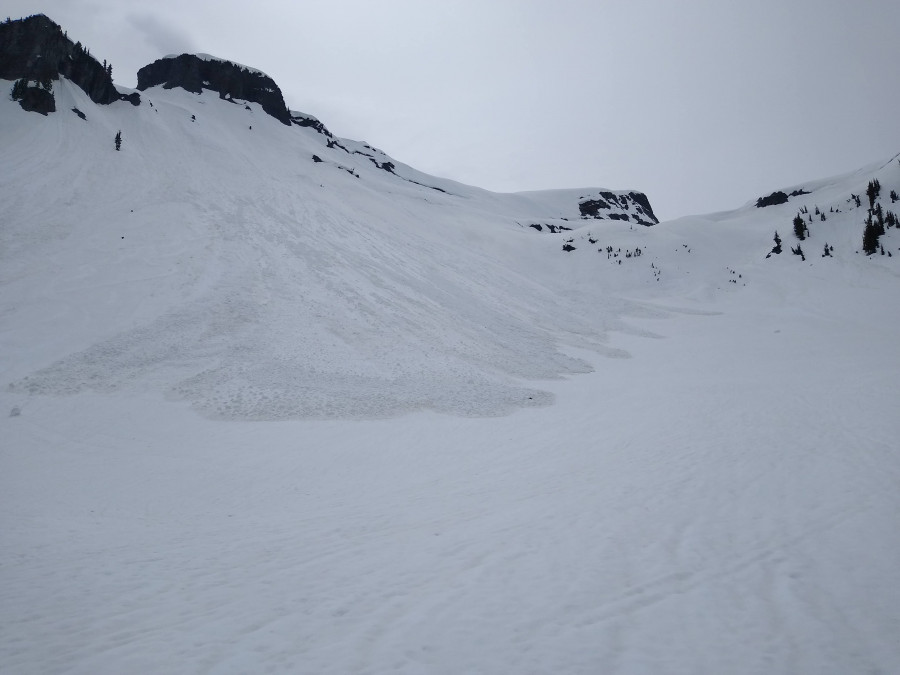 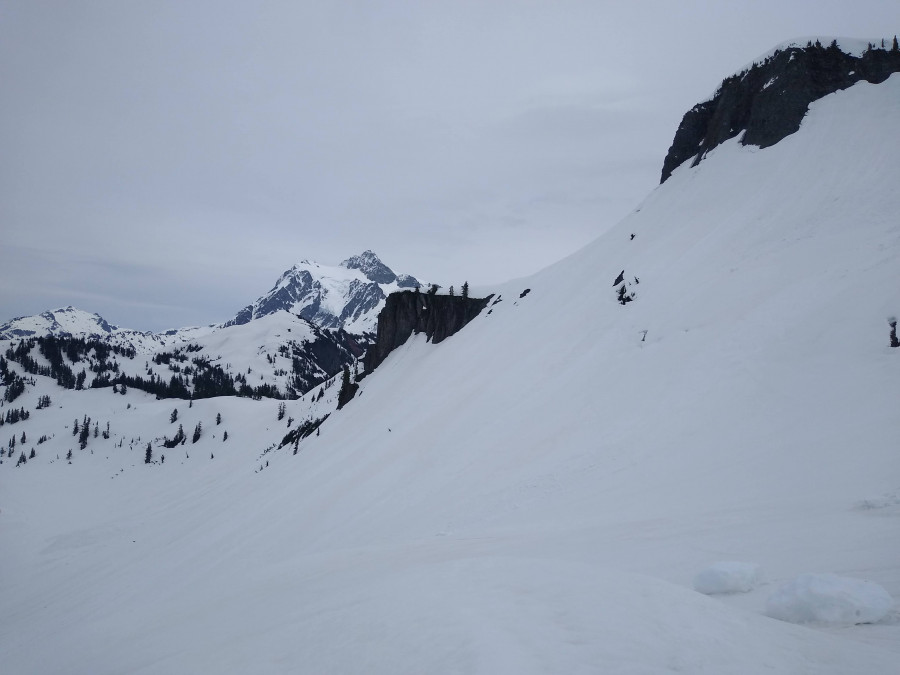