It looked like we may have some decent weather Saturday morning so we headed out to Snoqualmie Pass. The skies were clear, but the temperatures were pretty low. Skinning up to source lake went quickly. There was already a good trail. From there we went up to the Snow Lake divide and up the North side of Chair Peak's East ridge. The destination was Cache Couloir. We soon found tracks leading to the couloir entrance. There were a couple of rocks to avoid at the entrance, but the rest of the couloir had good coverage. The snow was crusty near the top but got better toward the bottom.

Next we skinned down snow lake, then followed a skin track to Chair Peak Lake and Melakwa Pass. We stopped for a quick lunch at Melakwa Pass. The morning had been sunny, but now clouds were starting to build. After a quick, icy, and crusty ski down to Melakwa Lakes, we put skins back on and headed up to Bryant Col. On the way to the col we ran into a larger group that was putting in the skin track. The col was pretty socked in. We peeled skins and headed into the mist. After a few turns we were at the entrance of Bryant Couloir. Here again, we found a few rocks at the entrance, but after that the coverage was good. Below the couloir we kept skiers left where there were fewer rocks visible. This took us back to Source Lake and closed the loop.

Over all the skiing was pretty good. Most places the snow had a breakable crust, but we found a number of pockets of good powder. The weather was great until about 11:00, then the clouds moved in. The views were gone, but that didn't affect the skiing. Snow coverage is good for this time of year, but it's not up to mid-winter levels yet. 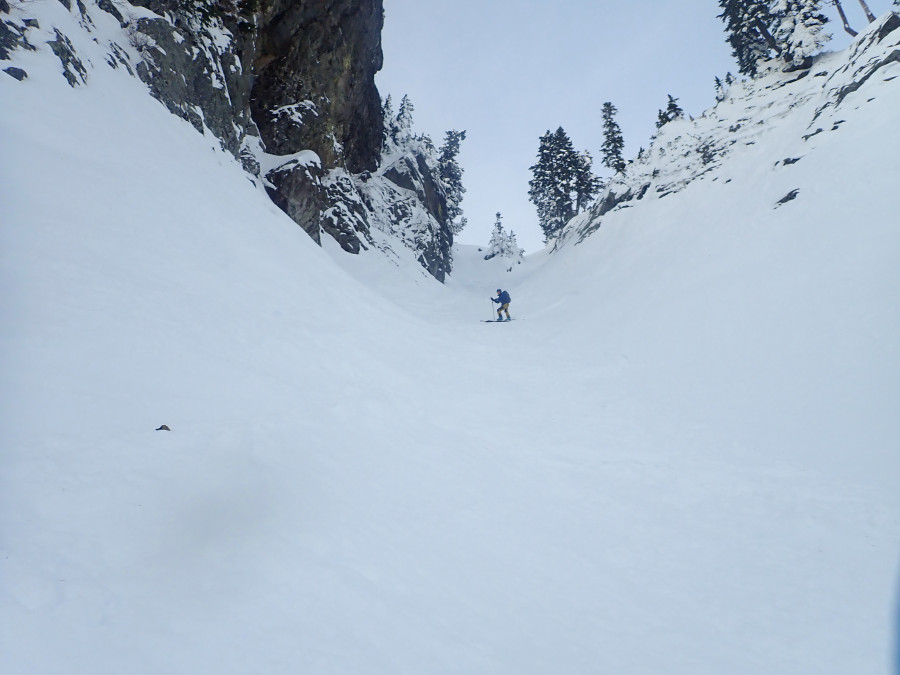 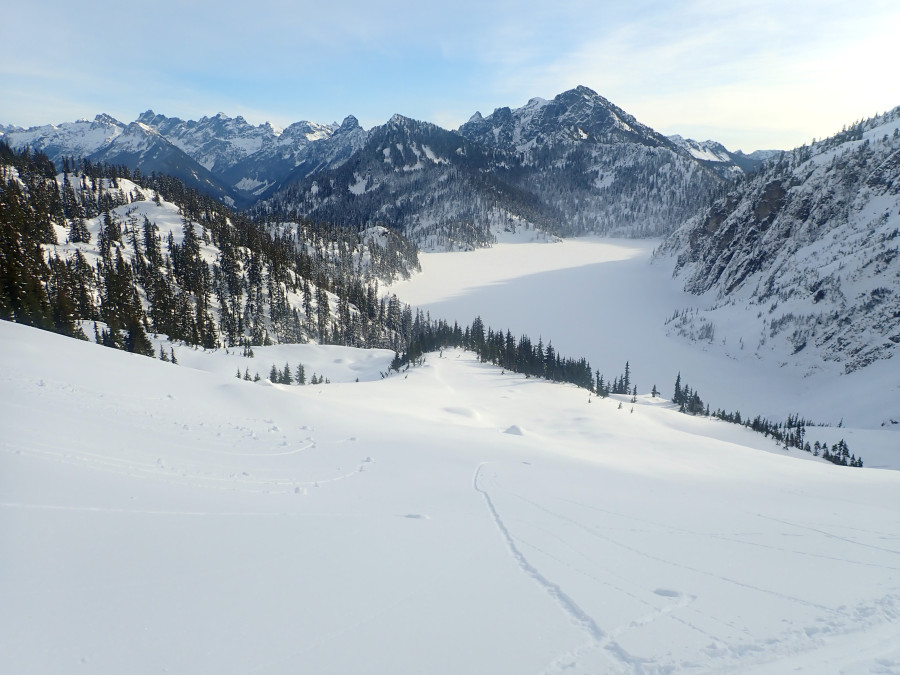 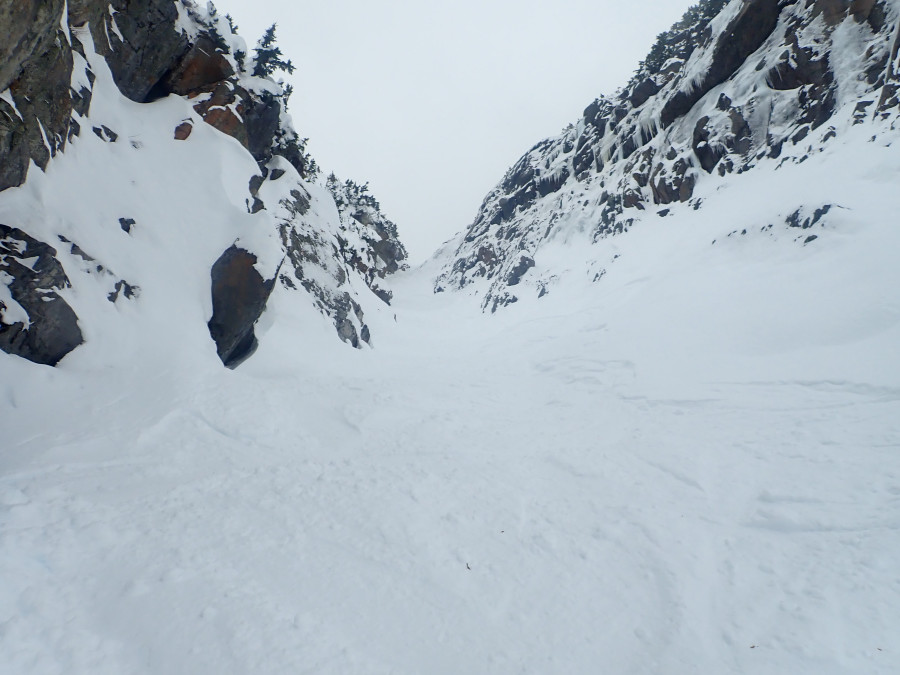 Thanks for the report, awesome area!  Hopefully the coverage will improve and we'll get some soft snow.

Thank you for the report! I’m curious if you experienced any areas of concern regarding avy risk.

We didn't see any signs of instability. We did see some slide debris but it looked old. Now the tour was about a week ago and there has been lots of new snow so things are probably quite different now.