This past weekend Lucas Cairns and I headed up Icicle Rd thinking the weather this far east might be just good enough for some bigger alpine objectives. Snow flurries and limited visibility continued throughout the weekend but we were able to summit and ski the NW Face of Cashmere on Saturday and the N Face of Axis on Sunday. It was the first time either of us had visited this area that lies north of the typical Colchuck & Stuart zones, and we were really impressed with the abundant ski lines, relatively easy access (by Leavenworth standards anyway), and complete lack of people once we turned off the main road.

On Saturday we climbed Cashmere via Pioneer Creek and the south couloir and skied the NW Face. I’ve heard this route referred to as “Victoria’s Secret”. The approach was pretty straightforward. The couloir never softened up, so crampons were helpful and we ruled it out as a ski descent option. We also ruled out the NE Face due to whiteout conditions on the summit. The NW Face, on the other hand, was peppered with rocks poking out through the snow which provided some visual clues to help us pick a line down the upper face and into the big chute that leads to Lake Victoria. Snow quality was decent, not great but much better than the south side of the mountain. From there we skied/bushwhacked down Victoria Creek and returned to the car via Icicle Rd.

On Sunday we headed up to Eightmile Lake and climbed and skied the North Face of Axis Peak. Frozen debris piles from several big mudslides slowed our approach but eventually we reached the lake. From there we skinned up to about 7000’, booted the rest of the way to a col just west of the summit at 7400’, and scrambled along the ridge to the summit. Low clouds limited our views south to the Stuart Range, but looking north we were clearly able to see the massive exposure below us. With all the iconic peaks in the area Axis seems to be totally overlooked, but it’s a really cool mountain with a lot of interesting features and multiple ski lines. Back at the col we enjoyed a nearly 3000’ fall-line descent with excellent snow quality considering how long it had been since this area received any significant snowfall. A high traverse below the lake made things easier on the exit.

For me this was the first stop of a month-long road trip to the Northern Rockies. Over the next few weeks I’m planning to be in the Mission Range and Cooke City, MT, then the Tetons, then the Sawtooths, then some OR volcanoes on the way home. If anyone wants to ski some big lines in those areas please hit me up! 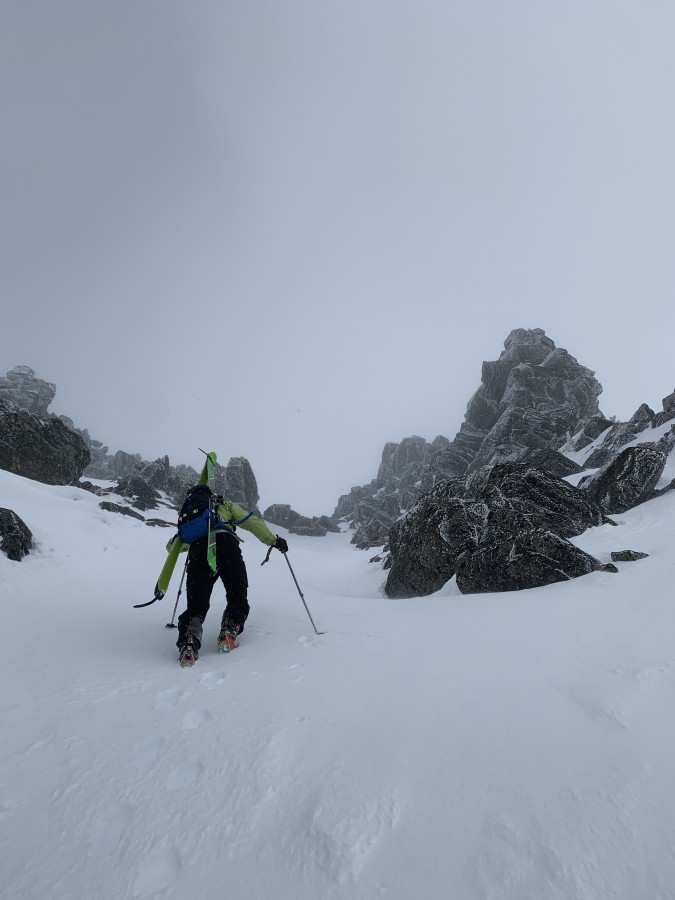 Topping out on Cashmere 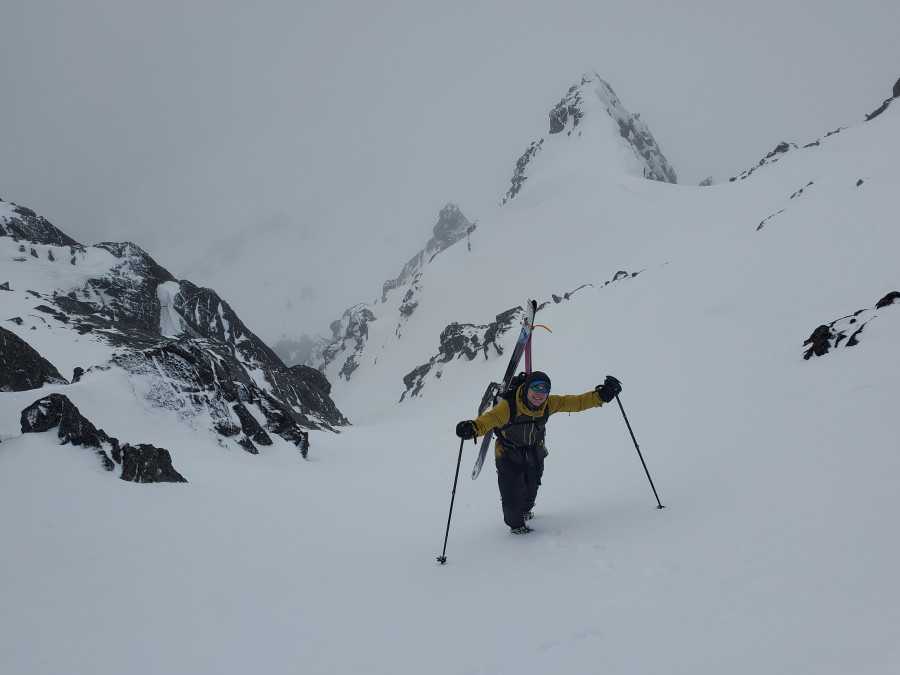 Axis as seen from Cashmere. Our line on right. 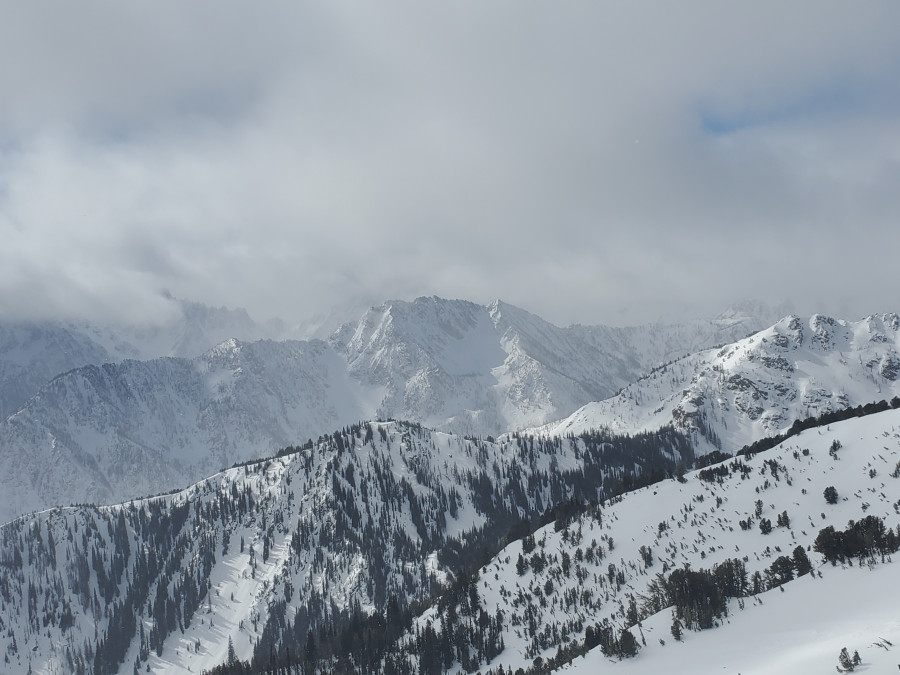 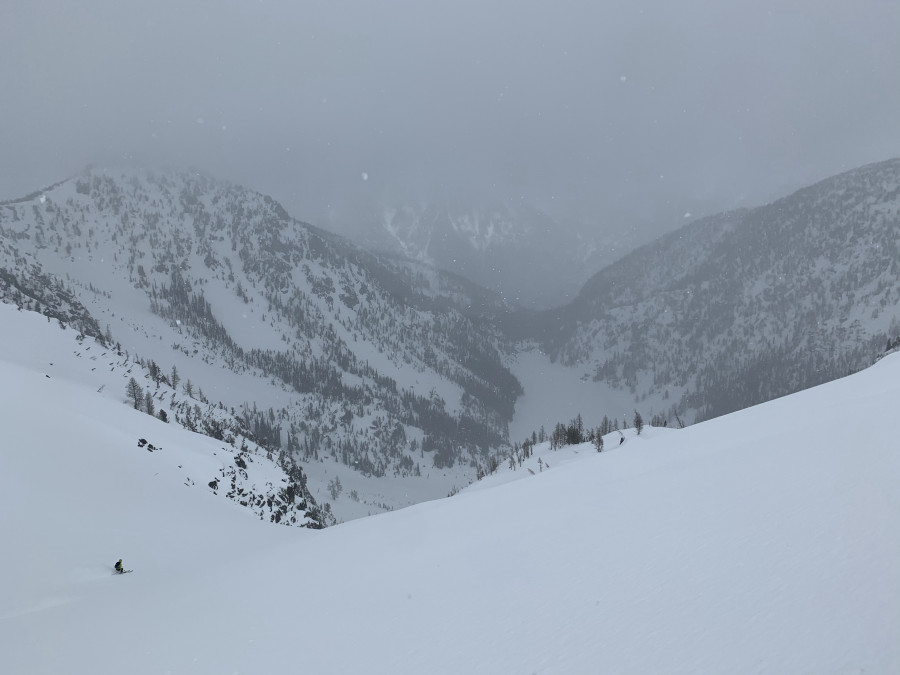 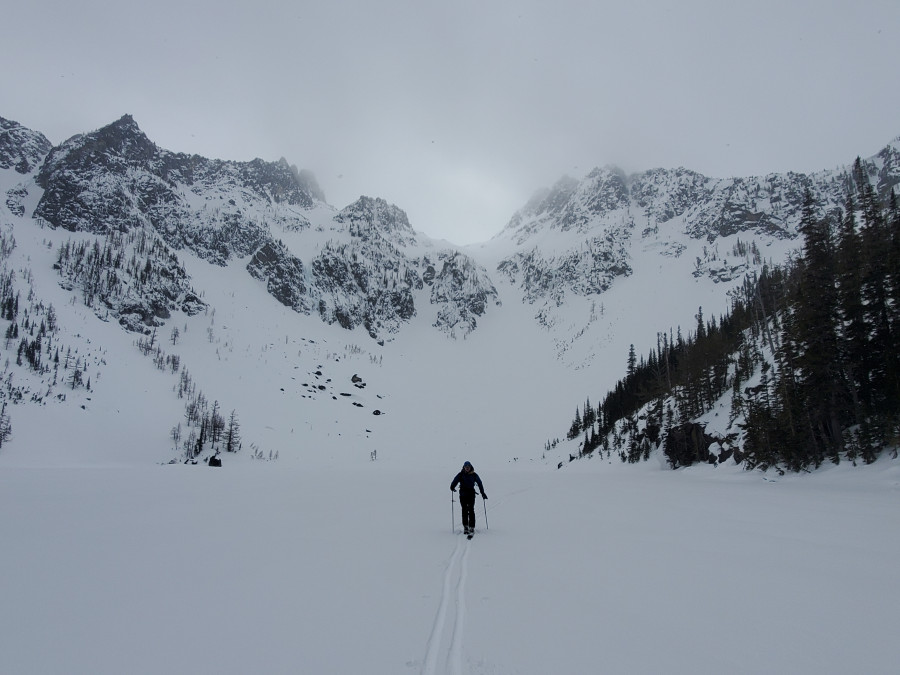 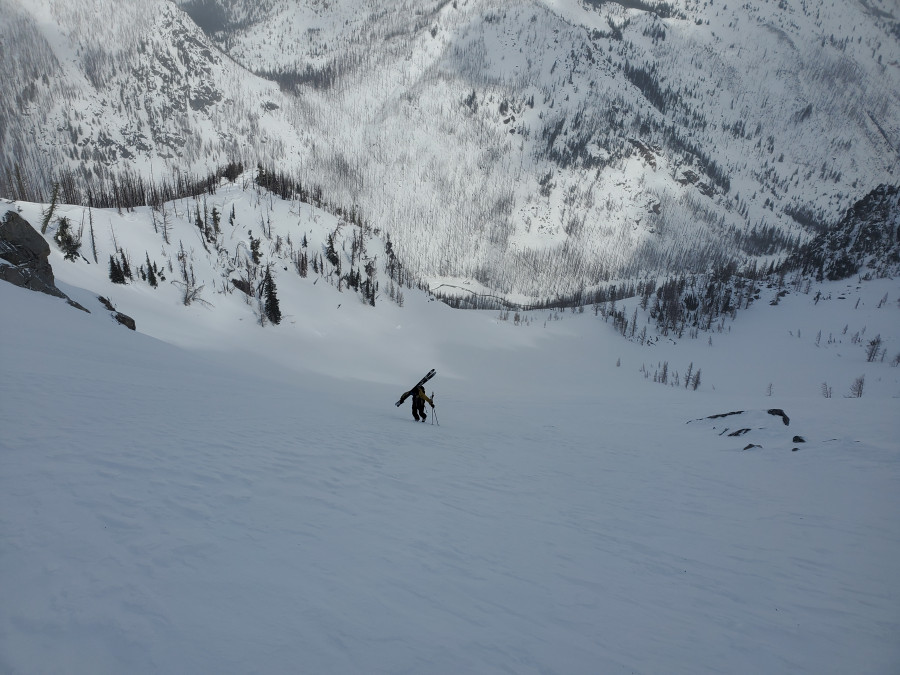 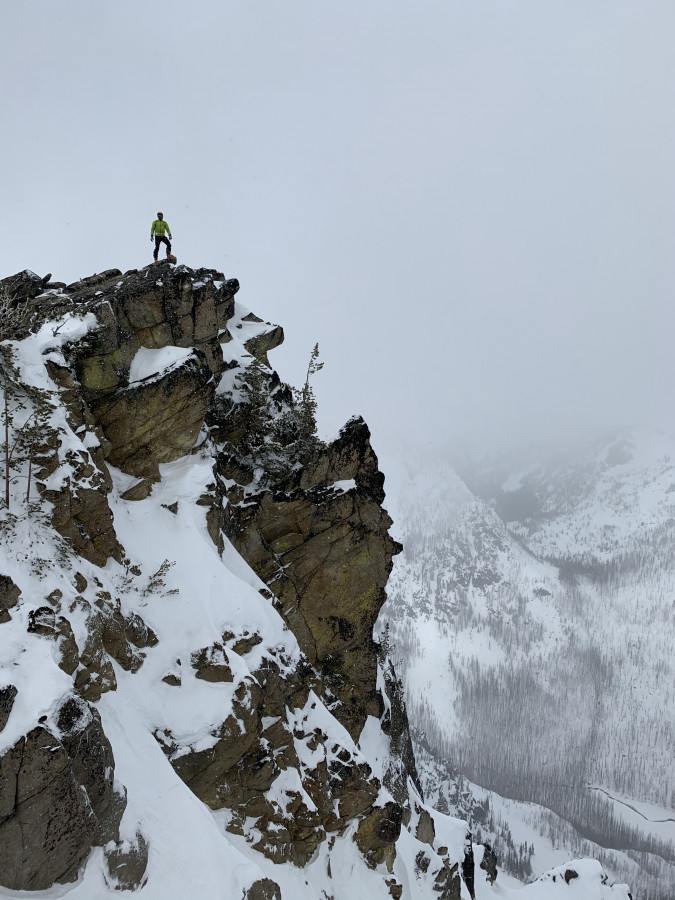 Looking back at our tracks down Axis 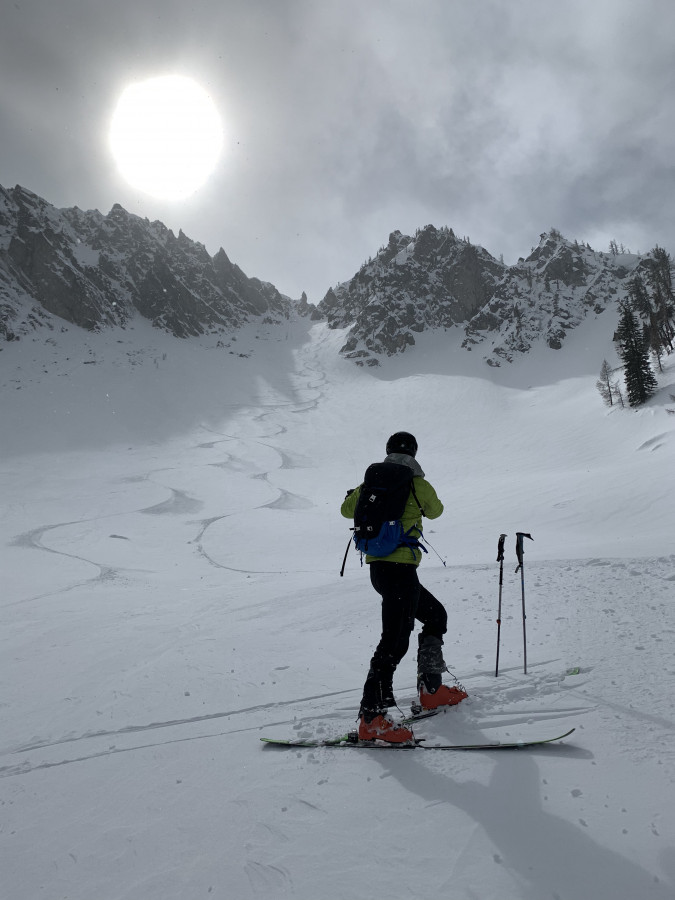 awesome ski and great photos! Thanks for the report!

Well, looks like your trip is off to a great start.  Looking forward to some other reports.  Best of luck, stay safe.

Great start. Have a fun trip.

Here's a quick video edit with some ski footage from Cashmere & Axis: https://www.youtube.com/watch?v=GJWoTv58qXA