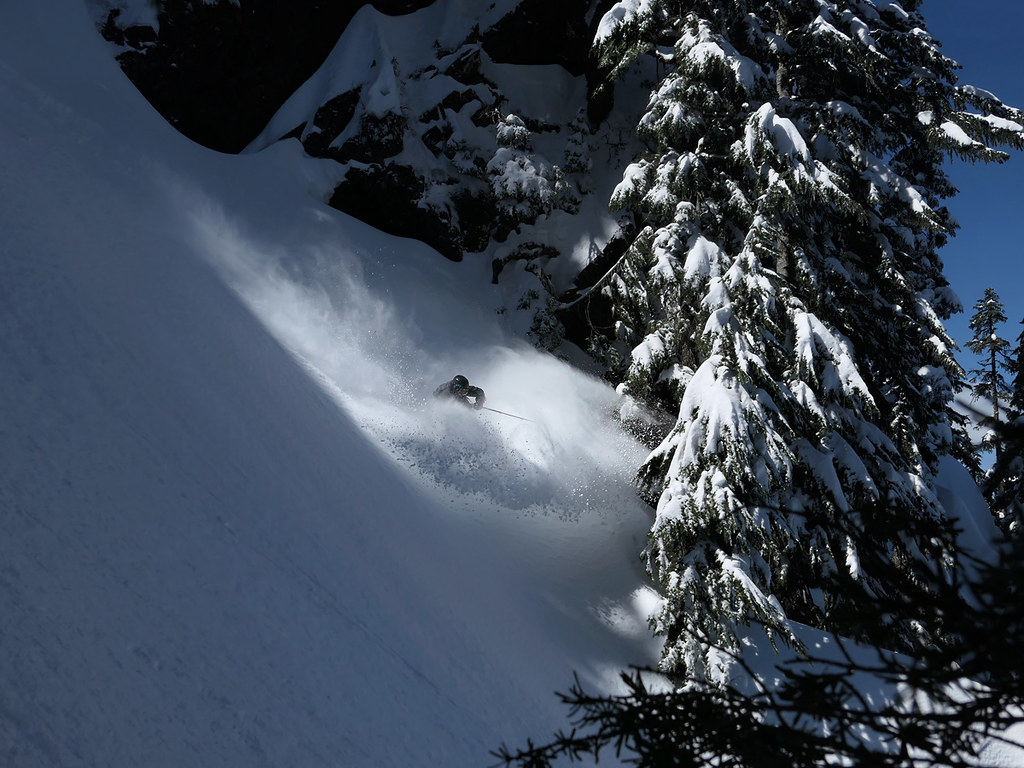 That pic is sic! Reminds me of a backlit wave. Thanks for sharing.

Thought twice about leaving that report up eh? I doubt it will become super popular on that line.

What happened to your ski?

yeah you know nature, ephemeral, things change, just like this report, last of the snoqualmie powder then boom! here we are

You've been there before Eric, with these two, looking down the line-- 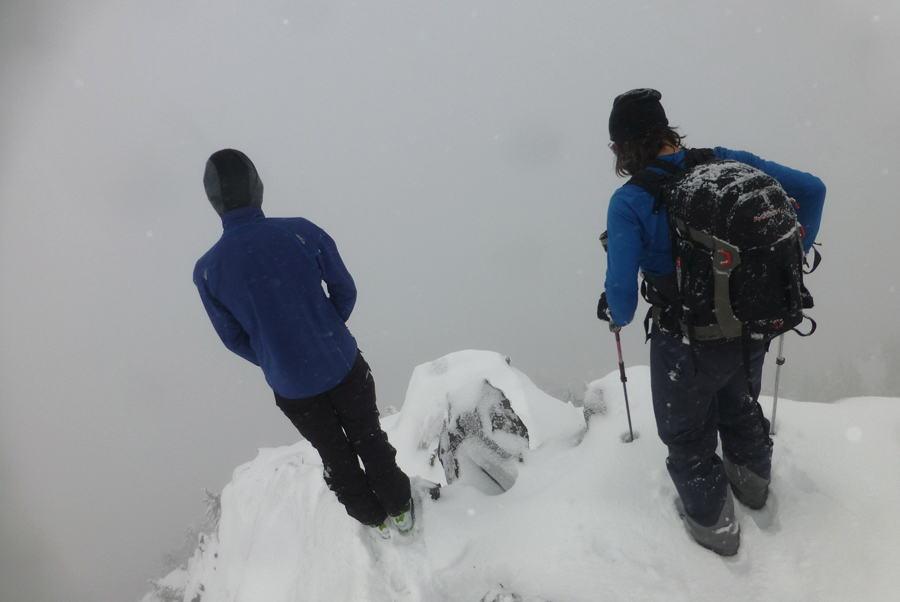 visibility was better Sunday tho, and fatter--and you're right Kam, not oft "in"

As for the ski, not sure, couldn't see anything for a couple seconds... and nobody else saw it either. Well, Tim did, later. Still can't believe he found it. Grateful. Now I don't have to hike back there in the summer though it would have been interesting...
I did tighten my bindings when I got back... kingpin towers in back been getting extra play, wobble. I prob got a bit far back but still think it shouldn't've released.

good to hear from you both, I need to head North