I heard Jesus talking to some skiers and she wanted to know if they believe in the Resurrection... "well do you or don't you?" And I guess the point was made, she brought back Winter, and now--well, I'm not sure what I believe but I know I'm a believer. 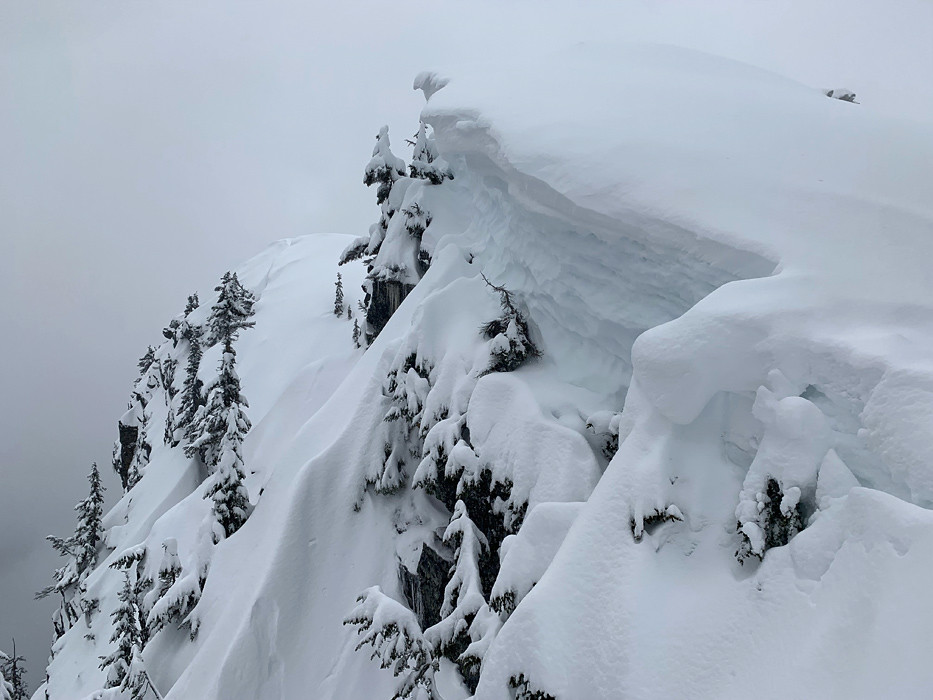 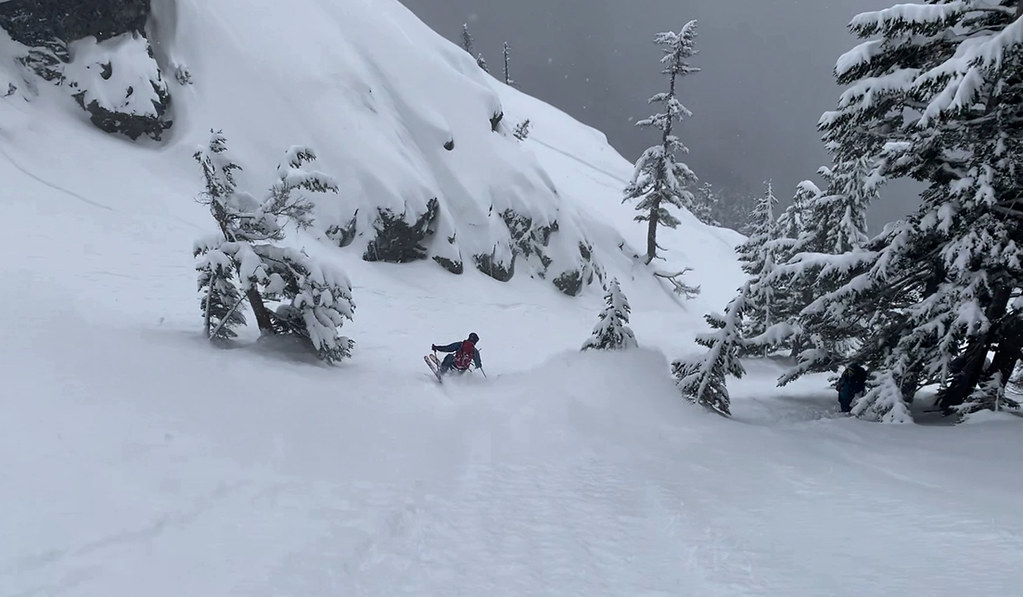 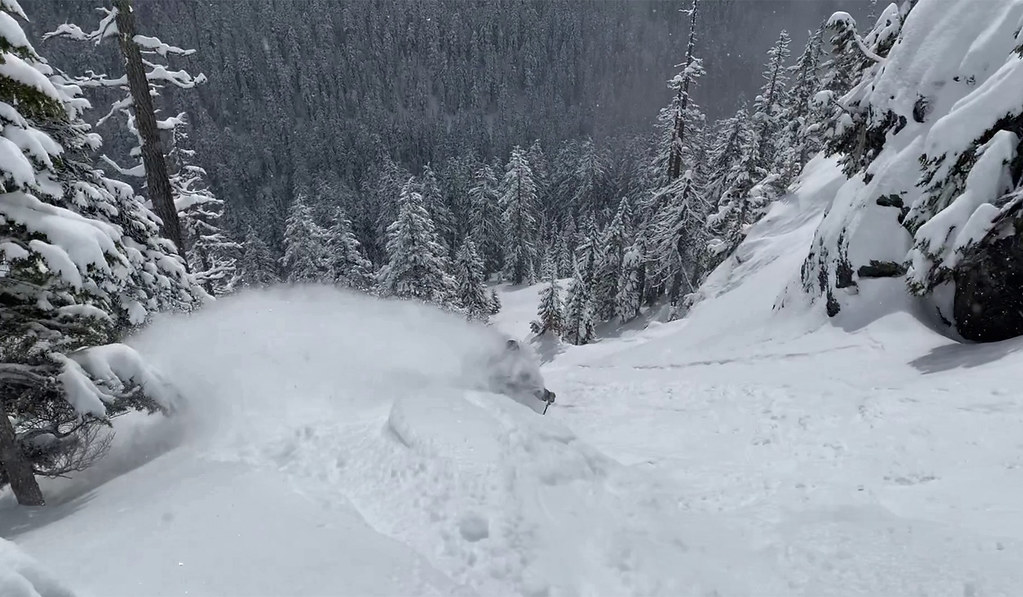 It's April and it snowed all day! Hallelujah! 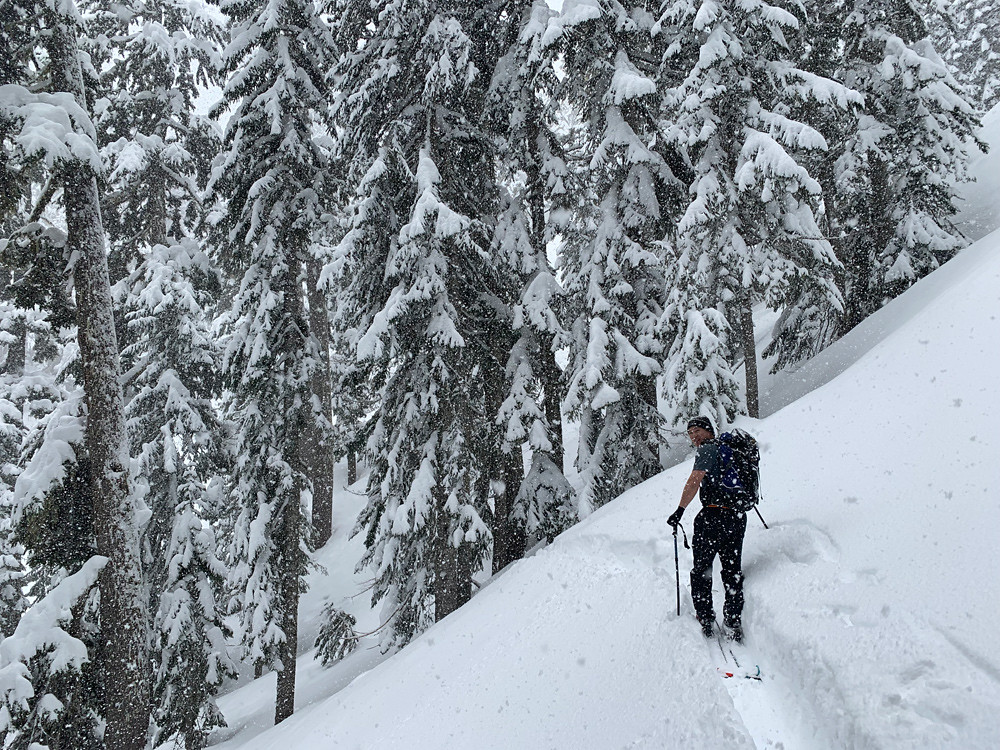 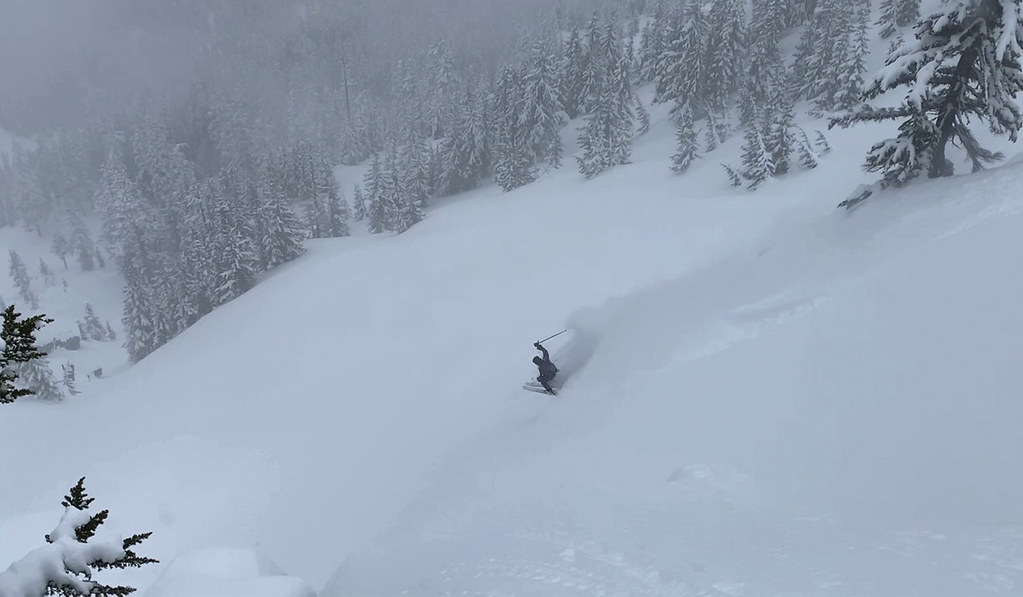 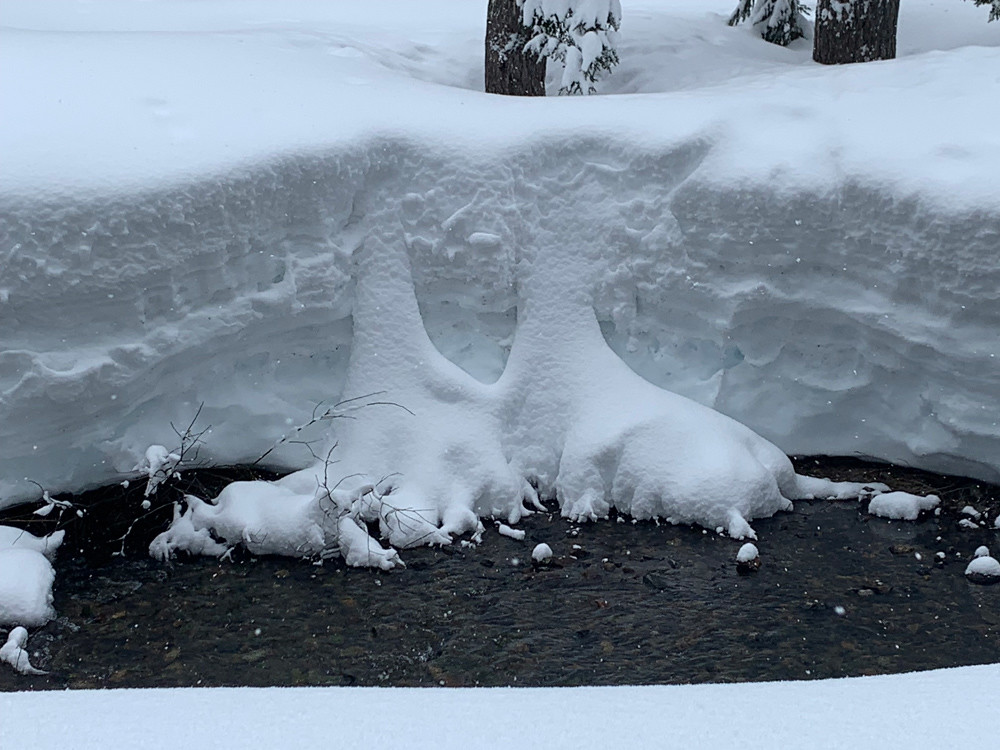 Shot Jason a text 4/12 afternoon highly recommending a sick day. Turns out he was very sick. We went to visit the doctor. 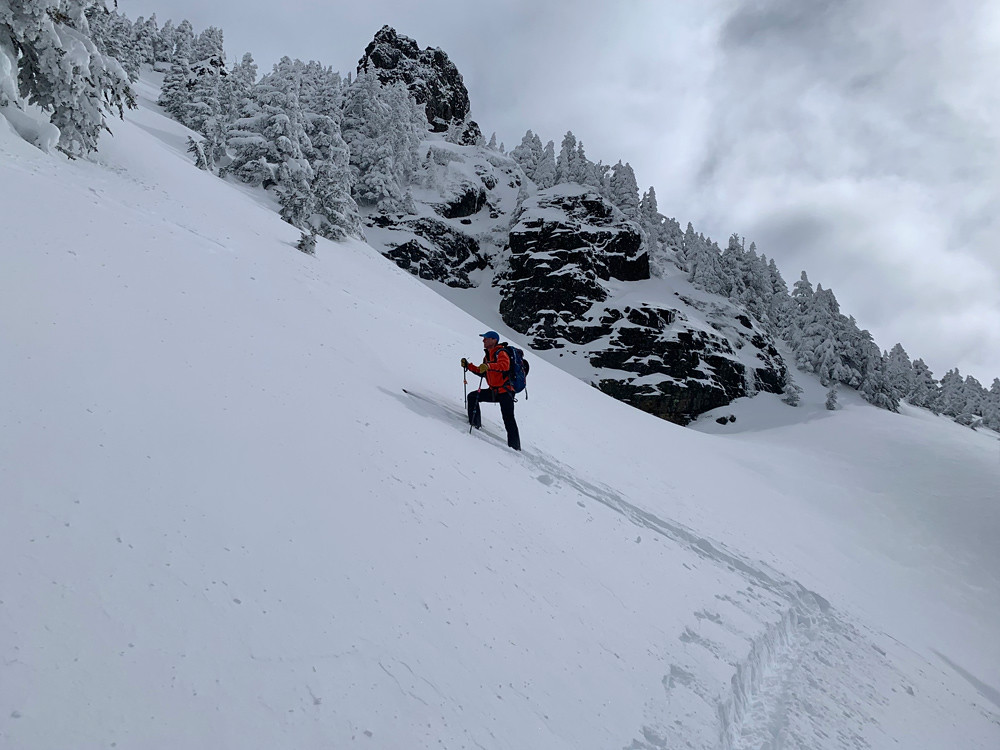 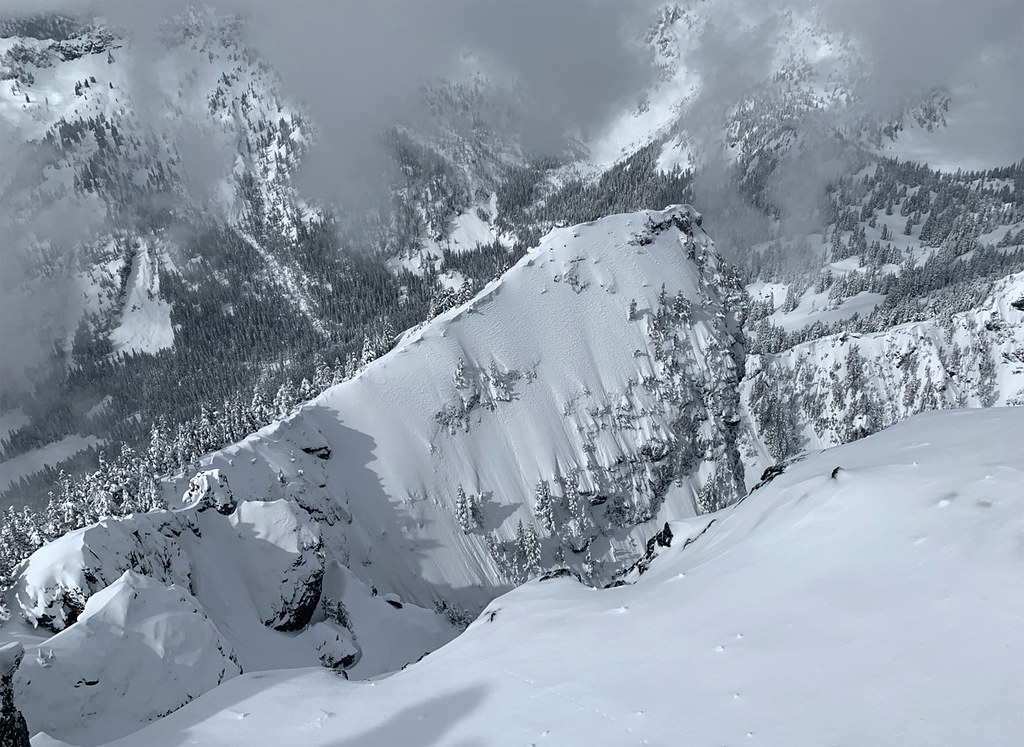 Nice view of Roxoff down there, amongst other things. 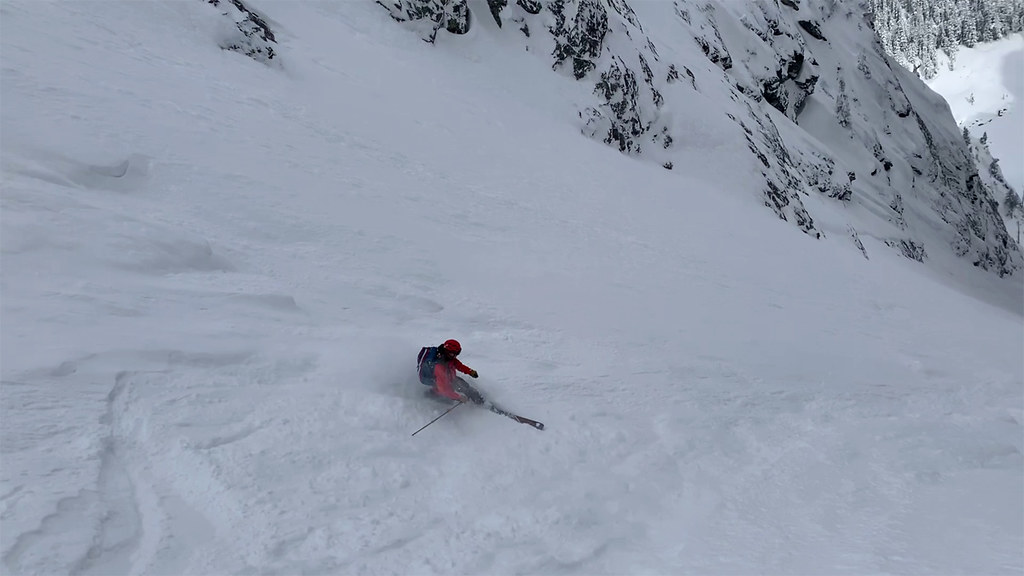 First run down this line for Jason. Feeling better already. 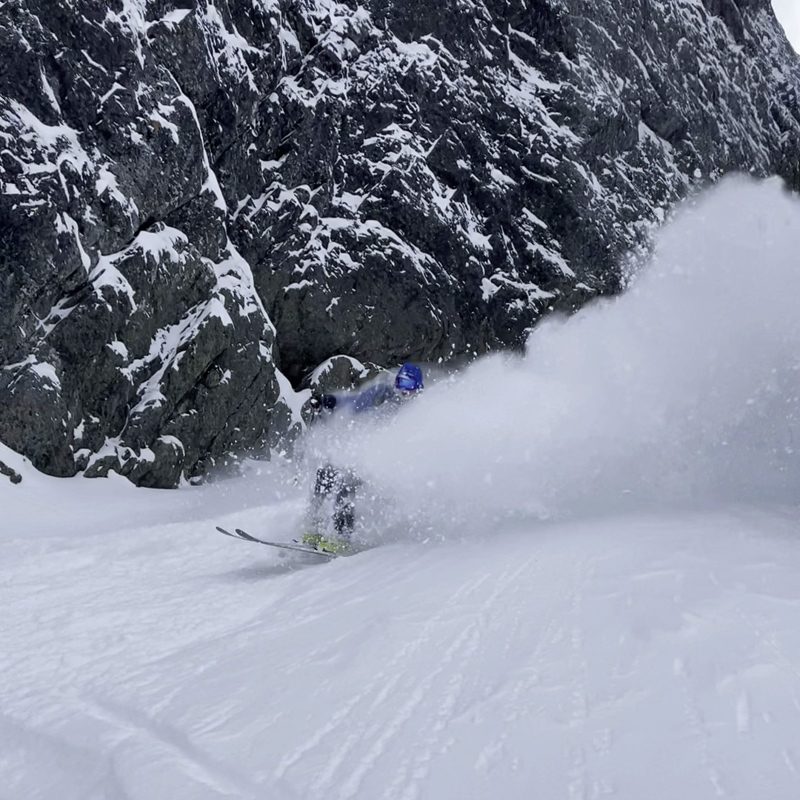 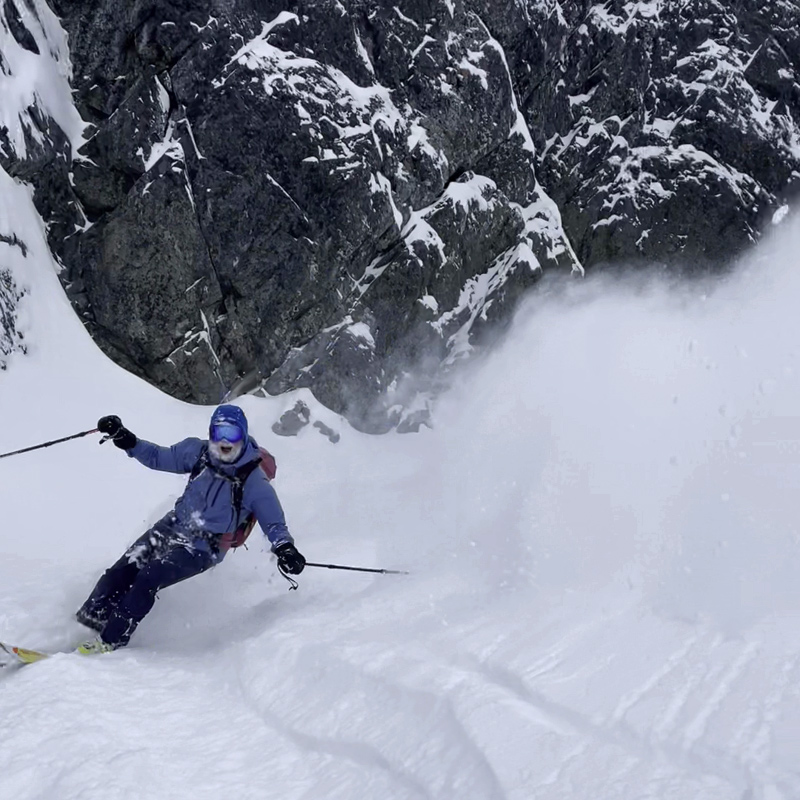 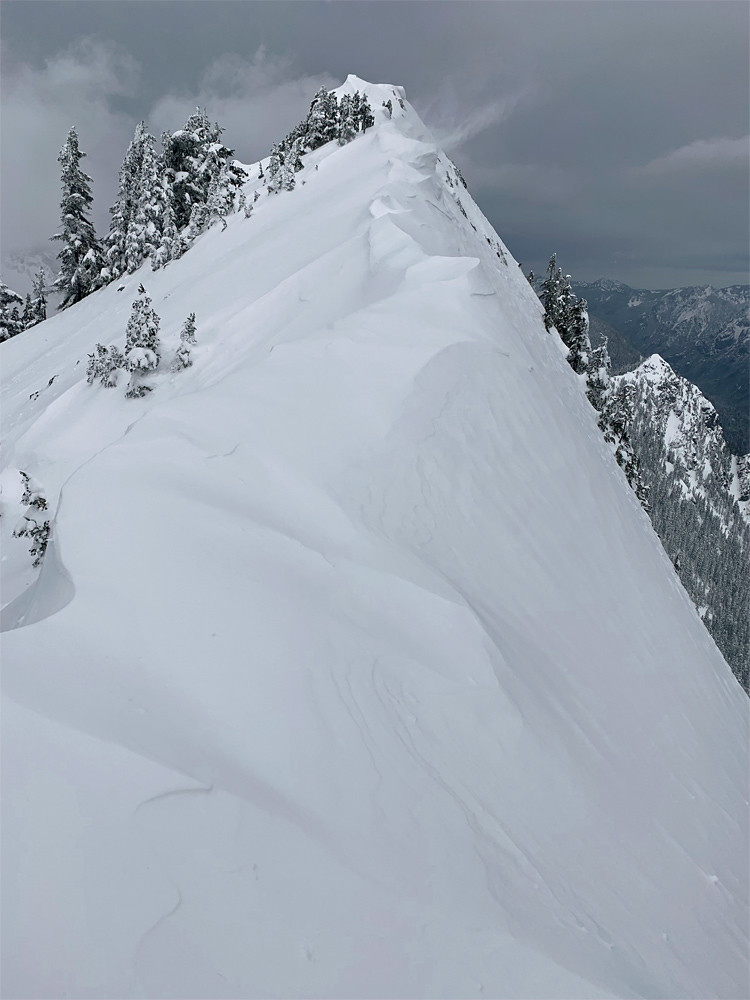 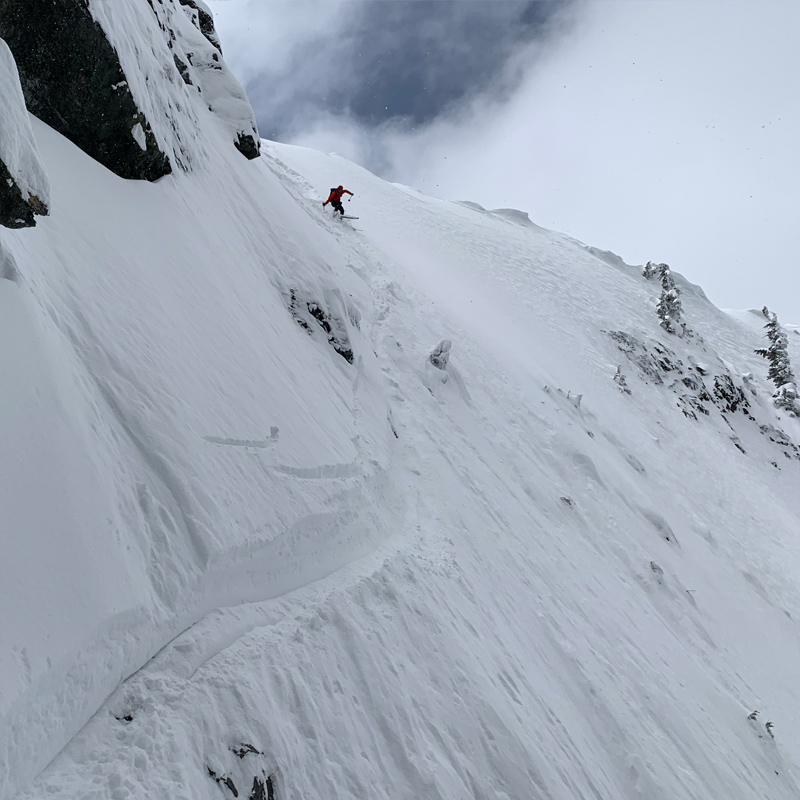 It's steep and then it rolls over. Slim margin of entry (nicked a rock or two) but it went clean. No rope needed. dirty dirty rope😜 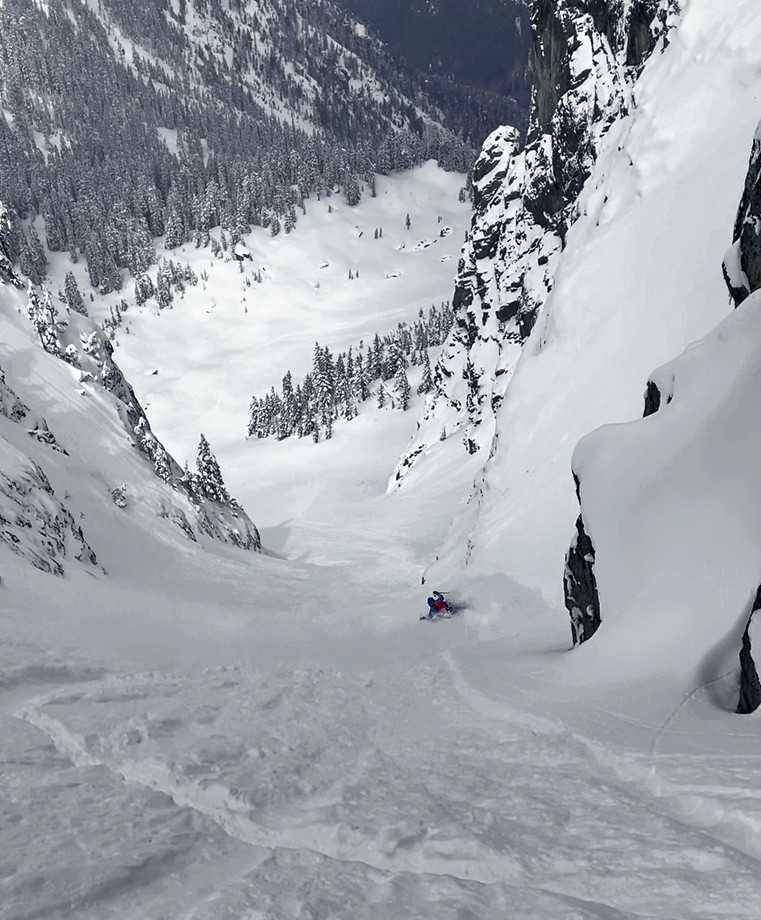 Dreamy!  Feeling better all the time. Not stopping now. 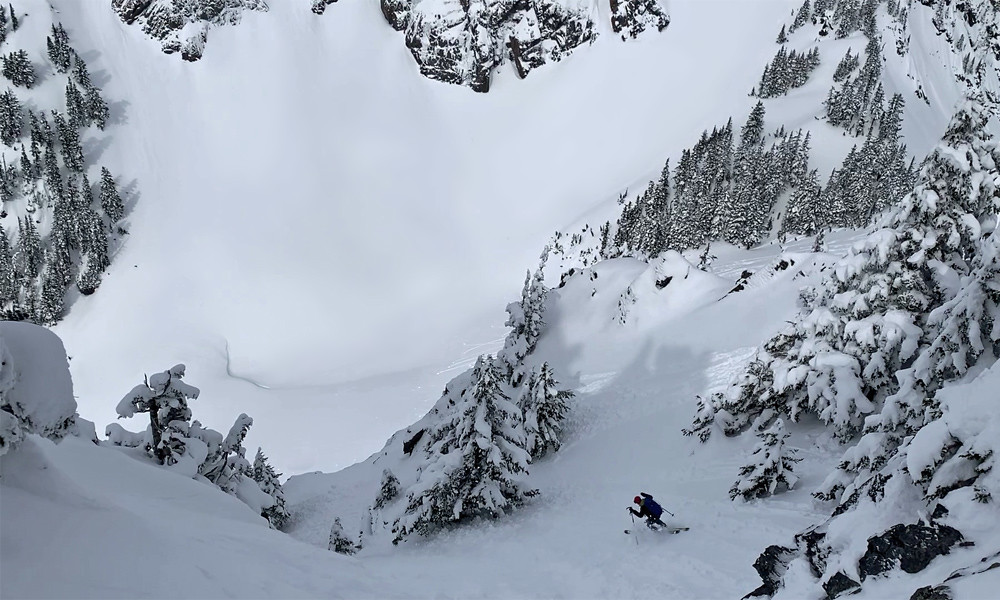 Rob skiing some crusty snow...scenic perch tho! Crawled back out of this one. Discontinuous line, a reflection that despite April's bounty we're still at 75% of average snowpack.

I've never seen an April like this...just like I've never seen a December like we had. We skied lines in December that were un-skiable in January...in February...and even in March. A weird year for snow.

I'm not sure what the groundhog did but the easter bunny definitely delivered this year...

The Pow is Risen

Nice job wiping off your snotty nose. I looked at that a few weeks back and didn't think it looked "in" enough for me. But shit, you guys got it done. Wouldn't have wanted one of those sharks to toss you though, eh?

Thanks Kam. I definitely took a hit of helium before skiing that bottom entrance... shark proofing!

Will told me a bit about your trip, massive, spandex worthy--well, I at least would need all the help I could get on an excursion like that.

🙏 somehow it all just came together without feeling like too much beatdown...