5/4/19
WA Cascades NW (Mt Baker)
910
1
Posted by Doug Hutchinson on 5/8/19 4:12am
Skied a cool solo linkup last Saturday that although pretty obvious, I haven't seen written up before. Summiting and skiing Klawatti, Austera, and Eldorado provides two great descents (off Klawatti and Eldo, Austera is too short/mellow to be considered a great ski) and a lot of outstanding cross country travel in one long, but not too long, day. Eldorado is definitely the ski highlight but adding the two other peaks makes this tour more satisfying.

The total vertical for the day was about 8-9K over 14-16 miles (discrepancy between my watch and phone). The vast majority of the vertical is gained reaching the East Ridge of Eldo so Eldo-only skiers have done most of the work and might as well tack on one or two other summits/descents.

I summited Klawatti first via the south face because it was already baking in the morning sun. It probably would have been a knee deep, solo, post-holing nightmare but I had the fortune to draft in the booter put in about an hour earlier by four climbers. This south face is consistently steep, but not too steep to ski (around 45 degrees) and offers about a 700' descent.

Heading north on the Klawatti ice cap towards Austera is the type of high mountain travel that makes ski mountaineering so enjoyable. The views of the McAllister Cirque on the left and then back to the north sides of Forbidden, Boston, Buckner, etc. right, while skinning below all the Austera Towers easily justifies the side trip to Austera. It is an easy skin to the top of the southern, sub summit. The true summit is about 20 feet higher and 200 feet north, but required traversing some large cornices (which I did) to reach the base of the narrow chockstone gully. This narrow gully held warm, rotten snow over loose rock so I did not attempt it. I doubt thisl gully would ever be skiable (too narrow) so stopping on the sub summit is the logical move for skiers. After ripping skins, it felt like about a one minute ski back to the Klawatti-Austera col.

From the col, it is easy going back across the Inspiration Glacier to reach Eldo's East Ridge and the herd track up. The ski from Eldo's summit down to the boulder field is about as fun as ski mountaineering gets. May is the month. 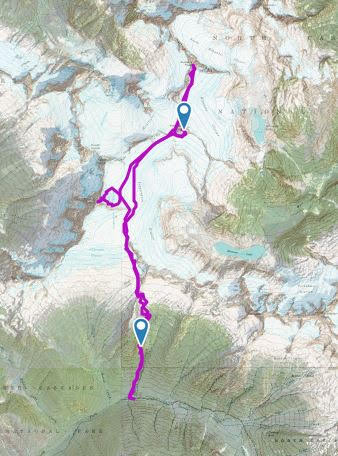 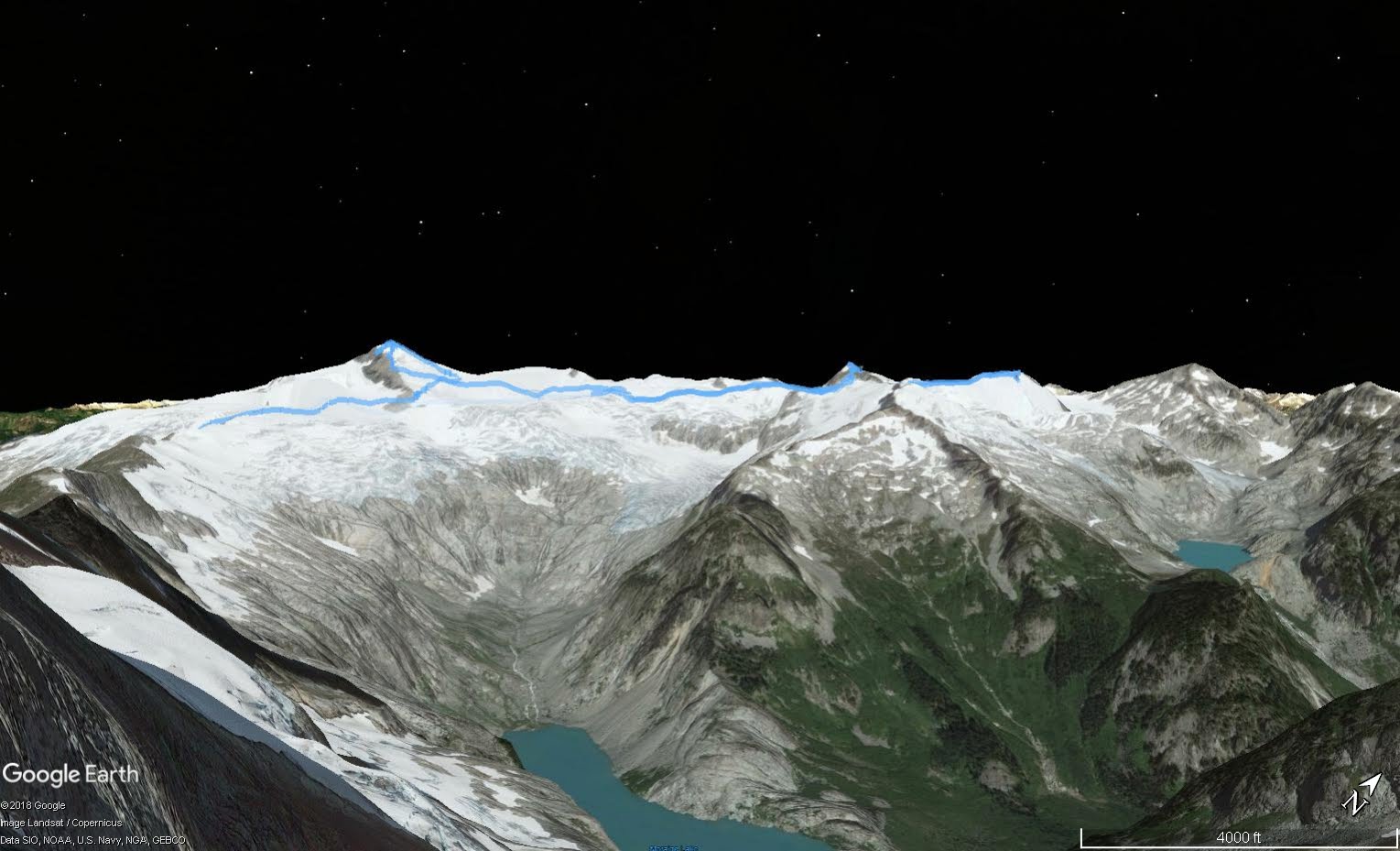 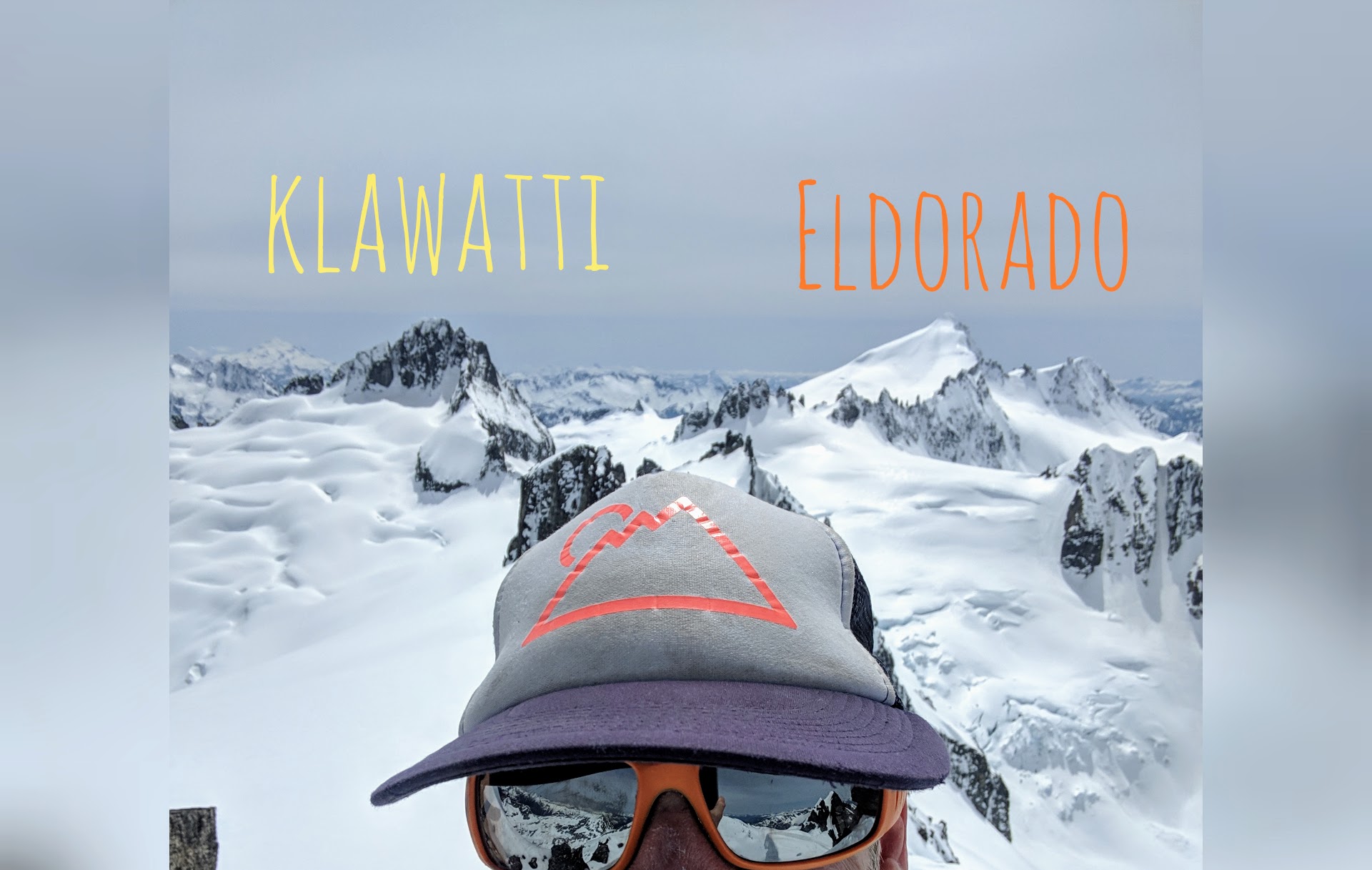